James Cameron is one of the biggest directors of all time, arguably the biggest to make his bones in the 80s, and a man who is still able to command astronomical budgets that are paid back ten fold every time out. It’s become an industry standard to say “Why bet against Cameron?”, but it’s true. Every time out, the dude just slays the box office.

Even when the movies themselves aren’t particularly good or memorable, the economic windfall from them is mind boggling. There’s been a distinct change in his output in the last 20 years (ie, two movies). He was a man who was proudly dealing in outright genre fare, elevating B movies with expert craft and slightly subversive elements to make them completely original.

With his last two films though, he has become more interested with being a prestige filmmaker. Going with overly long run times and love stories meant to move the masses and win awards, he’s shifted away from his less “respectable” modus operandi to a bastardized version of David Lean or Kevin Costner. But very few filmmakers can be credited with being as innovative and game changing as he has been, with The “Terminator” and “Aliens” being two of the most imitated sci fi properties of all time.

Regardless of your personal feelings of the man, it is inarguable that he is a master at audience manipulation and a master at visual artistry, wrangling some gorgeous and larger than life imagery to the big screen. Making only 7 movies over the span of more than 35 years, his movies are event when they are released. His ambition hasn’t been lessened with age, as he is planning on making 4 Avatar movies back to back to back to back. With filming reportedly beginning soon on this epic monstrosity of misguided ego, let’s take a look back at the work the man has done and rank them accordingly. 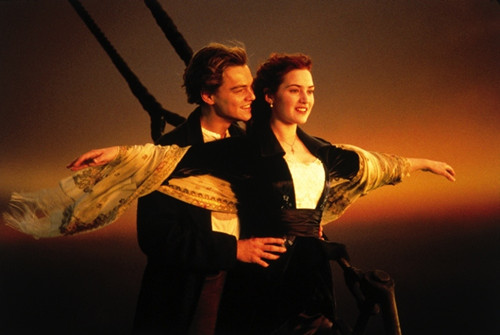 This movie is just a mess. It’s not good by almost any conceivable measure. The acting is at best serviceable and the narrative is beyond rote, a love story that is anchored by two incompatible characters in a story being helmed by a man who has no idea how actual humans act. It’s overwrought awards baiting crap that managed to connect with the most massive audience ever at the time. Which just goes to show, never doubt Cameron. He’ll make you money every time. But the most infuriating thing about this is that the ending is actually really good.

The movie shifts into becoming a disaster movie and Cameron’s genre roots come out to play. And in this ending, he shows a bigger mean streak than he did in his antiseptic sequel to The Terminator. The effects work is great and he manages to handle the stakes amazingly, showing more humanity here than he had in the entire 8 1/2 hour run time that preceded it (rough estimate).

Seeing Cameron let loose on such a big budget effects set piece is always gonna be a good idea, no matter how weak the surrounding parts are that surround it. Leo is fine here, playing dashing perfect man more than an actual human. It’s a shame he did this because he would spend the next 20 years trying to run away from this image in “classier” pictures where he would be grungy as shit in boring as hell roles.

Kate Winslet isn’t give much better to do, but she handles it all with class despite being utilized solely to score nudity points. This would be the first instance in Cameron trying to step out of his lane and become a more “respectable” filmmaker looking for awards to sate his massive ego instead of making actual good movies with passion and originality to them. At least his next movie would be a step up for the most part.

The movie that was to kick start a 3D revolution in Hollywood, it dominated the box office to record setting numbers and is still the highest grossing movie ever (not accounting for inflation). 3D rolled around for a while and still exists in some form to this day, but it is in no way a dominating force in cinema. Movies released in 3D are barely marketed as 3D releases. Most damning of all though is that in the 8 years since the movie was released, nobody cares. It’s a stunning phenomenon that can be blamed on a multitude of reasons, but the simple fact is is that the movie lays dormant in the pop culture consciousness.

What doesn’t help it in this regard is that despite its standing as a cutting edge piece of tech from the 3D and motion capture angles, the storytelling on display is some of the most basic and cliche ridden in a movie ever. There is nothing original in the story, a glossy repurposing of older movies like “Dances With Wolves” and “Ferngully”.

Even worse is that Cameron is chasing the same epic love story joint as he did with “Titanic” and is just as successful as last time, only he doesn’t have the actors to make it connect. Not to say Zoe Saldana is a bad actress (Sam Worthington is a different discussion), but when the characters you’re supposed to care about are lifeless and animated, connection can be hard. Visually the movie is gorgeous, but it too has a been there done that feel to its visual aesthetic. And once again, Cameron comes to life fully in the end when we get to the big action climax.

It’s a sad reminder that few are as good at full bore action filmmaking like Cameron, but that Cameron is trying to steer clear of that. Cause for a movie this long, there ain’t much action in it to keep ones attention outside of its blah love story and college bro level of “wokeness” in its environmental messaging (unobtanium forever).

The man has sadly dedicated himself to this series for the foreseeable future, planning 4 more movies to be released at some time in this plane of reality that James Cameron still lives in. Would be nice to see him branch out to something else. But when you do nothing but succeed at the level he does, self indulgence can be quite easy.

This is a movie that had a troubled production history in a way that boggles the mind and has had a troubled history after its release as well, with a substantially neutered cut of the movie being the primary cut that has been seen by everyone. There’s a longer and much more complete/coherent cut of the movie out there that has made the movies rep a lot better than it otherwise would be.

Its production history shouldn’t have much bearing on ones opinion of the movie, but it is interesting to have in mind when watching it. Knowing that Cameron was an even more unbearable asshole than usual helps to inform how the movie became as self indulgent as it is. Looking at the amazing underwater scenes that take up the majority of the movies set pieces and knowing that he almost killed his cast by being reckless as hell in his perfectionist tendencies.

You believe that this crew is a weathered and tight unit beset by unusual circumstances because they were. Ed Harris clocked Cameron because of Cameron’s nonsense, and Ed Harris isn’t a man known for his easy going on set tendencies. Now there’s plenty of good/greatness in the movie to appreciate it on its own terms without any metatextual background to inform it.

Watching Cameron’s version of Close Encounters of The Third kind is a fascinating experience, how the presence of aliens cause varying reactions that can lead to a tragic outcome but in the end proves to be a positive experience. What’s a shame though is that the extended cut would have made all of this more clear. But you’ve got the crew that is more open to the presence of the aliens.

Then there’s the marines, a clear visual and narrative callback to Cameron’s own Aliens, where the marines where the good guys. And as another callback within his callback, he has Michael Biehn play the head of the marines here. But this time out the marines are not a positive presence in the narrative, representing the worst and violent tendencies of humanity that instantly distrusts the aliens. But by giving Biehn a reason for going so big in his villainy, he gains a bit more layers. His deep pressure madness doesn’t paint him as a cartoonish villain. He’s just a simple grunt thrown into a situation way out of his pay grade on every level, breaking his mind in the process.

What sinks (natch) this movie is the grueling run time, focusing on stuff that we don’t need in lieu of the stuff we do. Focusing on the alien stuff and the world building which is what the extended cut did, but instead we get endless scenes of technical wizardry that amounts to little more than showing off. He could have kicked the narrative into gear a little bit, get some propulsion going. But he didn’t.

And the ending is quite a weird one, as it just ends. There’s no real thematic reasoning for it to end, as it builds to this massive moment. But Ed Harris not being dead and embracing his aggrieved wife is where it chooses to end and that’s a shame. There’s alot here that is peak Cameron, some absolutely amazing set pieces that stand tall among his filmography. Just some weird editing choices and a self indulgent nature brings it down amongst his better/more complete work.