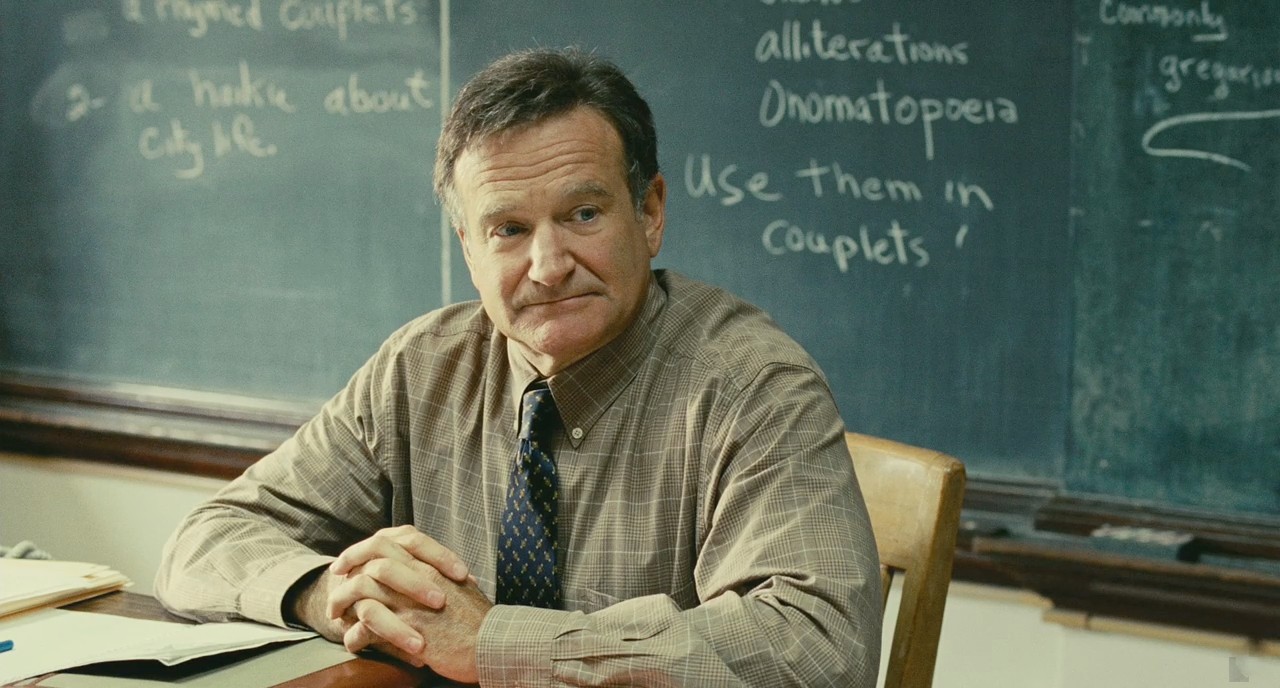 For those that remember, the 2000s were a relatively dark and difficult decade: with terrorism on the rise, large wars on multiple fronts occurring across the globe, and a financial crisis that crippled economies across the globe, things were looking grim. And appropriately enough, in this environment this decade produced a number of pretty great dark comedies.

It seemed that audiences were ready for their comedy to reflect the increasingly awful circumstances they found the world in. And on this list, there are some films that go far beyond appropriate realms: demented children’s entertainers, psychopathic high school students, and likeable slashers are just some characters you’ll encounter in these dark comedies. And just like the decade, it ends with a grim film that’s a never-ending series of terrible events befalling a seemingly innocent character. You know, just like the decade itself did to all of us! 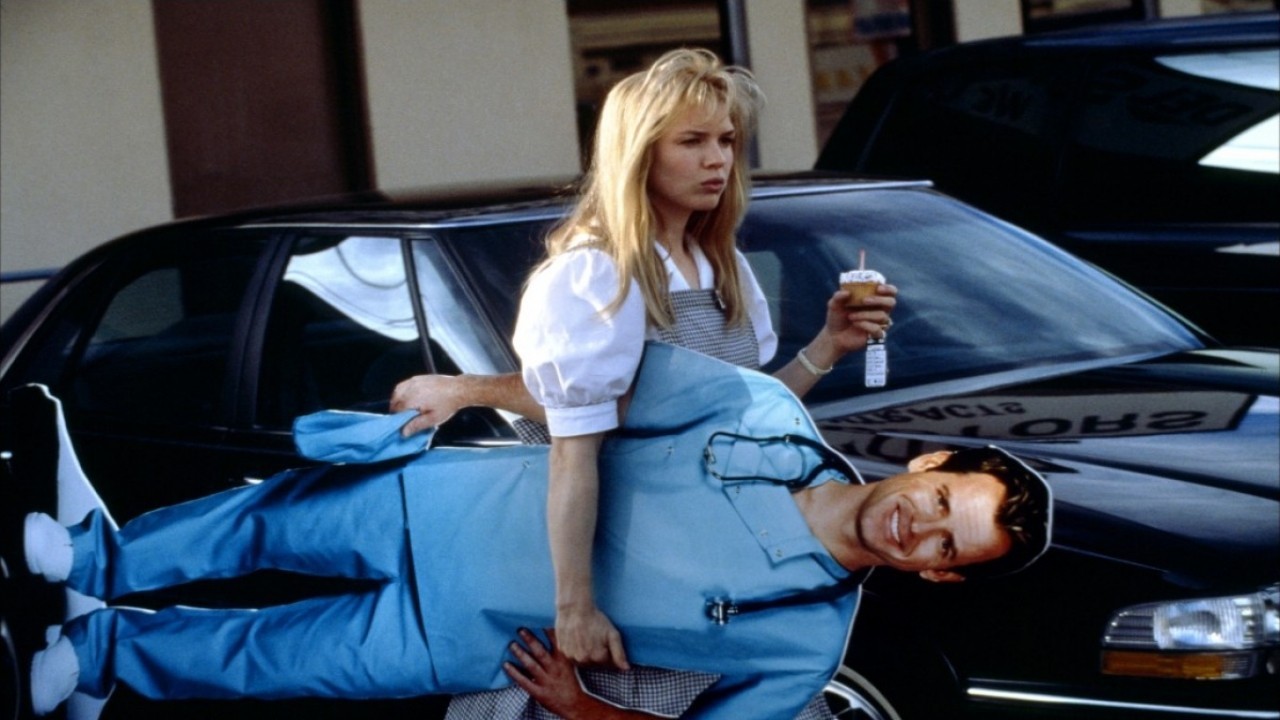 Soap opera-obsessed waitress Betty (Renee Zellweger) witnesses the brutal murder of her (unbeknownst to her) drug-dealing husband. This sends her into a fugue state in which she begins to believe the soap opera she watches, A Reason to Love, is her real life and she’s Nurse Betty on the show. She takes off in her dead husband’s car, which has a cache of drugs in it, to Hollywood, where through an improbable series of events ends up actually being an actress on the soap opera. But the hitmen–played by Morgan Freeman and Chris Rock–chase after her for the drugs, with Freeman’s character falling in love with Betty in the process.

This undeniably weird comedy mines a lot of humor from the traumatic state Betty finds herself in, while Zellweger’s straight performance as Betty has the effect of Peter Sellers as Chauncy Gardener in Being There, where Betty’s sincerity as her character in her fugue state is taken either as a ruse, an audition, or at face value. But this is also an absurd comedy with plenty of murder and violence in it, which provides a solid contrast to Betty’s sunny disposition. A unique comedy about murder, a mental breakdown, and drugs, Nurse Betty is as oddly dark as a dramatic turn on a soap opera. 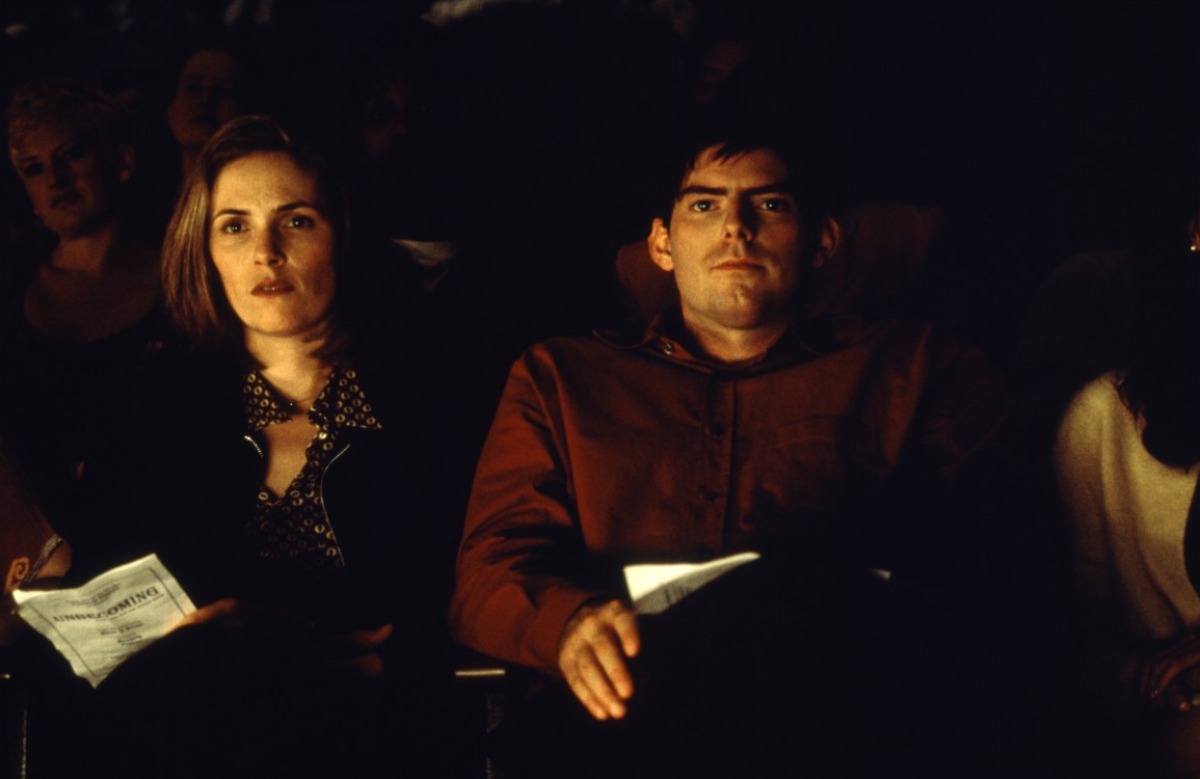 After his mother dies, immature amateur playwright Buck reunites with his childhood friend Chuck. Now going by Charles, he’s a successful music industry executive in Los Angeles with a fiancee. But Buck harbors deep-seated feelings for Chuck, since they had sexually experimented with each other as boys; meanwhile, Chuck has repressed these memories. Withdrawing his life savings, Buck moves to Los Angeles where he starts writing a play while also stalking Chuck.

A dark comedy/drama that addresses a number of complex psychological issues, including the fears and insecurities heterosexual men who had experimented when they were younger with other boys may have, Chuck & Buck was a modest indie hit. Dark in its approach to the subject and depiction of Buck, who seems rather unstable at times, Chuck & Buck is a memorable comedy-drama and entry into queer cinema. 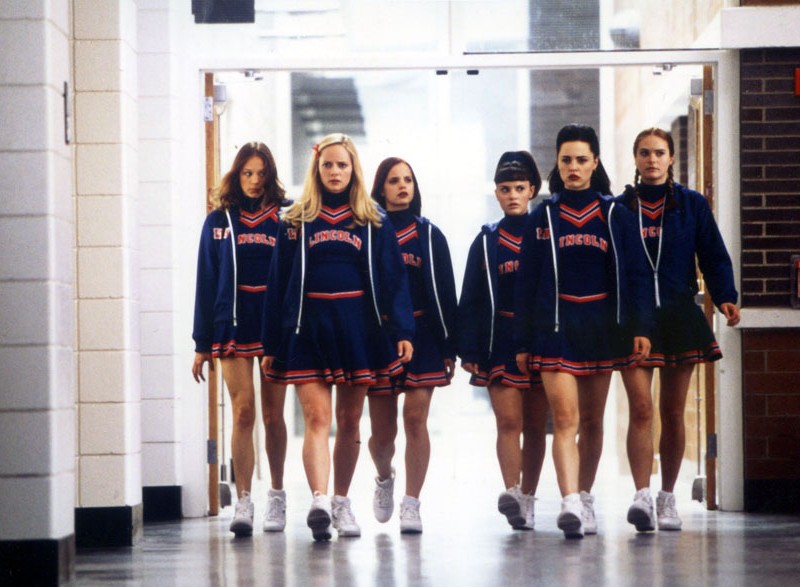 Cheerleaders with guns. What’s not to like? When high school head cheerleader Diane gets pregnant by her football player boyfriend Jack and both their parents disown them, Diane comes up with a plan: rob the bank in the local supermarket–with her cheerleading squad. While they all wear cheerleading uniforms and masks. This robbery is also interspersed with the squad’s all-important rehearsals for the winter ball and having to procure weapons for the robbery.

The incongruous juxtaposition between being a light-hearted teen movie and a crime caper gives Sugar & Spice a darkly satirical edge, and its depiction of teenage cheerleaders robbing a bank with loaded weapons is a strange image, indeed. A bomb upon its release and receiving negative reviews, Sugar & Spice is nonetheless a surprisingly funny movie that keeps it soft and silly on the surface but with a weirdly dark undercurrent running throughout. 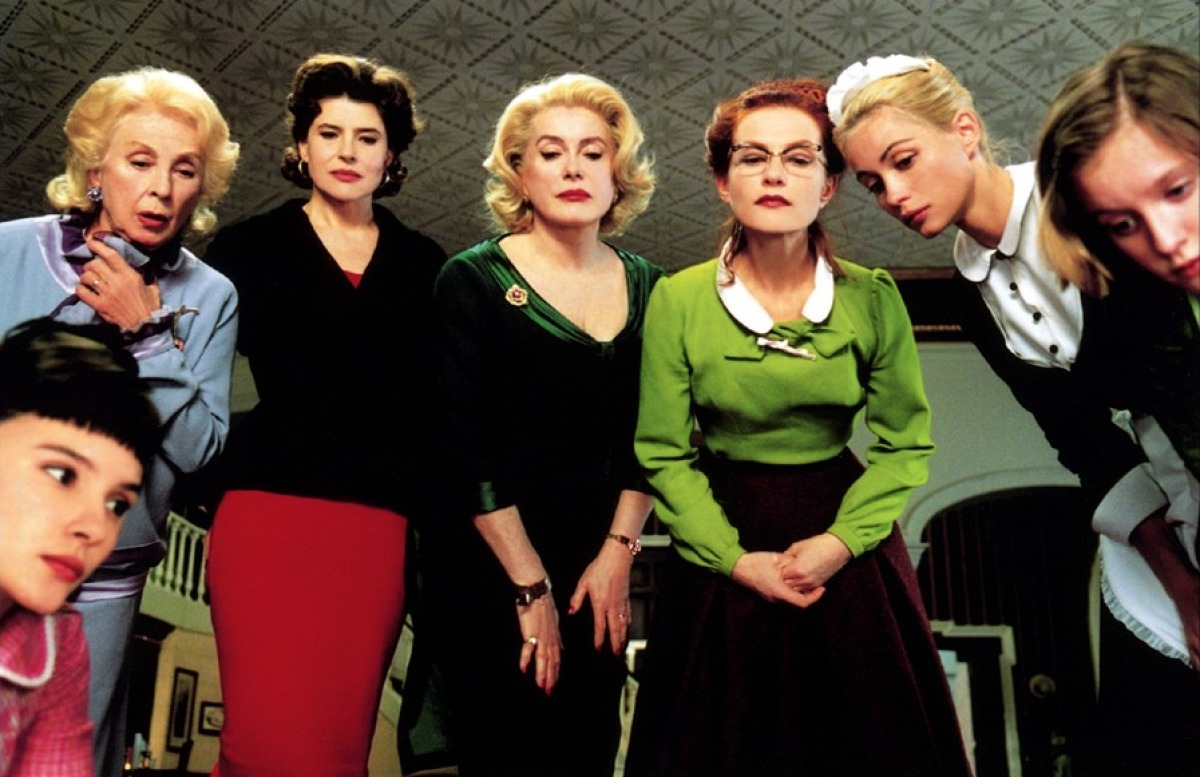 Set in the 1950’s at an isolated country estate in France during Christmas, the master of the house is found dead with a knife in his back, and one of the titular eight women present must have done it. Snowbound, this eccentric group of women–all either relatives or employees of the murdered man–try to unravel whodunit, revealing a number of secrets each one has, along with a motive for killing the patriarch of the house.

With a female-centric cast comprised of some of France’s best actresses, 8 Women is a dark and funny murder mystery. The film’s style is purposely evocative of Hitchcock and Douglas Sirk’s films from the 1950s and successfully blends the genres of comedy, mystery, melodrama, and musical (yes, there are several musical numbers throughout). This darkly comedic throwback French farce murder mystery musical is not to be missed by any Francophile. 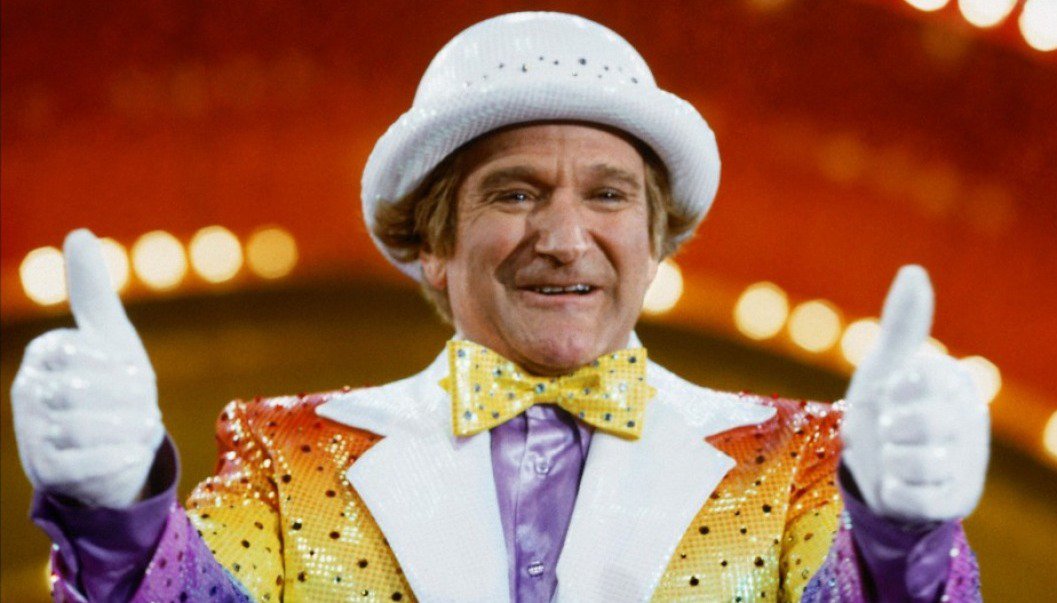 Who’d ever think the world of children’s entertainment could be so cutthroat? Certainly not Sheldon Mopes (Ed Norton), a perpetually positive true believer and children’s entertainer. But when Randolph Smiley (Robin Williams), star of “The Rainbow Randolph Show” and off-stage an arrogant, foul-mouthed egoist, is exposed for taking bribes from parents to feature their children on his show and fired, producer Nora Wells (Catherine Keener) hires squeaky-clean Mopes as a replacement. And while Mopes finds great success, the now-unhinged Randolph plots his downfall while a group that run corrupt children’s charities plan on killing Mopes because he won’t play ball.

This delightfully nuts movie features one of Williams’ best comedic performances, playing a totally berserk children’s entertainer with abandon, while Norton’s good-guy Mopes is the calm center of this profanity-laced storm of a movie. It tanked at the box office but has since found an appreciative cult audience that finds the film’s contrast between the ideal of children’s entertainment and the backstabbing cesspool behind the curtains a pitch-black humorous concept.