Now onto the good stuff, the middle portion of the original trilogy takes on a different tone than its predecessor. After the tight road-chase adventure of “The Fellowship”, “The Two Towers” feels more like a proper medieval movie, with some politics to boot.

Split into three main storylines after the breaking of the fellowship, Jackson masterfully regulates between each adventure with astonishing skill. The center of attraction is, of course, the Battle of Helm’s Deep which took three months to film and is among one of the greatest screen battles of all time.

While book purists will never be satisfied with any film adaptation of any book, the writers show how a filmmaker can take liberties but still stay loyal to the spirit of the source material. Timelines are shifted, certain characters are re-imagined, certain moments are given the Hollywood treatment, but it works surprisingly well even for some die-hard book fans. And, daresay, it improves on some of the book’s weaknesses.

The new additions to the already amazing cast are excellent. With so many characters, they never overwhelm and feel fully developed in their own right, especially Andy Serkis, who turns the tortured Gollum/Sméagol into one of the most memorable movie characters in history. He’s lovable yet creepy, he’s funny yet heartbreaking, he’s stubborn yet insecure, a perfect blend of the dualism in a split personality.

What makes this lesser than the other two chapters, besides the drawn-out Frodo and Faramir storyline, is that it’s in-between two more thrilling feats.

Critically acclaimed, record Oscar-winning, and box office-shattering, “The Return of the King” delivered on everything it promised and set up since the first chapter. Its release solidified “The Lord of the Rings” as one of, if not the best, and most consistent trilogies in film history.

The sheer ambition on display is awe-inspiring and what’s even more impressive is the fact that they pulled it off. All of the different departments are involved in making a film outdo themselves with an attention to detail and a fully realized world that is nothing less than exceptional.

It mixes the characters’ emotion with action set-pieces, special effects with practical effects, and studio sets with location sets. It’s what made the original trilogy so real yet magical. And visually speaking, it’s breathtaking against Howard Shore’s powerful score.

The Battle of the Pelennor Fields is as epic as anything we’ve ever seen, with Legolas and Gimli’s body count contest and Éowyn’s “I Am No Man” moment being particular highlights. Say what you will about the Army of the Dead ending the battle anti-climatically, it’s still a hoot of a sequence.

It’s jam-packed to the brim with memorable moments, making the three hour plus runtime feel like nothing. It’s rare to see a series maintain its consistency as it gets bigger and darker, and “Return of the King” is a satisfying conclusion to the trilogy which deserved all the success and acclaim it got. 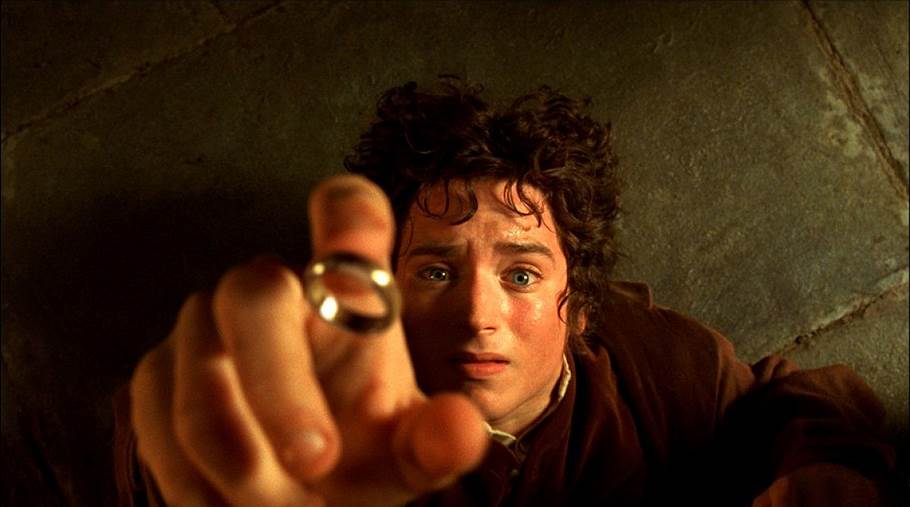 Our first foray into Middle-earth was unlike anything we’ve ever seen before or since. Opening with a prologue that sets up the story and gets backstory out the way, it brings Tolkien’s world stunningly to life.

Working more as a chase movie with a ‘men on a mission’ premise, it’s distinctively different than what came after. The pace eloquently moves things along, never staying in one place longer than necessary, with each new location and set design being the stuff of dreams.

It features a dream cast that wears their characters perfectly, which includes the legendary Ian McKellen, Cate Blanchett, Christopher Lee, Viggo Mortensen, Sean Bean (no one dies better) and Hugo Weaving, with an abundance of memorable quotes like “My Preciousss”, “You Shall Not Pass”, “One Does Not Simply Walk into Mordor” and “Fool of a Took”.

Mixing humor (courtesy of Merry and Pippin), drama, suspense, and mystery, there’s no shortage of emotions. And those special effects still hold up even by today’s standards, even if Jackson started relying on them more and more with each subsequent film he made.

The writers structure the script in creative ways that make the story more suspenseful, like the scene in Bree where the Ringwraiths seemingly catch up to our heroes, or Arwen’s badass chase sequence, just to name a few.

What makes “The Fellowship” better than “The Return of the King” or even “The Two Towers”? It’s the sheer thrills and enjoyment, and that first surprise of watching it and realizing that Peter Jackson pulled off one the most ambitious film projects ever dared. It’s not only the best of the series but one of the best fantasy, adventure, and chase movies ever made.

Footnote: While everyone likes to point out the “plot hole” of them not just flying the Eagles to Mount Doom to destroy the Ring, the whole point of the mission is to do it in secrecy. Giant Eagles in the sky are more likely to be seen than people on foot (not to mention the threat of the Nazgûl) which would’ve risked the Ring being captured. Just saying…