Taste of Cinema - Movie Reviews and Classic Movie Lists > Lists > Other Lists > 7 Reasons Why “L.A. Confidential” is a Modern Masterpiece of American Cinema 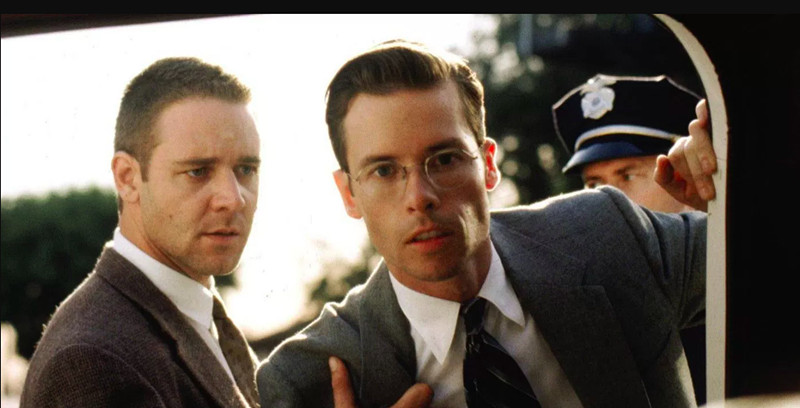 In recent years, those who have an avid interest in vintage Hollywood films are inevitably drawn to two movements or periods in the history of American pictures. One is now tagged the “pre-code” era, the roughly five years of relaxed censorship at the dawn of sound in the very late 1920s and early 1930s. The other, which has been of even keener interest for a much longer period of time, also involves a longer period of time in cinema history.

These dark looking, darkly dramatic films featuring often tortured, frequently doomed and tragic characters started appearing in the later days of World War II (1939-1945) and continued to be made, roughly speaking, until the end of the 1950s (many historians point to 1958’s “Touch of Evil” as the last major film of the movement). Though no one at the time used the term, French critics and historians would name these pictures “film noir”.

Unlike the pre-code movement, which can never truly be resurrected in this cinematic age of extremely relaxed censorship and social mores, noir is a more adaptable form. The very elements of noir are crime, desire, lust, greed, want, desperation, betrayal, manipulation, and sexual politics used in cruel and abrasive ways, all set against a background of decaying urban corruption. Though styles, technology, and social mores may have changed, these basic elements are still very much current and still viable as film material.

While the shadowy, monochromatic visual style of noir may not be an option for modern day filmmakers (unless the makers plan some sort of anachronistic throwback), noir can very much still be a modern sub-genre. These films are not noir in the traditional sense, but instead are termed, logically enough, neo-noir. The visual style of these films isn’t quite as rigid as their predecessors, but the themes are quite similar, allowing for modern day differences.

As with the originals, not all neo-noirs are created equal. Some are just trying to reach for an easily achieved style with familiar tropes for subject matter. However, as with all types of films, there are others that strive for something better and deeper. One of the very best is a 1997 film entitled “L.A. Confidential”. This was one of the most acclaimed films of its year and a big international box office hit.

Even better, while “hit” films can fade with time, this film seems to have picked up steam with the passage of the years (it was mostly trounced at the Oscars by the mammoth historical epic “Titanic” but now looks to be the better film). It is now part of the prestigious National Film Registry. Why? The following list will attempt to give seven good reasons as to why this film is so memorable and such a good example of a “neo-noir”.

1. The source and adaption 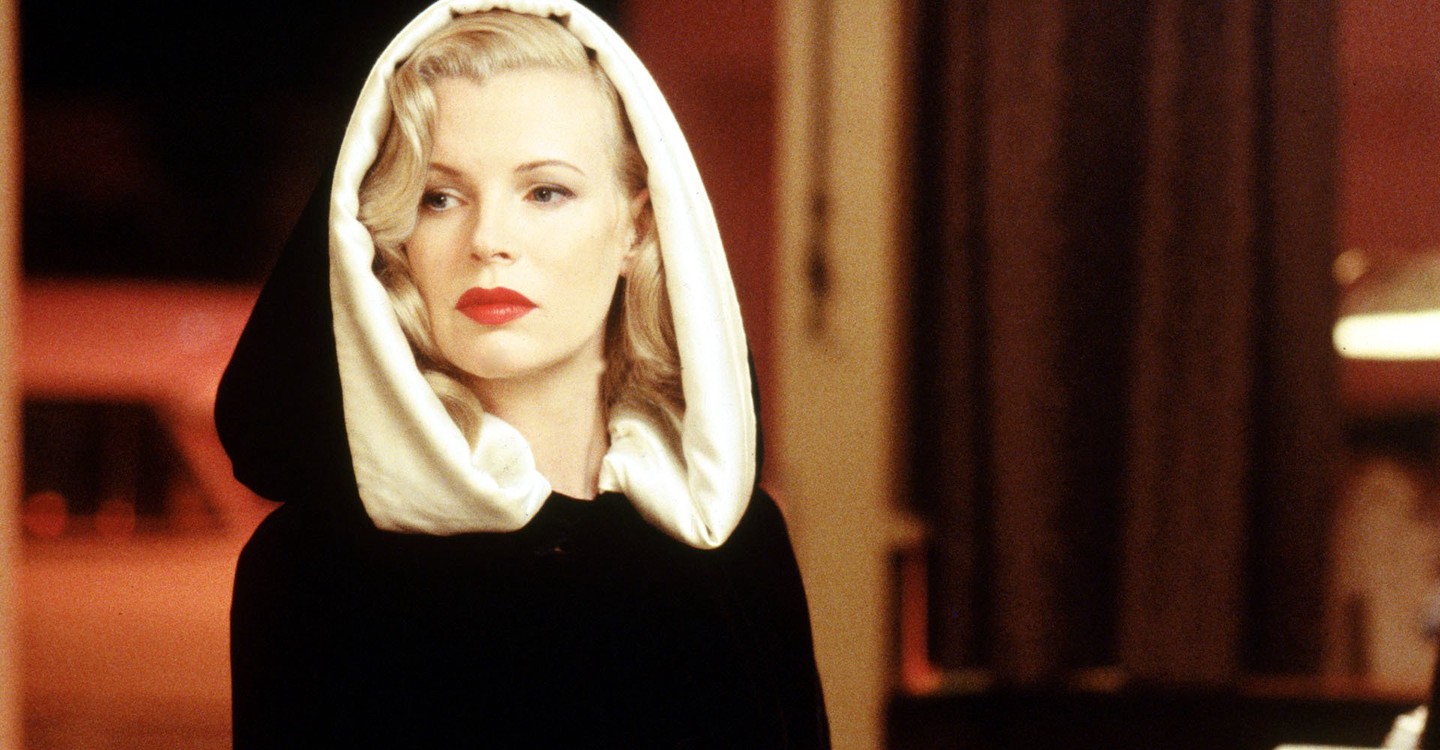 Many who have not studied classic film noir don’t know that the vast majority of the best of those films had a literary basis, mostly taken from the works of authors of the termed “hardboiled” school (ironically, many of these authors worked in the film industry but virtually none of them ever adapted their own works). It really should be no surprise that the hardboiled novels and stories inspired modern-day equivalents.

One of the very best of these is author James Ellroy. This writer may well have the most honest vibe of all of the later day noir writers. He was born and raised in Southern California, often a home to noir stories (more on this later) during the years when actual noir films were still being made.

However, more to the point, in 1958, when the author was 10 years old, his troubled alcoholic mother was raped and murdered (an unresolved crime). This and the true crime book his father puzzlingly gave him to help him feel better were great influences on him.

In fact, his breakout novel, though far from his first, was 1987’s “The Black Dahlia”, built around one of L.A’s most infamous unsolved crimes (one somewhat like the murder of Ellroy’s mother). ”L.A. Confidential” came out two years and another book later. By that time, Ellroy had developed a promising literary reputation. This was based on the high quality of his work and how well it shaped an older style to a new age.

Another element involved the movies. There had never been any movie adaptations of Ellroy’s works before “L.A. Confidential”. Why? Well, Ellroy, from the star of his career until the present time, writes complex novels often termed “dense”.

They were virtually always long and anyone hoping to adapt them was faced with the problem that all of the plot strands of the novel couldn’t fit into a picture of manageable length, and cutting out plot points could be a dicey proposition, one which could be fatal to the film if not done just the right way. At this point, screenwriter Brian Helgeland and co-writer/director Curtis Hanson entered the picture.

Hanson later stated that he hadn’t unduly cared for the plot of the novel, a typically layered tale of corruption, power, and treachery within the L.A. police department of the early 1950s. However, he became vitally interested in the characters, even those he didn’t like. He knew that he wished to make a film with those characters. To this end, the two collaborated to write a screenplay where the characters came first and the plot was rather, well, lightly taken from Ellroy.

All of it couldn’t fit and all of it wasn’t used. It all worked, though. The viewers were interested in the characters. The mechanics of the plot were involved, but with them being somewhat downplayed, the viewer was able to follow them avidly or just trace them as they involved the characters. It is a delicate balancing act but this turns out to be one of the film’s glories. One of the two Oscars the film actually won was for Best Adapted Screenplay.

Oddly enough, neither man had ever written so acclaimed a screenplay before. Hanson would never reach such a writing height again and Helgeland has, to date, only hit the jackpot again with the script for 2003’s “Mystic River”, a similar film in some ways, specifically being similarly adapted from a book not unlike “L.A. Confidential”. Surely he remembered the lessons he learned from his earlier writing job. 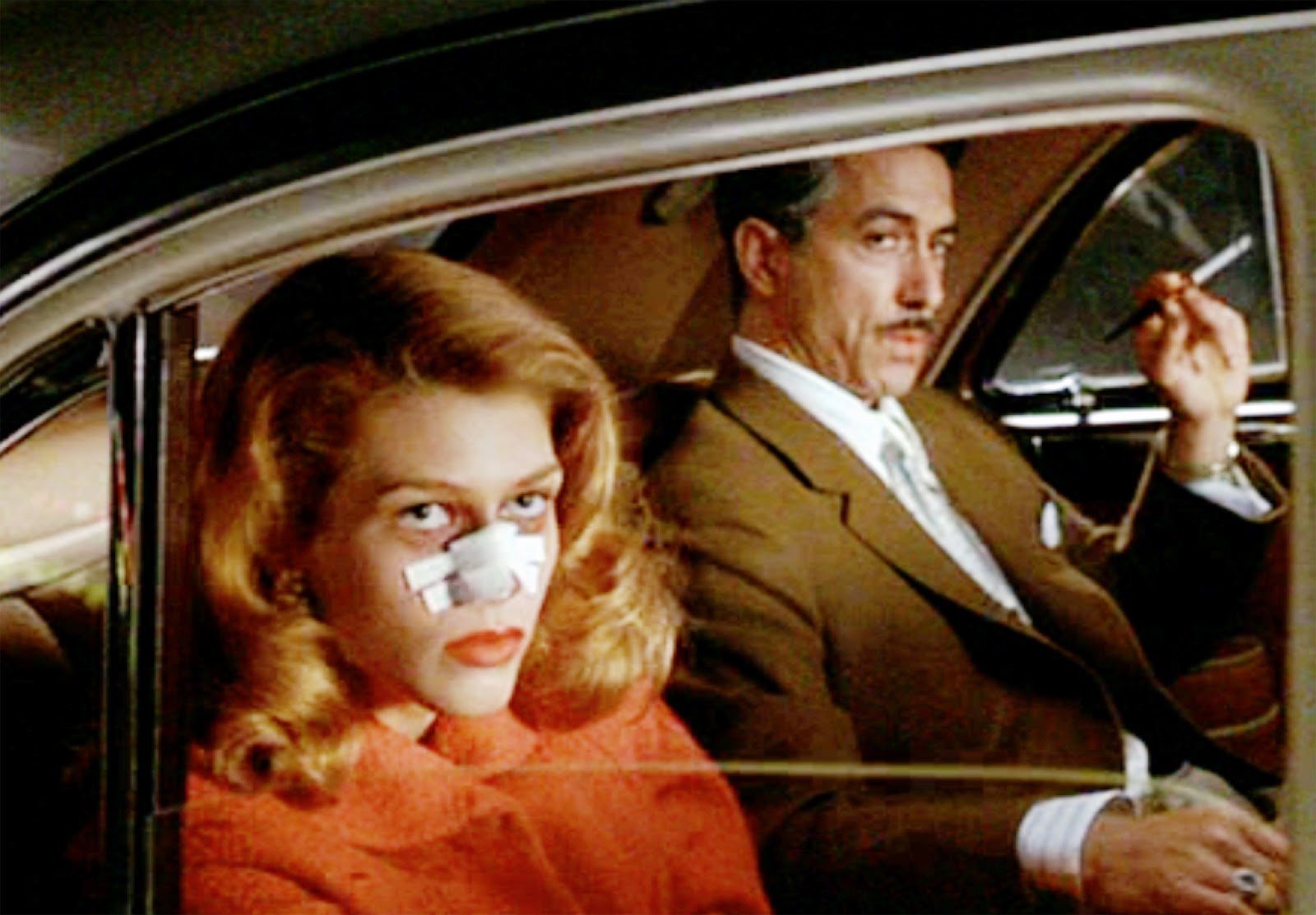 Noir, and by extension, neo-noir, is a genre in which an urban milieu is a must. Though such emotions and interior situations aren’t necessarily confined to a big city, the backdrop of a large and often decaying cityscape and how it bears on the characters is essential to the genre. Though many noirs were set in New York City and Chicago (and other points, though not so much for these other places), Los Angeles in many ways seems to be the mecca of noir.

The contrast of the natural and sunny beauty of California and the corruption of its biggest city, one where the high dollars of the entertainment and other industries clash with the lowness of the criminals, grafters and hangers-on who also populate the city. Very many of the hardboiled writers (James M. Cain and Raymond Chandler come to mind) saw this and a large number of their novels are set in California, especially L.A.

Neo-noir does not have to be set during the years when these novels and the films made from them were created, but they can certainly be put in the era. This can be a trap, however. Director Dick Richards’ 1975 remake of Chandler’s “Farewell, My Lovely” used the setting and period with a vengeance. Though many thought the film got by anyway, even some of those who accepted the film felt that it used the time, place, and the nostalgia associated with these elements as too convenient a crutch.

It says much for “L.A. Confidential” that, though it is set in early 50’s Los Angeles, it doesn’t let the setting do all of the work. In fact, both Ellroy and the screenwriters saw that this post-war period was vital to the city’s history. Though the film industry had been a major force in L.A for some three decades, television was starting to encroach and a shift in population from rural to urban during those years caused the city to start to grow and change, and not always in the best of ways.

There was much money to be had and many who wanted to have it. Sadly, as ever in the world’s history, there wasn’t enough money for everyone to have an abundance, and several of those who didn’t get any were quite willing to try and get their perceived share any way they could.

This is a major theme of “L.A. Confidential”. Virtually all of the characters have agendas of their own and those agendas cross, often in deadly ways. To put it in so many words, the time and place of this film resonate and the filmmakers use it brilliantly. As with so many things concerning this film, it was just “right”. 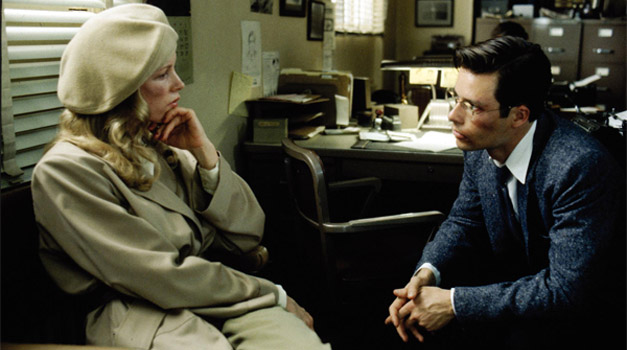 It would be very nice to be able to write that the late director Curtis Hanson carved out a brilliant career. It would be nice, but it would be incorrect. Crime film fans may well remember Hanson for his scripts in that genre such as the wonderful little gem “The Silent Partner” (1978) and director Samuel Fuller’s swan song 1983’s “White Dog” (so controversial it was never theatrically released in the US). His only notable pre-”L.A. Confidential” films, “The Hand That Rocks The Cradle” in 1992 and “The River Wild” in 1994, were the popular but indifferently made. These were more jobs for hire than anything else.

“L.A Confidential”, though, was a labor of love (though if it made money, no one would object). He lobbied hard for the job, which no one at Warner Brothers, the studio that had bought the rights to the book, could really seem to envision.

In fact, it was his meeting with Helgeland and their subsequent on spec adaptation of the script (which had been a source of worry for the studio and the reason the book remained unfilmed after almost four years) cinched the job. In the after years, he would film another adaptation for another acclaimed novel, “Wonder Boys” (2002) and “8 Mile” (2002), which had some success, but not on the level of this film.

In many careers, and it appears to be the case with Hanson’s, the person at the center of the career consciously or unconsciously waits for the right moment or material or both. “L.A. Confidential” was Hanson’s moment. Though born in Reno, he had lived and worked in Los Angeles for years and grew up during the period in which the film depicts. He seemed to have a deep understanding of the mechanics of this film’s plot and characters.

For once, the atmosphere of his film and the actors populating it are all on the same plane and all very knowing. Nothing seems to be discordant in the mise-en-scene or how the film progresses. It doesn’t hurt at all that Hanson knows how to compose for the widescreen (CinemaScope ratio, an active artistic choice, bowing to the era) and chose locations with such skill. Perhaps he never did it this well before or after, but it did it that well here.