When examining the horror genre there are few director’s as iconic the Italian maestro, Dario Argento. Since making his debut in 1970, the director has created a swathe of stylish horror-thrillers and effectively popularised the giallo film genre that the wonderful Astron-6 lauded so delightfully with Adam Brooks and Matt Kennedy’s The Editor.

He is a film maker admired and respected the world over, yet he does not rest on his laurels (he actually has a new film in pre-production right now) and whilst not everything that he tries pays off, he’s certainly proven that he is not afraid of taking chances.

He might very well be Italy’s answer to Alfred Hitchcock, but in truth, he is such an iconoclast that these comparisons do neither man any favours. Argento combines often strange, hallucinatory imagery with dark horror themes, intense death sequences and a substantial amount of gore to produce often interesting and unique results.

Argento was born in Rome in 1940, son of a famous film producer and a Brazilian fashion model, he purportedly took his ideas from Italian folk tales that his family would recite – though given his propensity for the macabre, gloved killers and, as his career entered its later phases, the on-screen torment of his daughter, it’s hard to imagine the accuracy of such a claim.

We try to piece together the films for which he takes credit as director, putting aside television material (for the most part) and any short films, with the exception of his segment of the two-part anthology Two Evil Eyes – for obvious reasons really – to give you the definitive run down of his work to date.

In Giallo, Argento teams up with Oscar winner Arian Brody, who turns in the worst performance of his career to date, in what is undoubtedly Dario Argento’s worst film thus far. A complete backwards step, Argento takes an ill-advised trip through the conventions of the giallo thriller, and unlike his early features where he tried, and usually succeeded, in breaking the mould, here he plays it safe and the result is altogether drab and boring.

The plot to Giallo concerns a flight attendant desperately attempting to find her missing sister, and, in order to do this, she enlists the help of Detective Enzo Avolfi; the former initially believes that this is simply a straightforward missing person case, the latter (Brody) knows that she might very well be the latest victim of a serial killer known only as Yellow.

With horrendously wooden performances throughout and a near non-existent plot, Giallo was both a critical and commercial failure, and quite frankly, it thoroughly deserved to be as well. 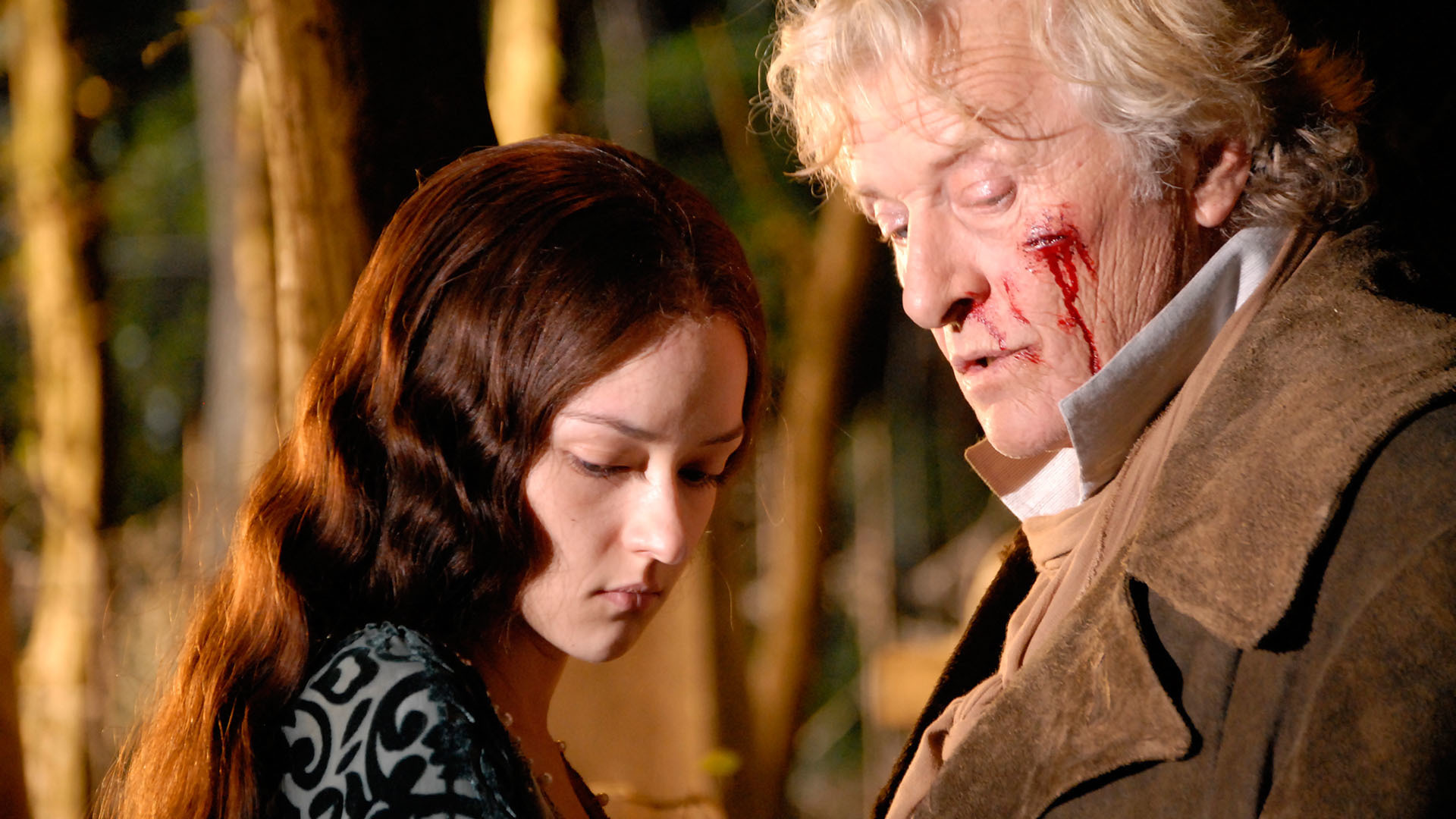 Whilst often, and correctly seen as a master of the horror genre, the great Dario Argento can also have his off days, and this wretched release is one the greatest examples of these. Not quite a straightforward reworking of the Bram Stoker tale per se, but rather a mish-mash of ambiguously reminisced memories of the famous book now crammed full of sex and gore – to terrible effect. Needless to say, Dracula 3D is nothing short of being bitterly disappointing.

In this version, Dracula, and his niece, pray upon the people of the local township in exchange that the town can prosper economically, a deal that the people slowly begin to realise wasn’t entirely to their benefit.

Johnathan Harker arrives not to sell property but instead to operate as a librarian, and his wife, Mina, soon follows him there to stay with her friend Lucy (played by Asia Argento). Naturally, Dracula takes a fancy to Mrs. Harker, and soon the legendary Dr. Van Helsing arrives to put a stop to the count’s nefarious dealings, here played by the fabulous, Rutger Hauer.

There are some genuinely brilliant adaptations of the Dracula story that have made it to the silver screen, Nosferatu and Bram Stoker’s Dracula to name just two, and whilst Dracula 3D arrived promising an entirely new spin on the tale, it just feels rather stale with Argento never truly engaging with the project with any noticeable degree of fervour. It marks a real low-point in his career. 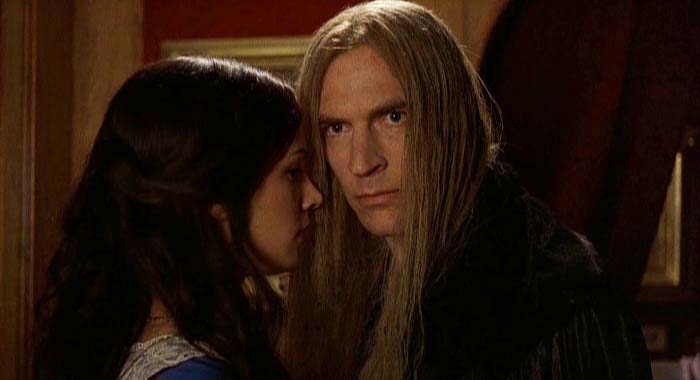 Having already made the excellent Opera some eleven years previous, it is puzzling why the director chose to re-tread such familiar ground, particularly given the comparatively shoddy results. Perhaps the strangest thing about Argento’s take on the classic Gaston Leroux tale is that it is a labour of love – a work that he had desired for so many years to properly translate to the silver screen – because doubtlessly the most prominent missing ingredient in this particular version is the passion.

Everything feels rather campy and nothing about the original tale seems to be taken seriously at all. Asia Argento, with her fractured English, is utterly horrifying in the role of Christine, and her affection for Julian Sands’ Phantom is as passionless and unbelievable as his back story.

Remember the opening to Batman Returns? Well, here we see the same thing, except that the Phantom was raised by rats, so naturally, one of the first people that he offs is the venue’s pest controller – and understandably so.

The pacing is ponderous at best and there aren’t really any positives to be derived from any aspect, not even the collection of deliberately bizarre supporting characters. Whereas Trauma and The Stendahl System before it failed to meet their potential, this sad excuse for a film never had any to begin with. 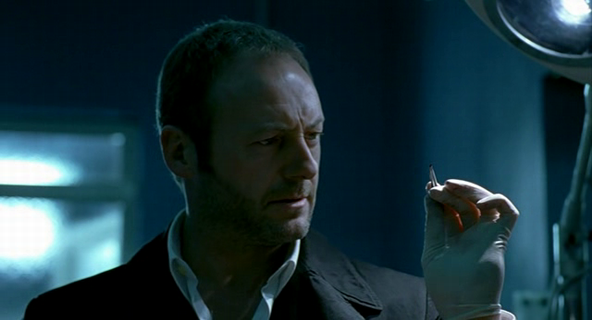 Much like the awful Giallo, this particular excursion down the route of Argento’s favourite horror sub-genre is a fairly by-the-numbers affair being thoroughly conventional in style, yet unlike his 2009 effort, this one at least tries to defy convention, on paper at least. So, whilst the results aren’t anywhere near the standard that one would expect from the master of the macabre, it at least deserves some recognition for this.

The basic premise of the film revolves around the usual serial slasher of young women, the twist, however, is a brilliant one; the killer, upon snatching his prey, then challenges the police to play online high-stakes poker matches where the ultimate prizes are the victims’ lives.

The concept is superb, and one could only wonder what Argento might have gotten out of it if properly motivated. Instead, what we have is a plodding effort centred on the police procedures surrounding the case, punctuated by unnecessary sex scenes and very little of what fans have come to love from the director’s work.

There are almost no trademark set-pieces to be found, just a bunch of agitated people staring at monitors for over an hour and a half, perhaps if it had been condensed into a short, what’s here might have actually worked quite well, instead we’re left with a film that was a complete waste of Liam Cunningham’s talents, and your time. 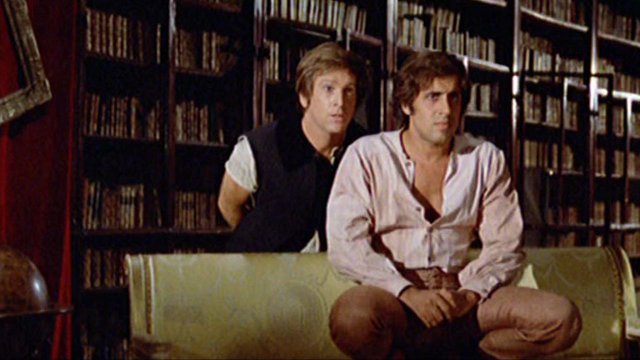 A real departure for the horror maestro as Argento delves into the realm of comedy in a film only released in his native Italy, though his foray into unfamiliar territory was to prove rather short lived. Le Cinque Giornate, or The Five Days of Milan, is centred on the last few days of the Italian Revolution of 1848 and as such is intended to be something of a period piece, though sadly without much success.

The story focuses on the characters of Cainazzo, a thief, and Zampino, a baker, who wander the streets of Milan witnessing the corruption of the revolution as hope gives way to something dark and depraved as the city yields to a calamity of violence and rape. The acting throughout, especially from leading man Adriano Celentano is not particularly strong and the script offers little in the way of laughs for anyone outside of Argento’s native Italy, hence the lack of a release.

Following on from the three animals trilogy, Argento feared that the giallo genre was finished, leading to this brave, if somewhat misguided feature and an attempt to get his Frankenstein script up and running, but after these failures, he returned to familiar ground and went on to direct some of his finest ever material, so perhaps we can be thankful for that. 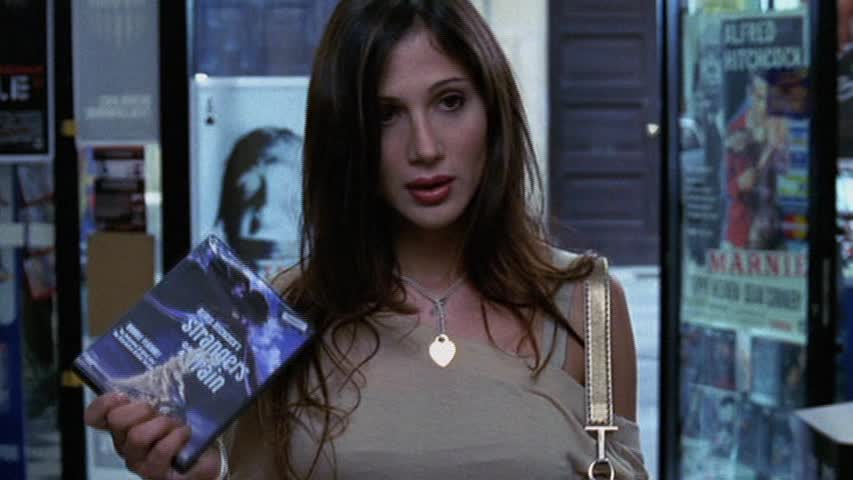 It might well have been a made for TV flick commissioned by RIA Trade, but it remains one that stands up as a highlight from Argento’s twilight years as a director.

It retains a number of his hallmarks, including the rationalisation of a character’s actions as an adult by relating them to the events of his past, in this it pertains to the opening scene wherein the protagonist witnesses the sacrificial killing of a chicken. This character, Giulio, grows up and moves to Rome to study, though this mostly involves him renting movies and snooping on his neighbours until eventually he sees something that he shouldn’t have.

As the name says, this taut thriller is a homage to the Master of Suspense himself, borrowing heavily from Rear Window and Strangers on a Train, which, when combined with the presumably diminutive budget and suitably smaller aspirations, actually makes for a more cohesive film. There is a lack of the usual gore, but rather than utilise death scenes as set-pieces for shock value, here they actually help to propel the narrative.

With the director’s propensity for throwing in random plot points almost haphazardly cast asunder, Do You Like Hitchcock? finds itself with a plot that can hold up to some scrutiny, and though it obviously couldn’t hope to match those iconic early features, it’s certainly worth a look.