The Cannes International Film Festival, founded in 1946, has become over the years the most prestigious of its kind all around the world. At its center, there’s the Competition, all the films that are nominated for the Palme d’Or, the biggest award of the festival.

The Competition lineup this year seemed, on paper, refreshing. There was significantly inferior presence of filmmakers that were already awarded in comparison to recent years, letting the door open to some other directors to present their work. Some of the surprise apparitions on the list were Robin Campillo, the Safdie Brothers and Noah Baumbach, who made his Cannes debut.

But it’s Cannes after all, the most elitist film festival of all, so of course there are familiar faces like Michael Haneke, François Ozon, Michel Hazanavicius, Andrey Zvyagintsev, Sofia Coppola, Yorgos Lanthimos and Todd Haynes. Donald Clarke from The Irish Times called the line-up “the most promising in a decade”.

This year’s competition, unfortunately, promised too much and delivered too little. The few exceptions to the overall mediocre ensemble are, however, great movies that will probably be remembered during award season later in the year. 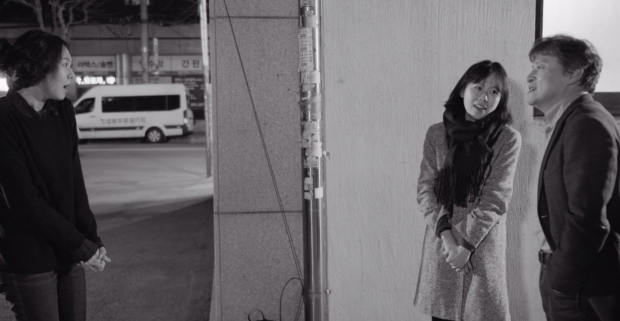 Hong Sang-soo is one of the most acclaimed South Korean filmmakers of the 21st Century. His 9th feature, “Ha Ha Ha” owned him the Un Certain Regard Award at Cannes in 2010. This year, Sang-soo decided to return to the festival with not just one but two new films, the out of competition entry “Claire’s Camera” and the competition entry ‘The Day After’.

With “On the Beach at Night Alone”, presented earlier this year at the Berlin Film festival, it makes three movies he has released in 2017. While it’s impressive that he has managed to work in so many projects at the same time, Sang-soo has only proven that quantity does not equal quality. In an inexplicable move, Sang-soo decided to submit in competition not just his weakest film this year but the weakest he has ever made.

“The Day After” stars Known Hae-hyo as Bongwan, the boss of a small publisher. He has a passionate affair with her employee but she leaves. When Bongwan’s wife finds out, she attacks his husband’s new employee, Areum, confusing her with the woman who left.

“The Day After” is one of the dullest movies ever made with not a single interesting moment during its seemingly endless hour and a half running time. Sang-soo chooses to stage most of his scenes around tables where the characters drink some kind of beverage, alcohol, coffee, or whatever they want. And they talk.

These conversations are shot in one take, with no intention of visual dynamism whatsoever. The process is done over and over again (sometimes entire conversations are repeated), creating a tedious watching experience. At the end, the acting is left alone as its only redeeming quality.

Rumor has it some doctors are recommending “The Day After” as a very useful medicine against insomnia. 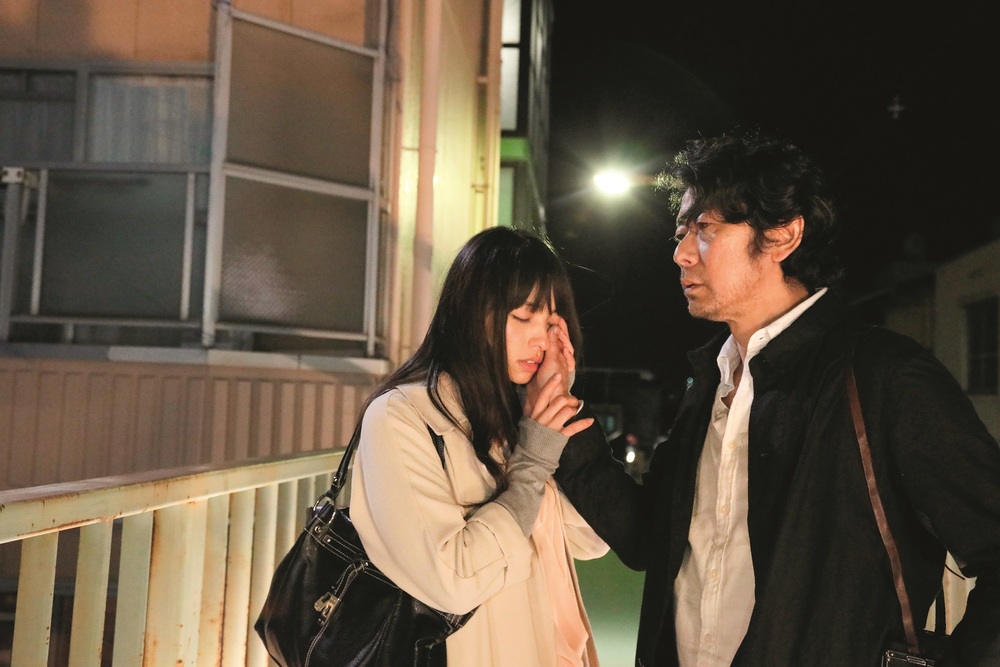 Naomi Kawase has a enviable experience at the Cannes Film Festival. She received the Camera D’Or in 1997 for “Suzaku”, then the Grand Prix for the “The Mourning Forest” ten years later. Another ten years had to pass for her to come back to the competition with “Radiance”, this time receiving mixed reviews and deservingly so.

The film follows Misako (Ayame Misaki), who writes descriptions of movies for the blind. Her work never seems to be satisfying for her listeners, especially Nakamori, an aging photographer whose sighting is disappearing by the day.

The Hollywood Reporter’s Clarence Tsui has accurately noticed the resemblance between Misako and Kawase. “Test audiences describe Misako first effort as too verbose, and her second attempt as too pared down. The film’s director, Naomi Kawase, has been trapped in a similar conundrum in recent years, alternating between movies characterized by empty enigmas (Still the Water) and contrived melodrama (An)”.

“Radiance” is a well intentioned film but it unfortunately fails to deliver the emotional resonance it so hardly wants to reach because of its underdeveloped characters, cheesy dialogue and sappy resolutions.

Throughout “The Double Lover” I kept asking myself the same question: “How was this accepted?”. This could easily be part of a list of so bad it’s good movies. So over the top, ridiculous and unintentionally hilarious it ends up being kind of enjoyable if you take it as a comedy or have a few drinks with some friends while watching it.

This thriller follows Chloé, a depressed woman who starts therapy with a new psychiatrist, Paul. They become romantically involved and move together. One day, as she’s heading to work, she sees Paul with another woman. She then discovers that the man she saw is not Paul but his twin brother, who’s also a psychiatrist. After asking for a therapy session, she starts an affair with him.

This is a premise worthy of a Mexican soap opera so it’s not surprising that the film ends up being very campy. “The Double Lover” is filled with twists and turns that are absurd and the ending is supposed to be the resolution of a “big mystery” but it only made audiences laugh at the screening. Many scenes suggest that Ozon tries to create an exploration of a character’s psyche but he comes as superficial and dumb.

The “sexy” dialogue is taken straight out from the “50 Shades” catalogue of bad lines. There are many gratuitous sex scenes that don’t serve any purpose to the story, only to give the audience a look of “kinky intercourse”. It’s also hilarious how Jeremie Renier plays the twin brother: he tries to be serious, menacing and manipulative but the only thing that he produces is laughter. 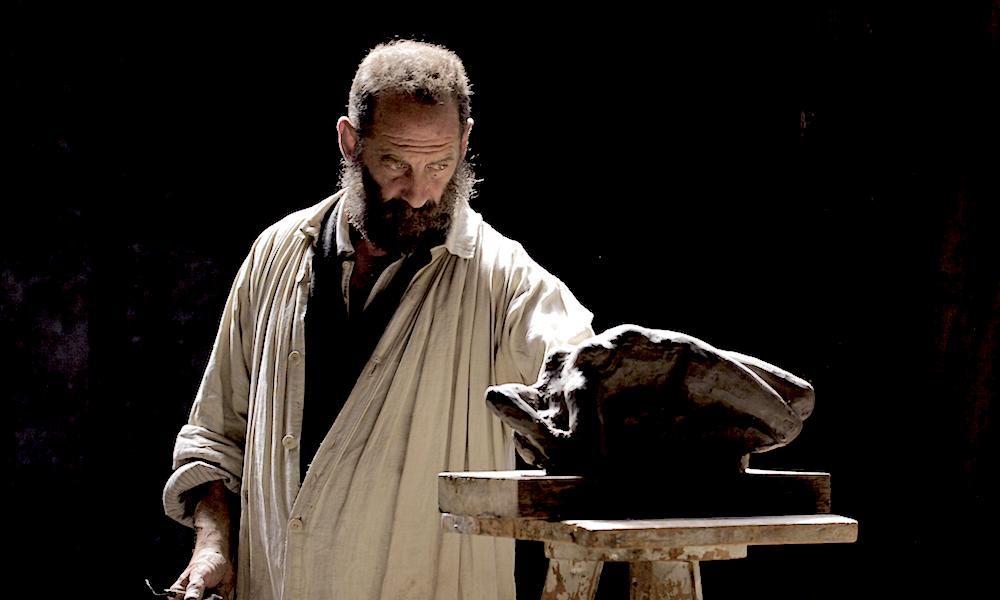 Here’s the perfect example on how NOT to do a biopic about an artist. Auguste Rodin’s relationship with Camille Claudel has been explored multiple times before, most notably in 1988 with Gerard Depardieu as Rodin and 2013 with Juliette Binoche as Claudel. The latter is a haunting character study of a fascinating historical figure with a riveting lead performance. Was it necessary to make another movie on the subject, now focusing on Rodin? Short answer: no.

This new take starts in 1882, when Rodin is finally acknowledged by the French State who orders a sculpture from him: The Hell’s Door. Helping him in the project is young student Camille Claudel. They start a relationship that although full of passion will fade away quickly.

Jacques Doillon, once a skilled filmmaker, doesn’t even make the effort to make Rodin human. He’s a cartoon, a cliché of a difficult to deal but genius artist. In one of the movie’s most idiotic moments, during a walk, Rodin makes remarks about how “beautiful” the trace left by the snails in the floor are. Can we take something like that seriously?

Every bit of dialogue feels written in retrospective. There’s arbitrary historical references to other artists, and some scenes which Rodin shares with them. Who knew they call themselves by their last name as we, a contemporary audience, do?

The film seems to be more interested in Rodin’s creative process than his personal life (the whole storyline involving Camille Claudel is pretty pointless since she abruptly disappears in the last half hour) which would be fine if Doillon wanted to actually explore deeper in Rodin’s work instead of focusing on praising and portraying him as a misunderstood genius.

It might not be as terrible as reviews suggest (it has received the worst score in Rotten Tomatoes than any other movie in competition with a disastrous 13%) but it’s not even close to be good or worth anyone’s time. 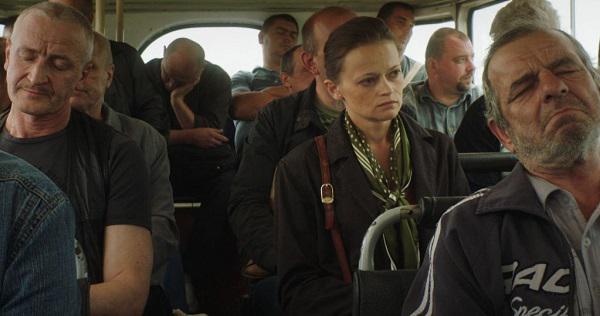 Sergey Loznitsa has proven to be over the years one of the most interesting Russian directors working today. His films My Joy (2010), In the Fog (2012) and Maidan (2014), which all premiered at the Cannes Film Festival, were excellent, thrilling and haunting portraits of his country. Loznitsa is still interested in exploring the social dynamics in Russia with “A Gentle Creature”.

The main character is a woman that lives alone in the outskirts of Russia whose husband is in prison for a crime, she claims, didn’t commit. After receiving a package she sent to her husband, she decides to deliver it to him personally. There, she will find all kinds of trouble and unanswered questions from an oppressive bureaucratic system.

The first half of “A Gentle Creature” works quite well. The struggles of her main character are believable as she approaches many times the officers that refuse her right to give a package to her husband without explanation. ‘The bylaw says no’ they respond to her over and over again as her husband’s status remains uncertain. She’s not the only one with this problem as we see other desperate family members seeing their packages content literally tore apart for not respecting “the rules”.

The woman eventually meets many of those people who reunites at nights in the house of a woman that lodges them. They tell stories, they sing and all of this just gives the movie some energy intentionally lacking from the monotony of the initial long shots.

The film goes downhill in its second part, even most drastically in its last 30 minutes, as it turns into a bizarre oneiric and surrealist piece that culminates in a disgusting and unnecessary violent scene.

With a whopping running time of 160 minutes (!!), “A Gentle Creature” ends up being an insufferable exercise, specially with a lead actress like Vasilina Makovtseva, who maintains the same facial expression throughout the film and has the charisma of a rock.

I’ve never been a fan of Michael Haneke’s work. I’ve arrived as far as enjoying “The Piano Teacher”, but I don’t love any of his movies. The Cannes Film Festival strongly disagrees with me. Haneke is one of the eight filmmakers that have managed to win two Palme D’Or. His most recent win, “Amour” (2012) was particularly baffling since it won over films like Holy Motors and Mud.

There was many speculation going into the festival that Haneke could become the first filmmaker ever to win three Palme D’Or. Those speculations immediately stopped after the film’s premiered. If you’re not a fan of Haneke, like myself, ‘Happy End’ is NOT going to turn into one.

The film focuses on a French Bourgeois family, the Laurents, all terrible in their own way. Some of them have lost the will to live, other are having affairs and don’t take care of their daughters, some could even be dangerous sociopaths.

This is a bad movie because it’s as unmoving and as cold as a movie can get. It’s not “badly” made but it’s empty, pretentious and sometimes even desperate. “Happy End” doesn’t give us a single reason why we should empathize with any of its characters, so when we see them fighting each other, getting dangerously drunk or trying to commit suicide, we just don’t care.

Many reviewers have noticed that despite the inclusion of modern elements (there’s an extensive use of smartphones, social networks and even a Sia musical number) the film feels just like a compilation of Haneke boring troupes.