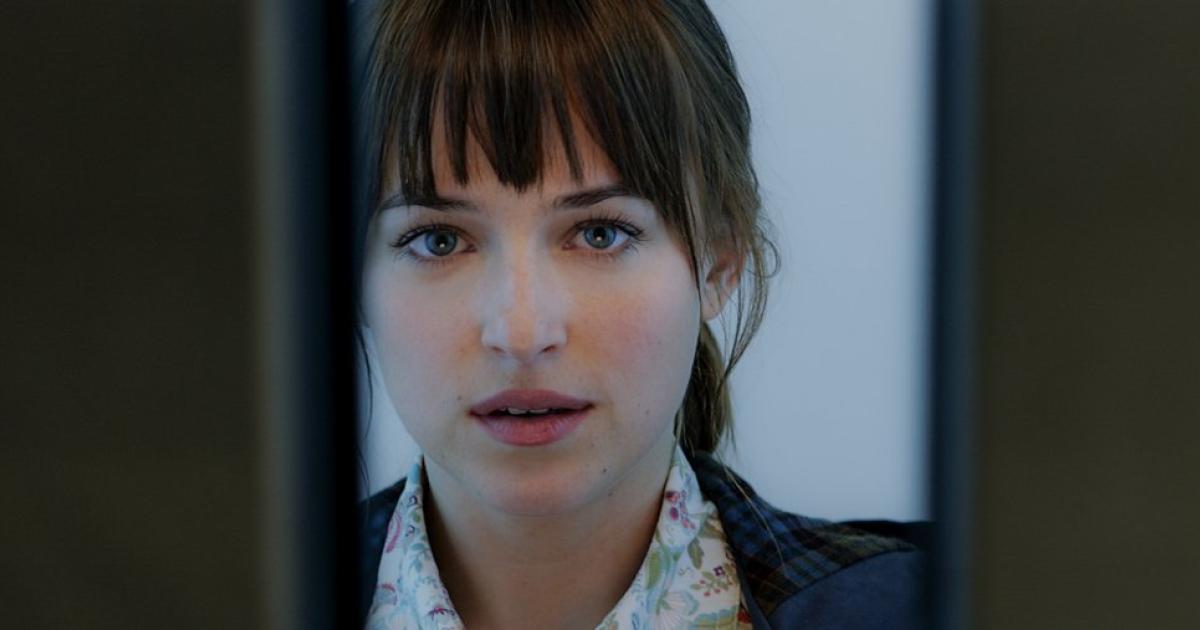 The only person in Hollywood that ever set out to make a bad picture, Jerry Warren didn’t care for rehearsals, multiple takes or allowing an actor to develop a character. Told by a colleague to “Do something good for a change” he responded: “Why? People aren’t interested in anything good. They don’t know and they don’t care.”

Warren’s self-stated credo was “just give them garbage” which with the likes of Teenage Zombies (1959) and Terror Of The Blood Hunters (1962), he did. His films were so insufferable, in fact, that even his own financial backers wondered what they’d gotten themselves into.

When the lights went up on a screening of 1966’s The Wild World of Batwoman (whose title caused Warner Bros to sue), Warren had to deal with a group of dumbfounded investors. “After all,” he told them, “it is a low-budget picture.”

Warren passed away in 1988, but his spirit lives on in films like Vampires Suck and Freddy Got Fingered, which seem to have sprung from the same creative mind. These are joyless and oppressive films, cinema for people who aren’t interested in anything good.

And there’s plenty more where they came from.

Scholars debate whether he actually said it, but this quote is often attributed to L Ron Hubbard: “Writing for a penny a word is ridiculous. If a man really wants to make a million dollars, the best way would be to start his own religion.”

Based on Hubbard’s novel, Battlefield Earth is one of the most terrifying films of the 21st Century. It shows the kind of pictures Hollywood will make when Scientologists replace all the creative personnel with pod people. It’s also proof that stars should never, ever be allowed to realize their dream projects.

In what’s surely a cinematic first, aliens with Rasta-style hair and shoestrings dangling from their noses take over the world. Then they train the “man animals” to use the technology that will eventually be used to overthrow them. As sci-fi, the movie’s a washout, but taken purely as a cinematic joke it’s one of the funniest you’ll ever see. 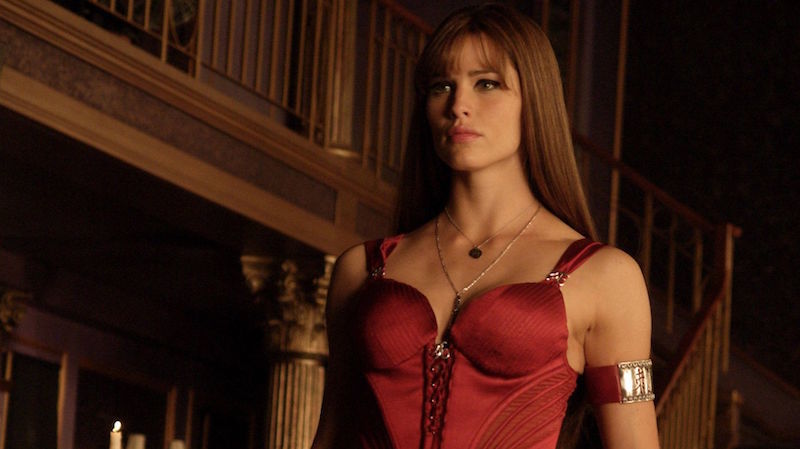 Elektra may not be in the Batman & Robin league of awfulness, but it’s still one of the most dispiriting superhero movies ever made, possessing zero charm, fun or personality. When even Terence Stamp can’t enliven the proceedings, you know you’re watching a turkey.

Opportunist, needless and very, very dull, Elektra proves that you can make a movie about a sexy action heroine with a blind martial arts master and turn it into the proverbial dog’s breakfast, something it accomplishes by ladling on the pop psychology. Turns out Elektra had a tough childhood, and that’s why she dresses like a Victoria’s Secret model and carries knives. Who knew?

Released in 2005, the movie was unloved by critics and fans alike. As long as the Daredevil TV series remains in the memory, don’t expect Elektra’s movie to undergo a re-evaluation. 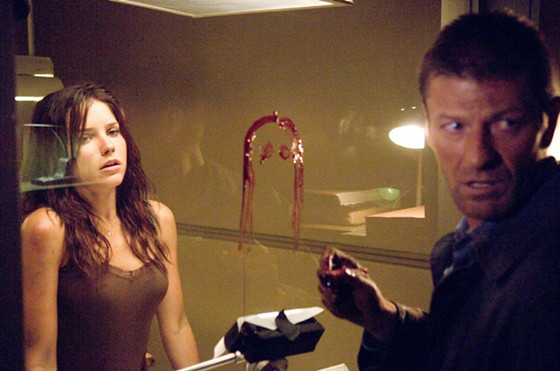 A wet fart of a movie that limps to a wet fart of an ending, this remake of the 1986 classic is produced “In Association With Michael Bay”, which means that if it doesn’t move at speed, explode or get naked, out it goes.

Gone is Jennifer Jason Leigh’s character, while lead Jim Halsey becomes a college student driving to Spring Break with his lingerie model girlfriend, who wears short shorts and is first seen removing her top. To make sure the target demographic doesn’t get bored, every let up in the action has been removed from Eric Red’s original story, which works amazingly well if their intention was to suck all the life out of the movie.

With no proper build-up, no suspense and nobody worth rooting for, we’re all of a sudden adrift in a movie with plenty of running around and stuff blowing up, and very uninteresting it is too.

17. The Hottie And The Nottie 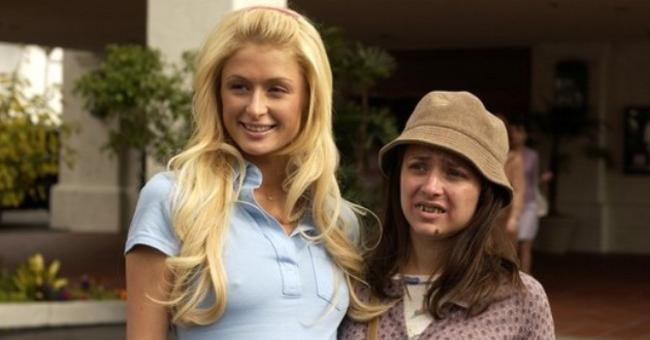 Who in their right mind decided to cast Paris Hilton as the lead in a movie The Village Voice described as “crass, shrill, disingenuous, tawdry, mean-spirited, vulgar, idiotic, boring, slapdash, half-assed and very, very unfunny”? Ask Paris Hilton – that’s her production company listed in the credits.

The film’s big ‘joke’ is that Paris is, like, a total hottie, but her best friend is a nottie with tombstone teeth, a facial mole, an infected toenail etc. Because you can’t get into a hottie’s pants if her nottie doesn’t like you – yes, I am cringing while I type this – Joel David Moore spends the movie trying to do just that, leading to ‘hilarious’ sequences where prospective suitors gag in the nottie’s presence.

Exhibit A in the case against socialites being allowed to steal our oxygen, The Hottie And The Nottie exists for no reason other than to keep Paris Hilton in the public eye, and just like its star it has an aversion to depth and human feeling. You’d think someone who’d spent all that money creating their celebrity would at least invest in a second facial expression. 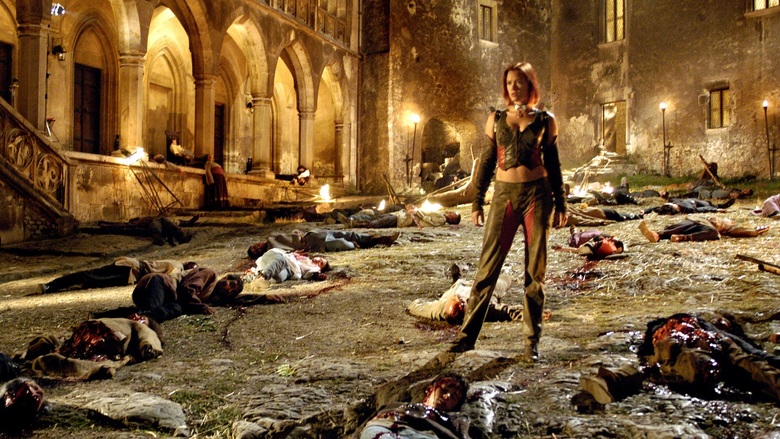 Despite an all-slumming cast that includes Michelle Rodriguez, Ben Kingsley and Michael Madsen, Bloodrayne is one of Boll’s least enjoyable films, and its commercial failure must’ve hurt his career, right? No, because when the film made barely $4 million worldwide, Boll somehow raised $70 million to make In The Name Of The King: A Dungeon Siege Tale.

If the investors had watched Bloodrayne, they would’ve been disheartened by a soulless mess slung together from a first draft screenplay where none of the actors appear to be having a good time. According to Madsen, his first day on set called for a riding scene but the “crazy Romanian horses” instead ran into a tree and threw him into a water tank.

That was just the beginning: Madsen also got sick from the bad food, lost 12 pounds and on one occasion had to dive into a river in the middle of the Romanian jungle after being attacked by bees. To top it all, he didn’t even care for the finished film.

“Bloodrayne was an abomination,” he says. “It’s a horrifying and preposterous movie.” 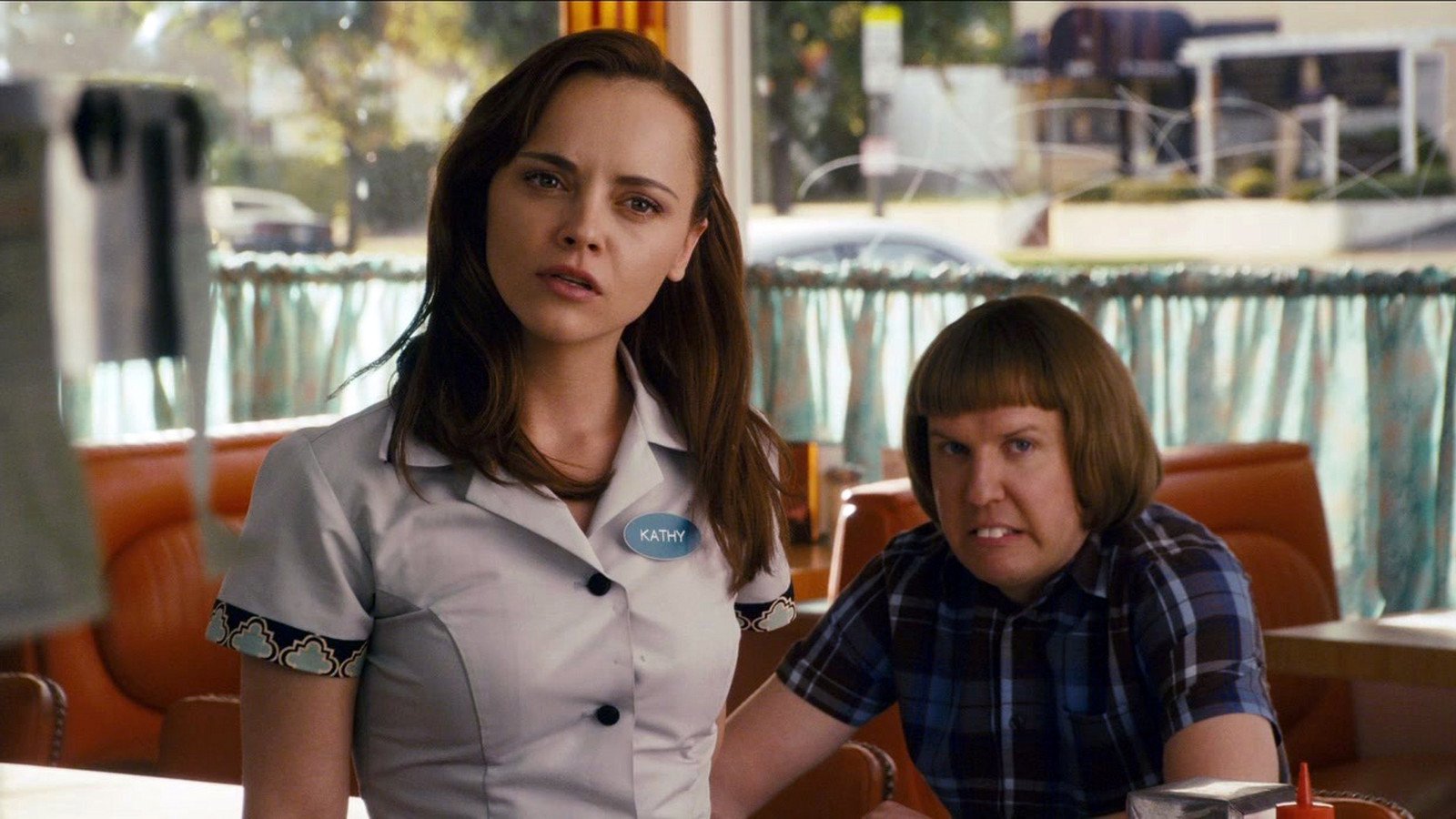 Starring Nick Swardson in a role tailor made for Adam Sandler (who co-wrote and produced the movie), Bucky Larson could be the tackiest cinematic travesty since Showgirls, only without the laughs.

Released during the same weekend that marked the tenth anniversary of the 9/11 attacks, Bucky Larson opened at #15 and made barely $2.5 million during its brief run. That might well be due to terrible timing, or it might be due to Time Out’s assessment of the film: “This movie is dire, soul-crushing stuff.”