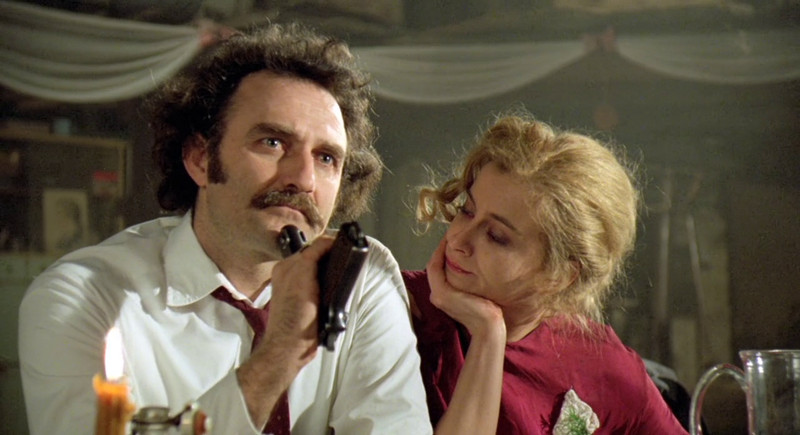 Emir Kusturica’s comedies are sincere, his tragedies are full of soaring grandeur, and his representations of history deeply human.

The Serbian filmmaker won the Palm d’Or twice (for When Father Was Away On Business and Underground) and Best Director at Cannes for Time of the Gypsies. Unfortunately, in recent times, his works are being discussed less and less. Almost slipping into obscurity among avid cinephiles, some dismiss his films as noisy, overtly carnivalesque, and too strange.

It is important to note, Federico Fellini’s influence on Kusturica is undeniable. As a result, some call him the ‘Serbian Fellini’. However, Kusturica is a wholly unique auteur. He views life with an attitude that can only to be experienced through his cinema.

Not his every work belongs to the pantheon of greatness, but each film is ether made with a personal vision or is deeply entertaining. He made four masterpieces and eight other good films. All of them worth-while experience.

It is no doubt a crude act to rank his films from best to worst when they are all sincere works of art. For example, how does one choose between Time of the Gypsies and Underground, or between When Father Was Away on Business and Black Cat, White Cat? These four films can all be on the top spot of this list, their distinctive voices craft vastly different yet equally great masterpieces.

To decide which Kusturica film is better than the other is ultimately difficult. However, the reader should not view this list as definitive; rather, this article should be seen as an introduction to a gradually forgotten filmmaker who belongs to the rank of Stanley Kubrick, Ingmar Bergman, Federico Fellini, Jean Renoir, Orson Welles, and Alfred Hitchcock.

Note: This list only includes his feature films, excluding Kusturica’s early television works and later short films collected in anthology movies such as All the Invisible Children (2005) and Words With Gods (2014). 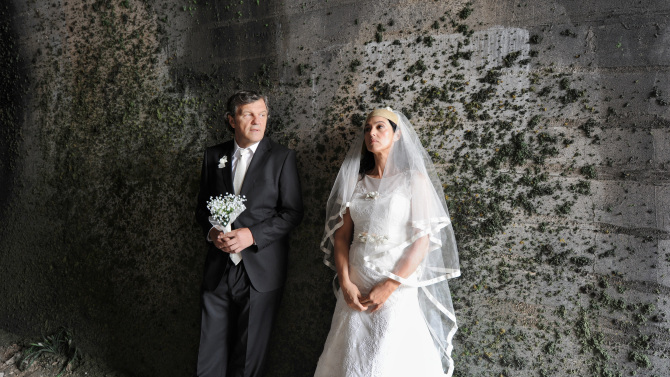 This is not a bad film. It is only tiring. Kusturica repeats what he does best: characters engage in surreal situations, the usual carnivalesque tone, the theme of war and history. All of these have been attempted by the director before; the lack of new artistic exploration is why On the Milky Road is on the bottom spot of the list.

To be fair, it is still quite an enjoyable watch. It depicts Kosta’s (played by Kusturica himself) life in segments, through peace, war, and love. The breathtaking cinematography of Serbian landscapes is sublime. In one scene, Kosta runs through an open field of flying bullets, delivering milk, unharmed. At times, the film is almost poetic, among silly scenes.

By all means, this is a pleasing film. Despite the lack of innovation and repetitious bombasts, there are moments of beauty in the movie. After watching other films on this list, do not forget to seek this one out. 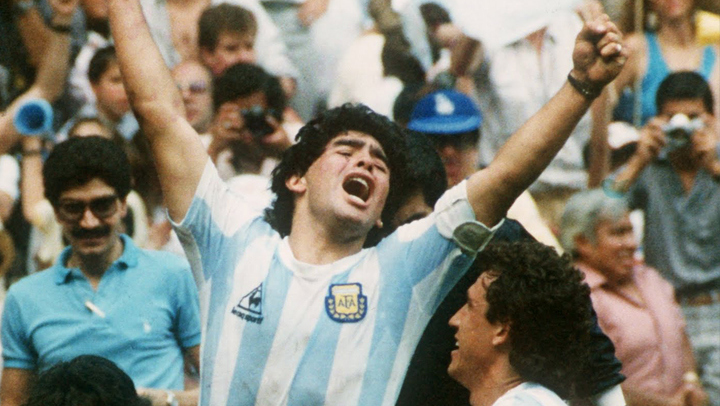 Do not expect a biographical documentary: the film is a socio-political portrait of Argentina, filtered through the personal views of Diego Maradona. The great football player’s conversations with Kusturica are intellectually stimulating, touching on topics like Maradona’s admiration for Fidel Castro, his attitude on his own cocaine addiction.

Despite the film’s spot on this list, it is extremely well-made. With the typical sophisticated Kusturica soundtracks and energetic editing, the documentary is worth-watching.

This film is ultimately subjective, filled with Kusturica’s admiration for Maradona. Thus, the representation of facts and attitudes may not appeal to all audience. The movie, although quite interesting, is lackluster in comparison with the director’s other eccentric gems. 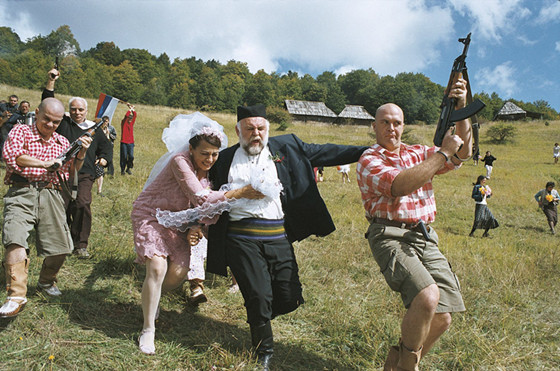 A frantic comedy, this film can please those who appreciate the Serbian director’s extravagant style. Recounting a young man’s journey into the big city to sell a cow and bring back a wife, Promise Me This is suffused with surreal imagery, bombastic music, and deafening situations.

At the film’s core is love: its madness and discontents, pleasures and strangeness. The main problem of the film is that, like On the Milky Road, it feels very much recycled. Kusturica seems to be repeating his old strengths here, developed throughout his career.

It is not to say this repetitious style in any way makes the movie’s quality lesser. It is merely tiring for the audience, who expects creative innovation, something new, from the director.

This well-made film is worth-watching for its effective comedy, yet it may leave the filmmaker’s fans slightly disappointed. 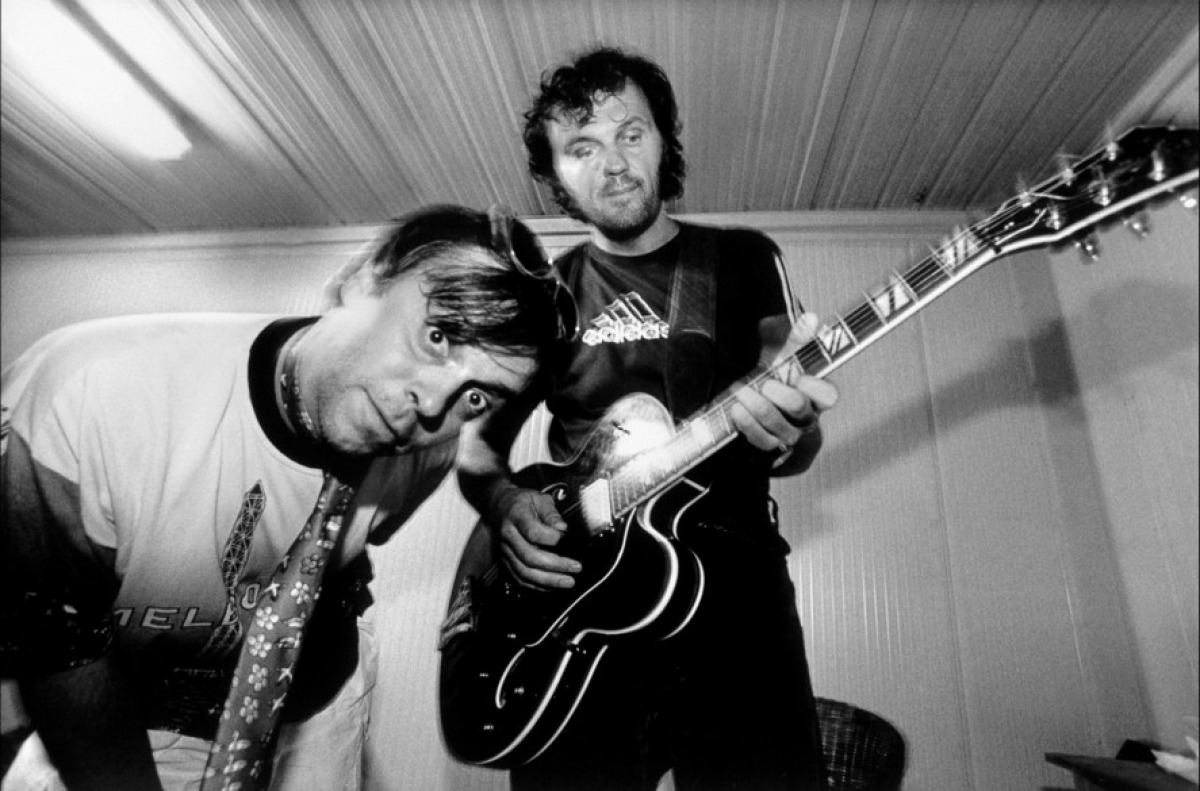 This documentary is, understandably, divisive. Since the subject matter is Kusturica’s own band, No Smoking Orchestra, touring in Europe, it may not be as entertaining as his other films.

However, upon deeper inspection, this highly particular documentation of musical performances stands for the universal experience of cultural division, investigating our attempts in understanding one another.

This is not a polished film, especially by Kusturica’s standard. The rough edits and primitive-looking footages can turn some viewers’ appetite down. Lacking the extravagance of most of the director’s films, it is the odd work in his filmography.

Yet, Super 8 Stories tries to dig deeper under the surface. By making the film’s surface presentation relatively unattractive, it goes into the band member’s psyches, connecting the individual with wider society and history. 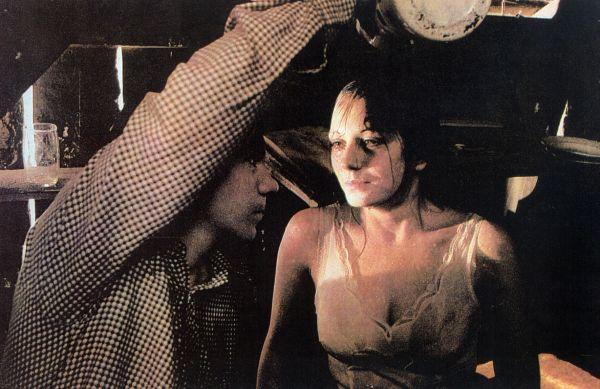 Kusturica’s first feature film is a tour-de-force, an uneven near-masterpiece, showing a great artist first discovering the power of his craft. It follows the life of a young man and his neighborhood, exploring the effects of communist ideology on ordinary people.

The dialogues are superbly written with wit and humanity. The performances are an honest portrayal of everyday life in Sarajevo during the 1960s. Above all, this movie is about fading of time, the melancholy of remembrance.

Made when the director was twenty-seven years old, it is one of the best debut features of all time. The only reason this film is on the seventh spot is that Kusturica made six other very unique films. While not being his very best, Do You Remember Dolly Bell is still an important motion picture of 1980s world cinema.