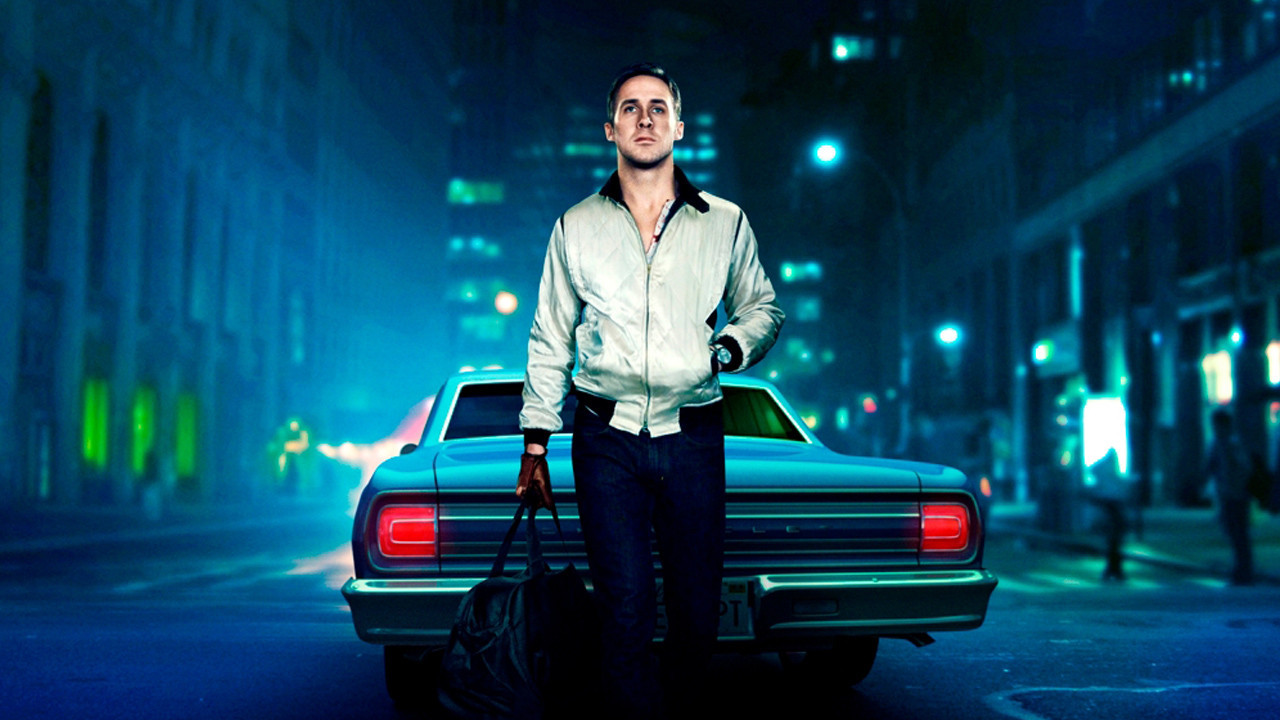 Nicolas Winding Refn’s “Drive” is his 2011 film based on the novel of the same name by James Sallis. It was nominated for an Oscar for its sound editing, an honor completely deserved.

Its particularity lies in the fact that it is a successful action movie that overcomes the genre limitations; at the same time, it is appealing to the so-called mainstream audiences and arthouse film buffs. A character in the film, Bernie, says: “I used to produce movies in the 80s. Kind of like action films. Sexy stuff. One critic called them European. I thought they were shit.”

Refn was born in Denmark, but went to New York just before he turned 11. The mixture of his European background and American upbringing is particularly significant for Refn’s work; to take an example, his Bronson seems to be deeply influenced by Kubrick, but also has some European arthouse qualities. This quote from “Drive” seems like self-irony on the part of Refn; he is most likely tired of people trying to classify him as European or whatever.

The film seems to be heavily influenced by Jean-Pierre Melville’s Le Samouraï, namely, Ryan Gosling’s character is possibly modeled after the main lead in Melville’s film. The main difference is that the Driver lives the life that the humanist authors called vita activa (active life), while Melville’s character is completely detached from his surroundings and engages with other people only when necessary.

“Drive”, although simple at first sight, is full of divergent meanings, cultural tropes and philosophical subjects. The same as with a painting; firstly, the film has to be experienced and then analysed in order to be enriched with the limitless world of “Drive”. 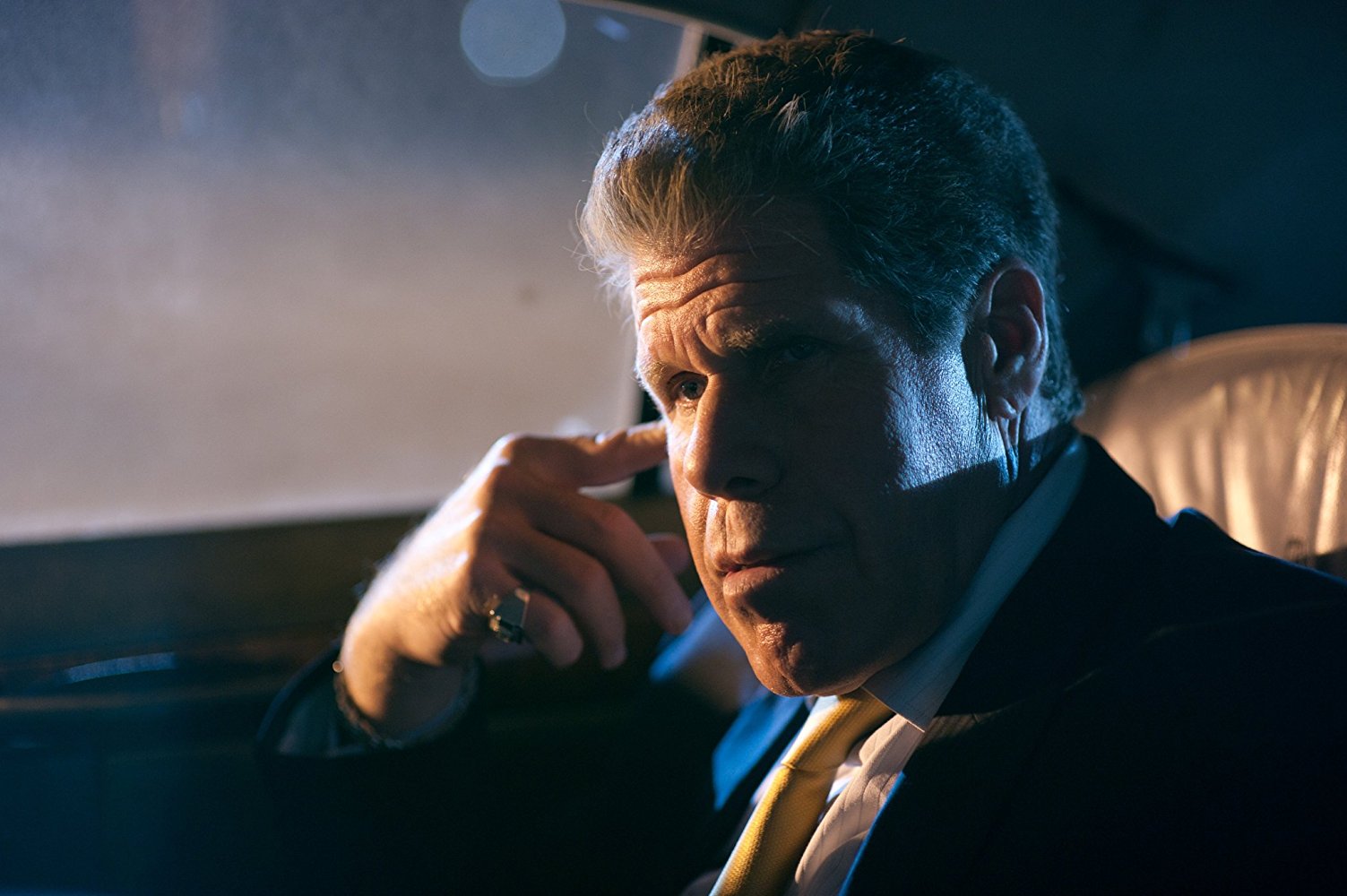 The casting couldn’t have been better. Ryan Gosling is perfect for the role with his capability to present both detachment and sincere care for others. He plays the role of a shy but brutal man with virtuosity rarely matched in contemporary cinema. When the Driver appears decisive and merciless for the first time, the viewer may be shocked by the way Gosling performs the scene. Carey Mulligan as Irene plays the part with devotion and is deeply present in the movie, and at the same time restrained in a shy and appealing manner.

Oscar Isaac shows that he is one of the most talented young actors working nowadays. His talent is not displayed in its fullest force since he is not in a lead role like in “Ex Machina” and “Inside Llewyn Davis”, but one simply cannot ignore him. Bryan Cranston is a seasoned actor who plays his role in a thoroughly compelling manner; he is confused and indecisive, but also shows determination as an actor to play the role to the best of his capabilities.

2. Mesmerising use of lighting 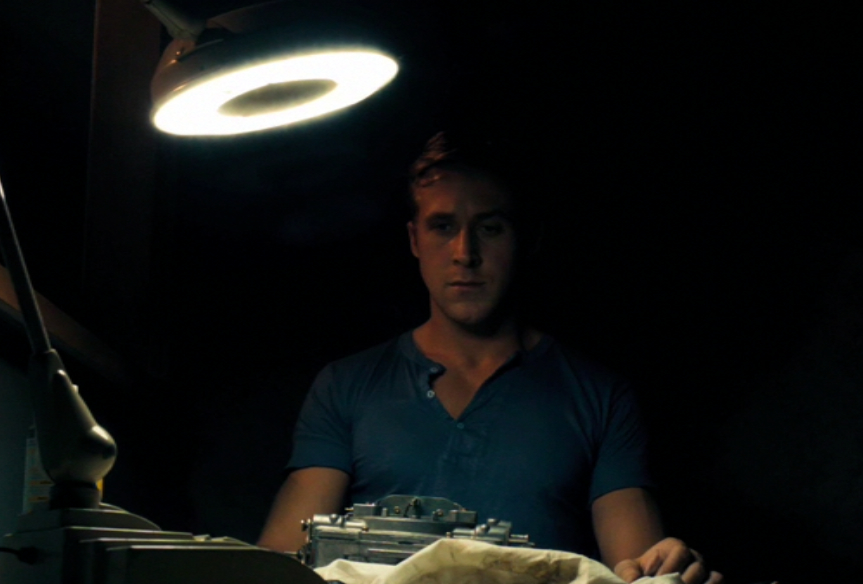 The natural light gives the movie its tone of joy, especially during the scene when the Driver rides with Irene and her son – the light is all-encompassing in that scene. It shines on parts of the Driver’s face, pointing to his mysterious persona. When Irene puts her son to sleep, the light partially shines on him.

It is possibly the most intimate moment in the film and magnificent use of lighting makes it unforgettable. The Driver is there, but also not there, present, but coldly detached from his surroundings, mostly at the beginning; it is night, and in the end, natural light shines luminously.

The quote from Rig Veda, the motto of Nietzsche’s Daybreak, “There are so many days that have not yet broken,” may be applied to the open ending of “Drive”. The light that shines implies the possibility of new beginnings. Lighting almost becomes a character at the end of the movie, when two shadows fight with knives.

The Driver is not named in the movie; this designation implies his mobility, force, virtuosity and relentlessness. His ferocity can be compared to the speed of his cars; there are no limits to his brutality, when necessary. Standard’s name implies that he is ordinary in every way, there is simply no ‘deluxe’ version of him; he is a common man caught up in events he cannot control.

“Standard” and “Deluxe” may remind the viewer of types of preservatives, a joke on the part of Refn; Standard seeks protection in prison. The Driver has a scorpion on the back of his jacket. In ancient Egypt, the scorpion was a sacred creature to Selket, a healing goddess. We can tell that the Driver is a disciple of Selket. 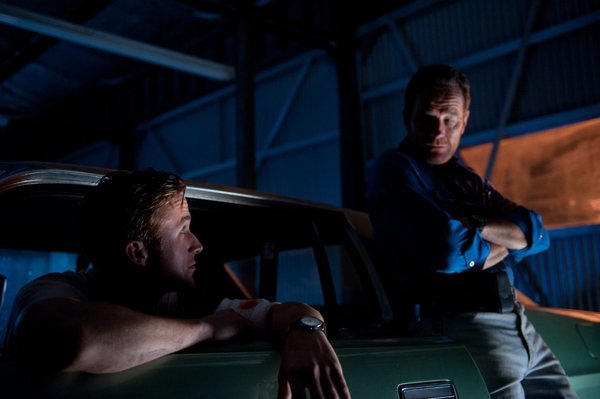 At one point in the movie, Irene asks the Driver a rhetorical question – if his job is dangerous. He says it’s only part-time. In his philosophical works, Friedrich Nietzsche emphasized that living dangerously is the responsibility of a man who wants to overcome ordinariness and test his strength against adversaries.

The Driver is a man who invents himself; for him, existence comes before essence, as Jean Paul Sartre defined existentialism. The Driver lives by his own inner laws and does not make compromises when it comes to his personal ethics. He represents “master morality” as defined by Nietzsche.

On the other hand, Standard represents “slave morality”. His act of seeking protection in prison for money is irresponsible and lacks anticipation of further events (putting his family in danger). David Fincher deals with the same ideas in his film “Fight Club”, but he puts them so bluntly that much of their potency is lost. In “Drive”, this characterization is much more subtle and one needs to put it in perspective in order to grasp it; it makes it more powerful and beguiling.

The Driver is stylized as a Nietzschean Übermensch, a term brutally misused by the Nazis, but also next to untranslatable in English. Über means both over and above, so the term should not be translated at all; the goal for a strong individual must be to transcend man.

Alasdair MacIntyre believes that this idea belongs to the “philosophical bestiary,” but Nietzsche probably wouldn’t mind that characterization. For him, to be completely alone means to be both beast and god – the Driver seems to be that kind of person.