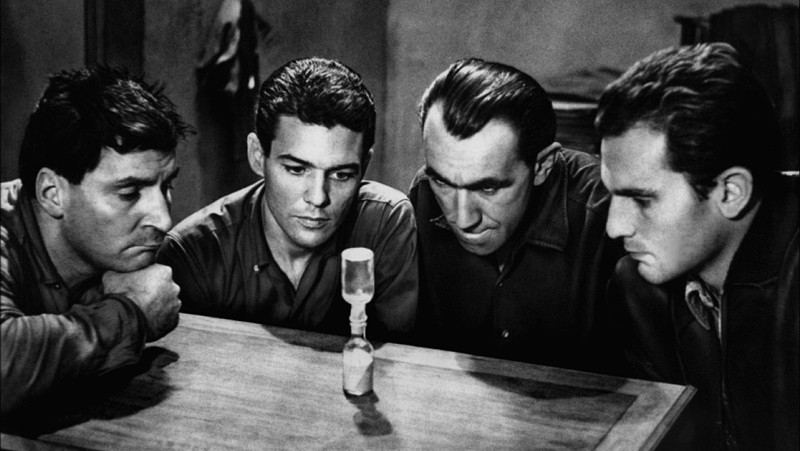 The allure of a prison escape film seems to permeate throughout our society. Even though we, the audience, are usually cheering for people that have probably committed heinous crimes, seeing them achieve their inevitable decampment is an exhilarating experience.

Freedom and choice is an intrinsic value among all people, it is human nature to want to be free. So it only makes sense that experiencing or witnessing the most hardened of thugs usurping captivity and imprisonment is practically its own sub-genre.

However, when the topic of such movies come up, many people may cite either The Shawshank Redemption, Cool Hand Luke, A Man Escaped, Papillon, Escape from Alcatraz, Stalag 17, Down by Law, and/or The Great Escape as being the best in the genre. But one masterpiece seems to be consistently omitted from this discussion: Jacques Becker’s Le Trou.

Here are 7 reasons why Le Trou is the greatest prison escape film ever made. Article contains spoilers. 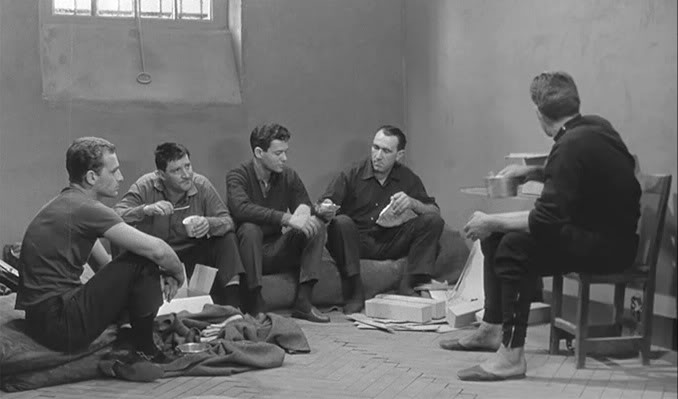 Becker really drills down to the bare essentials when shooting Le Trou. There is no film score or musical soundtrack—it is all purely diegetic. No oblique shots such as dutch angles. The lighting is flat, harsh even, the kind of lighting one may find adorning prisons all over the world in which atmosphere is the least priority.

The sound design is simplistic, complementing the movie throughout by accentuating the hollow interiors of the prison. Just 5 men, some blankets, some cardboard and the desire for freedom.

2. It is based on a true story 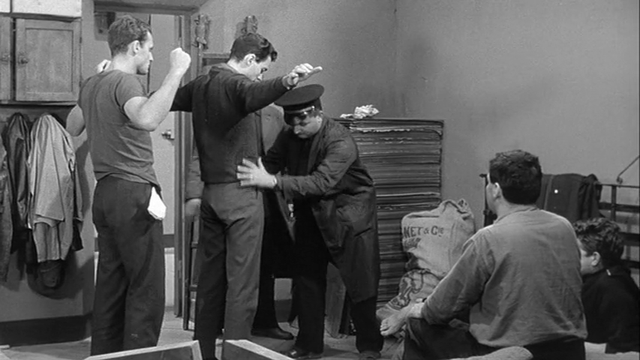 Yes, there are many prison escape films based on true events. But, given Becker’s aforementioned propensity for realism, Le Trou goes above and beyond by employing three of the actual prisoners who participated in the original escape in 1947. They were hired as technical consultants, overseeing the accuracy of the shoot, and one of them even acts in the film.

That actor, Roland Darbant (or Barbat), plays as himself under the stage name Jean Keraudy. His character is the most experienced out of the bunch, leading them through the labyrinthian cavern/sewer of La Santé Prison. With the help of the technical consultants, Becker was able to recreate La Santé Prison down to its most smallest, and inconsequential feature.

3. Its meticulous attention to detail 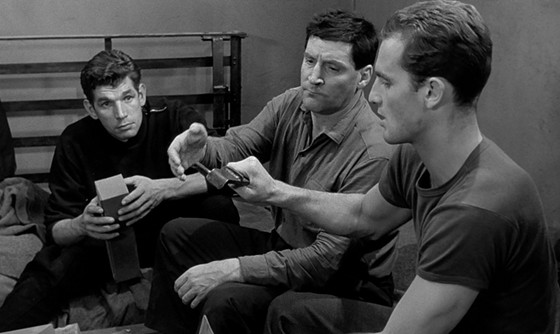 With what was said previously, it is no surprise that Becker filmed every bang, cut and step these 5 men took to leave their shackles. Showing every tool and makeshift device that aided them along the way. As the ring leader, Darbant, begins to trust Gaspard—their new, unproven member of the claustrophobic cell—he starts to put the escape plan into fruition.

The first step is to pick the most mundane job which allows them to remain in their cell for most of the day, which is assembling cardboard boxes—rectangular prisms to be exact. They had chosen this menial task because it has two purposes.

One, to use the unassembled cardboard plates as cover for the hole, and secondly, for the boxes to be used as dummies on their beds as they go through the basement of the prison during night time. Later in the film they cleverly use string to animate the dummies when they hear prison staff coming by.

The second step shows Darbant detaching a tiny piece of tile from the edge of the prison cell wall, revealing a small, square mirror about the size of his thumb. Tying the mirror to a toothbrush, then pushing the device through the prison door’s peephole that can only be opened and moved from the opposite side of the cell; thus creating a periscope to watch for any guards passing by.

Also, there is no need to explain where they got that piece of mirror because even with its minimal set design, the room still tells a story of what the cell was like before Gaspard appeared. An observant person can see that their cell is missing a full mirror, so it can be inferred that one of the prisoners decided to break said mirror, and hide a piece of it in a tiny, loose tile. With the prison none the wiser, they clean up the broken glass and deny the men from getting a new mirror as punishment.

It could have been incredibly easy for Becker to condense these two preliminary steps into a simple montage, but the verisimilitude of showing it in almost real time is much more engaging.

4. Its use of non-professional actors 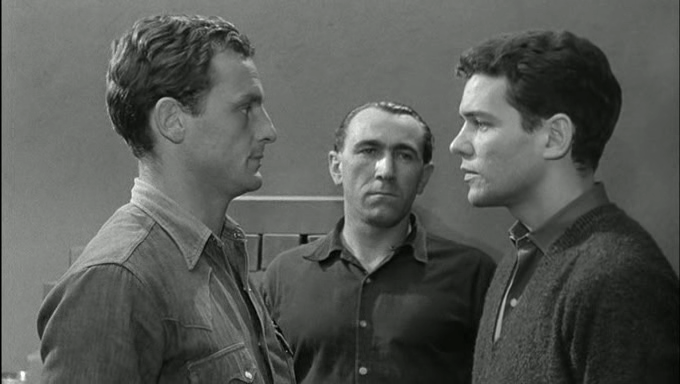 On the surface this may seem like a shallow reason, but considering the context of what Becker was trying to do, having amateurs star in the movie adds even more to its sense of realism, a la Robert Bresson.

Non-professionals sometimes get a bad rap for awkwardness, stiffness or peculiar line delivery. But a great director like Becker can make a great actor out of anyone, even if it takes some intricate editing.

5. The film was shot by legendary cinematographer, Ghislain Cloquet 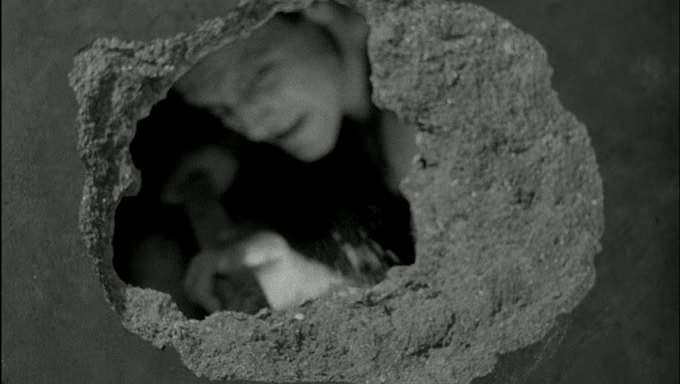 Again, seems superfluous because many prison films have great cinematographers. But the decision to have Cloquet who is known for his stark, contrasting black-and-white photography is a perfect match. Becker did not want to obfuscate any of the action, thus making Cloquet’s simplicity truly subservient to the story.

6. The film’s runtime was cut down by its producer 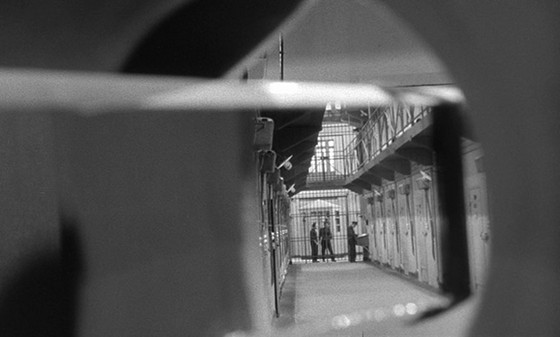 Tragically, Becker died a few weeks after shooting wrapped. He was able to finish editing the film before he passed. Getting it released by his wishes, but the producer cut 24 minutes out of 140 minutes to make Le Trou have better commercial prospects. This cut footage remains lost but the film is still a work of perfection, obviously.

Like with The Magnificent Ambersons, or Alien3, films that get this kind of singular, biased recut from someone else’s vision without input from the director can leave many people to ponder what that besmirched film could’ve, or would’ve been like, if the movie was just left alone. But in Le Trou nothing seems too long, too short nor does anything seem needlessly excised.

7. The comradery and ordeal of the prisoners adds to the pathos 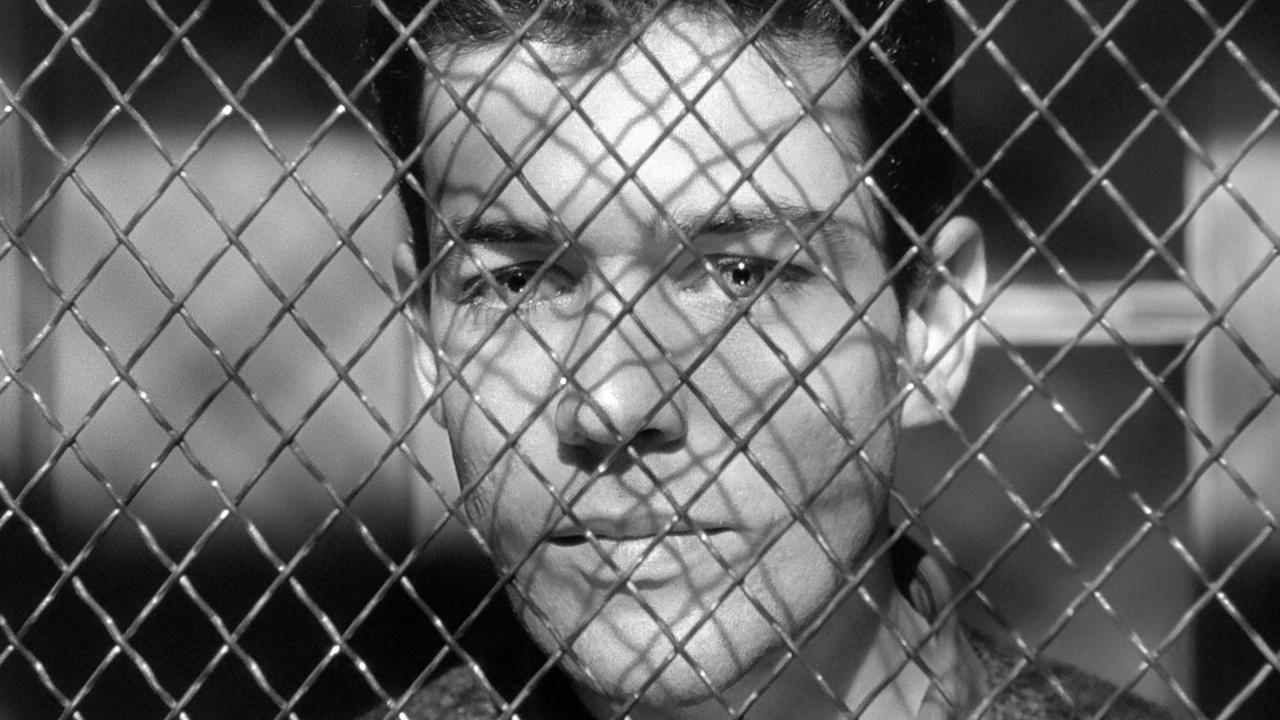 Not to say that other prison escape films do not have any sort of character development, it is just the way Becker executes it in Le Trou is exceptional. To get the audience involved with the physical struggle of escaping a maximum security prison, he will not cut away from the labor. To demonstrate this, Becker shot a sequence in which they just hammer away at the floor for about 4 minutes without cutting. And this is after the preliminary steps with them getting the cardboard plates and making the periscope.

Furthermore, if it were not for the bonding of the group, then the end may not have felt so heartbreaking and disappointing. Consider, in the first act, when the new inmate is processed to the doomed cell, he shares his food with them. This opens them up to Gaspard, especially after hearing that he is in prison for attempted murder. So they conclude that he will be there for awhile, meaning he has nothing left to lose, he has an incentive to escape with them.

Even Gaspard makes this erroneous assumption because it is shown that he has an interest in the escape plan, too. However, in a strange twist of fate, the witness that accused him of murder recants her testimony, acquitting Gaspard of all charges. This now puts him into a dilemma that would either make him go against his word and rat on the wanderlust prisoners avoiding a real charge, or go with them at the risk of aiding and abetting fugitives.

Technically speaking, it is revealed in the beginning that only 4 out of the 5 prisoners want to leave, but that dormant inmate has no problem helping anyways. The only possible personal motive for him wanting to help is because he considers his cellmates to be his friends. Implying that they all have some benevolent character traits.

The tension only increases as their ordeal becomes fully realized. After they break through the floor, only two can go at a time. Leaving three behind to maintain the cardboard puppets. The first two that exit the cell have to file away at some iron bars blocking the basement. And of course Becker shows most of the work. Next they have to open a door that leads to the sewer but it is locked.

Darbant solves this problem by making a custom key from some scrap metal lying around; since all keys in the prison are universal and have a very simple tooth pattern. Going through the sewer will let them escape outside the prison walls via a manhole, but there is large reinforced concrete wall blocking the path, causing a slight delay. So now they must spend a few days circumnavigating the wall by digging through the less secure cement perpendicular to the concrete.

The group even makes a 30 minute sand timer as to not overstay their welcome as each person helps with breaking down the wall. But because of the length it took to break through the cement, Gaspard was able to give away the plan to the prison thanks to his exoneration. And it is here, where they have finally finished, where they were so close to leaving, that the prison discovers their scheme. A heart-stopping finale when they take their last peek through the peephole with the periscope.