When one makes a subject a vocation or merely an avocation, there is a danger that the individual may start feel that they pretty much know all there is to know about said subject. That danger seems to happen to those who love, study, and work in or with the film world to any great degree.

It’s so easy look to the usual suspects of place and period. What many forget is that the world is still a pretty big place and cinema has been around for more than a century now. Some may concentrate on the films produced in the US, western Europe, and certain industrialized sections of Asia, but great filmmaking can happen anytime and anyplace. The subject of this list is a case in point.

In the early 1990s, word began to circulate in the US and England about an astounding production that had premiered in Poland (at the time better known for the dramatic political upheaval it was undergoing than for artistic achievements) at the very end of the previous decade.

By the standards of the film cultures outside of Poland, this production was considered unusual and problematic in structure, and its director/writer wasn’t well known outside of his homeland (a fact soon to change). It took awhile for such a unique work to find its way into the cinematic mainstream outside of Poland, due in large part to running time and original venue.

However, in the early ‘90s, informed cinephiles began to hear about a remarkable work which had premiered on Polish television and which dealt with the Biblical Ten Commandments as those edicts could, would, and maybe should be applied to modern life.

This may have put some off, fearing an oppressively moralistic treatment of what sounds like sermon fodder. (In fact, just before this effort was produced, NBC in the US tried this very idea, with the short-lived results being every bad thing many might have feared the project in question might also be.)

It would be possible to wax on and on about this project, known as “Dekalog” (or “The Decalogue”), in this introduction, but the following is a list that will attempt to explain why this seemingly unlikely project ended up being, in fact, one of the great cinematic works ever made.

Depending on one’s point of view, Krzysztof Kieslowski was either the luckiest of unlucky men or the unluckiest of lucky ones. His time on Earth would not be long (55 years) and he died largely because he refused to seek medical help outside of his beloved Poland (at the time, not the most medically advanced of countries) for the heart condition which was his demise.

He had long been known in Poland and its neighboring regions, but had yet to make an international breakthrough at the time “Decalog” came into his life. He was always deeply interested in the problems which beset his homeland, but really in a more humanistic than political fashion.

Like so many of the best directors in the world, he understood and cared for people, in spite of whatever weaknesses and failings they might have. However, this did not stop the socialistic authorities from objecting to his work (along with that of many others), with the 1984 film “No End” (“Bez konca”) becoming a particular sticking point.

During an angry confrontation concerning the film and how it depicted Polish life under Soviet-influenced rule, he sarcastically blurted out that perhaps making a film about the Ten Commandments might not be objectionable. This got his fertile brain going but this aspect will be discussed more a bit later.

Kieslowski was not a director to knock the viewer’s socks off with visual style, though he did have a keen camera sense with regards to placement and choice of images. He also didn’t overtly overwhelm with cerebral concepts that might be off-putting.

However, the more one looks at any given Kieslowski film, the more one is apt to see, literally and figuratively. His ideas can often sound simple in outline but gain a staggering complexity when all is said and done. However, above all, he possessed a gift quite unique to him: he had an uncanny talent for invoking a sense of involvement.

In any given project of his, all he needs is a few moments of the viewer’s attention to create interest in characters who often aren’t extraordinary or glamourous people, nor in some cases, unduly sympathetic to the naked eye. This talent was great in any event but it may have achieved its finest hour with this effort.

“Dekalog” was also the gateway to his famed ‘Three Colors’ trilogy (1993) and 1992’s “The Double Life of Veronique”, but when all’s said and done, this might be his monument. 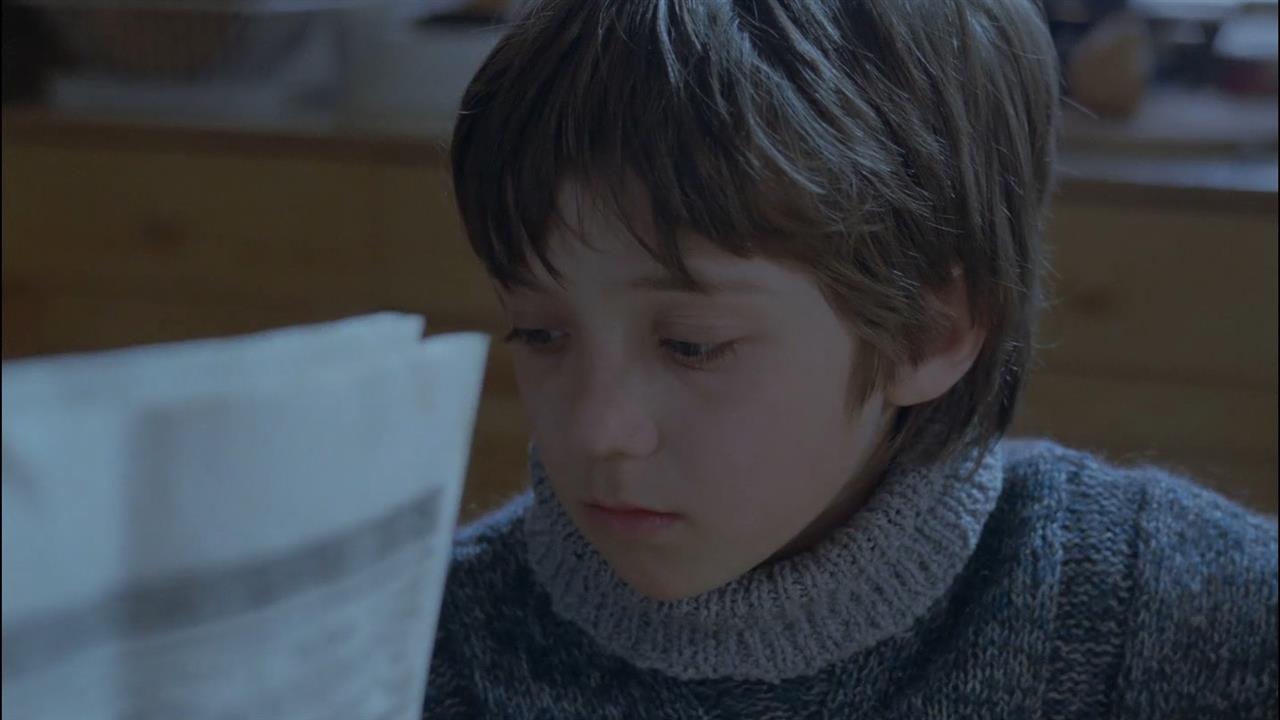 As already stated, the springboard for this project is the Dekalog or Ten Commandments on which the principles of Judeo-Christian ethics are based (and thus, the laws and mores of many societies throughout the world and throughout its history). Through those ages and places, many have noted that the ten rules are easy to follow in concept and appear simplistic, but become quite complicated in practice and, in the end, are virtually impossible to keep perfectly.

It would be the easiest thing in the world to have created ten very didactic little films showing the bad effects of breaking these commandments or the good effects in keeping them. If that had been the case, this effort would have been fine for Sunday School showings and nowhere else. This effort is really about the need for values and bedrock foundations in the lives of modern people. Though there are some overtly religious characters within the ten episodes, this is not about religion vs. atheism or morality vs. nihilism. Quite often characters are lost due to an absence of values but also conflicted in trying to apply values in complicated situations.

Some of the characters may be considered bad, but many are good people finding themselves in difficult situations, often not really knowing how it all went so wrong. It is quite often said that there is strength in simplicity (as opposed to the gimmicks so many films are built on) and “Dekalog” is a testament to that.

Out of material virtually everyone knows and which some might consider mundane, a masterwork was created. It should also be noted that no one commandment is pinned to any one episode. The original distributor in the US arbitrarily attached the commandments to the episodes in reflection of their numeric order, but this is not and never was official. 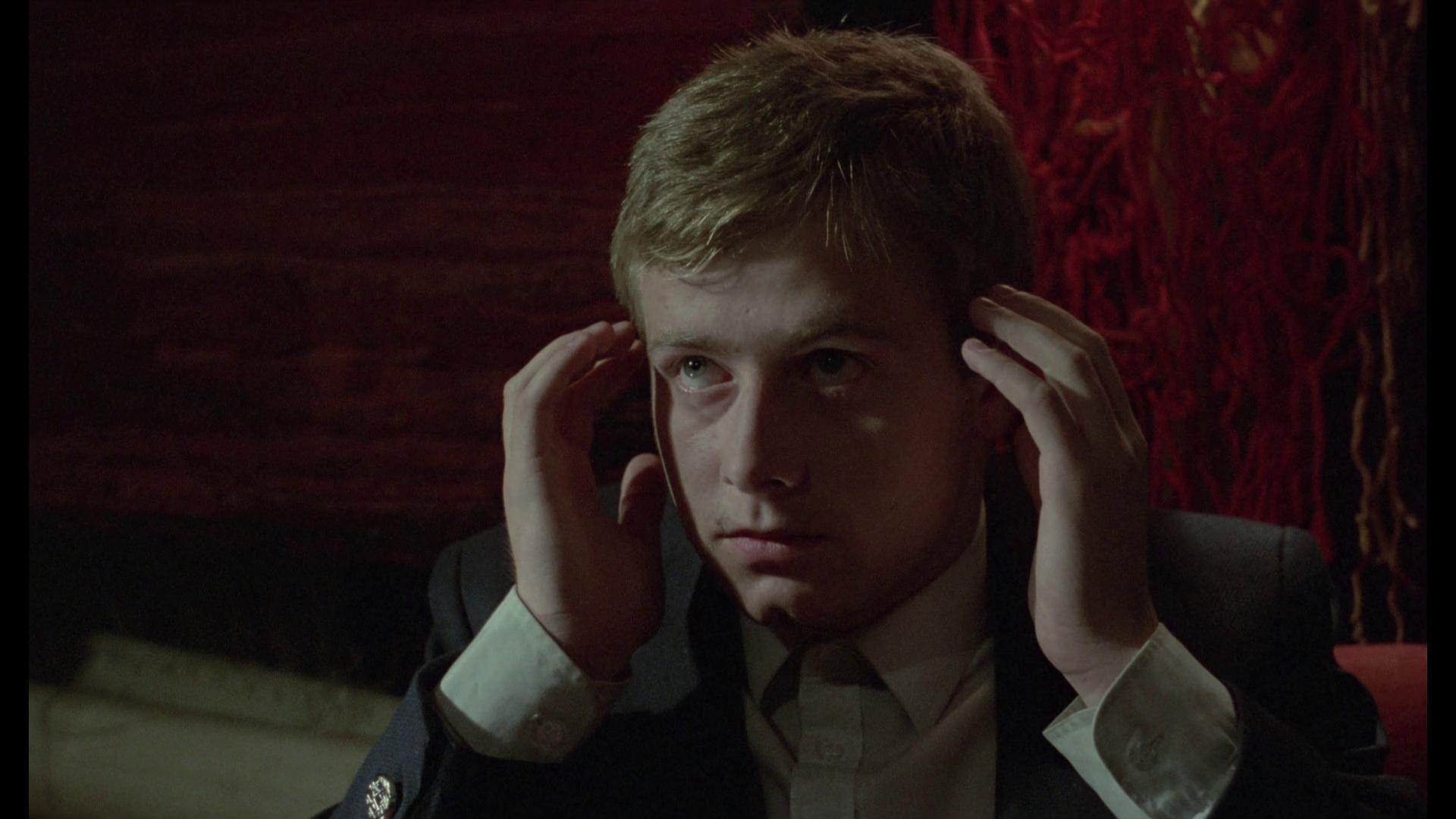 If the basic idea for this project came about in an unusual manner, then the actual writing followed a similar path. During the director’s days as a documentarian, he had planned a project involving the infamous “show trials” plaguing Poland during the 1980s.

While researching this idea (which did not and, due to political conditions, could not come to fruition), Kieslowski met a young lawyer named Krzysztof Piesiewicz, who was not a part of the cinematic world, but who had a wealth of life experience as a lawyer (he worked with Kieslowski on all of his remaining projects and is now a prominent politician in Poland). The pair set about creating a work of great nuance, subtlety and a surprising amount of variety.

While there are some admittedly very heavy moments in “Dekalog” (especially in the early episodes), there are also some lighter moments as well. One element that has always sparked discussion is the fact that though some episodes are pretty clear as to which commandment is being treated (the episode for Thou Shalt Not Kill couldn’t be more plain), most often it’s hard to figure out which one might be under consideration.

This is complicated by the fact that some episodes might concern more than one commandment, since issues with one quite often lead to other commandments being put into the mix. In some episodes, the commandment or commandments which may be in question may not even be something breached by the main characters, but rather something which has entered the character or character’s lives through the actions of others, sometimes not even known to them.

The scripts take many twists and turns, but all of them ring true and take into consideration that human nature can be quite surprising (the resolution of episode two in part concerns a character’s reaction being totally unanticipated by another character on the horns of a dilemma).

Perhaps because the two men were both men of the world, men of a certain age, and also, surprisingly, men of commitment, they were able to put a lot of experience and life knowledge into the scripts, which also don’t seem to suffer from any undue concerns over commercial matters. This is once-in-a-blue-moon writing.