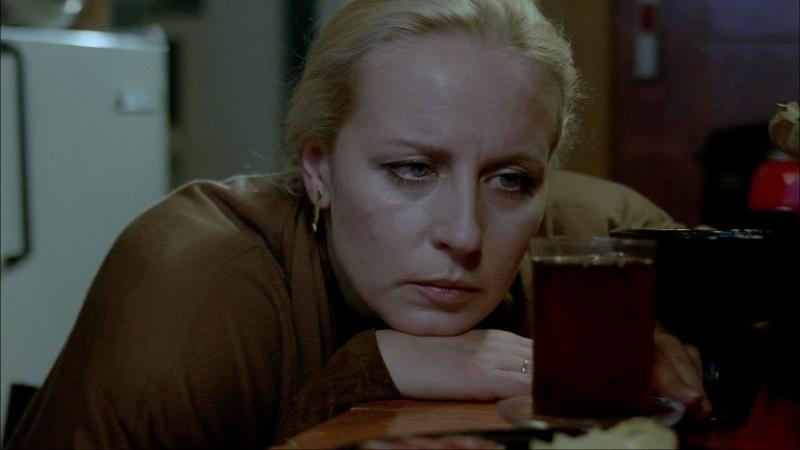 In recent years in the US, the medium of television has begun to be viewed as one in which viable artistic work may be done. This change in attitude is largely thanks to the fact that new avenues have broken television away from the very limiting constrictions of broadcast TV standards.

Many producers, directors, and writers are seeing that the advantages of long-form writing with the option of developing themes and characters over several continuing episodes can bring about a depth that no other medium can equal.

This is old news to European audiences, where that kind of project has been around since the 1960s (evidenced by such efforts as Fassbinder’s “Berlin Alexanderplatz” of 1980, Edgar Reitz’s “Heimat” from 1984, and 1986’s “The Singing Detective” from director Jon Amiel and writer Dennis Potter).

Perhaps a feature film might have been made with various plot strands crisscrossing, or a series of feature films with a common theme (such as several of the works of French auteur Eric Rohmer) might have been produced, but it’s doubtful that either of those ideas would have worked better, or anywhere near as well, as the creation of ten films of approximately one hour in length for Polish television. Yes, that means that this project weighs in at around 600 minutes!

When one sees it on television (and one of the first mainstream venues for it in the US was a version of the Sundance Channel that was far different from the current one), or on the TV-friendly medium of DVD (after a long-ago US release by the rather obscure Facets boutique label, the project that came into the prestigious Criterion Collection in the US in 2016).

In earlier, TV-phobic times, there were ill-fated attempts to show the whole thing in one big sitting, or broken into two separate days. Either way, this exhausting idea was simply too draining to maximize the impact of the whole film. This is more of a chamber piece. It certainly can be discussed but it can also quietly make the viewer contemplate life in a more solitary fashion.

It is one of the very few, very elite entities to hold a 100 percent score on Rotten Tomatoes, and is often considered the finest project ever made directly for television (and much of anywhere else as well). The project also picked up an unsolicited fan in the great director Stanley Kubrick, who was not given to be effusive, who proclaimed it to be one of the finest things he had ever seen. 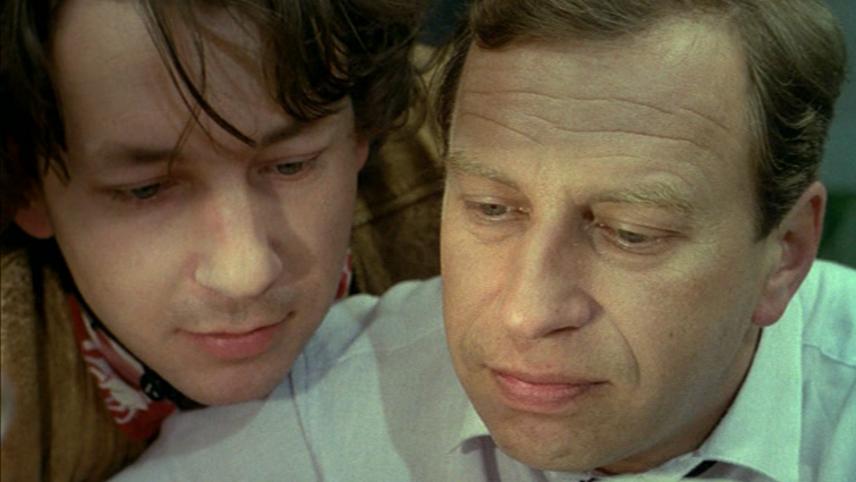 Oddly enough, the makers emphasize the universality of the theme by making the setting very finite and specific. All the stories are set in the same housing complex in a city in Poland. The housing isn’t the best, but it isn’t the worst, either. Though the political events of the time and the difficulties those events inevitably brought about are not directly mentioned, it’s hard not to see that the inhabitants of this housing block would be subject to all the difficulties inherent to that time and place.

Though the characters don’t dramatically cross over from one episode to another, there are entries that see characters from one story in the background of another. In fact, the central story of episode two is used as a test case in the class taught by the ethics professor of episode eight.

In theory, it might seem that this gambit would cause the production to seem more localized and specific, but the end result is the exact opposite. The apartment complex seems much more eclectic and democratic than most and an interesting cross-section of people live there. Also, though the individual homes have character, the complex especially doesn’t. This turns it into a bare stage on which anything might happen.

It also points up that while the commandments are universal, they can also be seen in the microcosm of this very set place (and the stories seem to all take place within a couple of year’s time, though this is never quite spelled out). The fact that the makers could get just what was wanted from this setting is a testament to the skill that went into this project’s making. 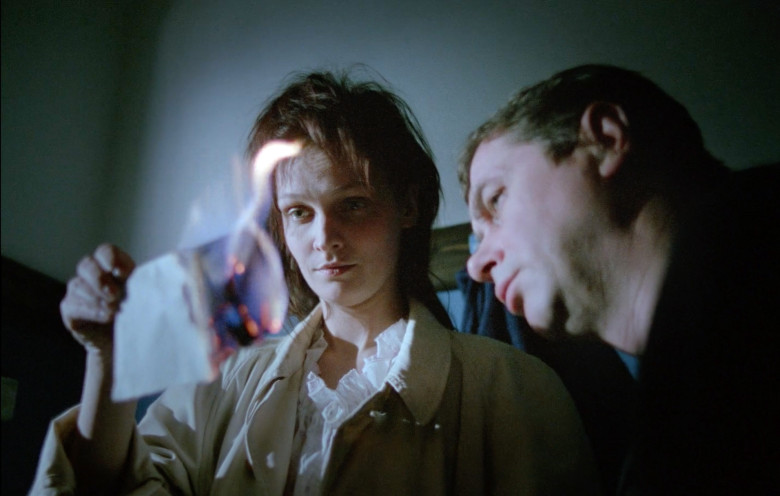 One of the big reasons the apartment complex comes out in the intended way is also a reason why the ten films have such individuality.

When Kieslowski decided that he would direct all ten episodes, instead of farming them out to himself and nine other directors as originally intended, he knew that he wanted each to have an individual tone and look for each. Since he and Piesiewicz were writing all of the episodes and they were all set in the same basic place, there was one big factor which could produce this effect.

To that end, he hired nine cinematographers to shoot the ten short films. These professionals were Wiesław Zdort,Edward Kłosiński, Piotr Sobociński (the repeat offender), Krzysztof Pakulski, Sławomir Idziak, Witold Adamek, Dariusz Kuc, Andrzej Jaroszewicz, and Jacek Bławut. Each finds a proper look and feel for that episode and its theme. A great example of this is the distinctive style of episode five, which most clearly deals with Thou Shalt Not Kill.

The eerie greenish, brownish-tinted cinematography used in the extended flashback to the distressing central event is quite unforgettable and may well have been one of the factors which lead this episode to being expanded into the feature “A Short Film About Killing” (episode six, also quite distinctive, was likewise expanded into “A Short Film About Love”, whose title gives away nothing concerning its commandment).

These craftsmen also know how to frame for the medium of television, though they don’t let traditional ideas of shooting for that medium confine them (there are many close-ups, a TV staple, but they are used in vital ways and there are also long shots, not standard in TV).

The upshot is that “Dekalog”, on a whole and in the particulars of its components, is as visually distinctive as any film made for a larger screen. Many looked down on TV projects for decade because they had a “TV look”, which very many did indeed have. “Dekalog” does not. It can hold its own with other great cinematic works on a visual level (if not on a spectacular scale).

7. The Characters and The Actors 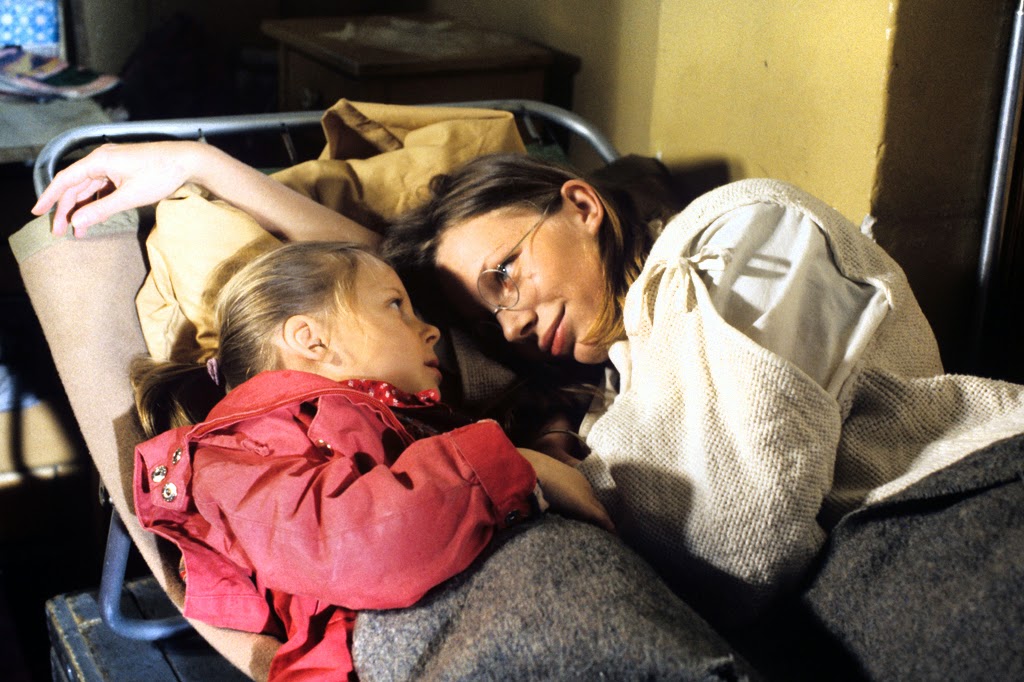 For all the compliments which can be paid to the aspects noted in previous entries, the characters and the actors playing them are the vehicles which deliver the maker’s messages and ideas home to the viewer. Once again, this component is brilliant. The characters are great matches for the setting. Like the apartment complex, they are individual (and quite complex in a very natural and humanistic way) but not overwhelmingly so.

Though these people are distinct, they are plausible and recognizable. Their situations and lifestyles are accessible and relatable. The commandments (and even the religious characters never overtly refer to them) impact their lives in ways that could happen to anyone (though the ways illustrated here are as unique to these characters as they would be to any specific human being).

Piling greatness upon greatness, Kieslowski carefully chose a cast that blended Polish film stars, distinguished stage actors from that country, and little-known performers. With a few exceptions, such as episode two’s Krystyna Janda (a leading actress in major Polish films for two decades around that time), the actors were not well known outside of the country and, perhaps, the adjacent nations.

In all honesty, anyone not knowing who was famous and respected, and who was not, couldn’t tell from just watching this production. Everyone cast in a major role gives a major performance (and even the famous actors in the cast found that this effort became a gold star in their credit’s listings). These actors clearly knew that they had a script of rare quality and give their finest efforts to it.

Along the lines of the project’s characters, there is one of the mysterious notes which often graces productions, which enter into the realm of high quality. Eight of the ten episodes feature a silent unnamed character (who was to have appeared in one of the remaining two, an appearance which was prevented by technical difficulties).

This character is a tall, slender young man with reddish-blonde hair and large haunting eyes. Sometimes he just seems to be a wandering vagabond, and other times he has jobs that place him near the scenes of the action, yet the net effect is the same. He always soulfully watches, just watches.

So much happens within his gaze, yet he takes no action. He seems to suffer with the pain and grief of the other characters, though he has no overt connection to them. Is he an angel? Is he a Christ figure? The viewer can have it their own way, though Kieslowski always maintained that he had no idea about any of it. This refusal to spell it all out is symptomatic of great artists and quite fitting for an entity that is truly a great piece of art.