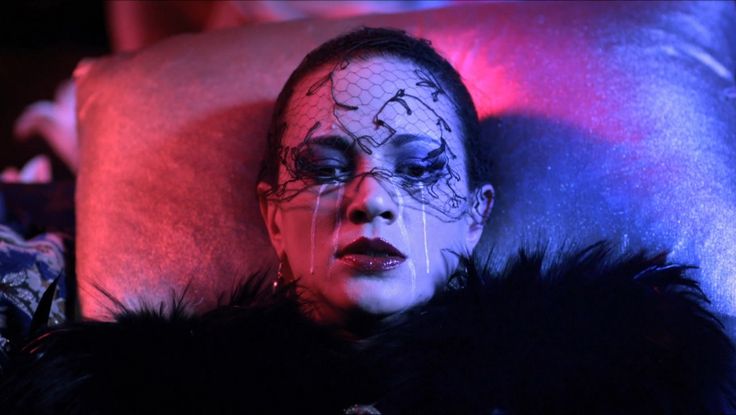 Like father, like son. A sophomore short film for the actor, musician and director Adan Jodorowsky aka Adanowsky who provided the soundscapes for “The Dance of Reality” is based on Jodorowsky Sr.’s short story of the same name, so one shouldn’t be surprised with bizarre and esoteric imagery it brims with.

Starring Asia Argento as an opera singer, Naya, and Adan’s brother Cristóbal as her husband Noev, this extravagant musical-fantasy-mystery feels like the best of works from papa Alejandro. Its story could be summed up as a nocturnal odyssey to recover her vocal cords, turning into the titular antihero in the process.

Scene after scene rich with the craziest of details, we witness an outré adventure involving a quartet of seminude (yet harsh) blonde critics, a midget countertenor whore, a chubby bass drag-queen, a scantily clad saint with a miraculous urine, a commando-squad and a hanged ship, inter alia. Surreal and iconoclastic, “The Voice Thief” is a type of film rarely seen these days, with a bit of Argento and Refn influences mixed in as the flamboyance intensifiers.

A must-see for the experimental cinema buffs! (Officially available on both Vimeo and YouTube.) 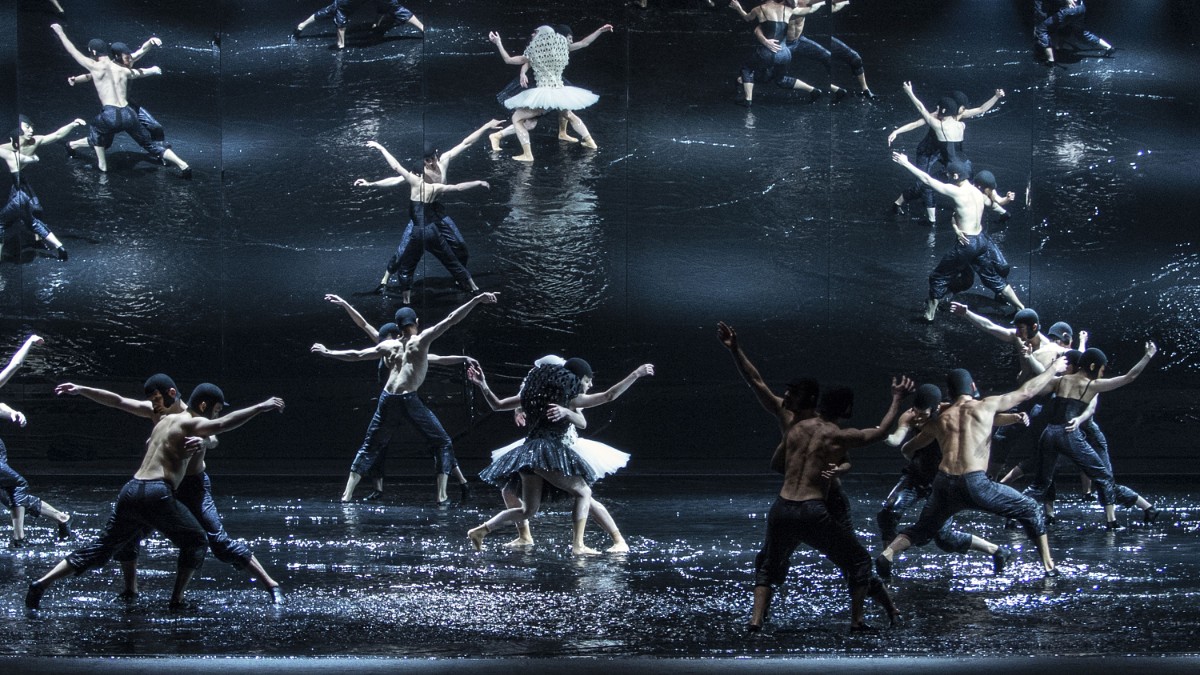 Beginning in a land far away (precisely, in Swan Lake City) of anachronistically chaotic 1877 (the year of the original ballet’s premiere), “A Swan Lake” takes you to a wild world with its own fickle norms and twisted logic. During a deliriously farcical Act I, we are introduced to the peculiar citizens of the abovementioned town and a desperate Artist who searches for the next big idea, undermined by The Producer and (drugged) Ornithologist. And that is as close as the Swedish choreographer Alexander Ekman’s wicked extravaganza comes to Tchaikovsky’s famous piece.

In Act II, the audience is zipped 137 years into the future, with the stage submerged in 5,000 liters of water which simultaneously limits and propels the dancers’ movements, being a character on its own. Probably inspired by Pina Bausch’s idiosyncratic “Full Moon (Vollmond)”, Ekman transforms his dancers into children having unadulterated fun on the playground, and yet his avant-garde spectacle of absurdly surreal proportions seems precisely directed.

Armed with odd sense of humor, he brings hundreds of rubber ducks and multicolored beach balls into the “game”, allowing opera and brass music intrusions, and a cuddle & slap party between Odile and Odette.

Only a few seconds long Act III comes as a break-dance surprise – a strong punchline to a multi-medial, no-tutus fairy tale de(con)struction which reaches a brand new level of creative madness.

Two years after releasing one of the most unusual horror movies of the 21st century (Berberian Sound Studio), Peter Strickland treats us to an erotically surreal romantic drama aptly described in Scott Foundas’s Variety review as “an act of cinephilic homage that transcends pastiche to become its own uniquely sensuous cinematic object”.

Set in the alternative world inhabited solely by female lepidopterists (where lesbianism faces no judgment), “The Duke of Burgundy” revolves around a S&M relationship between Evelyn and Cynthia, brilliantly portrayed by Chiara D’Anna and Sidse Babett Knudsen, respectively. Simple as that, and yet extremely complex once you scratch the surface, it is partly a multi-layered character study, partly a dreamlike mystery and partly a profound reflection of boundless love.

Propelled by kinky sexual fantasies, it never crosses the line of good taste, nor it trips into sleaze. On the contrary – wonderfully written, knowingly directed and lovingly framed (by Nic Knowland), it is a classy, elegant, magical and sophisticated work of modern art. 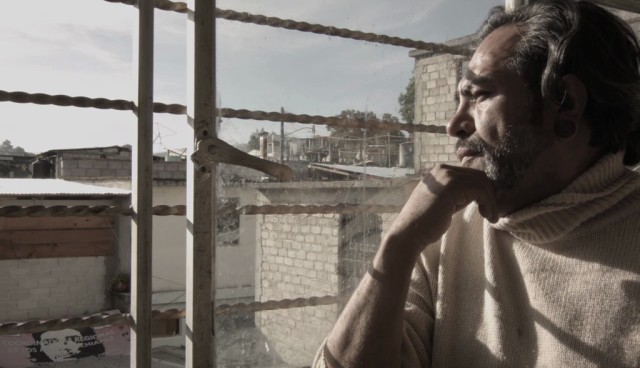 The biologist-turned-filmmaker (!) Pablo Chavarría Gutiérrez boldly pushes the limits of cinema in the exploration of its tricky and transformative character. Self-taught and self-assured, he is free from the confines of academic canons, so the result of his experiment is quite an outré experience. Featuring only one protagonist who is given no name and portrayed by the co-writer Alejandro Alva, “Alexfilm” can be viewed as a meditation on (the emptiness of) existence.

Neatly shot in natural light, this poetic and later, quite obscure meta-monodrama/mystery of sorts portrays an impoverished artist (?) who frequently thinks, therefore he is.

As he awaits an important event, we follow him cleaning, cooking, smoking, singing to his dog, trying some glasses on and painting abstract compositions on the walls. At one point of wry and dry humor, he becomes self-aware of being a part of the film’s (sur)reality and eventually, he moves from his dirty, vacuous apartment into the forest where he becomes… something else.

This man’s uneventful day (compressed into an hour-long time frame) will surely frustrate the most impatient amongst the viewers, while the rest might find the sublime truth they’ve been looking for.

18. Granny’s Dancing on the Table (Hanna Sköld, 2015) / Sweden
Weirdness of the hybrid kind

Behind the festive (read: ironic) title of Hanna Sköld’s sophomore feature, no granny is dancing on the table… at least, not until the credits roll. We are introduced to a pubescent girl, Eini (Blanca Engström, pale as a ghost and carrying the movie on her slight shoulders), who lives with her despotic father (an intense performance by Lennart Jähkel) deep in the forest.

Her only relief from the drudgery of isolated day to day existence, including the beatings for the smallest mistakes, are the strolls amongst the trees (when daddy’s out) and letter correspondence between her grandmother and great aunt. From these writings and out of “ennui”, she conceives a fantasy world which is, albeit being animated in stop-motion, far from a happy place where she can escape grim reality…

Child abuse is, without any doubt, one of the most sensitive topics, and Sköld approaches it with brutal honesty, showing no mercy to the viewer. Favoring the austere, Tarkovsky-meets-Nordic-dread imagery (kudos to DP Ita Zbroniec-Zajt), she delivers a harrowing chamber psycho-drama of a child forever scarred by parental misconduct.

The puppet-sequences of Eini’s fancy do contrast the grays of dysfunctional family dynamics, yet they reveal a history of domestic violence which is by no means a sugar coating for the heroine’ tragedy. 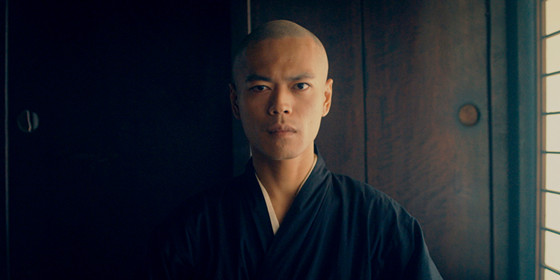 From the clash of repressed sexuality and libidinous desires causing so much suffering for a hunky, yet devout and diligent Buddhist neophyte, Ninko (Masato Tsujioka), emerges a unique feature debut for Norihiro Niwatsukino.

The mischievous newcomer takes us back to Edo-era Japan where ladies go gaga over poor Ninko whose irresistible charm also works on a couple of his gay brethren. After a troubling encounter with a mysterious woman behind a Noh mask, his celibacy is sorely tested, so he has to leave his Enmei-ji temple and go on a journey of purification.

Opening as a classic fairy tale, the film takes comedic turns into deadpan and slapstick directions, borrows a road-movie trope or two, flirts with erotica and folklore-inspired horror and ends on an ecstatic note, all the while defying genre classification and seething with cult status potential. Its ambitious, multi-hyphenate creator is credited as producer, director, writer, editor, animator and special effects supervisor whose creativity and irreverent attitude belies the shoestring budget.

Combining live-action with short “anime” vignettes in the bawdy and beautiful way, Niwatsukino provides plenty of aesthetically pleasing shots, as well as a concise insight into the history of J-art, from Buddhist mandalas to ukyo-e, involving a good deal of shunga. His gutsy direction is best reflected in a splendid sequence of Ninko’s lucid hallucination accompanied by the exquisite J-traditional remix of Ravel’s “Boléro”. 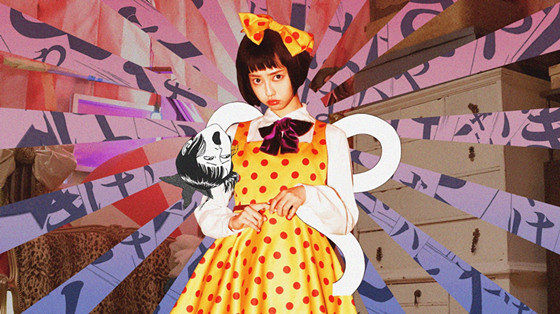 It’s not without a good reason that a 27-yo model, Risa Nakamura, portrays a 14-yo orphan, Midori, in this deviant cautionary tale adapted from Suehiro Maruo’s ero guro manga (previously brought to the screen in a notorious anime from 1992). Written and directed by a clothes designer for Meewee Dinkee brand, Torico, “Midori: The Camellia Girl (Shōjo tsubaki)” takes place in an unspecified year of the parallel dimension Shōwa period and follows the disturbing misadventures of the titular heroine.

Stuck in hellish reality of a freak-show life, Midori dreams of becoming an actress – instead, she is frequently humiliated and molested by her “adoptive family”. With the arrival of an enigmatic illusionist, Masamitsu (Shunsuke Kazama), the situation is reversed in her favor, but there’s something awfully devilish about him and it is not only his horned haircut.

From the pop-art intro, through ulcer-bursting nightmare of Masamitsu’s doing, and all to way to the ambiguous epilogue, Torico takes a high-camp stance and navigates with great ease, her tongue firmly in cheek. Seemingly inspired by the works of Mika Ninagawa, she drenches her exuberant, perverse, delightfully kitschy fantasy in dazzling colors and screaming patterns, letting the cast overact their hearts out.

A few short animated sequences are thrown in for good measure, while the extravagant proceedings are peppered with a handful of Carroll-esque surrealism, offering a high-quality and very Japanese B-movie experience.