It’s difficult to imagine that we are now only at the halfway point of the winter season. The darkest period of the year still reminds us that the best way to live through it is to enjoy films in warmth of our homes, covered with a blanket and sipping hot tea.

The films presented here let you explore the extremity of conditions in the winter, including snowy cold mountain ranges, human boldness and persistence to survive in harsh conditions, the mysteries of the human psyche, and strange forces of nature that transcend human destinies. 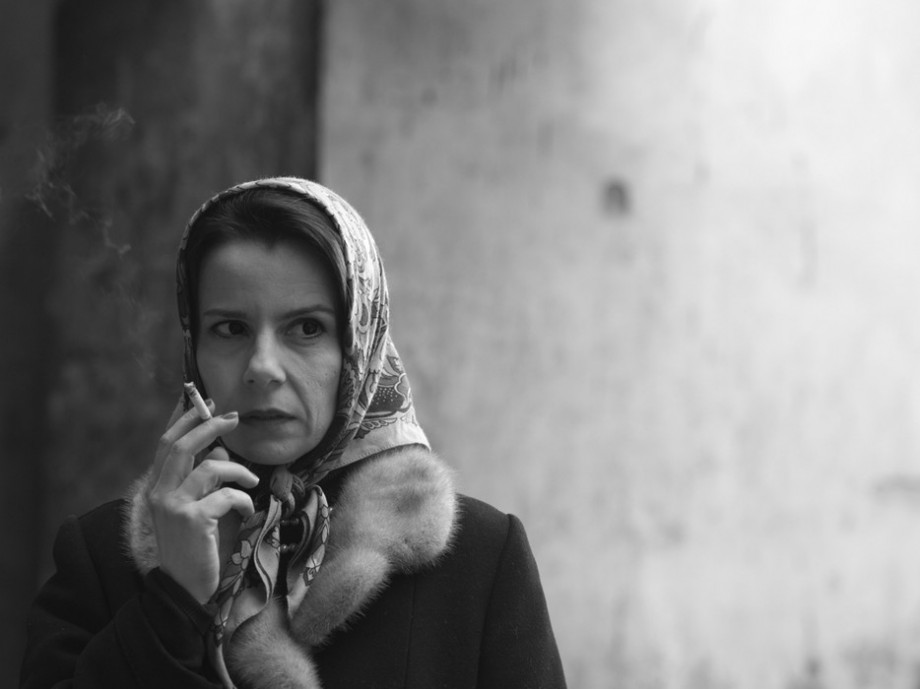 In “Ida”, everything is grey, except for the white snow. Set in Poland in the 1960s, it is about a young woman on the verge of taking her vows as a Catholic nun. Being orphaned as an infant, she must now meet her aunt, and she learns that her parents were Jewish. The two women embark on a road trip into the Polish countryside to learn the fate of their family.

This road movie with an eerie ambiance contains darkness and despair of a very dismal era in Poland. Everything feels dead; the roads are almost invisible and without traces of passage. The astonishing photography, with format 4:3, enhances the sense of being lost and not knowing where to go.

“Ida” guides the viewer to the edge of the human psyche in quiet moments, including steps that are silenced by snow. It is a discreet yet very powerful film that will leave you mesmerized with its beauty and complexity. 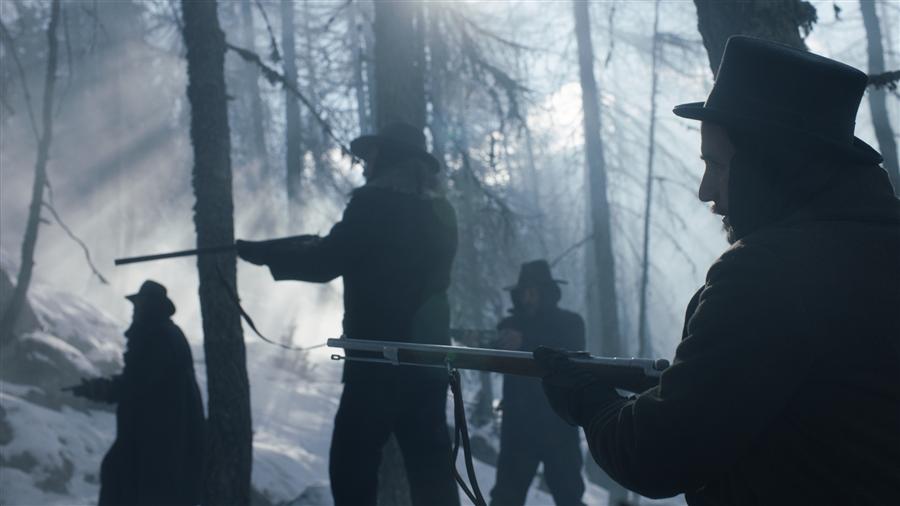 This is a strongly mysterious and gripping western from Austria that plays with your senses and emotional stability. Through a lost path of snow, a lone rider reaches a small town high up in the Alps. Nobody knows where the stranger has come from, nor what he wants, but nobody wants him to stay.

The 19th century winter life in an isolated mountain town is anything but fun; the village and the interiors are deprived of light, and the characters are almost entirely dark silhouettes, completely estranged and with suppressed emotions of anger and fright.

It is a vendetta film, with an underlying plot that’s slowly revealed. A beautiful dark snowy atmosphere will immerse you in this strange world of the unknown, and if you are normally not a fan of westerns, this one will change your mind. 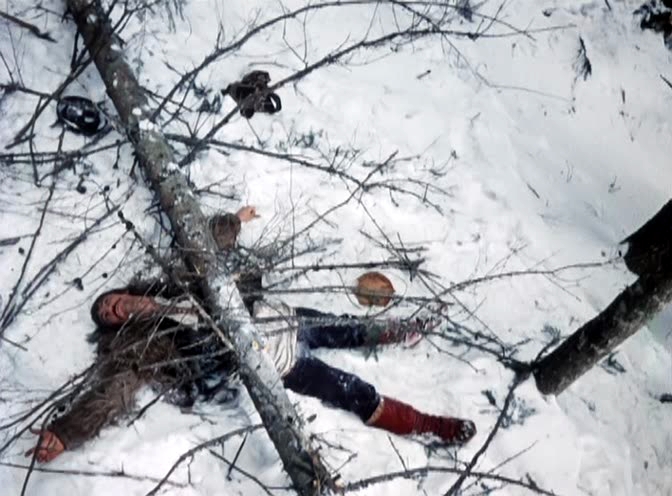 Considered one of the biggest and most significant works of Soviet cinema, and one of the greatest films of all times, this film is a must-see. The film transcends the viewer into a Carpathian village and its surroundings, and tells the love story of Ivan, who falls in love with Marichka, the daughter of his father’s killer. When tragedy befalls her, his grief is never-ending, leading to Ivan’s humiliation and death.

Filmed in 1965, the film brings revolutionary elements that were never previously seen on screen. The directing is visionary for its use of camera moves and composition, the colors create a surreal imagery, the rich costumes are authentic for the ritual moments of weddings and funerals, and the changes of seasons and the beauty of nature feature the most wild and beautiful landscapes ever caught on film.

If you haven’t seen the film yet, go treat yourself and discover one of the most important cinematographic works. 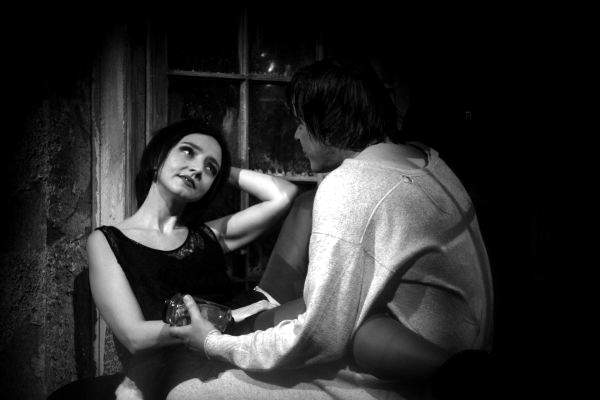 This is a strange and delightful film that exists in a time and place that we’ve never seen before, although it claims to be set in Winnipeg in 1933. For the fourth year in a row, the city has been chosen by the London Times as “the world capital of sorrow.” Thus, Lady Port-Huntly (played by great Isabella Rossellini), who owns a brewery, is hosting a world contest which will award $25,000 “in Depression Era dollars” to the performer of the saddest music. She hopes the contest will promote sales of her beer. As she has lost her legs, she now gets a fine new set of glass legs to dance with in the contest, which are filled with her own beer.

The film flirts with dark comedy and satirical elements, sometimes having a taste of a Monty Python tone of humor. It’s filmed in the black-and-white style of old silent cinema, creating a dreamlike experience for the viewer.

If you don’t know other works of the director, you surely have never seen a film like this one. Ridiculous, absurd, and gloomy, it will immerse you using the atmosphere and the madness of the characters. 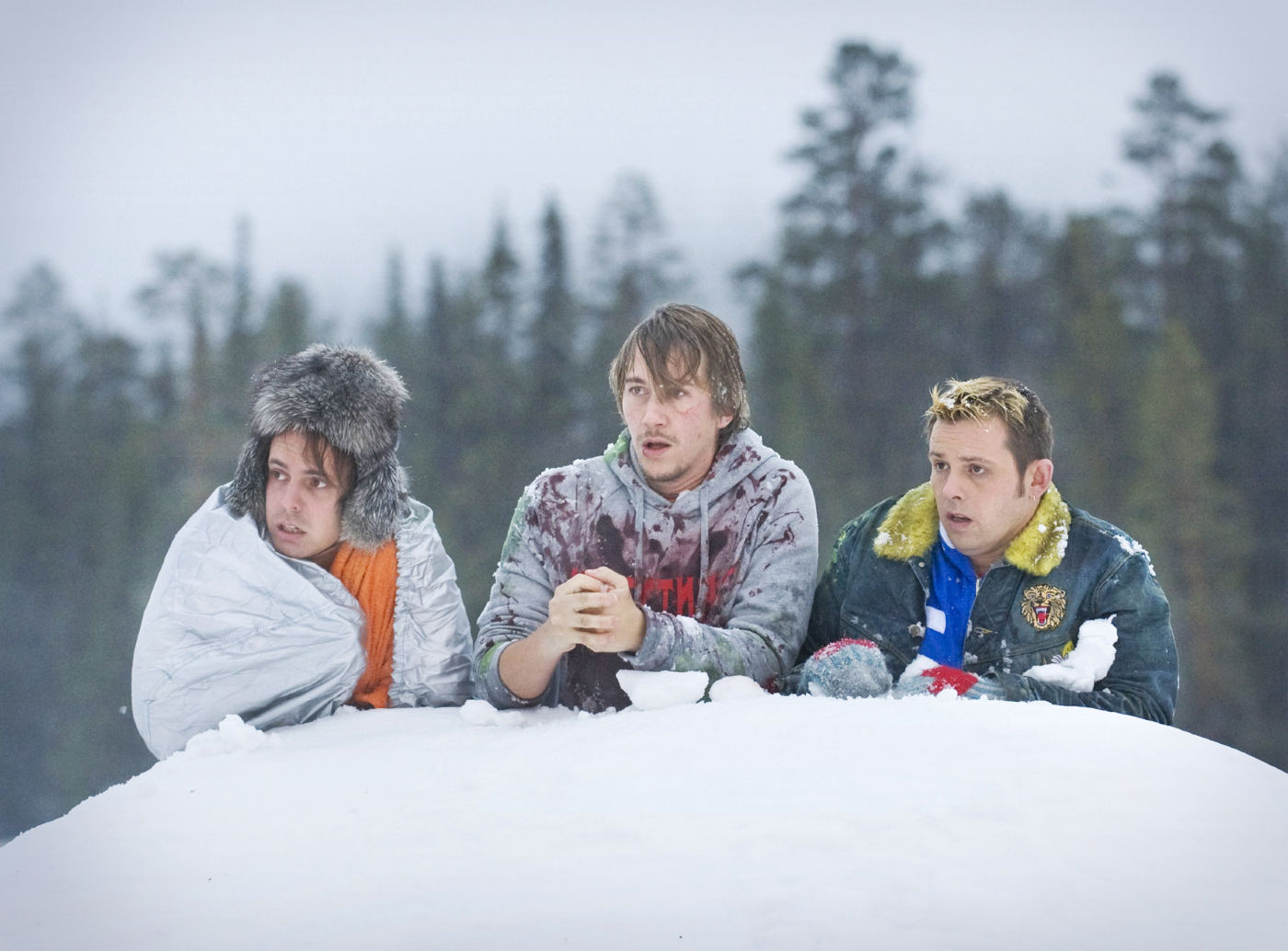 This is a truly charming comedy, and a light and entertaining story told in the profound darkness of Northern Finland’s cold and snowy nights. Janne from Lapland is a man who has made a career out of living on welfare. Inari, his girlfriend, is tired of it all, as Janne wasn’t even able to buy a digital TV box for which she had given him money. So she gives an ultimatum: a digital box needs to arrive by dawn or she leaves. Therefore, Janne sets out into the night with his two friends to find a box.

Finland’s icy winter is almost one of the characters of the film, and it serves well to the narration. It is a road movie full of absurd moments and unpredictable situations, with colorful characters.

This is a warm film set in extremely cold winter conditions, and a definite feel-good film.

This is a bizarre science fiction horror film situated far in the snowy mountains where a group of teenagers are invited to a skiing workshop, without being told how or why they were picked as participants. There are 11 of them, but the camp supervisors insist that there should be only 10, and that one of them is an intruder. As the group finds themselves cut off from the outside world, strange things begin to happen.

The ideal atmosphere of the warm cabin in the snow with mysterious unwelcoming hosts gives chills and the experience of being one of the guests. The innocence of the teenagers transforms into a dark struggle for survival, pushing them to violence and betrayal.

Elements of fantasy and psychological horror push the viewer past the boundaries of their psyche, which contradicts the aesthetics of the film from the 1980s with a colorful use of costumes and the charm of innocent youth. It’s truly a gripping mystery horror with a delightful Eastern European style. 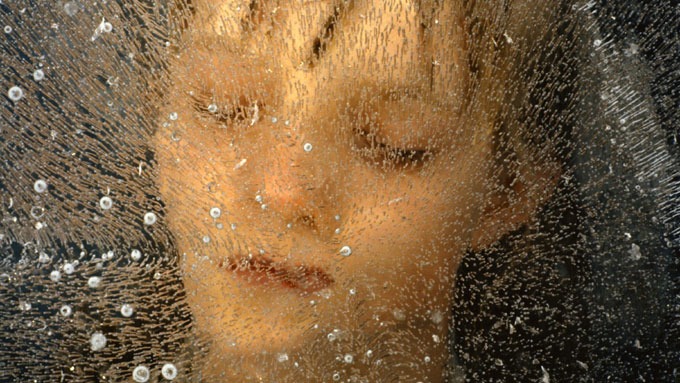 “Ice Palace” is a curious mystery atmosphere film about two 12-year-old girls, Siss and Unn. They are friends, but for Unn it is more serious, so one frosty night, she admits to having secret and indecent fantasies about her female friend. The next morning, instead of going to school, Unn wanders off into the snow and disappears.

Based on an iconic book from the early 60s by Norwegian novelist Tarjei Vesaas, this film is slightly conversational, distinctly atmospheric, reflective, and a poetic coming-of-age drama.

In a remote Norwegian mountain area, the transparent yet thick ice makes for a strong visual impact of the scenery. The film is minimal in its dialogue, but is fully rich in imagery and aesthetics, complete with a great soundtrack. The two main actresses are stunning, with marked astonishing performances in all the complexity of their characters.

Icy cold, esoteric, and slow-paced, this film is certainly not for everyone’s taste, but if you decide to give it a try, you will discover a touching and poignant film with far more to say than this brief synopsis can convey. 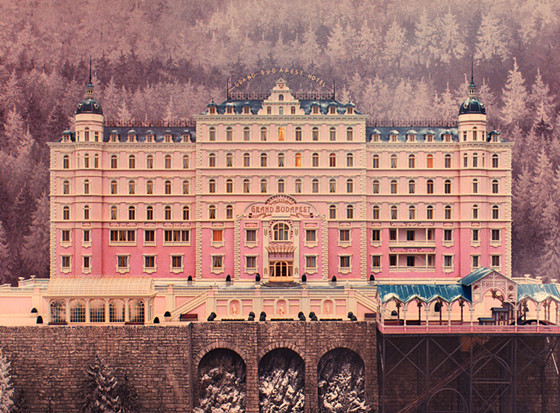 Let us now travel to the lands of fictional Republic of Zubrowka, created by Wes Anderson, and follow the adventures of Gustave H, a legendary concierge at a famous hotel, and Zero Moustafa, the lobby boy who becomes his most trusted friend.

This film feels like a perfect winter holiday without having to leave your home. It’s witty, quirky, and fun; dark, but with a colorful atmosphere; and with authentic and unique characters and cartoonish moments.

Visually magnificent, this is the most controlled film by its director, who gave careful thought about very last detail to perfection.
“The Grand Budapest Hotel” is definitely a Wes Anderson film, down to its very core. If you know his style, then you certainly know what to expect, but expect even more, because this could be his greatest film.

A vampire film like no other in the genre, this is a love story situated in a very cold and snowy Stockholm in the 1980s, about a bullied 12-year-old boy who develops a friendship with a vampire child. This is one of those films that evokes magic and pure cinematic sensations, with sweet and tender tastes of coming-of-age, beautiful stylish visuals, and a hauntingly horrifying atmosphere. It is poetic, and in many ways it’s a very profound film that explores the nature of good and evil, and feelings of loneliness.

Apparently, there is a remake of this film announced by Hollywood producers, so if you haven’t seen it yet, you know what to do beforehand.

This Korean masterpiece film is about the cycle of life and self-discovery. A young and truth-seeking boy travels to an isolated lake, where an old Buddhist master lives in a small floating temple. Once the pupil discovers his sexual lust, he follows his first love. However, he soon fails to adapt to the modern world, goes to jail for a crime of passion, and returns to the master.

The season of winter evokes the boy now in his mature age and in his days of enlightenment. A newborn appears at the floating temple and the cycle of life continues, as spring comes again.

Every shot presented to the viewer and every line of dialogue makes us reflect and understand at the same time. There is a high level of mysticism, so the viewer may end up wondering about the objects, things, and different animals appearing on the screen; like in the corner of one’s eye, sometimes things change or disappear like it was never there.

The director doesn’t manifest his message. There is little or no dialogue, no explanations, no speeches with messages. This is a film full of warmth where true and profound human nature is explored through seasonal cycles.