“The Hateful Eight”, a character-driven film directed by Quentin Tarantino, is truly a winter experience. In the dead of a Wyoming chill covered in show, a bounty hunter and his prisoner find shelter in a cabin that’s currently inhabited by a collection of nefarious characters.

In typical Tarantino fashion, it’s a true example of excellently written dialogue, immersing the viewer into the core of all the characters and their intentions. Together with its western atmosphere, the snow sparkling even inside the cabin, the silence, and the howling of the wind makes this film (which runs for more than three hours) a tense psychological drama.

This is not a classic western film; it resembles more of a stage play, masterfully directed to convey the complex relationships between the characters, who are all vicious to the core. There is no hero in this film.

If we are to believe what Tarantino has said, this is his last film. However, let’s hope he will change his mind. 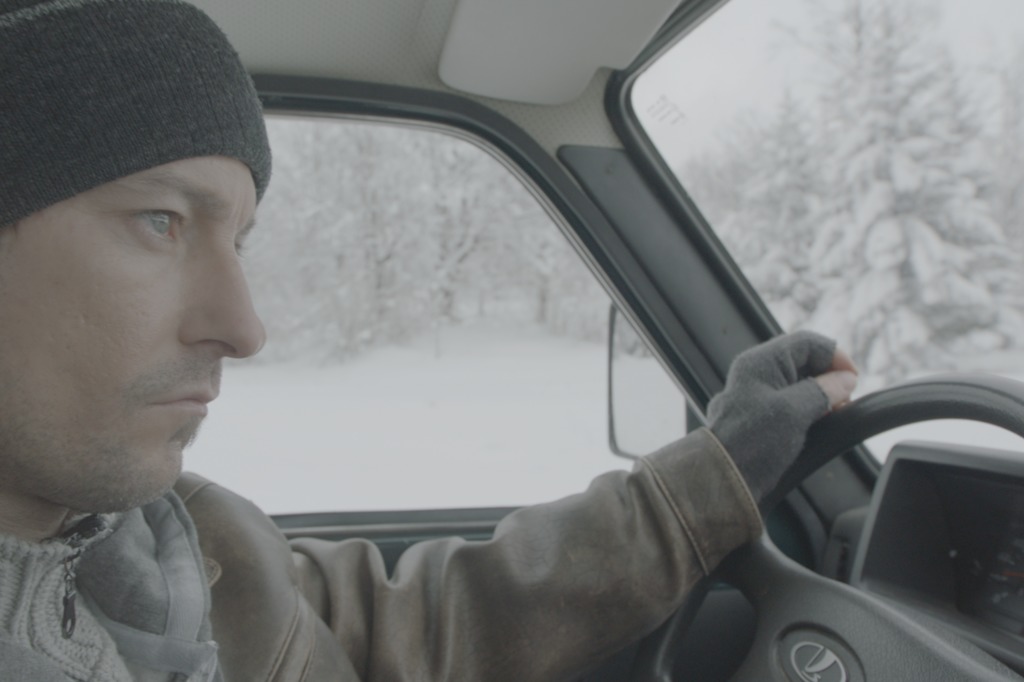 A chilling Scandinavian atmosphere is mixed with passionate and destructive Balkan characters, who risk everything for love and their own views of life. Set in the idyllic surroundings of a snow-covered mountain village, this psychological drama explores the complicated relationships between family members. Goran (also signifying “a man of the mountain” in Croatian) is a taxi driver taking care of his blind wife, Lina. However, people close to him have their own agendas that perturb his calm existence.

In a warm but oppressive family cabin in the middle of the snowstorms, nothing is what it seems to be at a first glance; the dark family secrets are gradually exposed, violently deteriorating the fabric of family and friendship.

This is a truly obscure film situated in wet underground cellars, trapped in eternal darkness after a nuclear apocalypse. The surviving humans vegetate through the nuclear winter. A scientist, a former Nobel Prize winner, writes letters with hope that his son is still alive somewhere, and it is the only thing that keeps the man going each day. How long can you hold onto hope when you see everything and everyone around you dying?

This masterpiece apocalyptic sci-fi film is slow paced and contemplative about the human condition in a world destroyed by Man. Great cinematography and a hypnotizing atmosphere immerse the viewer into post-nuclear consequences, which are impossible to imagine in our worst nightmares; all that stays is a world full of decay and melancholia.

This film, with an emotionally devastating atmosphere and imagery, is perfect to watch on a cold winter day. 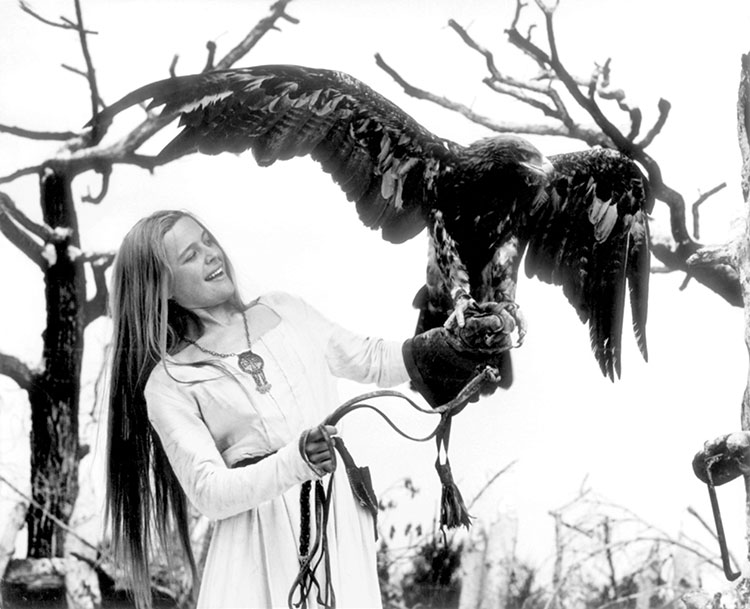 Voted the all-time best Czech film in a prestigious 1998 poll of Czech film critics and publicists, this is a medieval epic that’s basically about the clash between the old pagan world and the emerging Christian world, based on the novel “Marketa Lazarová” from 1931. During the Middle Ages in the middle of the winter, a daughter of a feudal lord is kidnapped by neighboring robber knights and becomes a mistress to one of them.

It is considered to be the most convincing cinematic portrait of those turbulent times, and a stunningly visual one. The oppressive ambiance of endless snowy landscapes and dense forests, with the sinister appearance of the pack of wolves, is impressively eerie. The nature is the film’s true main character.

The story itself demands total concentration throughout, but by the end, you will be fully rewarded for your efforts. 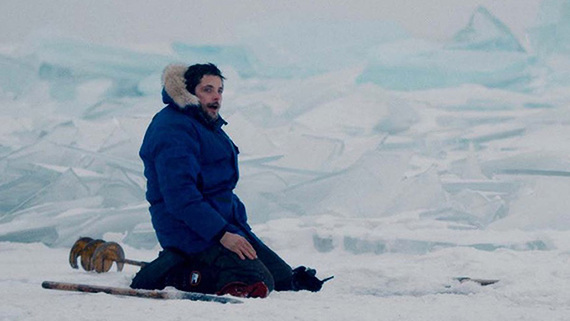 If you are fed up with the senseless world in which you live, you can leave everything in the midst of winter and go to live in Siberia. Or, you can just watch a film about Teddy, who did exactly the same thing. The splendor of the intact frozen nature is soon obscured by feelings of solitude, cold, hunger, and danger. One night during a snow blizzard, he is saved from certain death by Aleksei, a Russian convict hiding in the forests.

It’s as though the film has two parts. The first part is more meditative and documentary-like, with the discovery of the stunning nature, the bliss of the new world and the new life, and finding food and shelter. The second part is more based on action and the psychological aspects of the characters, with the introduction of Aleksei. The friendship starts to develop as the symbol of reconnecting with humanity.

This film will awake your senses about who we are as a civilization, but you will also sense the dreadful cold of Siberia. 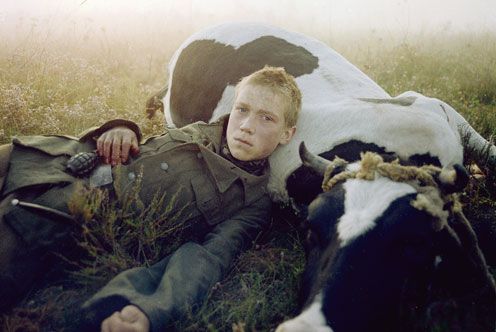 In the mood for a war film? This is often evoked as the best war film ever made, as the film technique exhibited here is completely raw, without any special effects and without a hero. It only shows war and its terrifying destruction. After finding an old rifle, a young boy joins the Soviet resistance movement against ruthless German forces, and experiences the horrors of World War II.

This film is meant to be watched by only the psychologically prepared, as the atrocities of war are shown mostly from the subjective point of view of the boy. It is emotionally strong, with an overwhelming nature, and darkly scary and cold forests. We feel the heavy mud and soil preventing the boy from moving through the fields. Horror and sorrow are omnipresent through this cinematographically stunning film.

The loss of innocence in finding a weapon will completely transform not just the boy, but the audience as well – after this, you will never watch a war film the same way again.

This is an excellent dystopian film with a highly original approach. A failed climate change experiment has frozen the entirety of Earth, and has wiped out all life on the planet except for a lucky few who boarded the Snowpiercer, a train that travels around the globe using a perpetual motion engine. A class system emerges, which is naturally unjust. The revolution of the poor against the rich soon begins.

This is a truly linear story, in a literal sense. As the poor progress from the end of the train toward the head, we meet all of the classes of society in between, and the conditions of living they enjoy by their social “merit”. The Korean director perfectly balances gorgeously crafted choreographed scenes with moments of quirky comedy and a twisted sense of humor.

There are arguments among viewers about the unconvincing final act and about some scenes that borderline on the ridiculous (as it is based on a French graphic novel), but the director somehow manages to balance those moments quite well, and it made a highly entertaining social satire.

This is perhaps the most luminous film on this dark winter list. Most of you who are reading this remember the arrogant TV weatherman played by the legendary Bill Murray. Perfect for watching in February around Groundhog Day, this film will surely (again) put us in a good mood. It is a fantasy comedy about Phil, doing the TV job that he hates and then finding himself inexplicably living the same day over and over again.

The film was successful due to its excellent plot and character development, mixed well with comedy and a light tone. This is a high-concept comedy in which a character becomes the victim of a weird supernatural fate and must adapt to the insane logic of the situation. However, this film is more than just a comedy – it carries an important message, and through a psychological exploration of one character, we can find a very clever and profound film with a strong philosophical undertone. 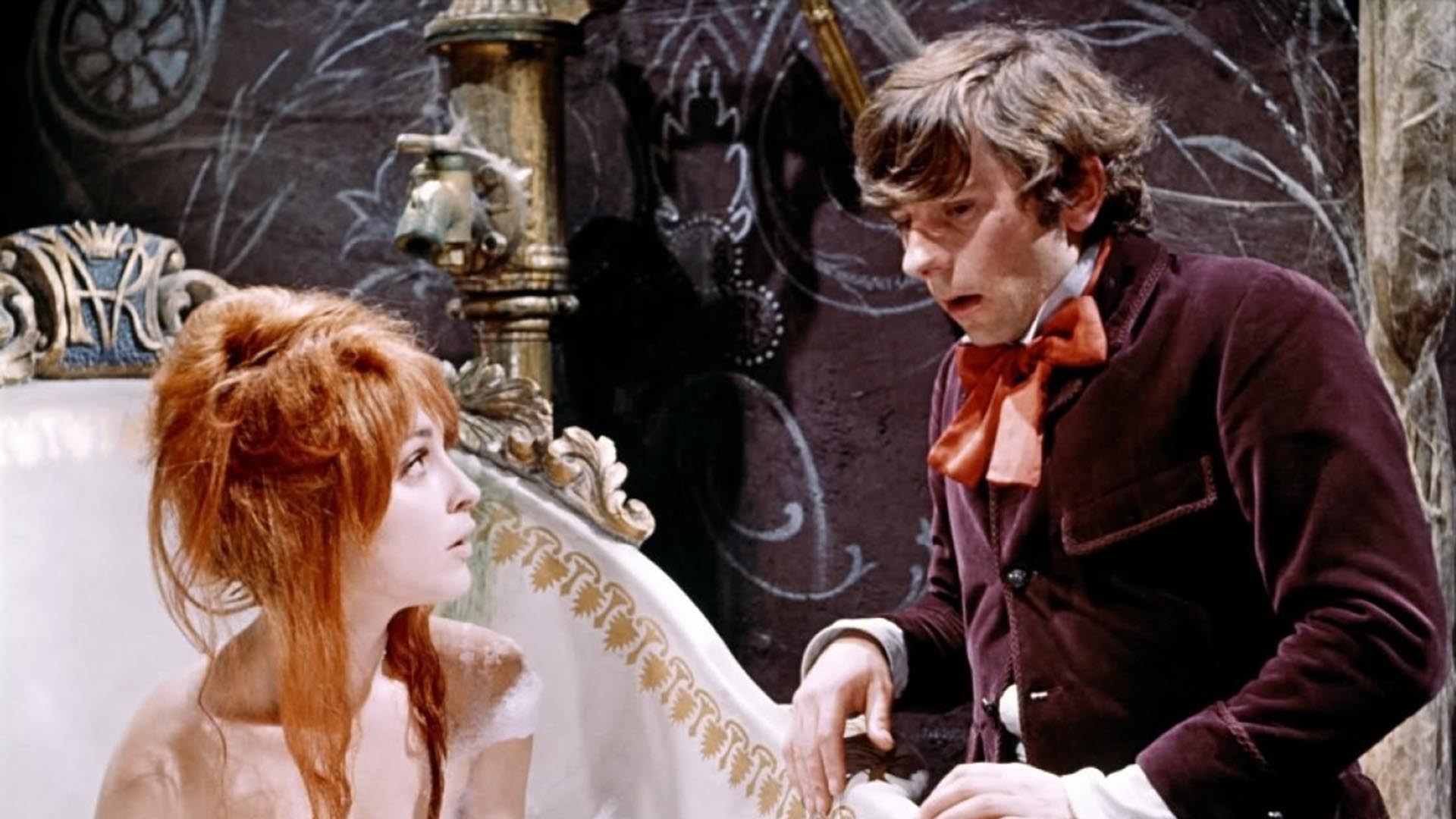 “The Fearless Vampire Killers, or Pardon Me, But Your Teeth Are in My Neck” is a classic horror comedy that became a cult film over time. The old bat researcher, Professor Abronsius, and his assistant, Alfred, go to a remote Transylvanian village looking for vampires. Alfred falls in love with the innkeeper’s young daughter, Sarah. However, she has been spotted by the mysterious count Krolock who lives in a dark and creepy castle outside the village.

A poetic approach with vivid colors make this film almost like a gentle fairy tale about vampires. Great cinematography work and an excellent musical score strongly marked this film, which has been highly appreciated throughout the years.

Rarely does Polanski discover his comedic side in his films, so tuck in and enjoy this unusual dark fairy tale.

To finish this winter list in an epic style, a warm recommendation for cold days is a timeless romance between Yuri and Lara, caught in the fire of the Russian revolution. Yuri is a Russian physician and poet who, although married to another woman, falls in love with Lara, a political activist’s wife, and experiences hardships during the First World War and the October Revolution.

The intensity of this romantic drama and the hauntingly beautiful treatment of human themes is overwhelming in this film. Stunning cinematography is combined with a turbulent historical setting, an unforgettable idealistic hero, and one of the most compelling fictional love triangles of all time.

And in order to summarize this list in a truly romantic winter mood, listen to one of the most melancholic and passionate soundtracks of all time: Lara’s song.

Author Bio: Karla Lulic finished master studies of cinema in the University of Sorbonne in Paris. She works as a screenwriter and director, and is now finishing her debut short dark comedy “In the Name of the Strawberry, the Chocolate and the Holy Spirit”.