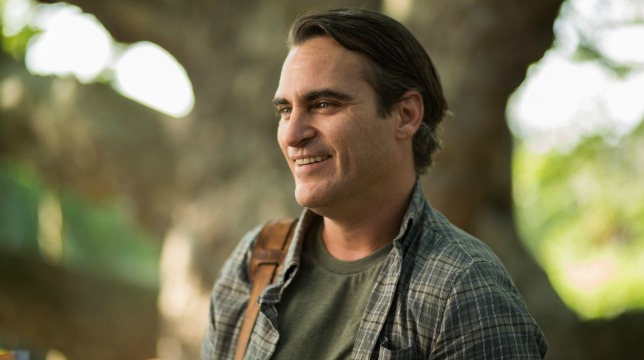 The beginning of the year is always dominated by the unstoppable Hollywood hype machine that carefully prepares the public for the films that ought to be anticipated. Thus, the general public and part of the film-loving crowd are already oriented, from a consumer and producer standpoint, to be aware of certain titles, while others linger in obscurity and have to hope that film festivals and good reviews from famous publications somehow gather them a bit of attention.

What usually happens is that the best films are not the ones that are pushed by advertisers, as the market doesn’t make concessions. This is an incomplete but solid list, with the best returning directors that belong both to the arthouse circuit and the mainstream would definitely appreciate. 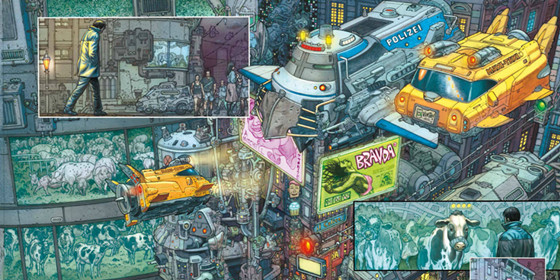 Cinematic sci-fi from the 70s and 80s just won’t go away. Dystopian worlds, alternate history, and cyberpunk keep going, and influences of Tarkovsky can be found in many American cinematic mainstream productions.

The new film by Duncan Jones is a spiritual sequel to “Moon” and is a cyberpunk tale set in a city that is swarming with immigrants, and where the East and the West meet. In this setting, a disappearance takes the protagonist into the underbelly of the city and through the mysterious workings of agents, who are shady individuals that act like invisible hands for hidden rulers, corporations, and businessmen.

Of all the films announced for 2017, this one is the closest, tonally, to the new “Blade Runner 2049”, but can boast a more distinctly retro-style that borrows from 80’s pop imagery, k-pop, vaporwave, and Jones’s own personal style and subtlety. These elements will hopefully come through and deliver a solid and urgent cyberpunk film that can challenge Michael Mann’s “Blackhat” as the best Hollywood film of the genre in recent years. 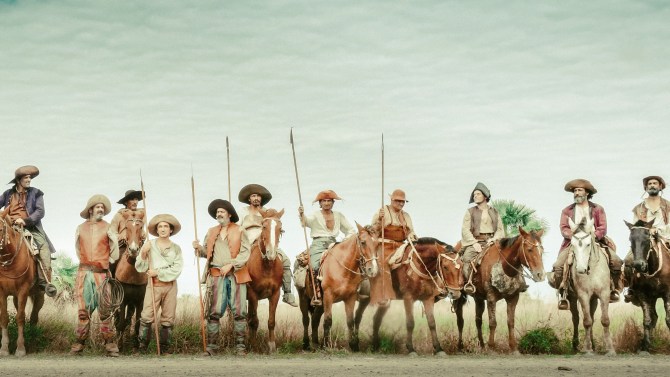 The wait for the new Lucrecia Martel film has been almost excruciating, as eight years have passed since “The Headless Woman”, an exceptional film and one of the best of the new era of cinema. Also, the project is extremely ambitious, one of the most ambitious co-productions in the history of Argentina.

It is a film that has a typical post-colonial premise, featuring the Western man; in this case, this man is a Spanish official who faces an inscrutable otherness and who loses himself while mirroring himself at the same time.

It has some parodic and comical elements, and quite likely a political message comparable to Miguel Gomes’ “Arabian Nights” or the work of Pasolini. This film has the feel of the great early Werner Herzog films, and the scope and ambition of great Russian cinema. Anything short of a triumph for this film would be a mild disappointment.

3. Where Life is Born – Carlos Reygadas 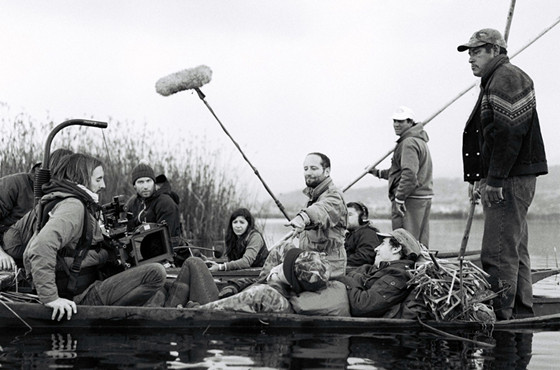 Sticking with the best modern filmmakers, Carlos Reygadas is another giant, who films an incredible combination of the most philosophical and rarefied cinematic tendencies, and the social realism of the medium; he is a master of transcendence though reality.

The setting for this film is Mexico’s bull breeding ranches, where Reygadas will tell a story of love and loss with his Terrence Malick-influenced slow cinema approach, which promises an unmissable experience. 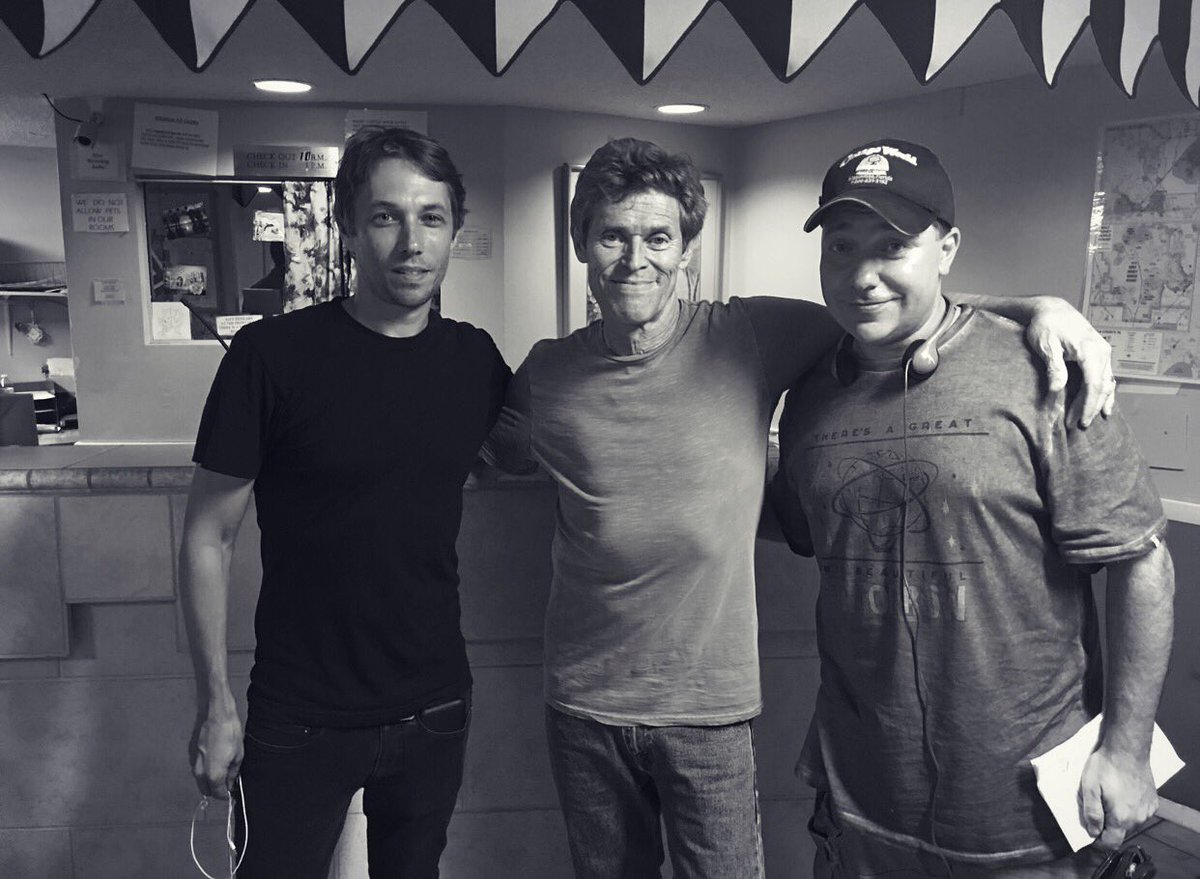 In general, socially conscious American cinema is not in great shape. The struggle for an honest representation of social conflict has been stifled by a clash of propagandistic impulses, which swings between an authoritative and oblivious perpetuation of the American Dream, or through a portrayal of the struggling elements of society that are too idyllic and lack dramatic fire.

One of the few men who has had the capacity of presenting these stories in recent years is Sean Baker, who uses a mixture of European and “Americana” tendencies and takes advantage of modern technologies to achieve a digital post-cinematic modern pop look, and who has already made two great films, “Starlet” and “Tangerine”; both are graced with an effortlessness that make them instantly memorable.

In his new project, another tale of moral and economic struggles, Willem Dafoe will portray the protagonist, and Baker will film in 35mm, which will hopefully bring his capacity to film the sparkling mundane beauty to new heights.

Virtual reality cinema (VR) has failed to gain traction, mostly because of lackluster productions and problems with logistics. The role of VR as “cinematic” has been an object of discussion, because of the absence of editing and the ultra-hybrid nature of the medium.

“Orbital Vanitas” by Shaun Gladwell is filled with an unusual number of expectations, because of its futuristic pop style, the stunning audio, the video qualities of the work, and the blending of cinema and art installation in the attempt to create a new template for VR storytelling.

The look of the film, a 6-minute piece, will echo many moments of contemporary visual arts from the 60s, united with a sci-fi sensibility and contemporary speculative thought focused on the universe and the void as entities.

The film also functions as a baroque memento mori, a reflection on mortality set in outer space, as the planetoid skull can represent metaphors of exospheric waste and reminder of the futility of humanity. The idea of Earth as a spaceship and ecological themes can be found in the look of the film.

Through VR, which has no frame, Gladwell will explore the futuristic possibilities of boundless camera movements and disembodiment. The apocalyptic winds of the end of traditional cinema are still pretty weak, but “Orbital Vanitas” may offer a glimpse of the future.

Speaking of the future, specifically the future of humanity, things look pretty grim, and is the perfect geopolitical and philosophical context to have some great sci-fi. A great deal of hope has to be placed in Alex Garland’s next film, after his last film, “Ex Machina”, was an excellent combination of cyberpunk, ecological sci-fi, philosophical fiction, and xenofeminism.

“Annihilation” is based on Jeff Vandermeer’s novel, one of the core texts of the weird fiction genre of the 2000s, and the first images from the film simply scream of Tarkovsky’s “Stalker” and “Solaris” in a way that is undeniably exciting.

The film also has a post-exotic feel that echoes the writings of Volodine, and a post-apocalyptic vibe with a heavy female presence that can remind audiences of “The Last of Us”. The film, from the incredibly small details that have been shared, has the feel of a mysterious space object slowly approaching in 2017. 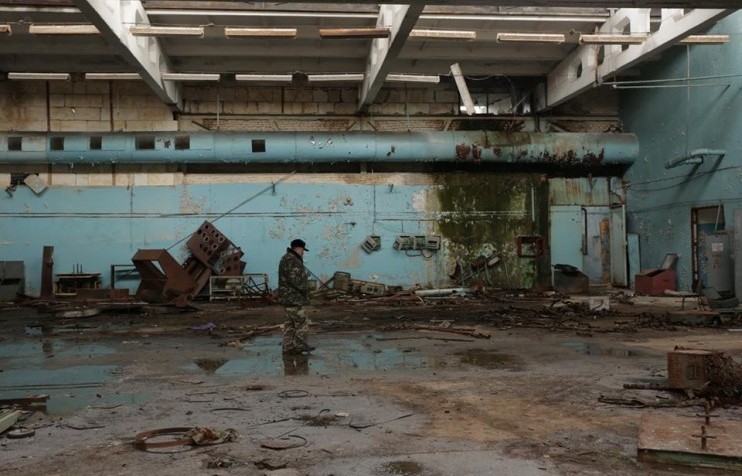 As previously stated, the apocalypse is likely coming, and cinema is getting ready with an avalanche of post-apocalyptic singularities. One of these projects is the most ambitious production to come from Ukranian cinema in a very long time, thanks to the notoriety that director Miroslav Slaboshpitsky has reached, thanks to the many awards won by his bleak and vibrant “The Tribe”.

“Luxembourg” is set and crucially filmed in the Chernobyl Nuclear Exclusion Zone, in a post-apocalyptic society immersed in a nuclear winter. The film already has the grey, frosty look of great catastrophic cinema, and a great tradition behind it, as it feels like it could be something close to the films of Lopushansky and Zulawski. Hopes are high for the possibilities of seeing a film that comes from nowhere and goes nowhere; a requiem in an alien language, a dusty masterpiece (well, hopefully).