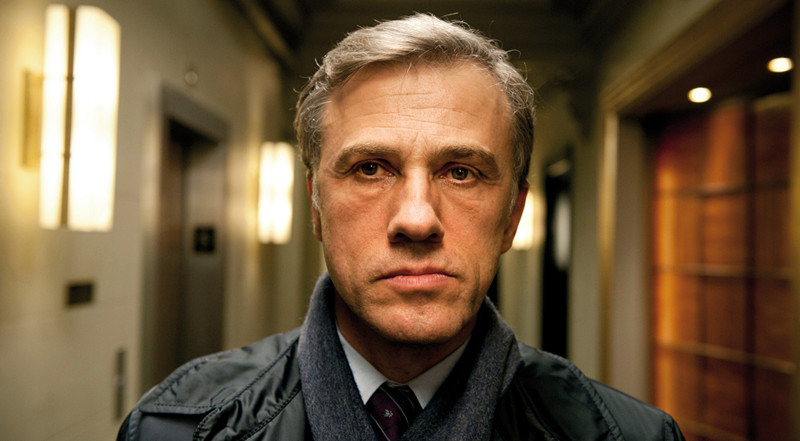 Whether you’re 13 or 33, you’ve probably heard the phrase “you’ll understand this when you grow up” a million times. Some people use it to justify their irrational behavior, while others simply try to protect you from the inevitable throes of life. Indeed, some of these voices put too much emphasis on age as a catalyst for maturity. However, there are a few areas where having a vast collection of experiences can help you grasp the deeper meaning behind the mundane.

Cinematography is one of these areas and, just like wine, many of its creations have aged better than we ever will. While movies relying on special effects or current events don’t hold up that well once their audience outgrows them, there are some titles that might be in need of a rewatch.

These titles don’t necessarily feature the disappointments of old age, but they do feature tedious real-life situations. That doesn’t mean youngsters can’t appreciate them; it simply means that younger viewers won’t be so drawn in by their dramas.

Just to be precise, we’re not talking about classics that can be watched time and time again (you can watch “Citizen Kane” at 6 or at 60), but about the kinds of films that require a little life experience to get into. As soon as you start shedding your youthful rebellion and grow into a daily reality of countless responsibilities, the conundrums of these movies become much more apparent.

Also, this is not a top 15 list, but an assortment of the old, the new, the familiar, and the foreign. The kind of assortment that can offer you a delightful surprise or give you diabetes. I guess it depends on your age.

It’s hard to not love Bill Murray, even when he plays a decrepit and misanthropic Don Juan. A Don Juan whose feelings of guilt and curiosity make him go after his former love interests, in hopes of finding his lost son. Directed by Jim Jarmusch and featuring future Hollywood darlings such as Tilda Swinton and Jeffrey Wright, along with former glories like Sharon Stone, Julie Delpy, and Chloe Sevigny, “Broken Flowers” is an unwieldy cocktail.

For the ‘seasoned’ viewer, this bleak yet humorous production is a bitter pill to swallow. It talks about loneliness, guilt, and consequence without falling into the ‘romantic comedy’ pool in which many productions drown. For a younger audience, the movie is slow, occasionally funny, and sometimes indecisive.

Our advice? If you’re in the target audience for “Broken Flowers”, pour a large glass of wine and enjoy the wisdom of Bill Murray. If you’re not, just watch “St. Vincent”, where our man reprises the role, albeit in a more relaxed context and with a thinner plot. 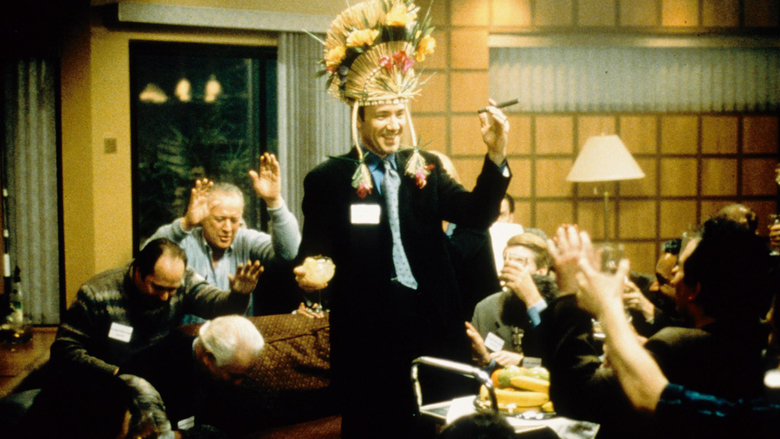 Adapted from a minimalist play, “The Big Kahuna” has Kevin Spacey and Danny DeVito basically staring at walls for almost 90 minutes. Two senior marketing employees and a young engineer get stuck in a hotel room while waiting for the CEO of a big company who could eventually save their jobs. From then on, the entire movie consists of an exchange of lines between two people who have dealt with both the best and the worst aspects of life.

“The Big Kahuna” is a movie whose plot can be summed up in one phrase, but whose range covers everything from religion to alcoholism and toilet paper. To grasp the wisdom of “The Big Kahuna”, it’s enough to listen to the words of Larry, one of its heroes: “Here’s to the profound religious experience that comes from doing a job well and being grossly underpaid.” 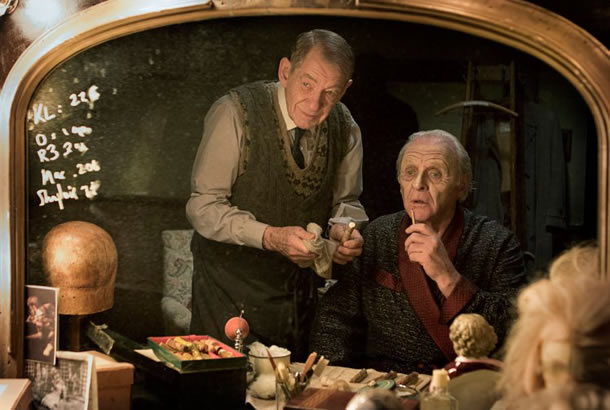 This British drama features Sir Ian McKellen and Sir Anthony Hopkins in what could be one of the most moving onscreen interactions between two gods of cinema. An aging theater actor and his dresser tour a war-torn England, trying to bring Shakespeare to places where only bombs and grief are incoming.

The frail state of the main actor (Hopkins) and the incredible efforts of Norman, his dresser (McKellen), give birth to an unforgettable performance. The interventions of the actor’s wife, played by Emily Watson, and the natural and sometimes humorous interactions between the three make you realize that no looming shadow can stop a well-deserved round of applause. 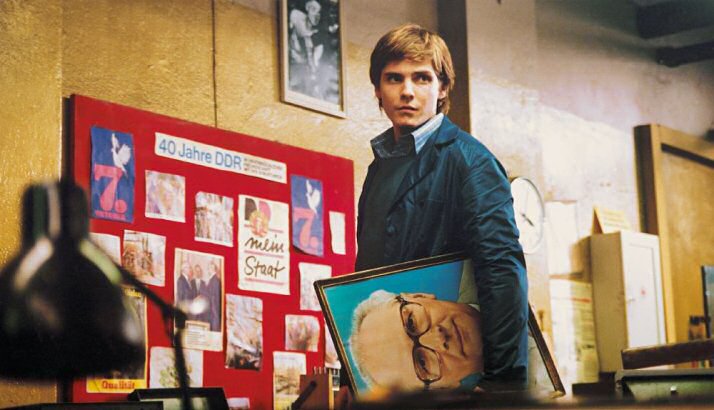 The German film that gave the world Daniel Brühl also comes with a large chunk of social nostalgia, or ‘ostalgie’, for the German viewers. On its surface, “Good Bye, Lenin!” is a soft, cake-like mix between social drama and comedy. Christiane, an East German citizen and enthusiastic supporter of the socialist party, awakens from a coma only to find out that the world she knew no longer exists.

To keep her from slipping back into oblivion, her son, Alex, tries to prevent Christiane from finding out just how much things had changed during her eight months of absence. In order to do so, he decides to hide a few ‘minor’ details such as the fall of the Berlin Wall or the sudden arrival of capitalism.

At its surface, “Good Bye, Lenin!” is an enjoyable European comedy. At its core, the older viewers will find a family drama that goes well beyond the relationship between Alex and his mother. Furthermore, if the said viewer somehow got to experience the communist exodus himself, “Good Bye, Lenin!” starts slipping into historical tragedy territory. 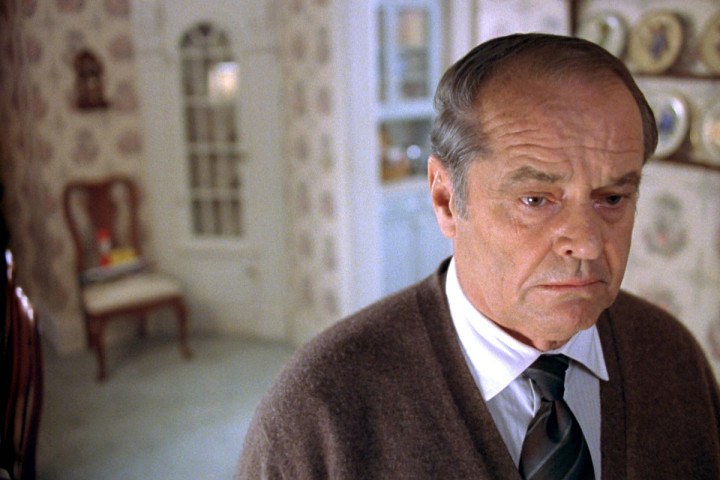 “About Schmidt” tells a story few people wish to hear, with an ending all of us have to confront. It’s the story of uselessness, a feeling younger viewers rarely get to experience (hopefully). It’s no surprise that for the role of Schmidt, a recently retired insurance professional, the producers first considered Bill Murray. Fortunately, Murray’s replacement was none other than Jack Nicholson, a titan who added his own take to the role.

Warren Schmidt, a washed-up, irascible shell of a man makes much more sense at Nicholson’s age. A younger actor would have given the character a chance of redemption, while Nicholson’s Schmidt is mostly alone with his past. It’s a movie you can enjoy at any age. However, you’ll only feel the pain of its protagonist once your own life trips on the classic retort: “It’s ok, there’s really no need for you to be there!”

This international film by Roman Polanski startles its viewers with an excellent ensemble cast that includes Jodie Foster, Kate Winslet, Christoph Waltz, and John C. Reilly. The plot may not mean much to the regular viewer – two couples meet to discuss the recent conflict between their grade-school boys. What is initially intended to be a brief, formal meeting prolongs into a battle of wits (or a lack of them) and accusations.

For the average cinephile, “Carnage” is pretty much a situation ‘comedy’, supported entirely by the chemistry of its cast. For the average parent, it is what every parent committee meeting degenerates into, especially when you have to juggle your job, your spouse, and your (sometimes) annoying offspring.

Yes, Bill Murray again. And yes, I know most of you have probably seen this one, regardless of your age or personal preferences. The strange and somewhat romantic relationship between an actor past his prime and a college graduate who has yet to show her potential is the kind of story you can watch over and over again.

However, the true strength of this film lies in the way it tries to pave the gap between generations. “Lost In Translation” refrains from telling you “we’re all the same.” Instead, it lets you be whoever you want to, as long as you don’t try to live someone else’s life, or in the words of the inimitable Bob Harris: “The more you know who you are and what you want, the less you let things upset you.”