One of the biggest and most discussed subjects in our philosophy since the dawn of our species has been morality; that is, the distinction between right and wrong. Ever since we started living in organized civilizations, the necessity to regulate our behavior has been present in order to maintain peace. Thus, morality is socially defined and dynamic, changing with the passing of time, redefining itself with the new conditions of the world.

A wide array of controversies have spawned from the study of morality, for each postulate is subjective and debatable, and a consensus as to what is right or wrong can be sometimes very really hard to reach. This is even more difficult in today’s globalized world where you have people with all sorts of conflicting opinions, ideologies and preferences, resulting in a chaos in which anything you do is probably going to offend somebody.

In such a landscape, it’s important to question what is right and what is wrong, what should be punished and what should be rewarded, to find out how make peace with those whose opinion differ from ours so we can live in harmony, or at least try to. To aid that purpose, here I present a collection of 15 films that delve into the issue of morality, either by showing characters consumed by the guilt they feel for breaking the moral codes, characters whose desires clash violently with that which is socially acceptable, or by reflecting into the philosophical nature of morality. 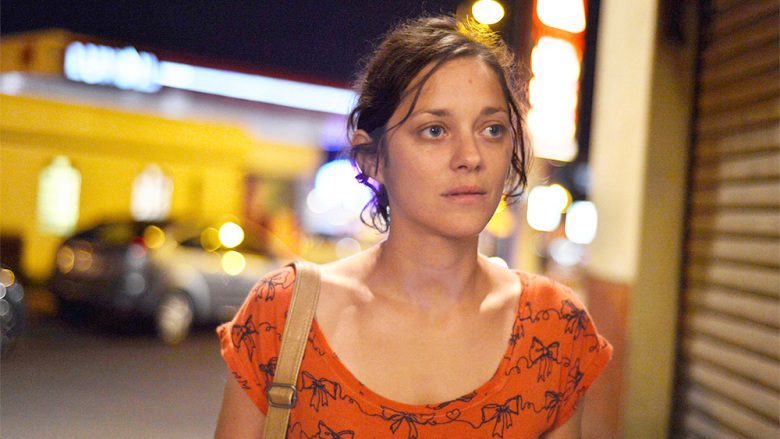 With a crude sense of reality and of unadorned drama, the Dardenne brothers crafted with “Two Days, One Night” the heartbreaking tale of a woman forced by circumstances to beg her co-workers to give up a bonus so she can keep her much-needed job.

Filmed to look like a documentary, the film stars Marion Cotillard as Sandra, a worker on a factory who is about to be dismissed. She then goes on to visit each one of her co-workers in order to convince them to dive up a €1,000 bonus, which is the only way she could keep her job.

The film imposes a hard question into the viewer: Would you enjoy your rightfully earned privileges, or would you give them up so somebody you might not like could keep his or her job? When the two sides are perfectly justifiable, making a decision becomes a really difficult task, and “Two Days, One Night” portrays that in a very clear light.

Kim Ki-duk is one of the leading figures in today’s cinematographic landscape, and films like “Spring, Summer, Fall, Winter… and Spring Again,” “Arirang” and “Pieta” already guarantee his place in the history of cinema. From the twisted tenderness of “3-Iron” to the physical and metaphysical torture of “Moebius,” he has proved to be one of the most innovative and bold minds currently at work.

The aforementioned “3-Iron” employs a narrative technique that relies solely on images to tell the story of a young man, a transient who likes to break into people’s houses while they are on vacation so he could live their lives for a little while.

In one of his trespassings, he meets a young woman who suffers from a relationship with an abusive husband. She decides to go with him, becoming his companion in more than one way, discovering feelings previously unknown to her. In the strange, utterly beautiful and mesmerizing ending, a fundamental question is raised: do you conform to society’s norms and regulations, or do you follow your heart in order to find your own personal happiness?

In the beginning of the century, legendary auteur Michael Haneke directed one his most controversial, gut wrenching, punishing and accomplished films. Its name is “La Pianiste,” with Isabelle Huppert flawlessly playing Erika Kohut, a piano teacher at a Vienna conservatory.

Despite being already in her 40s, she’s still single and living with her stern and controlling mother. At a party she meets an eager engineering student who becomes obsessed with her, and thus a strange tale develops in which we see her morally acceptable behavior and her dispassionate social manners as a façade behind which lies Erika, her sadomasochistic desires and her attempts toward sexual freedom.

The appearance of the young student in Erika’s life is explosive, managing to go through her cold and detached demeanor, resulting in an unexpected catharsis on Erika’s side, who violently lets out all the impulses she has been repressing her entire life, turning her world upside down. Masterfully crafted, this film is a great experience that delves into the psyche of an individual who has been forced to give up her individuality and her desires in order to comply with what was expected from her.

Hiroshi Teshigahara’s “The Face of Another” wasn’t so well received when it was first released as “Woman in the Dunes,” its predecessor; nevertheless, today it’s considered a cult classic.

Based on the novel by author Kōbō Abe, it tells the story of Mr. Okuyama, a businessman who had a really bad chemical accident, which resulted in his face being tragically deformed beyond words. After trying to adapt to a life in which he has to wear bandages over his face every time he is around people, his doctor proposes trying an experimental and dangerous method that would give him a new face through a state-of-the-art mask.

Okuyama accepts, and in order to test the mask’s efficiency, he decides to try to seduce his wife wearing the mask, tempted by the possibilities of having a new face with no past. The doctor warns him about the dangers that might represent for his psyche, but decides to go with it anyway.

“The Face of Another” is a chilling experience with great artistic and philosophic depth, transcending the medium to find a place in the viewer’s lives, becoming a mirror in which they see their face and their masks. What would you do if you were freed from the constraints of your identity and, in consequence, of right and wrong?

During the last years of the 1980s, Polish director Krzysztof Kieślowski ventured into television with a miniseries named “Dekalog.” It consisted of 10 one-hour long episodes, each of them freely based on one of the Holy Commandments. The series on a whole is regarded today as a masterpiece of auteur cinema, and not without reason, for Kieślowski manages to imbue each of the episodes with a lucid poetic language that turns the prosaic and dull everydayness of life into a beautiful spiritual experience.

“A Short Film About Love” is an extended version of the sixth episode of “Dekalog” and it saw a theatrical release. It follows Tomek, a young man who works at a post office. He lives in an apartment building, and uses his spare time to spy on his neighbor in the next building, a young woman with whom he is in love. Eventually he starts to manipulate the events in order to create encounters with the woman. The finally start a relationship, although just like in life, things don’t go as Tomek would like them to.

“A Short Film About Love” tells a story about the sexual and emotional awakening of a teenager, his curiosity against the otherness of the woman, and the violent clash that happens when the two people get together.

“Blade Runner” is back in the spotlight this year thanks to Denis Villeneuve’s sequel “Blade Runner 2049.” Filmed in 1982, the original film follows Rick Deckard, a Blade Runner whose job is to hunt down and retire (execute) replicants – androids used as workforce with really short lifespans.

A group of rogue replicants led by one named Roy Batty arrives to Earth with the intention of meeting Tyrell, their creator, in order to ask him to give them more years of life. Deckard is assigned the case and he unwillingly complies, chasing them down through the dark and foggy streets of Los Angeles.

Despite its appearances, “Blade Runner” is not an action film; despite being a Hollywood production it is contemplative and deeply philosophical, tackling subjects such as existentialism, theology, ontology, evolution, and all of that without being boring in the slightest. Deckard’s journey is deeply metaphoric, and it makes the viewer question the very foundations of their being.

One of the most brilliant things about “Blade Runner” is the fact that can never categorize the characters as “good” or “evil,” they are all complex and substantial, each of them doing what they need to do in order to keep the life they were given.

With the recent “Twin Peaks” revival, the already legendary name of David Lynch has seen an increased popularity, and with it a revision of his filmography becomes relevant. The original incarnation of the show saw its release in 1990, and it was cancelled after two seasons; the producers pressured Lynch to solve Laura Palmer’s murder early in the second season while he didn’t intend to solve it at all, which resulted in him taking distance from the series.

In 1992 Lynch directed “Fire Walk with Me,” a subversive film that focuses on Laura Palmer and the days prior to her death. While the series mildly touches the subjects of sexual abuse and violence, prevalent to Laura’s murder, in the film they are central, going deep into the spiritual deformations of both the victim and the offender.

With a nightmarish manufacture and an acute sense of metaphysical pain and suffering, “Fire Walk with Me” puts forth an interesting set of questions key to the moral development of the individual: what is the source of evil? Does it come from outside or is it a fundamental part of the human condition? Can we really be held accountable for the evil that we do?

1446
SHARES
FacebookTwitterSubscribe
Subscribe via Email or RSS Feed
Pages: 1 2
Comments (3)
Great Movies About The Place of Morality in Our Lives