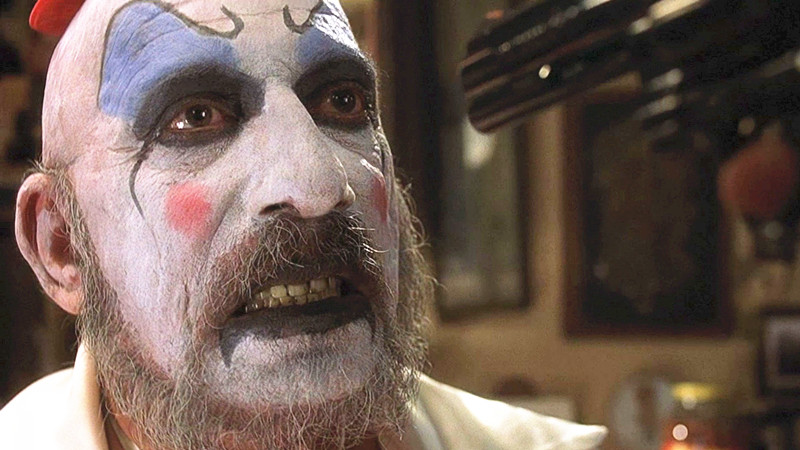 Exploitation. The very word is its own violence among vocabulary. Its sound is raw. Its definition; unrelenting. And in the art that is cinema, that force is often amplified. Films considered of the exploitation genre contain extreme violence, sex, nudity, language, and most importantly: power.

Damned by some. Praised by others. These films are the outsiders to what is considered conventional cinema. They are rebellious. Daring. Disturbingly energetic. Like a shot a pure adrenaline to the moral psyche. They test limits. Shatter boundaries. Soar far beyond any ethical code.

Almost like an enigma, these over the top, blatantly horrifying, meant-to-shock features became surprisingly popular over the years. Nearly to the point where, these days, they could almost be considered mainstream. Along with the rise of this notorious esteem it has seemed an increase in directors willing to respect, worship, emulate, and even parody the essence of these divine exploitation treasures.

For this list, I have compiled ten modern films that encompass the infectious force of the exploitation genre while not shying from referencing those that inspired them. These are the films that prove there is still something so satisfyingly ferocious to seeing a white plaster wall splattered with a gallon of sparkling red blood. And they’re not afraid to do so while paying homage to those provocateurs that came before.

(CAUTION: Not to be considered spoiler free!)

This is one of those rare films that reaches it’s smallest, most insignificant moments through the screen and touches the viewers in profound, emotional ways that the most grandiose of finales could never even dream of. A flawless masterpiece soaked in sadness and drenched in melancholia.

After the success of his first feature one would think Tom Ford would be anxious to get another project off the ground virtually immediately. Though to the disappointment of fans and critics alike, this wasn’t the case. Ford took an almost seven year sabbatical from filmmaking to pursue other endeavors as well as focus on his family. But when Ford finally did get around to his next effort, no one could have predicted nor imagined the sort of dark, nightmarish, twisted world the same director of one of the most romantic, complex, episodes in cinema history would turn.

Based on the 1993 Austin Wright novel “Tony and Susan” the film “Nocturnal Animals” is like a surreal kaleidoscope into the fabricated fairytale life of a wealthy art junkie Susan (Amy Adams) and her yuppie husband Hutton (Armie Hammer).

At first glance, it may sound tame. However, the extended opening credit sequence consisting of a montage of overweight women, completely nude, dancing in slow motion to the quaint overtones of a cryptic, dreamy score makes absolutely no attempt at subtlety.

From this sly nod to Nicholas Winding Refn and David Lynch, the film only swirls deeper into depravity. As Susan reads her way through a recent novel written by her ex-lover Edward (Jake Gyllenhaal), Ford actually chooses to show the brutal contents of the manuscript to the audience in unforgiving ways. Kidnapping, murder, rape, and revenge unfold in an almost stark, merciless, firework display of absolute exploitation.

It may not directly reference cruel revenge films like “Straw Dogs”, “Rolling Thunder”, or “Oldboy”, yet the spirit of these films and films alike seem to exist within the picture’s black heart. It’s gloomy soul. Nevertheless, without the way paving exploitation films of the 60s and 70s, it is doubtful we would have such a unique and bleak tour de force as Tom Ford’s “Nocturnal Animals”. 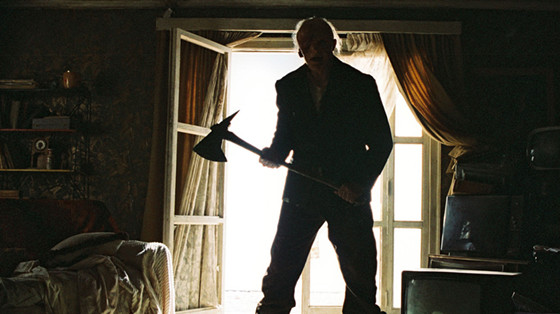 Remakes of already immaculate movies seem as though they may be a leisurely cash grab for studio execs and producers likewise. A heist like pursuit in which they can effortlessly put up the humble financing, bask smugly out beneath the keen California sun, share a tall soothing glass of crisp, priceless soda water (with a thinly sliced lemon wedge), and rest easy as the infinite rewards roll in like slot machine vomit.

Unfortunately for their Swiss bank accounts, the act of actually duplicating a wholly original work of illustration always turns out to be a much more laborious and complicated chore than originally imagined. Almost impossible. A feat, if you will.

It seems that, especially in the modern era, there are too many remakes but not enough stellar ones. Luckily, we have been bestowed with a few rare diamonds in the ruff over the years. “True Grit (2010)”, “The Departed (2007)”, “The Fly (1986)”, and “Dawn of the Dead (2004)” to name a few. Amongst those brightly shining standouts, has always been the undervalued and under-appreciated 2006 remake of one of Wes Craven’s many masterworks: “The Hills Have Eyes”.

Director Alexandre Aja is no stranger to tribute cinema. His second feature length film, “High Tension” is an obvious reference to “The Last House on the Left”. But with “The Hills Have Eyes”, he took his obsessive fervor for horror cinema and meticulously constructed a shrine out of it.

Out of the gate, the minimalist plot bleeds B-Movie exploitation. A family road trip touches testament with the underworld when they end up stranded in a desolate heathland not far from a mutant infested nuclear test site. Aja has stated himself that with the film, he was going for an affecting, disturbing tone much like “Deliverance” or “The Texas Chainsaw Massacre”. And man, did he pull it off. Here is a world without but a candle of hope in its darkness.

Starting from the ancient gas station attendant (Tom Bower), a backwoods, hillbilly, raving lunatic that resembles “The Cook” from “The Texas Chainsaw Massacre”, blowing his head clean off with a shotgun’s venomous pharmacy. To the ending in which the “Straw Dogs-esque” character of Doug (Aaron Stanford) breaks his nerdy, bashful nature to unleash a hellfire of gore and retaliatory frenzy unto the mutated monsters. The film contains strong scenes of rape, murder, torture, and even a man being burned alive. Just like any good exploitation movie should…

If you’ve ever taken the time to listen to or visually consume any of Rob Zombie’s art, you know very well he is a loud and proud fan of everything horror. Hell, his last name is shared with that of the living dead! But his undying love for the sadistic, occult, and all around terror are never more prevalent than in the vastness of his vicious filmography. Like Tarantino and Scorsese before him, Zombie isn’t afraid to passionately scrapbook his collection of favorite cinematic ventures and scenes. And his 2005 cult hit “The Devil’s Rejects” is no exception.

Some directors pen love letters to the french new wave, others to the classic dramas and noirs of the 40s and 50s. But Rob Zombie, he penned a two part love letter to 70s exploitation cinema. The second part, being “The Devil’s Rejects”, follows the incestuous, hillbilly “Firefly” family and their turbulently destructive downfall while on the lam from law enforcement.

If you think the plot and characters sound familiar, you may be right. The Firefly’s bear an almost identical aura and energy to that of the “raving-mad-hick-serial-killer-family-archtype” practically invented by Tobe Hooper in “The Texas Chainsaw Massacre”. On top of that, practically every other celluloid of film is a reference to a previous exploitation venture.

During one particularly beautifully dazzling scene in the film, a mask of flesh is fiercely forced onto the face of a helpless female hostage and is practically boasted about by the director. The explosive finale brings to mind fiery and wild on-the-run rampages such as “Thelma & Louis”, “Bonnie & Clyde”, and “Badlands”. In addition to those, there are a slew of payed respects to distinctly explicit films like “The Night of the Hunter”, “Walking Tall”, “The Last House on the Left”, “Motel Hell”, and “Taxi Driver”. To name the entire ongoing, infinite list, one must truly experience the film themselves.

Anna Biller is an exceptionally unusual auteur whom has remained on the cusp of vanishing into obscurity for far too long. Which, to most, would seem rather ironic considering the amount her small intricate library of films beg to be dissected, praised, and relished. Her artistry exhibits a vast, lucid rainbow of colorful imagery, vintage lighting, and robust feminist themes. Like peering through the phantasm wonder of a vibrant prism during a spiritual acid trip. The way she delicately crafts and adoringly jigsaws every frame to be a devout impersonation of classic sexploitation cinema is alone something incredibly special.

This is a film that just about transcends being labeled an ode. For here is a movie that is a perfect equal to such bold, soft-core directors as Pier Palo Passolini, David F. Freidman, and Tinto Brass. It doesn’t reference sexploitation thrillers such as “Iilsa, She Wolf of the SS”, “Caligula”, or “Supervixens”. No. It is those movies.

To witness this picture is like stepping into a time machine that spits one out into the cigarette suffocated, sleaze of a 60s adult grindhouse theater. Everything from the antique, retro aesthetic, to the cheesy, awkward dialogue. If you are the nostalgic type, if you frequently moon over the “golden” years of the silver screen. This is THE film for you. It won’t disappoint. 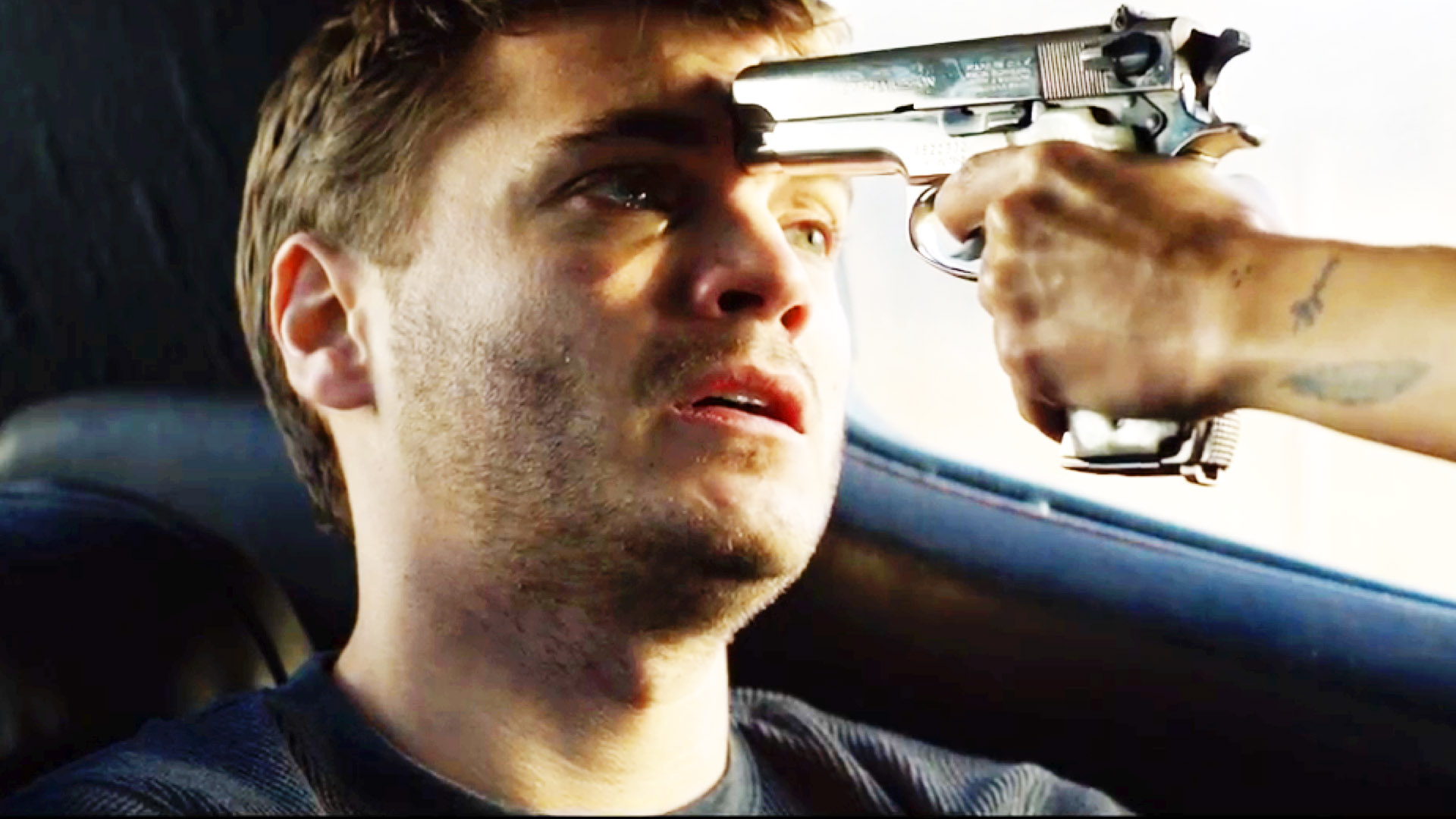 Throughout history there has been a curious kind of crazed fascination with love-blinded sweethearts on the run together. Maybe it’s the naive freedom. The radiating romanticism. Or perhaps it is the ultimate gorgeous tragedy of human nature. Whatever the case, the grand popularity of this tried and true plotline has brought to life many phenomenal films involving young, bright eyed darlings sailing the paradise seas of a rapturous countryside together upon the boundless wheels of a cool classic car.

This year, underground director Gary Micheal Schultz put out his own impressive take on this same whimsical yet devastating subgenre with an explosively electric film entitled “Vincent N’ Roxxy”.

Starring one of the most underrated thespians of all time; Emile Hirsch (Vincent) and one of today’s most promising starlets; Zoe Kravitz (Roxxy), this rock n’ roll odyssey follows two opposite star crossed lovers whom are plunged deep into fated violence after an encounter with a ruthless gang. Burning slow like a cigarette but punching furious like brass knuckles to the teeth, this film is like a mashup of punk/trash tribute “Sid & Nancy” and the savage magnificence of “Badlands”.

Though poorly received and plagued heavily by release issues, this crime exploitation model is destined to be a future cult hit. This is the exact class of minimalist film that action directors such as Walter Hill and Peter Yates used to receive worship for. The choppy structure is veiled meager and chalked full of useless, dull dialogue yet the violence and bloodshed is painted with such gritty elegance it totally overshadows any of the picture’s faults.

Emile Hirsch’s “Vincent”, much like James Dean, is the epitome of cool and Zoe Kravitz’s “Roxxy” is all at once a hypnotizing angel and a menacing badass. The raw catastrophic spree unleashed during the final moments of the film is one that rivals unforgettable arcs from “Taxi Driver”, “Ms. 45”, and “Falling Down”. And it does it with the straight-to-DVD B-flick spirit and vigor that only an exploitation film can.