The 2000s saw a vast amount of films produced, perhaps more than ever before. Seemingly recession-proof, the film industry around the world kept making films, for good or ill, hoping to snag a few (even more) hard-earned bucks from consumers. But in this flood were some real clunkers that swept up along the way, somehow produced even though they should have never gotten past the screenwriting stage.

But there’s always something a little endearing about films that are “so bad they’re good.” A lot of work (or very little work) went into them, and they were actually made from stem to stern. Even more surprising is when these are big-budget films that involved hundreds of people across dozens of fields to produce them, making one wonder who exactly is in charge of saying “no” at some point.

Here are the 10 best “so bad they’re good” films from the 2000s. Cult film fans and those who enjoy watching grating awfulness on the screen will find none better than the ten titles detailed below to pop on and have a laugh or two at. After all, is it really so bad if it brings even a little joy to someone’s life?

What a delightful nightmare this film is. It’s completely insane, of course, but let’s luxuriate once more in this symphony of madness: this delicious piece of insanity was made seemingly to exist as ultimate snark-bait.

Recapping the plot seems useless: it’s a big pile of sci-fi claptrap adapted from Scientology founder L. Ron Hubbard’s shitty novel set in the year 3000 about an Earth that was brought to its knees by some alien goons known as Psychos that somehow took over the world without understanding that the world they took over had nuclear capabilities, or that its beings (which they refer to as “man-animals”) have functioning brains.

So instead of a recap, it’s highly recommended that one views this cringe-worthy sci-fi film at their leisure–it’s a broken masterpiece of sorts. John Travolta should be ashamed that he was in this asinine tripe while everyone else involved should feel deep regret that this is what they wasted their precious time on this earth creating.

It’s a spectacular dud that not only misunderstands its audience (whoever that may have been) but film itself. An abomination at all levels, this is the worst of the best of the worst and can only be appreciated as such. 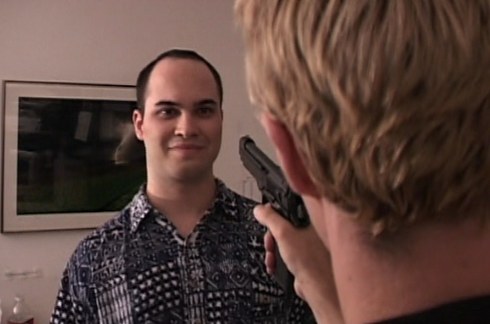 Gay rights is an issue that should be seriously pondered and given appropriate consideration to any sane member of Western society. That Ben & Arthur exists to function as a commentary on gay marriage and homophobia doesn’t help its cause so much as having used this issue to be the plot engine for plodding, poorly constructed “drama.”

The story: Arthur wants to marry his boyfriend Ben but the state they live in doesn’t recognize gay marriage. They fly to a state that does recognize gay marriage and get married. Meanwhile, they seem to be surrounded by homophobic, violent monsters: Victor, Arthur’s vile gay-bashing brother, Ben’s violently homophobic, hate-filled wife (what?), and the system at large that’s seemingly built to punish and vilify all gay people are just some elements of this overheated, shoddy film.

Seemingly made for $0 and populated by writer-director-star Sam Mraovich’s friends, Ben and Arthur has been described as “a gay version of The Room.” Sub-elementary school levels of acting and with the subtly of a nuclear bomb, Ben & Arthur comes across like a movie written, shot, and edited during one long weekend. Hilarious for its completely inept, ham-fisted approach to serious social issues, this is something to watch for a good laugh and to see what the truly terrible in film can be, gay or straight. 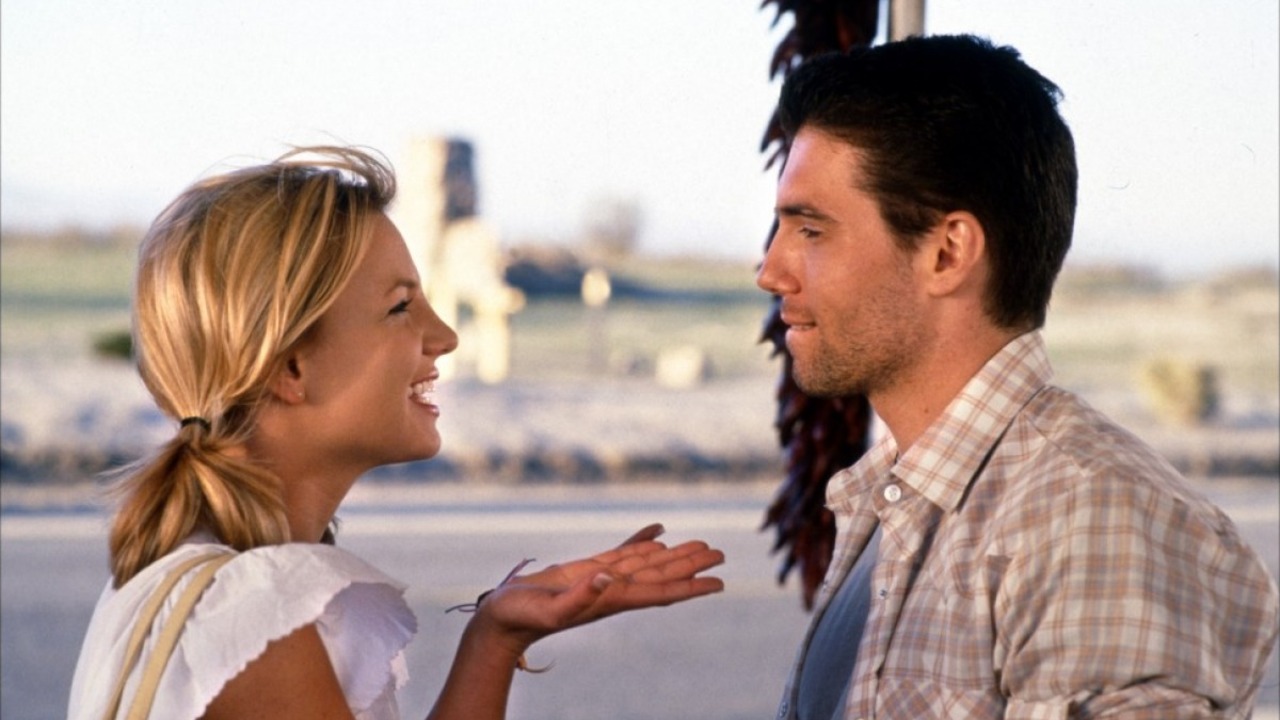 Britney Spears was one of the biggest entertainers in the world at one point, dominating the music charts and being one of the most iconic, recognizable figures in pop culture. So it made sense for her to star in her own film during this time. However, why the screenplay to Crossroads was the one chosen for her film debut is difficult to discern.

For starters, it’s largely a straightforward drama with a few Spears performances thrown in for good measure. Aside from Ms. Spears’ marble-mouthed Louisiana-drenched accent and awkward on-screen performance (which is confounding considering the years she spent in front of the camera as a performer), the film itself has some Lifetime TV Movie-level dramatics that involve teen pregnancy, rape, and a miscarriage (all befalling one character, nonetheless, who is obviously not Britney Spears).

It’s also a continuously embarrassing film to watch, mostly for the barely coherent performances but also for its screenplay, which features clunky dialogue, forced situations and scenarios, and an overall air of pointlessness. Britney Spears never developed as an actress, but this film is noteworthy for featuring an early performance by Zoe Saldana and being a consistently silly film that takes itself way to seriously from frame to frame.

There are few who haven’t heard of the 2003 film The Room at this point. Having caught fire in the 2000s as a new cult classic with sold-out midnight screenings and taking on a life of its own far from writer-director-producer-star Tommy Wiseau’s intention, The Room has been hailed as the new “best worst movie” of the 21st century.

About a man who finds only betrayal and upset in his personal life as his (so beautiful) girlfriend Lisa and best friend Mark (“Oh hai, Mark!”) start an affair, The Room is a spectacularly terrible film that’s both a weirdly personal film and a movie made by someone who has no understanding of human behavior or general conventions of filmmaking. It’s great in its awfulness in every instance of dialogue, editing, and acting choices.

Now so famous that a film, The Disaster Artist, has been made by James Franco about the bizarre true story of the making of the film, with Franco starring as the unfathomably odd Wiseau, a man whose hazy background, seemingly unlimited–and unexplained–source of funds, and complete ineptitude as a writer, director, and actor is detailed. But to truly understand Wiseau, in many ways, is to watch The Room–a film that would never have been made without this singular figure’s determination to tell his story on-screen. Those with a sense of humor can only thank him for that.

Where to start with the pile of confusion and overall mess that is 2005’s Alone in the Dark? The much-too-long opening text scroll complete with narration that attempts to stuff far too much exposition that spans tens of thousands of years of complex backstory? Tara Reid as a museum curator? The plot holes and numerous editing errors? The awful special effects and overall low-rent direction? It’s a feast for fans of the truly terrible.

Directed by Uwe Boll–whose name has become synonymous with “so bad it’s good” stylistics–this is an incoherent adaptation of a video game that has to be seen to be believed. Besides using some character names and plot elements from the game, Alone in the Dark falls off the side of the planet with a plot that involves an ancient alien race, a mad scientist, a paranormal investigator (played terribly by Christian Slater), and his old girlfriend, museum curator Reid.

The result is a film filled with awful, cheap CGI, a plot that zig-zags without bothering connecting one plot point to another, and possibly the best/worst example of how bad adaptations of video games can be. It’s laughably terrible and well worth the time of fans of abysmal films.