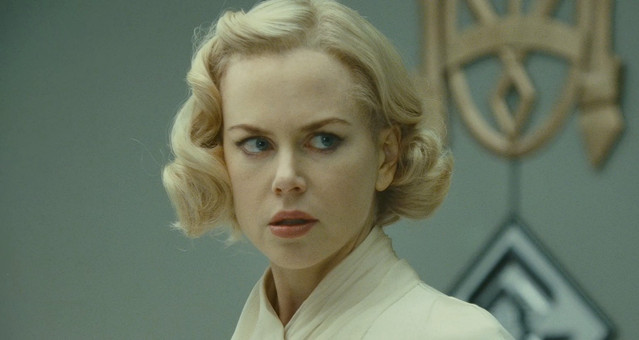 The Harry Potter Film Franchise spawned eight films, and made over seven billion dollars at the worldwide box office. It is one of the highest grossing film series of all time and has made more money than other popular film franchises such as Star Wars and James Bond.

Its success led to Fantastic Beasts and Where to Find Them, a spin off film series, which will comprise of five films. These films serve as an expansion of the Harry Potter Film Franchise, and are set to increase the value of the franchise even more.

The massive success of the Harry Potter Film Franchise has had a significant impact on the film industry. Film studios realised that established material had the potential to be hugely profitable, and every studio wanted to emulate the films’ popularity.

The films are also credited with being responsible for the rise in films based on young adult and children’s literature. Novels became the go to point for film studios, and a plethora of films in this vein followed. The success and reception of these films was mixed. As of yet, none have managed to reach the same colossal heights as the Harry Potter Film Franchise. But many have tried. Here is a look at some films that hoped to be the next ‘Harry Potter’ and failed.

The Golden Compass is based on ‘Northern Lights,’ the first novel in Phillip Pullman’s ‘His Dark Materials’ trilogy. The novels have won a number of awards, and were adapted into a successful stage play in 2003. The novels have also been a source of controversy, with some of the themes addressed in them being seen as anti-religious.

The film boasts a great cast, with actors such as Daniel Craig, Nicole Kidman and Sir Ian McKellan to name a few. It is also incredibly strong visually, and picked up both a BAFTA and an Academy Award for visual effects. However, the film received mixed reviews and underperformed at the box office, with especially disappointing figures from the North American box office. The film was also boycotted by some religious groups. Overall, it was felt that The Golden Compass did not live up to either the studio’s or the audience’s expectations.

There had been plans to adapt the whole trilogy, with the next film ‘The Subtle Knife’ being slated for a potential 2010 release. However, the sequel was very much dependent on the first film’s financial success. When the film did not meet its financial expectations, the studio began to downplay talks of any sequels and it looked increasingly unlikely that a sequel would be made. Eventually in 2011, author Phillip Pullman stated that there would not be any more films made.

However, there is still hope for a successful screen adaptation. In November 2015, the BBC announced that they intended to turn the works into an eight-part television series. The series is currently in pre-production. 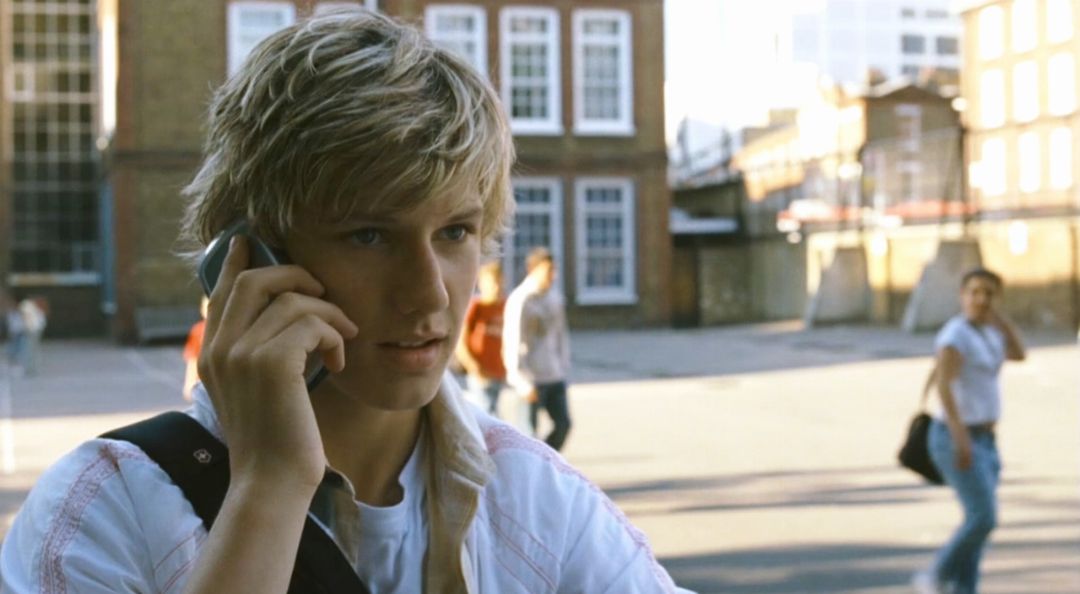 The Alex Rider series by author and screenwriter Anthony Horowitz comprises of eleven novels. The series has been extremely successful, and Stormbreaker is the first novel in the series. Stormbreaker was intended to be the first entry in an Alex Rider film franchise, which would be written by Horowitz who was already an established screenwriter. However, when Stormbreaker bombed at the box office and received negative reviews, the planned sequels were cancelled.

Stormbreaker failed to recoup its $40 million budget, only earning around $23 million at the box office. It was also lambasted critically with reviews criticising its lack of originality, the acting and the unbelievable plot.

The film was widely hoped to be a potential Harry Potter contender. At the time, it was one of the most expensive independent British films ever made. And the cast was filled with big British name actors, such as Ewan McGregor, Bill Nighy and Damian Lewis. Alex Pettyfer, who plays Alex Rider, was chosen from among five hundred boys who auditioned for the role. Although the film garnered a lot of attention before its release, it failed to live up to its hype. Subsequently there have been no more plans to adapt any of the Alex Rider novels to the screen. 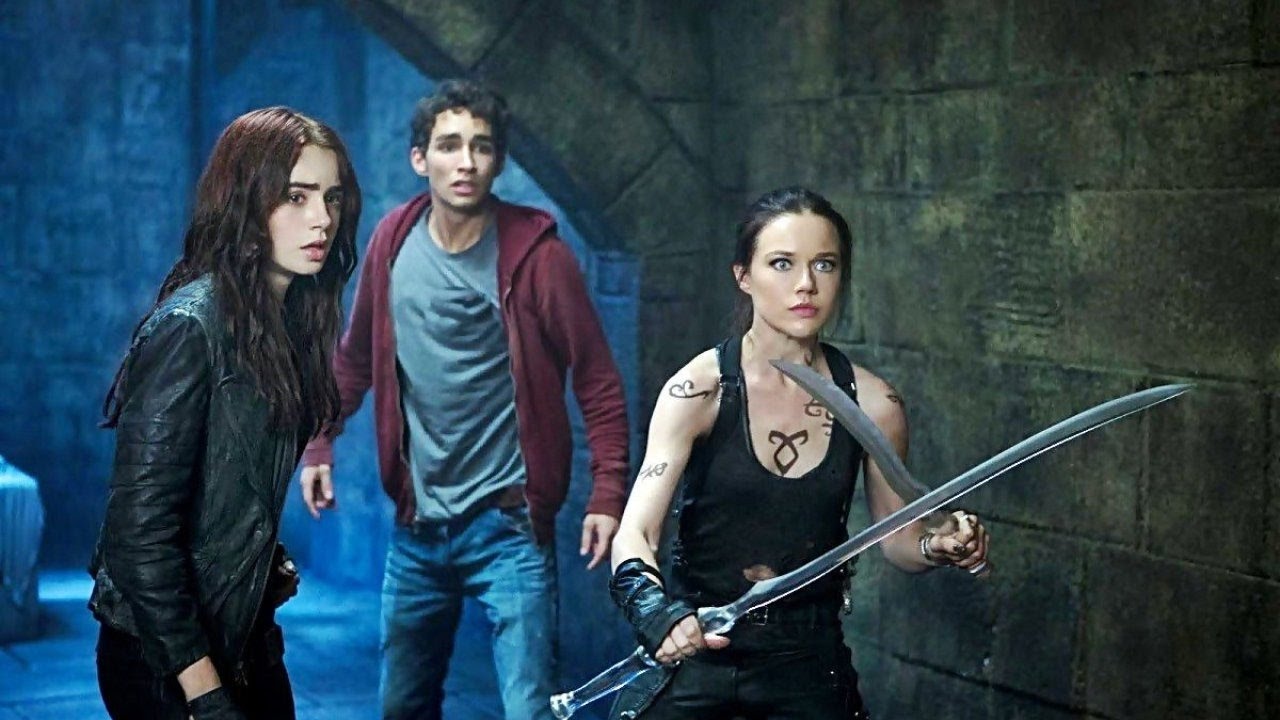 The film grossed $90 million against a budget of $60 million. It was seen as a box office flop, and consequently contributed to film studio Constantin recording a loss for that year. The film was also received poorly critically. The vast majority of reviews criticised the plot, overuse of CGI and made unfavourable comparisons to Twilight. The Mortal Instruments: City of Bones was received more positively with audiences, but the overall feeling was that the adaptation was not as strong as fans had hoped for.

Before the film was released, a sequel of the second book in the series ‘City of Ashes,’ was announced. The plan was to start production soon after the first film was released. After the film performed well below expectations, the planned sequel was pushed back several times. In 2014, it was announced that The Mortal Instruments would return as a television adaptation. The television series which is shown on Freeform in North America and internationally on Netflix, has been well received by fans. There have been two seasons shown so far, with a third scheduled to debut in 2018.

4. Percy Jackson and The Olympians: The Lightning Thief (2010) 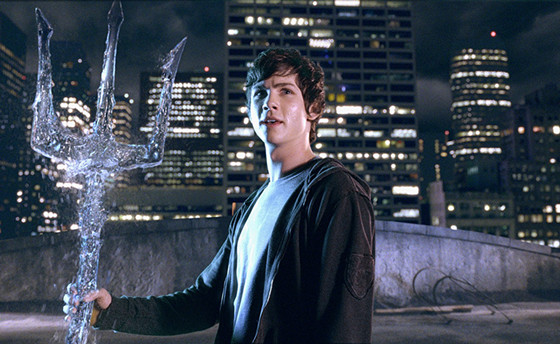 Author Rick Riordan’s ‘Percy Jackson and The Olympians’ series of novels has sold more than forty-five million copies around the world. So, it was only a matter of time before it was picked up by a film studio. Percy Jackson and The Olympians: The Lightning Thief is based on the first book in the series – ‘The Lightning Thief.’

Harry Potter alumnus Chris Columbus was brought in to direct, and an impressive cast was lined up. Cast members included actors such as Uma Thurman, Sean Bean, Pierce Brosnan and Rosario Dawson. The film was commercially successful, grossing over $225 million against a budget of $95 million. However, it received mixed reviews with a lot of criticism aimed at its imitative nature. Many felt that it was trying too hard to be the ‘next Harry Potter.’

The film was successful enough to spawn one stand-alone sequel. Percy Jackson: The Sea of Monsters is based on the second book in ‘Percy Jackson and The Olympians’ series – ‘The Sea of Monsters.’ The film followed the same pattern as the previous film. It was commercially successful, but received mixed reviews. The original plan had been to emulate the success of the Harry Potter films, and build a franchise. However, there are no current plans to make a third film. The Lightning Thief has since been adapted into an off-Broadway stage musical.

Relative newcomer Chris Massoglia was cast in the lead role of ‘Darren Shan’ and was joined by a diverse cast of actors – John C. Reilly, Salma Hayek, Willem Dafoe, Ken Watanbe and Josh Hutcherson to name a few. The film was originally set to be released in 2010, but was pushed forward to October 2009 in order to try and capitalise on the Halloween market. Unfortunately, this gamble did not pay off, and the film failed to recoup its $40 million budget.

Reviews of the film were mostly negative. Critics criticised the plot, pacing and characterisation. Whilst fans of the novels were disappointed in the loose adaptation and felt that the story had been changed too much.

It was hoped that Cirque Du Freak: The Vampire’s Assistant would be the start of a potential franchise, and certainly some of the bigger named actors had signed on to the film with this in mind. After the film’s lacklustre reception and performance, there are no plans for a sequel. One of the film’s stars, Josh Hutcherson, did go on to have much more success in a young adult film franchise. He starred in all four films in the incredibly popular, The Hunger Games Film Franchise.

533
SHARES
FacebookTwitterSubscribe
Subscribe via Email or RSS Feed
Pages: 1 2
Comments (9)
Movies That Tried and Failed To Be The Next "Harry Potter"