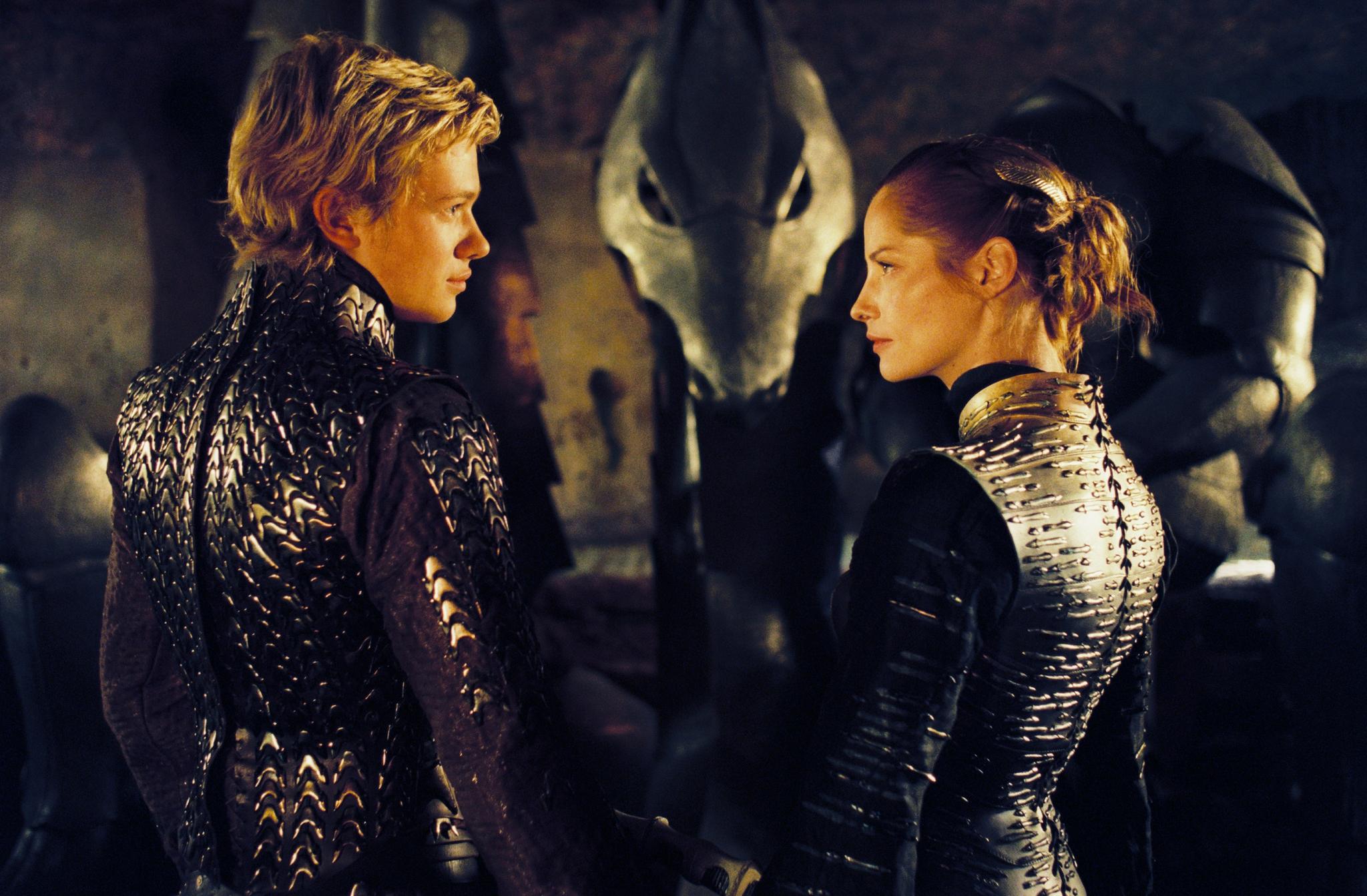 The Inheritance Cycle by author Christopher Paolini, is a series of four epic fantasy novels. Eragon is the first book in the series. The series has sold more than thirty-three million copies worldwide, and the books are New York Times bestsellers.

Plans for a film were announced in 2004, and after a worldwide search, Ed Speleers was cast in the lead role of ‘Eragon.’ Ed Speleers was joined by Jeremy Irons, John Malkovich, Djimon Hounsou and Rachel Weisz. With a great cast signed on, and a budget of $100 million, expectations for Eragon were high. There was also a renewed interest in fantasy films, after the success of Harry Potter and The Lord of The Rings, and so it was thought that Eragon would be the inception of a new epic fantasy franchise.

Eragon grossed $249 million, and is also thought to have done well in its home media sales. But these figures were still well below what was hoped for Eragon. An even bigger problem than the lower than hoped for box office takings, was the fact that Eragon was critically panned. In fact, Eragon was one of the worst reviewed film of 2006. The main criticism of the film was its derivative nature, and its rip off of other similar material. Audiences were on the fence with the film, with many feeling that the source material was not adapted as faithfully as it could have been.

20th Century Fox hoped to make Eragon the next Harry Potter, but there have been no talks of a sequel and there are no current plans to ever make one. 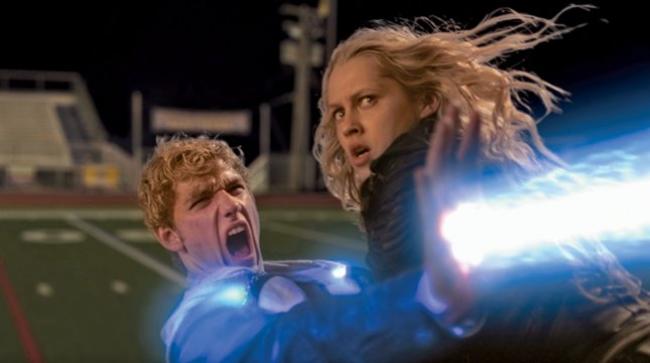 Alex Pettyfer was cast in another young adult novel adaptation that hoped to imitate the success of Harry Potter. I am Number Four is the first book in the Lorien Legacies series by author Pitticus Lore. Film director and producer Michael Bay brought the manuscript of I am Number Four to the attention of Dreamworks, who won the rights to it after a bidding war.

The film grossed $150 million at the box office against a $50 million budget. Even though it recouped its budget, it was still seen as a big financial disappointment for the studio. It was expected to perform much better at the box office, and be a major hit. Reviews of the film were not positive either. Although the visual effects were praised, the plot and characters were criticised for being weak. Audiences were slightly more receptive of the film, with mixed responses. But there have since been calls for a sequel from fans.

From the beginning, it was planned for I am Number Four to be the start of a franchise. Dreamworks brought the rights with the idea of building a film franchise, and planned to have at least six more instalments of the films. After the disappointing performance of the first film, a sequel looked increasingly unlikely. Screenwriter Marti Noxon later confirmed that plans for a sequel had been shelved. However, there is still a lot of demand for a sequel from fans, and so it remains to be seen if there will be any further instalments of the Lorien Legacies on film. 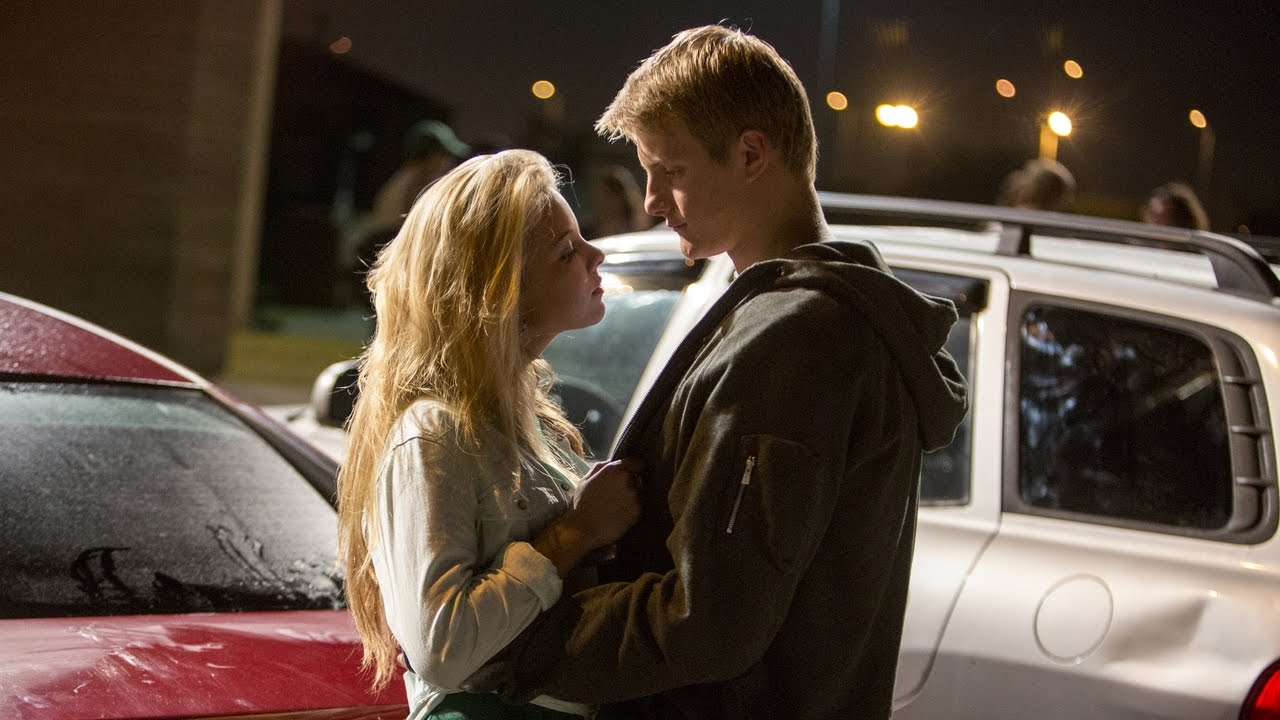 There were a lot of changes made from the book, and as such, the film is seen as a very loose adaptation of the book. There were significant changes made to the plot, characters and overall style. It was reported that author Susan Cooper was deeply unhappy of the adaptation of her work. She reportedly asked for changes to be made, but was turned down.

The film was received very poorly, and had one of the weakest openings for a fantasy film. It grossed around $31 million at the box office against an estimated budget of $45 million. Reviews were largely negative, with both critics and audiences alike deriding the film.

It was felt that The Seeker: The Dark is Rising was a pale imitation of Harry Potter, and was attempting to ride the coattails of the renewed surge in children’s fantasy. Fans were upset with the changes, and felt that the film had ripped off the source material. What Walden Media had hoped would be a competitor in the children’s fantasy film franchise market, became a flop. As such, there are no further plans to adapt any of Susan Cooper’s material. 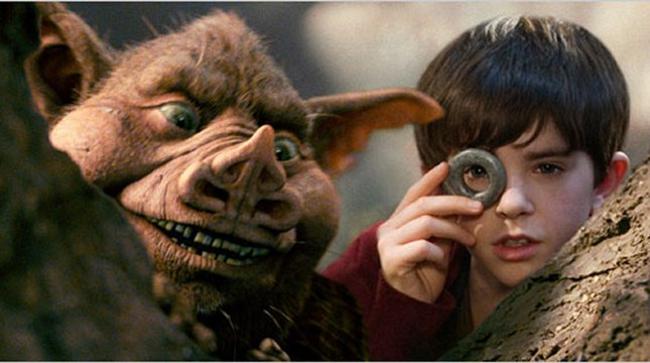 This adaptation of the bestselling five book series of the same name by Holly Black and Tony DiTerlizzi, was actually well received by critics and audiences. It performed reasonably well at the box office, earning $163 million against a budget of $90 million. Critically, the response was mostly favourable with reviews praising Freddie Highmore’s performance as twins Jared and Simon Grace. Fans of the novels were impressed with the faithfulness to the story, and felt that it was a worthy adaptation of the novels.

After the relative success and positive reception of the film, it was assumed that a sequel would follow. However, in this case, the lack of sequel came from an element of the film’s success. The film worked so well as a stand-alone film, that it was felt that a sequel would not necessarily work. The Spiderwick Chronicles also managed to condense the five-book series’ material into one film, so material for a possible sequel was not readily available.

There is still demand from fans for a sequel, and it is generally felt that The Spiderwick Chronicles could have been a successful franchise if the material had been better used across several films instead of one. One of the authors of The Spiderwick Chronicles books, Holly Black, has recently had the rights to her young adult fantasy novel ‘The Cruel Prince’ picked up by Universal Pictures. So, there may yet be a successful film franchise adapted from her work. 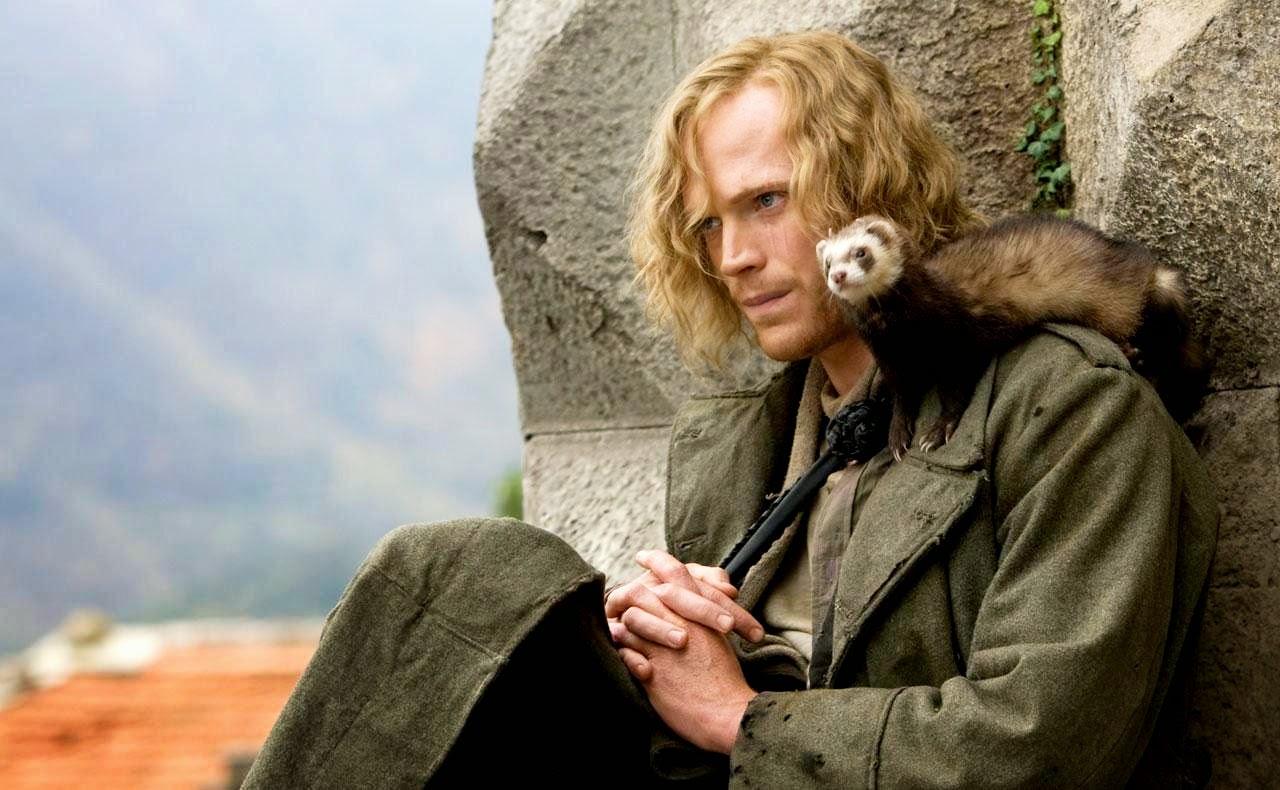 Author Cornelia Funke was one of the producers of Inkheart, which is based on her novel of the same name. The novel Inkheart is a young adult fantasy novel, and is the first in the Inkheart trilogy. Cornelia Funke used actor Brendan Fraser as inspiration for the character Mortimer, and he ultimately ended being cast as Mortimer in the film. Brendan Fraser was joined by an impressive cast including Helen Mirren, Andy Serkis, Paul Bettany and Jim Broadbent to name a few.

The film was not well received. It grossed $62 million against a budget of $60 million, and was considered a box office failure. Audiences and critics were unimpressed with the film’s plot and pacing. Fans of the novel were split on whether the film was a faithful enough adaptation of the source material. The film also suffered from Harry Potter comparisons. A lot of critics compared it unfavourably, and as a result it affected the audience figures.

It also emerged that Inkheart may have suffered from its reshoots. Originally the film’s ending mirrored that of the books, but after a test screening it was changed to better satisfy the audience. These reshoots pushed the film’s release date back, and then the writer’s strike pushed the film even further back. Originally due for release at Christmas 2007, Inkheart was finally released in December 2008.

It is thought that these delays interrupted the momentum and anticipation of the film. All in all, Inkheart failed to make the impact that the studio had hoped for. There has since been no news on a sequel, even though author Cornelia Funke sold the rights to all three books of the trilogy.

533
SHARES
FacebookTwitterSubscribe
Subscribe via Email or RSS Feed
Pages: 1 2
Comments (9)
Movies That Tried and Failed To Be The Next "Harry Potter"