5. The Shape of Water

Things weren’t looking great for The Shape of Water when it got shut out of quite a few early precursor awards. The National Board of Review left it out of its top ten, the Independent Spirit Awards snubbed it entirely, and the early critic awards mostly ignored it.

Then, miraculously, the precursors finally decided to throw the movie a much deserved bone. It picked up 14 Critics’ Choice Award nominations, 7 Golden Globe nominations, and 10 Satellite Award nominations. While it failed to pick up an SAG nomination for best ensemble, it’s safe to assume it’ll do much better in the other guild awards. After a brief period of confusion, The Shape of Water eventually became the awards juggernaut everyone expected it to be.

Unless the remaining guilds turn a blind eye to it (which is highly unlikely), The film seems like a lock for the Best Picture category at the Oscars. Aside from early award recognition, it’s one of the best reviewed movies of 2017. With an impressive 86 Metascore, it seems as though critics are more than happy to see Del Toro taking on something a little more dramatic than Pacific Rim. While critical acclaim rarely translates to Oscar glory, the critical reaction paired with the strong awards season performance means that The Shape of Water should be in good shape this year.

Christopher Nolan hasn’t really had the best of luck when it comes to the Oscars. Inception did well enough, but his other movies have unfortunately fell relatively flat. In some cases, the lack of Oscar attention was completely warranted. In other cases, one might assume that the Academy had some kind of vendetta. Regardless, Nolan’s losing streak will almost certainly come to an end next year. Dunkirk is the director’s best reviewed movie to date. With a 92% Rotten Tomatoes score and an even more impressive Metascore of 94, Dunkirk is the movie Nolan fans have been hotly anticipating for years.

While pundits initially had it pegged as the Best Picture frontrunner, its status as a potential winner has recently been called to question. It hasn’t performed particularly well in precursor awards outside of technical categories, but that doesn’t mean things can’t turn around in the guild awards. The important thing is, although Dunkirk hasn’t won much, it continues to pick up nomination after nomination. Remember, this list is just about whether or not a movie will earn a Best Picture nomination. At this stage, Dunkirk seems like a lock even if its path to victory seems like an uphill battle.

Martin McDonagh is finally earning the recognition he deserves with Three Billboards Outside Ebbing, Missouri. His most critically acclaimed movie to date is a surprisingly hilarious dramedy with a lot on its mind. Critics have adored it, and voters are also beginning to appreciate it.

This movie performed relatively well early on, but it’s so high on this list because of its recent performance. The SAG awards and the Globes seem to be head-over-heels in love with the movie, and it’s only expected to do better from there.

More importantly, it has the preferential ballot on its side. The general consensus seems to be that the more a movie can hide from the spotlight, the better. Voting for Best Picture is less about loving a movie and more about liking a movie, so if a movie can avoid backlash, it’s liable to win the whole thing. That’s precisely why La La Land and The Revenant fell short at the Oscars. The hype got to the voters and ultimately destroyed all chances of winning.

Three Billboards isn’t completely free of controversy, but there isn’t enough hype to warrant significant backlash. The point is, everybody at least likes the movie. Not everybody is willing to call it the best movie of 2017, but few people are going to claim that it’s a complete and utter failure. This new approach to voting has helped the Oscars stay slightly less predictable, and it may lead to a Three Billboards victory. At the very least, the movie will be earning the coveted nomination.

Most people knew Get Out would make some sort of dent come awards season, but few people expected it to do this well. Jordan Peele’s directorial debut is wiping the floor with the competition, which is impressive considering its status as a horror movie. In theory, the movie shouldn’t be doing this well. It came out too early in the year, it’s a genre movie, and it’s from an inexperienced director. This isn’t the type of movie to rival Steven Spielberg, Paul Thomas Anderson, and Christopher Nolan. Yet somehow, the film has managed to surpass all expectations. It has gone from potential nominee to possible frontrunner in a matter of months.

Get Out has picked up seven Best Picture wins this year, which puts it at the very top of the list. Sure, most of these wins come from critic awards, but in terms of numbers alone, Get Out is in the lead. Even if it doesn’t manage to win every single award, it still finds a way to sneak into the nominations. Most movies on this list are missing a nomination from one or two key players, but Get Out has remained consistent throughout. From the SAG awards to the Independent Spirit Awards, everyone is at least taking note of the movie.

The only minor misstep comes from the fact that it underperformed at the Globes. It didn’t earn a nomination for Best Screenplay or Best Director, but it still managed to acquire a Best Picture nomination. It’s equally important to note that the Golden Globes are notoriously a bit odd. They don’t match up with the Academy as much as one may believe, which means that Get Out should still kick ass when the Oscars roll around. The film is guaranteed to get a Best Picture nomination. The next step is worrying about whether or not it can win. 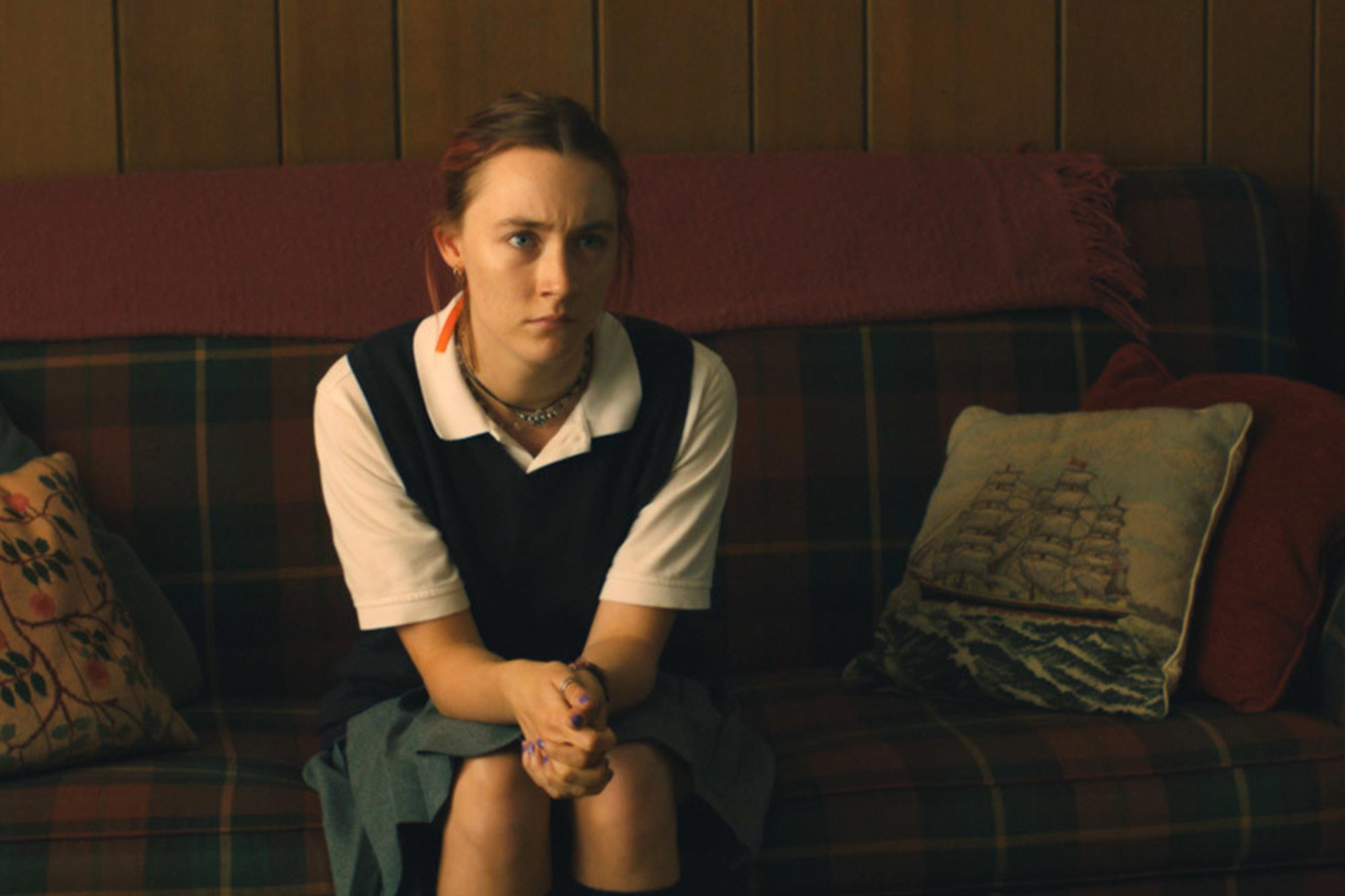 Greta Gerwig’s first crack at directing is easily one of 2017’s most universally adored movies. With one lone rotten review out of 208 total reviews, it looks like people can’t get enough of Lady Bird. The touching coming-of-age story has been called one of the best movies about adolescence ever, and critics aren’t exactly wrong. There’s so much that can be said about the movie, but unfortunately it will have to be saved for another time. After all, this article is about Best Picture chances rather than actual film criticism.

Out of every movie released in 2017, Lady Bird may be the most obvious Best Picture contender. It’s a close call between this and Get Out, but Lady Bird has an ever-so-slight edge. Aside from the fact that it has dominated precursor awards, there’s also the simple fact that so few people dislike the movie. Get Out has some detractors.

On the other hand, it’s fairly difficult to find people willing to slam Lady Bird. There are certainly people who find the film to be overrated, but few can argue that it’s flat-out bad. The fact that Best Picture winners need to be universally liked to win means that Lady Bird is a strong contender for the actual prize.

This list is primarily about films likely to get a nomination, but it’s not a bad idea to start predicting the winner at this stage. Most years, there would already be a frontrunner, but 2017 is something of an anomaly. There’s nothing that even comes close to a frontrunner at this point. There are movies who have stronger chances than others, but nothing stands out as a real threat. Lady Bird comes close, but this year is an unpredictable mess. At the very least, it’ll pick up countless nominations.

561
SHARES
FacebookTwitterSubscribe
Subscribe via Email or RSS Feed
Pages: 1 2
Comments (12)
Movies From 2017 That Could Be Nominated for Best Picture