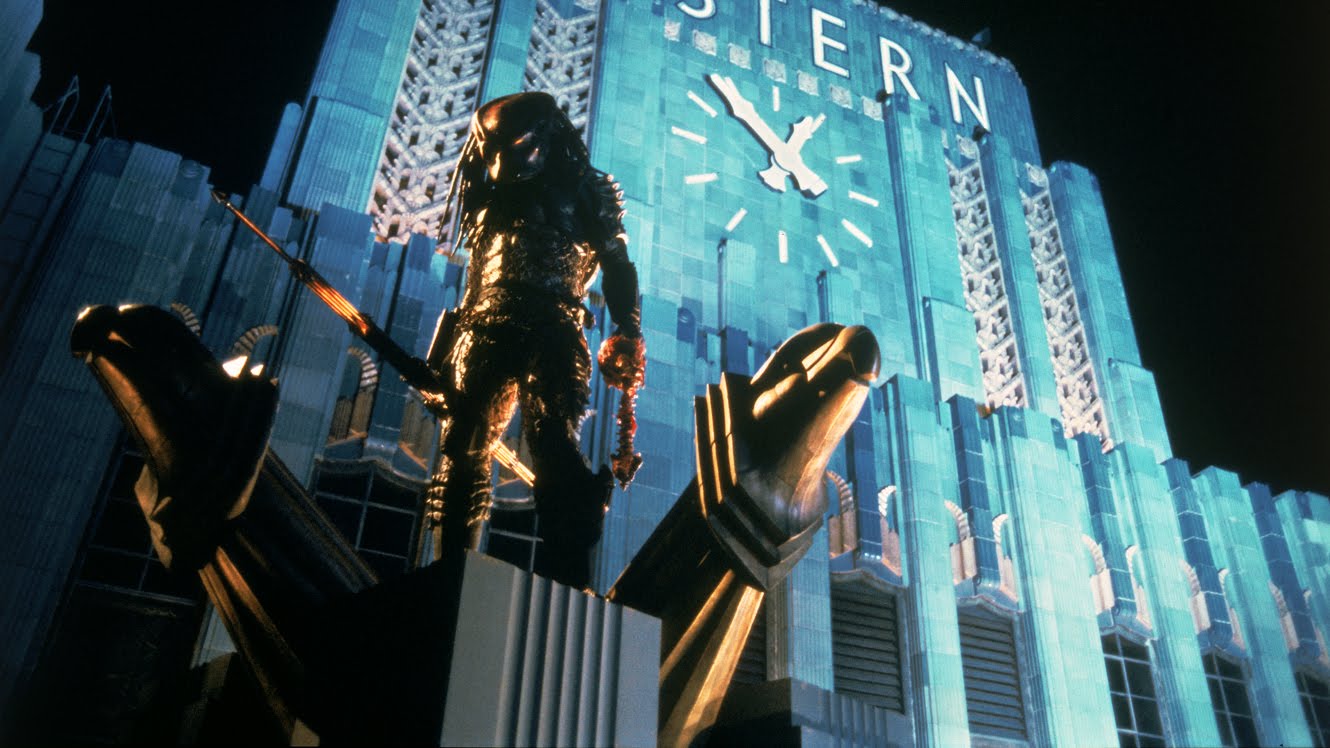 Some sequels are loved. Some are hated. Others are less fortunate – they are unjustly forgotten.

The films on this list are all sequels that have been overshadowed by the films before them, are overlooked, and are overdue the recognition they deserve.

When Steven Spielberg’s Jaws transformed Hollywood in 1975 by smashing box-office records and birthing the modern block-buster, it was inevitable that studio heads would push for a sequel. The best-selling novel, written by Peter Benchley in 1974, left no opening for a continuation of the story and neither did the film. Spielberg was not interested in working on a sequel, but the producers were desperate to capitalise on the shark-mania that had taken hold of the world so they set to work without him. After several possible plots were developed and then aborted, a workable story was developed and production began in June 1977.

Jaws 2 makes no attempt to replicate the outstanding chemistry between Brody, Hooper (Richard Dreyfuss) and Quint (Robert Shaw) as this would have been impossible. Instead, the main adventure involves Brody’s teenage son and his group of friends. It’s the fact that we’re catching up with a family that we know and care about that makes the threat to them more terrifying.

Director Jeannot Szwarc ramps up the tension as Brody and the emergency services desperately try to reach the children before it’s too late. A fantastic score by John Williams accompanies the thrilling action. Williams builds on his famous themes and motifs, constructing a more complex, emotional soundtrack than before. Jaws had made a generation afraid to swim in the ocean. Three years later, Jaws 2 reminded them that they still weren’t safe, and neither were their children. 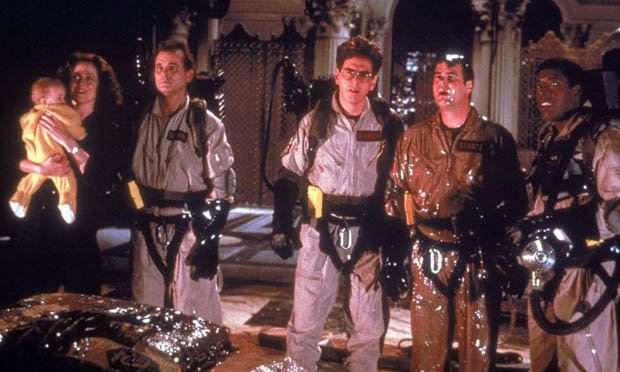 Everybody loved Ghostbusters (1984). Critics raved, audiences thronged, toys were bought, children stopped saying they wanted to be astronauts and cowboys – now they wanted to be ‘paranormal investigators’. Written by two of its stars, Dan Ackroyd (Ray Stanz) and Harold Ramis (Egon Spengler), the supernatural comedy came with bucket-loads of humour, charm, warmth and ectoplasm. The world lapped it up.

But where could the Ghostbusters go next? They had captured all the ghosts in Manhattan and effectively done themselves out of business. Ackroyd and Ramis’s intention was for the original to be a standalone story, a one-shot closed adventure that was perfect as it was. However, the continued success of the idea, bolstered by an animated series and an ever-expanding collection of action figures and other merchandise, meant that pressure for a sequel began to build.

Ghostbusters 2 (1989) finds our heroes in a rut. They have been sued for the damage they caused while protecting the city, and are out of business – banned from continuing to investigate the paranormal. Turning to exploitative TV shows, questionable scientific research and children’s parties they are down on their luck. But, once again, there‘s something strange in their neighbourhood. New York is a city filled with ill-feeling and a lack of brotherly love, and that emotion fuels the return of a 16th century tyrant who vowed to return from the grave, bringing havoc and despair to the world.

Despite accusation that the film was nothing but a cash-cow, it maintains much of the charm of the original. This is mainly down to the chemistry between the reunited cast members, but many of the most memorable ghostbusting scenes and quotable lines can be found here also. The Scoleri Brothers disruption of court proceedings, the river of slime under the city, and the arrival or the ill-fated Titanic, complete with its ghostly passengers are brilliantly realised. Yes, the finale is on the cheesy side but who can say that their heart didn’t swell just a little at the sight of Louis Tully (Rick Moranis) suited up and wielding a proton-pack? 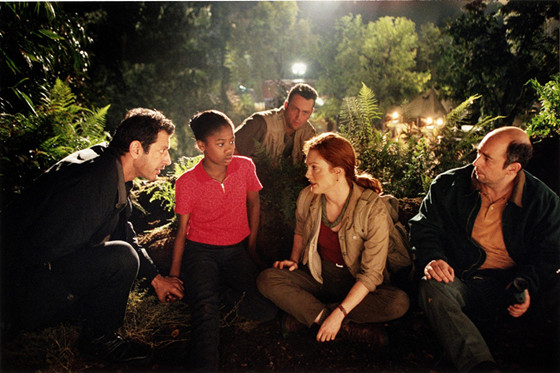 Once again, Steven Spielberg had an enormous box-office hit on his hands with Jurassic Park (1993). With its incredible visual effects and gripping story, the film had brought Michael Crichton’s 1990 novel to life and given audiences the opportunity to see something many had dreamed of since childhood – dinosaurs!

For the sequel, Spielberg worked from Crichton’s follow-up novel but, realising that he would be unlikely to return to this cinematic world, the director decided to include story elements that were not included in the book.

The main deviation is the final act in which the furious tyrannosaurus rex rampages through the San Diego streets in search of its wounded baby. Many viewers and critics felt that this was the moment where the franchise jumped the shark but, when considered on the basis of pure visual spectacle and escapist enjoyment, it’s an outstanding set-piece, taking its cues from classic monster movies like The Lost World (1925) and King Kong (1933).

The most memorable ‘villains’ of the original film, the velociraptors, make a welcome return in several wonderfully choreographed scenes. Physical and computer generated effects merge seamlessly to bring these intelligent, cunning and deadly prehistoric creatures to life.

Elsewhere there is much to enjoy. As in Jurassic Park, the prologue sets the scene perfectly, this time showing that even the smallest dinosaurs are not to be underestimated. The nerve-jangling trailer attack sequence is perfectly orchestrated to build and maintain tension. The sound of windscreen glass, slowly cracking is truly horrifying. Richard Attenborough and Jeff Goldblum reprise their roles as John Hammond and Dr. Ian Malcolm, with Goldblum getting the chance to flex his action muscles and drop in a heap of his trademark witticisms along the way.

The Lost World: Jurassic Park was nominated for the Academy Award for Best Visual Effects but lost out to James Cameron’s Titanic (1997). Looking back on the two films, it’s the remarkable realisation of the dinosaurs that has stood the test of time, and Spielberg’s prehistoric fantasia is an under-appreciated gem.

The less said about A Nightmare on Elm Street 2: Freddy’s Revenge (1985) the better. Attempting to cash-in on the success of the debut appearance of Wes Craven’s iconic dream-demon, Freddy Krueger, the film-makers dropped the ball.

The carefully constructed rules of Freddy’s nightmare world were tossed aside and the film saw him wreaking his revenge though mind control, and even worse, had him capable of stepping into the real world to go on a killing spree. Although the film fared relatively well at the box-office, reviews were very mixed and, in hindsight it was a misstep in what would go on to become one of the most beloved horror franchises of all time.

Thankfully, 1987’s A Nightmare on Elm Street 3: Dream Warriors delivers a more logical, thematically consistent and entertaining follow up, clearly setting out the franchise’s stall. Wes Craven returned to write the film, and Heather Langenkamp reprised her role as Nancy Allen. No longer the helpless victim, Nancy is now a therapist working with young people suffering from a variety of mental illnesses.

When she finds herself pulled into the nightmares of Kristen (Patricia Arquette in her first film role), she realises that her teenage patients are the last remaining children of Freddy’s killers. Recognising that Kristen’s power to draw others into her dreams will enable the group to fight Freddy in his own world, Nancy sets about training the team to take him on.

Each of the Dream Warriors has a special power that can only be accessed once they are in the dream world. Like all the best super-hero teams, the powers are different but complementary – each brings something essential to the fight. From increased strength, to magical powers, a super-sonic scream and, strangely, turning into an 80s cyber-punk!

Later in the franchise, Freddy lost most of his power to terrify audiences. He became an MTV-friendly, wise-cracking pantomime villain, far removed from the vengeful child-killer and night-stalker of the original film. Dream Warriors bridges the gap between the two versions of the character. He remains sinister and genuinely frightening but always makes sure to deliver a macabre punchline, giving the audience the relief of laughter after the ever-more contrived and elaborate death scenes.

Although contemporary reviewers viewed the film as a money-spinner rather than a labour of love like the original, it significantly fleshed out Freddy Krueger’s backstory, and the Dream Warriors returned in subsequent sequels. 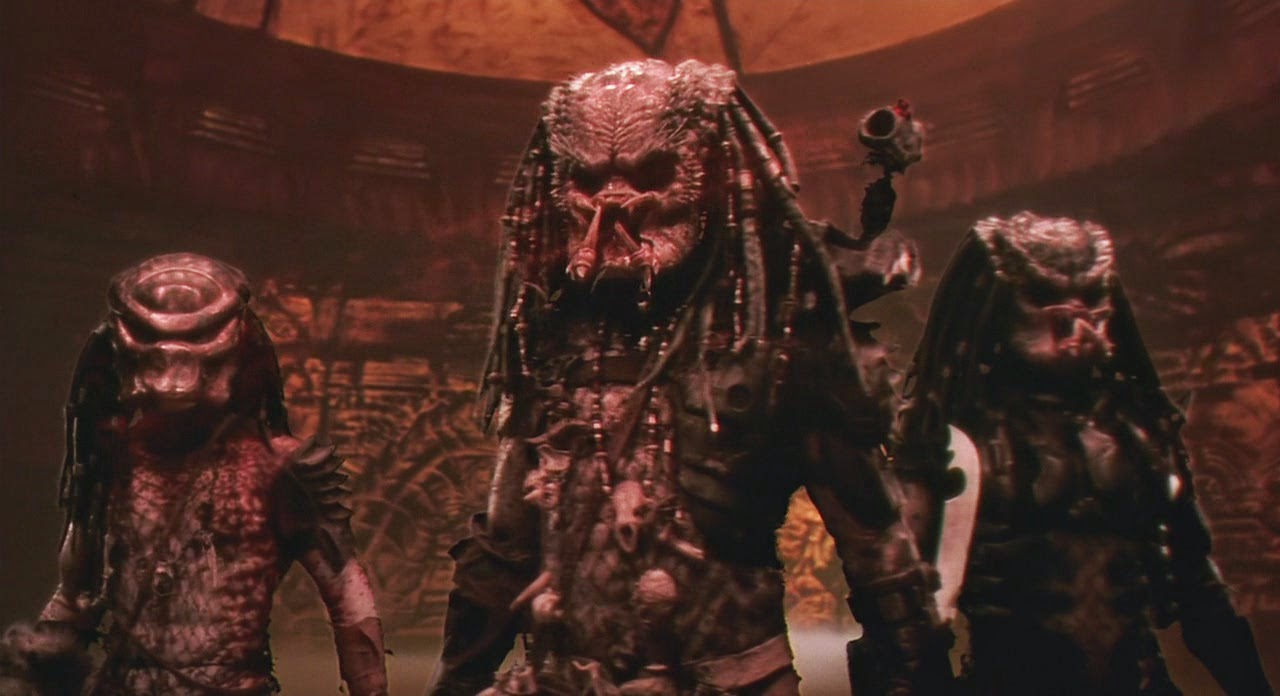 In 1987 the world was introduced to a science-fiction icon – the Predator. A powerful alien being, armed with technologically advanced weaponry and cloaked by invisibility. This seemingly unstoppable foe had chosen to pay Earth a visit on what appeared to be an intergalactic hunting trip.

Although critics had mixed views of the film, the public loved it. Arnold Schwarzenegger once again proved to be a box office charm, and the mix of horror, sci-fi, comedy and action struck a chord with many people. It has gone on to become one of the most loved films of the 80s and has spawned a whole world of off-shoots from sequels to video games and comic books.

The transition from South American jungle to the urban sprawl of Los Angeles, roasted by a summer heat-wave, didn’t work for many people, but the sweltering city streets are as claustrophobic and dangerous as the wild jungle of the original, and Predator 2 (1990) is a dark, pessimistic film where humans are often portrayed as the real monsters. As in The Lost World: Jurassic Park (1997), the presence of a familiar, terrifying threat in a built-up area adds a different kind of tension.

Following financial discussions, Schwarzenegger chose not to return for the sequel – his were big boots to fill. Luckily, Danny Glover brought his grizzled, stubborn police officer act to the table. His character, Lieutenant Mike Harrigan, is a loose cannon – fighting the LA drug cartels on his own terms. He’s tough and filled with street smarts, but has a vulnerable side that makes us concerned for his safety as he takes on his most cunning foe yet.

Predator 2 expands on the backstory of a creature born solely to hunt. In one brief scene, the skull of the xenomorph from the Alien (1978) saga can be seen hanging amongst the Predator’s trophies. A fan-pleasing touch, this confirms that the two terrifying and deadly species coexist in the same cinematic universe. Disappointingly, the two movies that finally brought them together – Alien vs. Predator (2004) and Alien vs Predator: Requiem (2007) – could not deliver on the tantalising premise of seeing them meet in hand-to-claw combat.

252
SHARES
FacebookTwitterSubscribe
Subscribe via Email or RSS Feed
Pages: 1 2
Comments (3)
Movie Sequels That Are Overshadowed By The Films Before Them