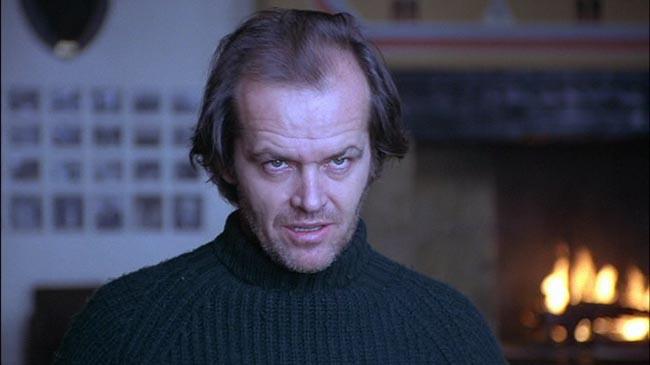 When a new movie adaptation comes out, there are people who will complain that the book’s not as good, and if you know somebody like this, then they’ll complain about these movies especially. A great adaptation is never supposed to recreate the source material, but rather to filter it through the eyes of the director, however they interpret it. One should think of the novel and the movie as separate entities, and being good on their own merits.

Details get lost in translation all the time when it comes to adapting, but these movies go even further, and have changed so many details that to call them adaptations in the first place is arguably a bit of a stretch. Whether the filmmakers found the material “unadaptable”, wanted to comment on or satirize it, or just didn’t like the book, the world was given the following faithless “adaptations”.

It’s more appropriate to say that Joseph Conrad’s Hearts of Darkness inspired Coppola’s drug-fueled, surreal, nightmarish epic, instead of being an adaptation, especially when you cue in on the fact that the book was written at the turn of the 20th century and takes place in the Congo, while the movie is set in the Vietnam War. They have parallel narratives in that they both centre around a man who travels up a river with a bunch of people, and the villain in both cases is a man named Kurtz who has gone insane and convinced a tribe that he is a god. They also both have the infamous line, “The horror. The horror”.

The novel is set in the Congo, the main character is named Marlow, not Captain Willard, and he works for a Belgian trade company, not the army. Kurtz also dies by machete in the movie, but in the book he gets ill, dies, and Marlow goes home to inform Kurtz’s widow. And naturally, the line “I love the smell of napalm in the morning” is nowhere to be found in the book. Both the novel and the movie hold their own as dark, impactful tales of the nature of madness, but in very different ways. The movie in particular is one of the best representation of PTSD ever, just in its first minute. Both of these works are well worth your time.

2. Dr. Strangelove or How I Learned to Stop Worrying and Love the Bomb

There are three HUGE elements Stanley Kubrick changed while making his classic political satire. Firstly, the book Red Alert by Terry Southern (who also helped pen the script) is not a classic political satire; it’s a serious thriller. Second, there’s no Dr. Strangelove, the movie’s titular character. Also, the world doesn’t end like it does in the movie, but instead the crisis gets averted.

While reading the book, Kubrick realized that it worked much better as a comedy, and frankly he was right; the film is an iconic, unforgettable, laugh a minute ride that is also as bleak and dark as anything you would expect from Kubrick. Much of the “end of the world” anxiety that fuels the film can still be felt today. It has Peter Sellers and George C Scott at their finest. The scene with Sellers on the phone with the Soviet Premier especially will leave you in stitches.

David Cronenberg said if he were to do a true adaptation of Naked Lunch, it would cost 400 million dollars, and be banned in virtually every country, so instead he made the version we have today. This cult movie is a sort of metafiction, in that it doesn’t directly adapt the source material, but it depicts William S. Burroughs writing the novel. It is also heavily based on Burroughs personal life.

The scene in which the main character, Bill, drunkenly shoots and kills his wife in a game of William Tell actually happened. That scene is monumental with regards to understanding Burroughs’ life, as he says he would have never started his writing career otherwise. The movie is very surreal and strange in the way only Cronenberg can be, and through his lens, it has a conversation with the troubled and brilliant artist, and portrays his self-loathing in a disturbing, yet honest and impactful way.

This anti-adaptation is “based on” Susan Orlean’s The Orchid Thief, a book, which the central character, Charlie Kaufman (also the screenwriter) repeatedly says throughout the movie is bereft of conflict, story, or change, and is simply “a book about flowers”.

Charlie Kaufman co-wrote the script with his identical twin brother Donald, who, does not exist, yet still received an Oscar nomination for his work, becoming the only fictional character to do so, so kudos to him. Nicolas Cage portrays both brothers brilliantly in what might be his most tender and honest performance to date.

The film is very touching and down to earth, as is expected from Kaufman, as he is not afraid to show the world his flaws and neuroses. It also deconstructs his writing process, looking at writing and learning how to write from all sorts of angles. Charlie believes that writers should write with their gut, while Donald thinks they should learn the so-called “rules”, and they both hold true.

The film is chock full of irony, such as the fact that the movie constantly uses voice-over narration, and then Brian Cox has a big moment saying “God help you if you use voice-over narration!” Ultimately, the take away is that if you’re learning to write, the best way to do it is to know the conventions so that you can play with them, and Kaufman is one the finest examples of this in the history of film.

5. There Will be Blood

Aside from both being about the oil industry, both being set in California in the early 20th century, and both ending with someone getting bludgeoned to death, the similarities between Upton Sinclair’s Oil! and Paul Thomas Anderson’s There Will be Blood are very few and far between.

Anderson didn’t initially want to adapt Oil! Instead, he was trying to write a script about two feuding families set during the early days of the oil industry, but it was going nowhere. So, he stumbled across Oil!, and decided to adapt it instead, but the script wound up being vastly different from its acclaimed novel anyway, and so we were left with Anderson’s merciless, darkly comic magnum opus.

Not only did the title change, but so did all the characters names: James Arnold Ross in the book instead of Daniel Plainview, James “Bunny” Arnold Ross Jr instead of H. W. Plainview, and so on. Oil! doesn’t even focus on the father character. Instead, he’s a supporting character with the son as the lead, and the movie does the opposite. Both are worth checking out, and once you see There Will be Blood, you’ll probably be craving a nice milkshake after.