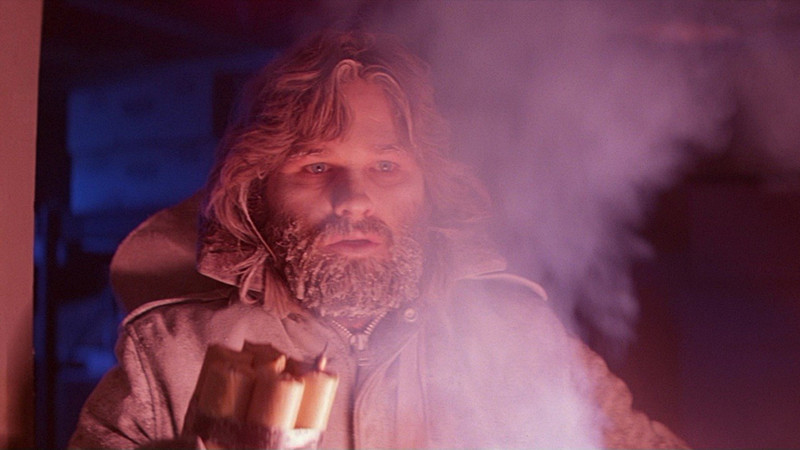 The word ‘remake’ gets a general knee-jerk reaction of scorn and sighing from movie buffs worldwide. It’s a fully valid reaction since it’s easily the laziest form of filmmaking, essentially skipping the process of creating something new by simply rehashing something old.

Still, that’s no reason that a remake cannot surpass its originator, and on a handful of rare occasions, exactly that has occurred. So without further ado, let’s champion those rare examples.

Original: The French comedy “La Totale!” (1991) was a homegrown hit with a clever premise – a boring middle-class family-man (Thierry Lhermitte) is secretly the world’s most dangerous spy agent. This cute idea gave the film strong legs but its limited mainstream Gaelic appeal and ho-hum budget hampered its stronger ambitions.

Remake: You couldn’t have a more surefire combination for box office annihilation in the early 90s than Arnold Schwarzenegger and James Cameron, so to say that the budget for the duo’s remake was colossal is an understatement, with it going bigger and bigger in every facet.

The film cleaned up at the box office as another smash hit notch on their belts, but critics were also surprised by the clever plotting and ‘marital woes’ comedy as well.

Why Superior? All the strengths of “La Totale!” (smart premise, comedy of relationship errors, turning James Bond on its head) got carried over to the Cameron movie and worked excellently (especially Bill Paxton’s low-rent Lothario), yet all of its weaknesses (low budget, lame action, limited appeal) were highly improved upon.

Arnie and his leading lady Jamie Lee Curtis showed great chemistry and made the romantic and comedic elements mesh well with the big budget bombast. It’s not high art, but it’s definitely the megastar director’s most unabashedly fun movie.

Original: Don Siegel’s 1956 original is one of the smartest genre shockers made, set in small-town middle America and featuring an intense, sweaty lead performance by Kevin McCarthy. It cleverly examined the communism scare that was sweeping America at the time, relishing in the paranoia that your neighbor could be your enemy whilst equally scathing to those who instigate the mania, and it’s one of the strongest B-movies from that period and for good reason.

Remake: The original has been remade several times over – its concept of pod people finding their footing with different metaphors in alternative eras, yet none were as successful as Philip Kaufman’s late 70’s effort – and was the first and best retread. Superposing events to the big city and focusing on the material thirst and the mass brainwashing happening during that period, it handsomely stood next to the original as a clever example of the genre.

Why Superior? There’s no arguing that Siegel’s original is a rough-edged classic, but Kaufman and writer W.D. Richter’s retread is superior in achieving what most remakes can only dream of – lovingly paying tribute to the original while expanding and elaborating on its themes and scenarios to superior levels. Kaufman’s gritty style adds a new flavor to proceedings, and the switch from small town claustrophobia to the big city surprisingly makes the scenario more relentless and isolating.

Add to that an compellingly offbeat lead in Donald Sutherland and a rare villainous turn from Leonard Nimoy, and you have the best version of Jack Finney’s novel to date.

Original: The 1969 adaptation of the Charles Portis novel is a well-regarded semi-classic seen as the last hurrah for cinema hero John Wayne. Wayne took on the mantel of eye-patched bounty hunter Rooster Cogburn, a rare occasion where the actor fully disappeared into his character, and the gruff yet lovable result stands as one of his most iconic roles, resulting in him walking away with an Oscar and a Golden Globe for his trouble.

Remake: Jeff Bridges filled the large shoes of Cogburn under the commands of his “Big Lebowski” compatriots – the Coen Brothers, who were in the director’s chair. The Coens’ otherwise ‘midas touch’ had faltered with an earlier remake (2004’s “The Ladykillers”), so their retreat into older material was a mild concern. However, it resulted in a solid crowd-pleaser and their most straightforward commercial piece that proudly stood on its own two feet.

Why Superior? There’s no doubt that the Wayne original has plenty of lovable attributes – old pro Henry Hathaway’s directing, Wayne’s scene stealer, and the rip-roaring adventurous tone – yet the Coens’ approach greatly elevates the material past being an old-fashioned genre piece and into a great movie.

The Coens stay their usual eccentricities and play it close to the book, and amazingly, Pottis’ colorful characters and snappy dialogue fit the duo’s style like hand-in-glove. Also, their approach to the ‘old west’ is dirty and naturalistic with a prevalent bleak and haunting tone regardless of the immense fun that is had. Both films are cut from the same cloth, but the Coens’ trademark touch with the material has it resulting in the better movie.

Original: The original caper was the ultimate ‘Rat Pack’ movie with the whole gang (Frank Sinatra, Dean Martin, Sammy Davis Jr., etc) all together for the first time on screen for a breezy heist comedy. Directed by prestige filmmaker Lewis Milestone, it’s enjoyable to see the group hang out and riff off each other, but for the most it didn’t add up to much, making it a film that was probably a blast to make but not as fun to watch.

Remake: Indie darling Steven Soderbergh had a string of respected and acclaimed movies, but none of them broke the bank, despite sweeping the awards. Then he realized he could riff on Sinatra’s formula and gather all his A-list friends (George Clooney, Brad Pitt, Julia Roberts, etc) and put them together in one enjoyable romp. It was an all-star feast at the box office that launched a successful franchise that helped balance the financial books of Soderbergh and Clooney, as they risked more adventurous projects on the side.

Why Superior? Clooney and co’s take on the material was an ultra-cool blast to watch – sure, it seemed like it was all a good excuse for the cast to hang out and get paid, but unlike the original (and the sequels), they also gave a damn about creating a slick, involved heist movie with a handful of colorful and arresting characters.

This was also Soderbergh’s most polished style exercise, perfectly complemented by regular collaborator David Holmes’ smooth score and the lush photography of Las Vegas. It all sums up to a flawlessly tasty watch that elevated the original material high above its predecessor.

Original: In the early 20s, “Ben-Hur: A Tale of Jesus Christ” had already been a successful novel and stage play – the young medium of film seemed like the natural next step.

MGM pulled no stops in its lavish production that quickly became the most expensive film of the silent era. The results show, though, that with beautiful production value and location work, it was unanimously praised at cinemas with its chariot-race finale, helping revolutionize film editing.

Remake: After the enormous success Charlton Heston had from remaking “The Ten Commandments” (1956) – another religious/historical former silent picture – the untouchable star decided to turn his attention over to “Ben-Hur”. Veteran director William Wyler (who worked as an assistant director on the silent version), known for his solid dramatic work, stepped in to the director’s chair and the result was a colossal success, and pretty much resulted in what many consider the cream-of-the-crop of 50’s historical epics.

Why Superior? The silent original, whilst well-regarded in its heyday, is surpassed with the high budget, bombastic production value Heston’s film gave.

Regardless of its daunting length and Sunday school overtones, it’s a breathtaking example of the kind of high-quality blockbuster cinema they don’t make like they used to, with a stellar chariot-race finale that surpassed its original and still holds up as intense cinema to this day. It’s a testament that the recent 2016 retread, with all its modern bells and whistles, could not even mildly outshine this late 50’s classic.