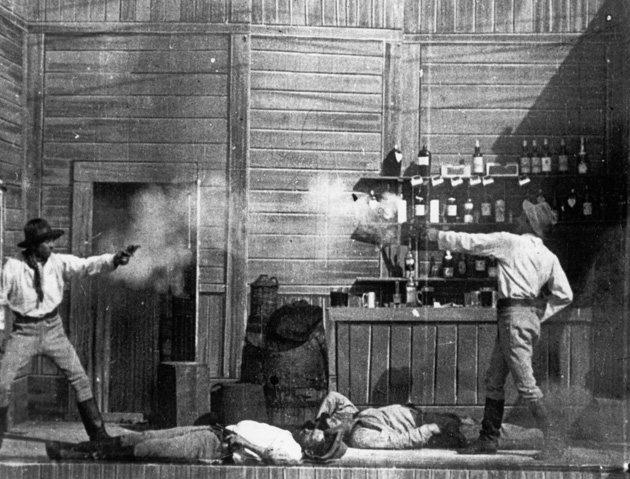 This is perhaps the greatest loss on this list in terms of historical value. Australian director Charles Tait’s 1907 feature film The Story Of The Kelly Gang was the first of it’s kind – the world’s first feature length film.

The film chronicled the exploits a nineteenth century Australian outlaw and gunfighter named Ned Kelly with an original running time was over an hour, an unheard of feat in narrative filmmaking for the time. It would be several years before other countries jumped on the feature bandwagon.

Though the film has long been lost, there happens to be hope for this case. In recent the decades, key fragments of the film have been discovered. Currently there is some seventeen minutes of footage that has been restored, including scenes from the climactic finale. 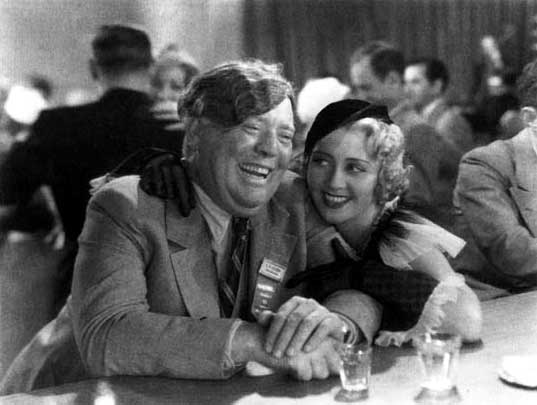 Here is a case to infuriate your nerves. Archie Mayo’s 1933 film Convention City is a film that should never have been lost.  Instead, all copies were ordered to be destroyed due to it’s racy content – a victim of the on coming production code.

According to those who saw the film, it was one of the earliest, and frankest, sex comedies. Reviews of the film chastised it for its amorality, especially when it came to drinking and lechery. After it’s theatrical run, Warners attempted to clean it up and rerelease it, but the Hays office said it was beyond saving and Warners ordered all the prints destroyed.

There have been rumors since the 1950’s that some prints did survive, yet none have yet surfaced. The original screenplay does still exist and remains the only clue to what this film could have been. What we do know is that it was extreme enough to make Hollywood producers begin to enforce a decency code that lasted for decades and sanitized American cinema. How could you not want to see that?. 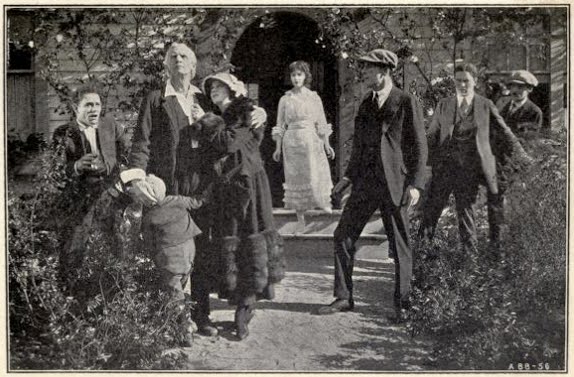 Breakout performances are always cherished by lovers of film. There is nothing quite like watching a star being born before your eyes. One of Hollywood’s greatest stars, and first real character actor stars, was Lon Chaney. The true tragedy of his legacy is the fact that his breakout performance, the one that made him a super star, is lost forever.

Thankfully, two sequences still exist from the 1919 film The Miracle Man. One of them is one of Chaney’s greatest performances. The film deals with a group of crooks who attempt to coerce a faith healer into a swindling a small northern town. At a gathering in the town, when the healer attempts to show his powers, Chaney pretends to be a cripple who is healed by the man. Chaney crawls to the man and miraculous contorts his limbs and stands, then walks.

It is one of his greatest feats of physical acting. Suddenly, a unexpected moment occurs. A boy who is really crippled drops his crutches and begins to walk, then run to the healer. A real miracle has occurred. Chaney watches with stunned horror as the boy hugs the man of faith.

It was the great scene of the film and it was preserved for posterity in Paramount’s 1935 documentary Movie Memories, which thankfully survives. Unfortunately, we can only speculate as to how good the rest of the film was. Based upon this one surviving sequence, it’s safe to say it was probably a masterpiece. 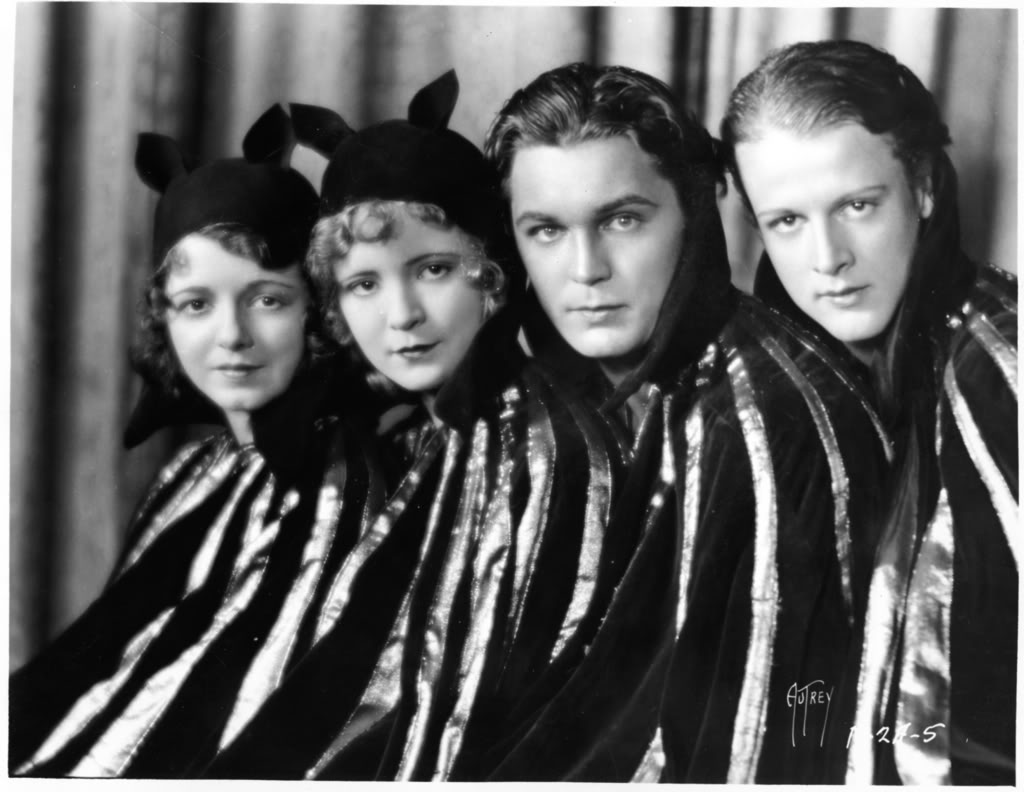 F. W. Muranu is one of cinemas greatest artists. His films are all masterclasses in technique and storytelling. After making three of Weimar cinema’s seminal films – Nosferatu, The Last Laugh, and Faust – he came to America and made the greatest Hollywood silent film ever produced, Sunrise. His follow-up to that, 4 Devils, was said to be it’s equal. Unfortunately for us, we will never know.

4 Devils remains the only one of Murnau’s great films to be lost. His two remaining Hollywood pictures – City Girl and Tabu – have been loving restored in recent years and have proven to be revelations. This can especially be said of City Girl, a film that was not a hit with critics or audiences at the time, but is as beautiful and heartwarming a tale as Sunrise.

The story of 4 Devils concerns four orphans who become a circus high wire act. The film spends a lot of time dealing with the seedy underbelly of the big tent shows. Mordant Hall’s review for the New York Times says it best. “This new pictorial effort from the director who gave to the screen “The Last Laugh,” “Sunrise” and other distinguished photoplays held the audience from the moment the face of a painted clown appeared to the final fade-out.

It sent one away feeling that the characters were real, that the humor was natural and that the pathetic events occur in everyday life. And, not only are the players handled with unrivaled skill, but the photography is soft and seductive, calling attention subtly to the realism and art that pass in turn before the onlooker.”

Reviews like this and others all draw attention to many of the elements that make all of Murnau’s pictures so glorious. It can only be assumed that 4 Devils was as amazing as everything else produced by this master. 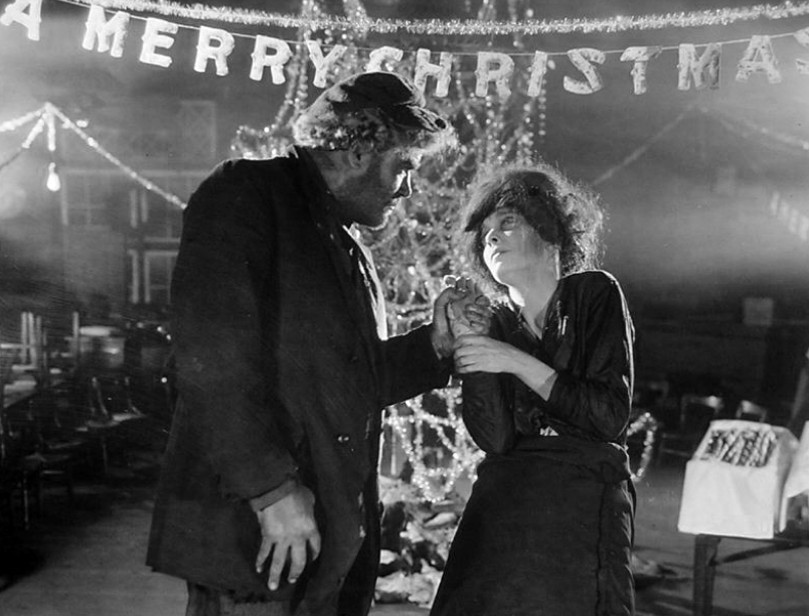 The original eight hour cut of Erich Von Stroheim’s Greed is the great white whale of lost films. It’s infamy almost assures that it needs no introduction. Ask any red blooded cinema buff what is the one lost movie they long to see, chances are you’ll hear Greed.

According the hand full of people who were granted access to a personal screening in 1924, they witnessed the greatest film ever made. Even after Irving Thalberg order Von Stroheim cut the film from 42 reels to 24, it still made people believe they had seen true greatness. Sadly, these missing scenes were all lost.

After the first cuts, Thalberg order Von Stroheim to again cut the film in half. It was this version of the film, running a little over two hours, that was released theatrically and survives to this day. Though many of the most powerful sequences remained, there were clear plot holes that made the film not work as a whole. It was obviously just the shadow of former greatness.

In the late 1990’s, Turner Classic Movies did a restoration of Greed, filling in key gaps with recently discovered stills. This four hour cut is available today, and does help us understand much of what was cut from the original.

While Von Stroheim was filming, he reportedly did not use a script. Instead, he filmed every page of Frank Norris’s book. Because of this method, the cut sequences of McTeague’s early years really hurt the final film, as do all the scenes with the different characters who live around McTeague.

Legends abound of copies existing throughout the world. Von Stroheim himself said that Benito Mussolini held a copy of the director’s cut. So far, no copies have turned up. It is possible that one day we will find this holy grail, but until then someone needs to restore what we have, scan it in 4K and get it on the market. Erich Von Stroheim is poorly represented in high definition and it is a crying shame.