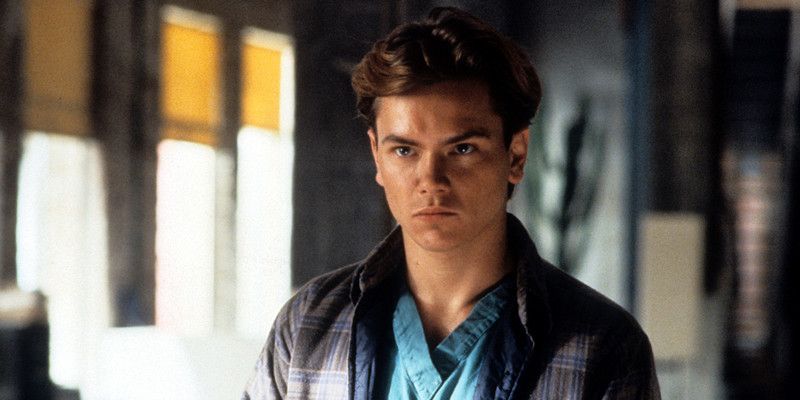 Creative differences, development hell, and studio heads getting cold feet are all normal and expected occurrences in Hollywood. Sadly, it has resulted in enticing projects never getting off the ground, too many to be honest; in fact, there are several informative lists on this site already dedicated to them.

Yet, what happens when an intriguing project has filmed and completed production, but is then never released? It’s a rare occurrence, but one that has happened a handful of times for strange reasons. Let’s delve through the top choices of those lost films that never got their proper due… 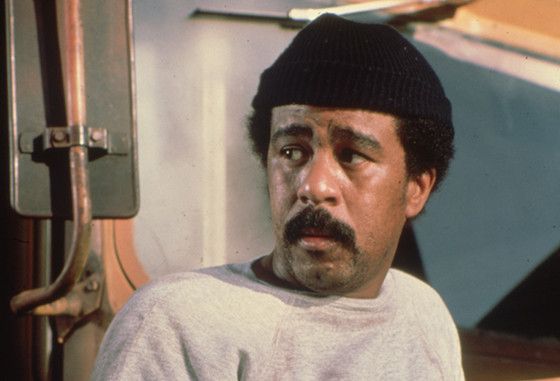 The Film in Question: Penelope Spheeris went on to enjoy a solid career as the director of “The Decline of Western Civilization” (1981) and “Wayne’s World” (1992), but back in the late 60s she was subject to one of the worst experiences a young filmmaker could imagine.

While still a film student, she managed to land a job directing the hugely successful comedian, Richard Pryor, in his personal passion project “Uncle Tom’s Fairy Tales”, a scathing satire where a rich white man is put on trial by the Black Panthers for raping a black woman. With the film completed after a three month shoot and a rough edit assembled, things went decidedly pear shaped shortly afterward.

What Happened? This is where things get weird. Spheeris screened a rough cut at Pryor’s house, then a marital tiff between the comedian and his then wife (Shelly Bonis) blew up, with the spouse accusing Pryor of dedicating all his time and energy to the movie and not to his marriage. In a fitful rage, Pryor grabbed the negative (the only existing copy) and shredded it to pieces.

The devastated director attempted to splice her debut film together after her arduous work, which only kind of helped (supposedly the negative could hardly stay in the projector when played), with the result supposedly ruined forever.

Is It Really Lost? The original version will always be lost, but the sliced and diced version might still be floating around, although several conflicting reports have led to confusion about who actually has it.

Supposedly, Bill Cosby (Pryor’s biggest rival at the time) bought it to keep it off the market. Yet, in 2005, at a Pryor retrospective, scenes from the actual movie were shown for the first time for the Director’s Guild of America. It turned out that Pryor had kept the negative and given the resulting film to the Academy of Motion Pictures and Sciences.

Yet, after the actor’s death, Jennifer Lee-Pryor (the comedian’s seventh and final wife) kicked up a large lawsuit stink that is still pending and has successfully prevented the film from ever being shown.

Was it Supposed To Be Any Good? Who knows? What little we know about the film definitely sounds intriguing, especially for a rare chance to see Pryor displaying his dramatic chops and personal political agenda. Yet, to this day, only Spheeris (and maybe Bill Cosby) could answer the question about how watchable the film actually was. Maybe one day, this lawsuit can be sorted out and the general public can delve into this intriguing and bizarre piece of film history – fingers crossed.

The Film in Question: Back in the early 90s, Leonardo DiCaprio and Tobey Maguire were part of a crew tastefully called the ‘Pussy Posse’ (Kevin Connelly and David Blaine were also members). One doesn’t need a colorful imagination to decipher what the gangs priorities were, but coincidentally they also were all determined to make it big in Hollywood.

A couple of honorary (less famous) members spitballed the concept of making a heavily improvised ensemble piece based on their hangouts and exploits. Oh, and being a 90’s indie movie, it would, of course, be filmed in ultra stylish black-and-white. Posse member R. D. Robb directed whilst DiCaprio and the others agreed to star.

What Happened? With the film being a self-financed, unofficial type of deal, it quickly fell into the background as DiCaprio and Maguire (and to a lesser extent Connelly) broke through into the industry. Suddenly, in 1998, the producer of the movie filed a lawsuit against Maguire and DiCaprio for preventing the film from getting a proper release.

It came out that the producer’s worries were valid, since the stars were embarrassed by the film’s “unflattering nature.” Everyone eventually settled, with the agreement that the producers never release the film in the United States or California.

Is It Really Lost? It was briefly made available on Region 2 DVD a few random times before copies dried up and it faded into obscurity – making it only a weird footnote in famous actors’ filmographies. Coincidentally (or not at all, actually), in 2016, after DiCaprio’s Oscar win for “The Revenant”, the producers attempted to release the film for streaming, completely free of charge on their own improved website. DiCaprio and Maguire took legal action and prevented it in one full swoop.

Was it Supposed To Be Any Good? As a feasible movie, not really. It’s a meandering, directionless chore that apes early Cassavetes, yet without the purpose or grit. Yet, as a fascinating curio into soon-to-be famous actors delivering unfiltered, ego-free performances – especially in the case of DiCaprio – it makes for a fascinating watch. He displays a carefree bravado not found otherwise in his carefully planned career trajectory. 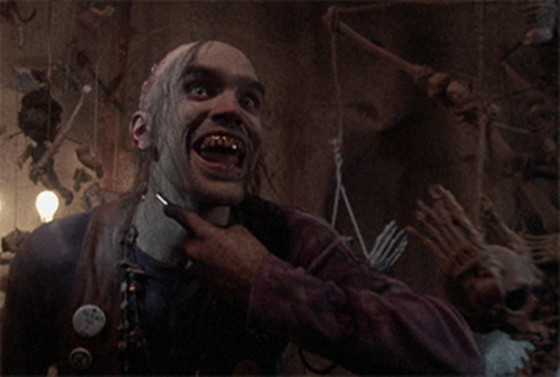 The Film in Question: Back in 2000, William Hooper (son of Tobe) concocted the idea of making a sequel/prequel to his father’s 1974 horror classic “The Texas Chainsaw Massacre”. The gripping idea would directly follow up the bug-nuts conclusion of “The Texas Chainsaw Massacre 2”, with Sawyer family member Chop Top (Bill Moseley, reprising his iconic role) being captured and placed in a mental asylum. From there, he would chart via interview the family’s sordid past history, in a grisly flashback tale.

What Happened? Original conceived as a 15-minute short, it began to attract a large horror pedigree due to Hooper’s industry connections. Moseley starred and Buckethead created the score, with it expanding into a 60-minute feature. It was filmed and completed, with even a trailer posted in the early days of the Internet. Yet, the product was hit with a truckload of legal litigation, which landed it a no-contest ban, preventing it from ever being released in any form, even in the free streaming variety.

Is It Really Lost? Surprisingly, yes. Despite there being a completed version, and with this day-and-age of Internet leaks, it’s never ended up randomly online for streaming – most likely due to the financial hellstorm that would engulf Hooper if it were ever to be released. Still, adamant horror fans have kept their fingers crossed, and there have been recent murmurings from its Patreon page that it might finally see the light of day… soonish.

Was it Supposed To Be Any Good? There’s no possible verdict in that area. The premise is intriguing for fans of the franchise, and Moseley back as Chop Top is always a good thing, but judging from the released trailer, the results seem to be fairly disappointing.

We have no way of knowing if Hooper has the skills to back up the premise, especially since this was filmed on the cheap 17 years ago on (then) high-definition video. One thing is certain – its infamous reputation will at least have the horror buffs checking in for a watch, if/when it gets released one day. 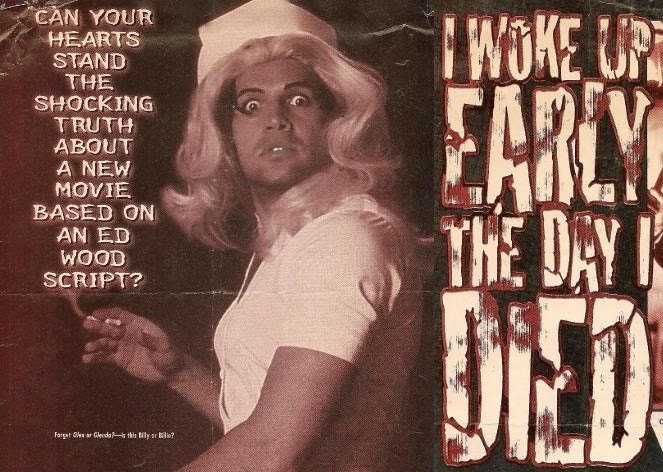 The Film in Question: The Orson Welles of terrible cinema – Edward J. Wood – received a brief renaissance in the late 90s due to Tim Burton’s masterpiece biopic/homage “Ed Wood” (1994). One of Wood’s completed yet unproduced scripts (left after his passing) was an eccentric take on the noir/thriller genre.

It was picked up by part-time actor Aris Iliopulos to make into his feature film debut with this ambitious indie (featuring zero dialogue) that proposed to homage the deceased director’s slanted charm. The film churned up some buzz and a killer cast full of Wood regulars, intriguing character actors (Christina Ricci, Ron Perlman, Bud Cort), and Billy Zane as the lead, who had just enjoyed a giant win with his turn in “Titanic” (1997).

What Happened? Well, once it played the festival circuit, to be frank, the critics tore the film a new one. The film was an acquired taste, but that flavor never found its audience and it found itself without a distributor when all was said and done. Add to that, legal troubles reared their ugly heads and the film had a fork stuck in it for an indefinite amount of time.

Is It Really Lost? Not completely. The production company that financed it managed to release a European VHS back in the 90s, but since then it’s been without a home, only popping up on randomly on the Internet (rumored that it was done at the filmmaker’s behest) before being taken down. In 2016, however, murmurings have arisen that it might finally get a proper VOD release.

Was it Supposed To Be Any Good? As said before, it was an ambitious venture, with zero dialogue and a cast of interesting actors replicating Wood’s unique stylings via pantomime – it was always an idea that had its work cut out for it.

It’s not badly directed by any means, but its sole ambition is to be eccentric for the sake of being eccentric, and a 90-minute length makes the concept unbearable after the first 30 minutes (which would’ve been a more effective length), regardless of the game talent it attracted. Over the years, though, it’s gained a worthy cult reputation, and you certainly have to give the film credit for attempting something unique, even if it fails at it. 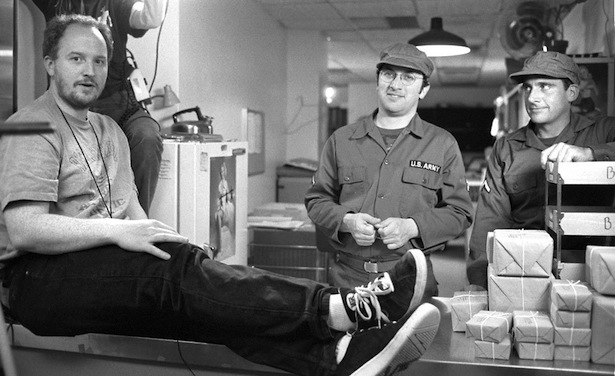 The Film in Question: During the tail-end of the 90’s indie explosion, a young writer for “The Chris Rock Show” managed to save up enough money to direct his own eccentric, oddball feature debut, and even managed to have it screen at the Sundance Film Festival. That man was the one and only Louis C.K., who now enjoys a respectable and prosperous career, yet unfortunately the fate of his first movie wasn’t as lucky.

What Happened? Well, after several headache-inducing hiccups during production on the already micro-production, including running out of money midway through (which C.K. managed then to get help from industry friends Chris Rock and Dennis Leary, amongst others).

The film managed to get into Sundance, the pinnacle spot for indies to get bought up by the money men. Yet, when the film screened, it was lukewarmly received and gained absolutely zero buzz, with no one willing to buy it up for distribution. C.K. returned to New York with his tail between his legs and moved on to greener pastures over time.

Is It Really Lost? Not anymore. Back in 2014, C.K. posted the movie up for streaming on his website, letting people finally have their first gander at his insanely offbeat debut.

Was it Supposed To Be Any Good? For curious fans of C.K. and his TV show “Louie”, it’s definitely worth a watch. The unpredictable comedy and colorful characters are in full form, with several supporting players from the show (including Nick DiPaolo and Todd Barry) present in small roles.

Still, it’s a rough-edged product for sure, and unlike the comedian’s later work, any form of pathos and connection to the characters are missing, feeling more like a series of off-kilter yet amusing sketches that are haphazardly glued together as a story.