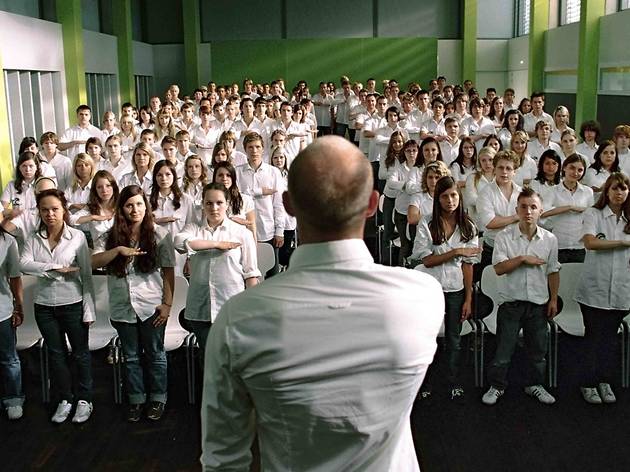 Compiling a list of overlooked foreign thrillers was a difficult task, simply because there are so many good ones. Represented here are ten carefully chosen, exceptional examples of the genre, each from a different area of the globe. 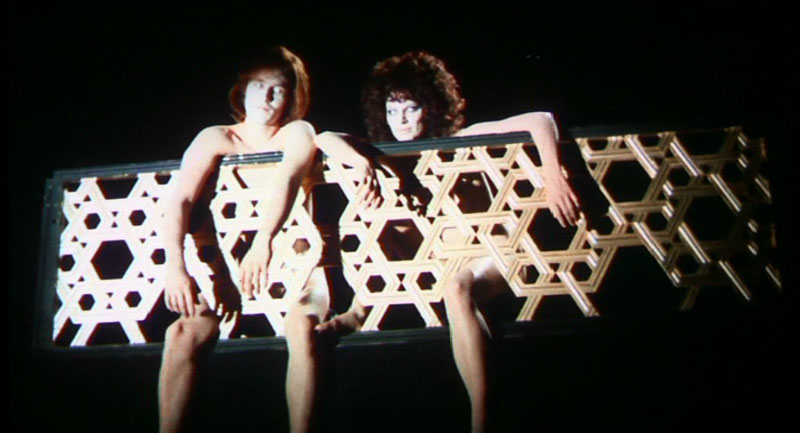 Lucio Fulci was an Italian filmmaker who rose to international fame in the early 80’s with gory horror epics like The Beyond, The New York Ripper, and Zombie. Throughout his career, which spanned more than half a century, Fulci directed over fifty films that covered a wide variety of genres: comedy, drama, western, and several energetic thrillers, the most successful of which being 1971’s Lizard in a Woman’s Skin.

Very much a product of its time, Lizard deals with themes of sexual liberation, psychedelic drugs, and psychoanalysis in telling the tale of a young woman who dreams she’s committed a murder, waking to find it has actually taken place. It’s a colorful, kaleidoscopic head trip, sometimes hokey but never dull.

The real strength of the film lies in its non-stop barrage of bizarre imagery; as with much of Fulci’s horror output, Lizard is chock full of nightmarish set pieces (and a few splashes of his trademark gore), but it also boasts a fairly coherent plot and stronger-than-usual acting. The bass-heavy acid jazz soundtrack from Ennio Morricone is a welcome addition, and makeup genius Carlo Rambaldi (E.T.) provided effects work.

One horrifying scene involves several dissected canines, and the fake dogs look astoundingly real: so realistic, in fact, that Rambaldi and Fulci had to go to court to prove the sequence was staged. Lucio Fulci was a profoundly under-appreciated artist in his lifetime and remains so today, and Lizard in a Woman’s Skin is one of his strongest pictures. Artful exploitation of the highest order. 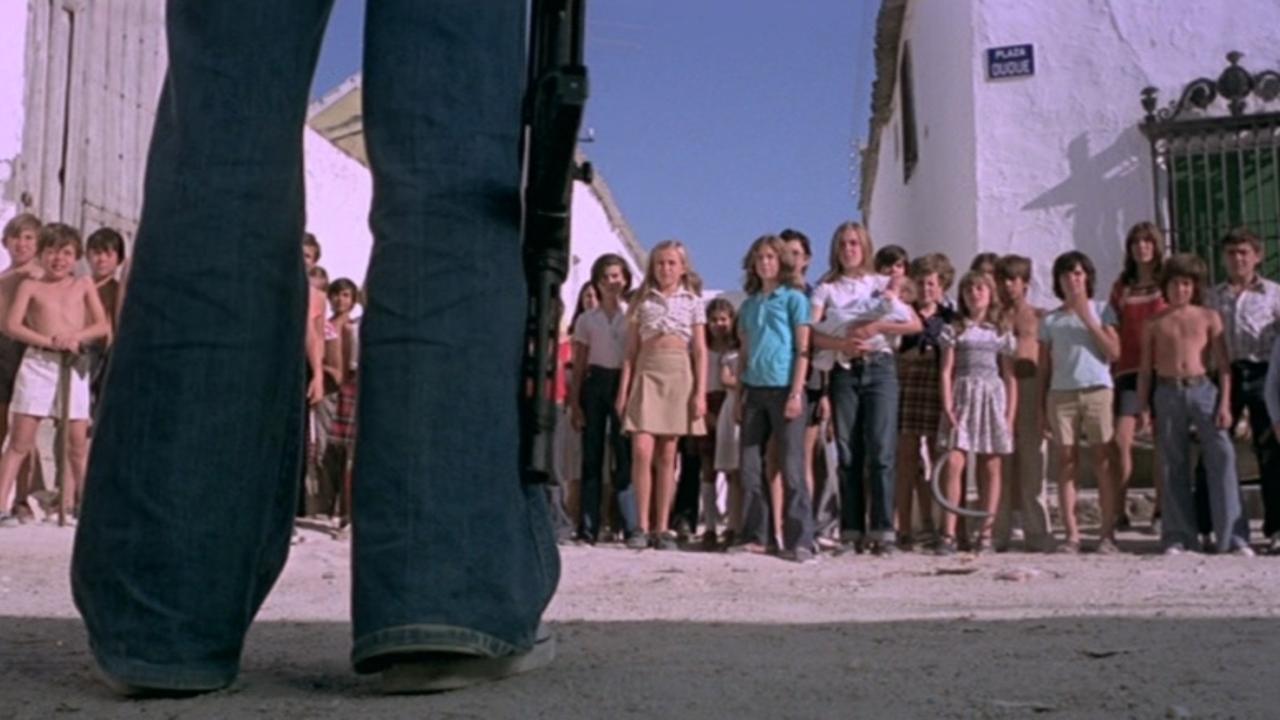 Who Can Kill a Child? is grim business, as evidenced by its opening title sequence: a montage of horrifying documentary footage depicting the effects of war on children. This sets quite a precedent for the film that follows, which depicts two English tourists in Spain who arrive on an island that appears to be inhabited entirely by adolescents.

Slowly it becomes clear that these youths have murdered all the adults, and are positively delighted with the prospect of eliminating two more. Beautifully shot and quietly menacing, Who Can Kill a Child? avoids typical genre conventions and goes for something more primal. It lays its cards on the table slowly and carefully, allowing for the grislier moments to land with a resounding impact.

The suspense is unbearable at times, nerve-wracking, and always well earned; the film keeps you on the edge of your seat with whispers, shadows, footsteps, a ringing telephone. Menacing kids are difficult to pull off on the screen, but the dead-eyed, giggling children of this film pose a very convincing threat, silently communicating amongst each other and brandishing sharp farm instruments.

Unavailable in any format for years, Dark Sky films finally released this unsung masterpiece on DVD in 2007, and it’s in dire need of a larger audience. Fair warning: if you have a strong opposition to on-screen violence involving youngsters, this is one you’ll want to avoid. Who Can Kill a Child? doesn’t mess around. 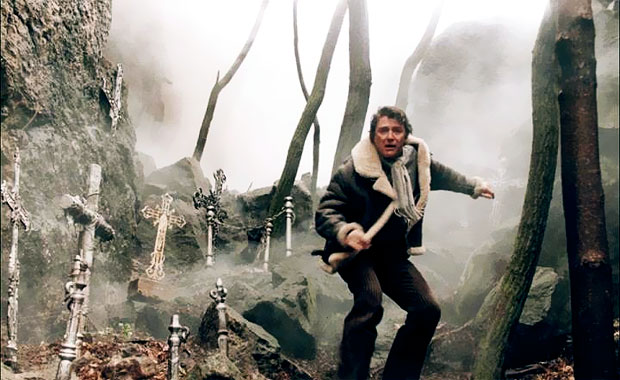 Since the early 60’s, French filmmaker Jean-Pierre Mocky has made roughly one film per year, often writing, directing, and acting in his projects. I’m technically cheating by including Litan here, which is as much a horror film as it is a thriller, but this criminally overlooked sleeper defies easy categorization.

Extremely surreal, Litan is set in the titular town, rustic and permanently cloaked in impenetrable fog. A young married couple arrives in Litan during some kind of religious festival, and to say the residents behave unusually is a gross understatement. Something is very wrong in this community, and exactly what remains a mystery: Litan is like a filmed nightmare, defying logic and standard plotting, a film that requires total surrender from its audience.

Knife-wielding masked hoodlums, a series of bizarre murders, a hospital that looks like a death chamber, some kind of spiritual energy in the water, vehicular slaughter, cemeteries, underground cave systems, industrial factories… this movie never ceases to amaze and fascinate, even if you don’t necessarily know what’s going on.

Litan is, above all, entertaining, manages to completely avoid sluggish artsy pretentiousness. It always provides something interesting for you to look at, listen to, think about; the pace never flags and every single frame is eye-catching.

Mocky is a virtually egoless artist, preferring to remain in obscurity. Most of his films don’t see any kind of wide release, and he’s content to screen them only for friends and family at his personal theater in Paris. If Litan is any indication, the world at large is missing out on some fantastic movies.

An Austrian film, Angst was released over three decades ago but still retains its power. The first and only directorial effort from Gerald Kargl, it follows an unnamed mental patient, institutionalized in 1973 for murdering an elderly woman, who is prematurely released.

Upon reaching proper society, his compulsion to kill re-emerges and the man embarks on a spree of violence, eventually happening upon a secluded country farmhouse (where the bulk of Angst takes place). He enters the home and terrorizes its inhabitants, slowly and deliberately, using them to fulfill his grotesque fantasies. Angst is a tough, unflinchingly brutal watch, claustrophobic and infused with a pervasive atmosphere of dread.

The events are seen entirely from the psychopath’s point-of-view, and Kargl was steadfast and uncompromising in this approach: the victims don’t behave the way one would expect, places and objects feel superficial, everything is distorted. The whole world seems unfamiliar, as we are viewing it through the eyes of a genuine maniac. Few movies capture this schizophrenic mindset as accurately (Lodge Kerrigan’s Clean, Shaven comes to mind), and none go about it as relentlessly.

French director Gaspar Noe is an outspoken fan of the film, exclaiming, “It’s the best psycho-killer movie I’ve ever seen. It and 2001: A Space Odyssey are the two films I’ve seen most in my life”. Running a brief 85 minutes, Angst is a bold work of art, difficult but hugely rewarding. Former Tangerine Dream member Klaus Schulze contributed an icy synth score that suits the material well; Michael Mann lifted a cue for his 1986 classic Manhunter. 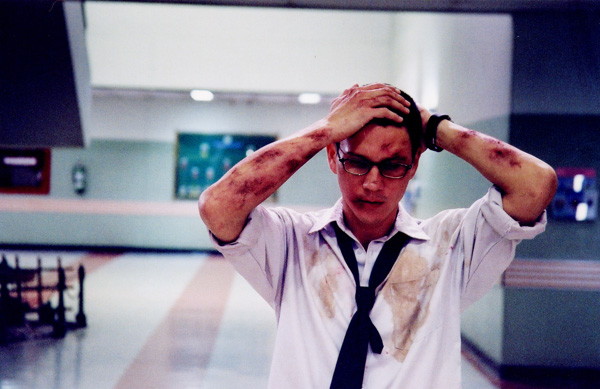 13 Beloved (a.k.a. 13: Game of Death) was remade in America as the woefully inferior 13 Sins, and its easy to see why Harvey Weinstein snatched up the rights. The undeniably enticing plot involves a down on his luck schlub who agrees to perform a series of increasingly outlandish and dangerous tasks in order to win an ever-growing amount of money. These duties begin as minor humiliations, but quickly our put-upon protagonist has to compromise more than dignity.

As his bank account expands, his morality evaporates, until he’s putting himself and others through hell to accomplish each new task. First sweat, then tears, then blood, then bodies; things begin to get very messy, and 13 Beloved has an unexpected sense of humor to accompany all the mayhem. The attempts at comedy don’t always land, but there are a few memorable laughs to be had.

Make no mistake, however: 13 Beloved is pretty intense stuff, with an irresistible structure that leaves the viewer dying to see what’s in store for the hapless hero. It’s like a wicked grab bag, sometimes suspenseful, at other times disgusting, frequently exciting and consistently tense. The ending is a total knockout, an ambitious twist that actually works. You’ll never see it coming.