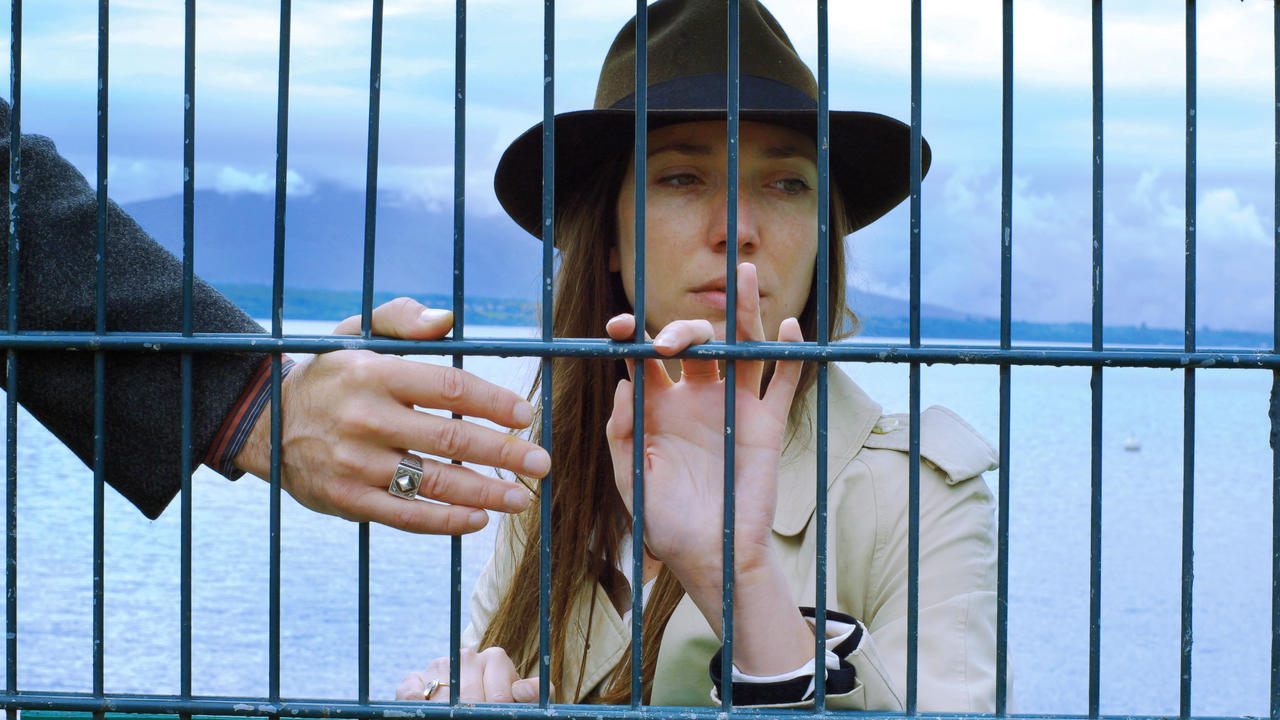 Cinema is stuck in a circle of conventions and forced and unforced nostalgia, and particularly fervent supporters of the analogic qualities of cinema have taken the digital revolution as something to be criticized.

What some people have missed is that the digital medium has a sort of punk attitude that represents the best chance at challenging the rules of cinema, rediscovering a more intimate nature, defying old codes of representation as well as the temporal and economical rules of cinema.

It is also the best medium to approach the society of the late 90s and the 2000s, where digital is slowly beginning to dominate every artistic, economical, and philosophical field. 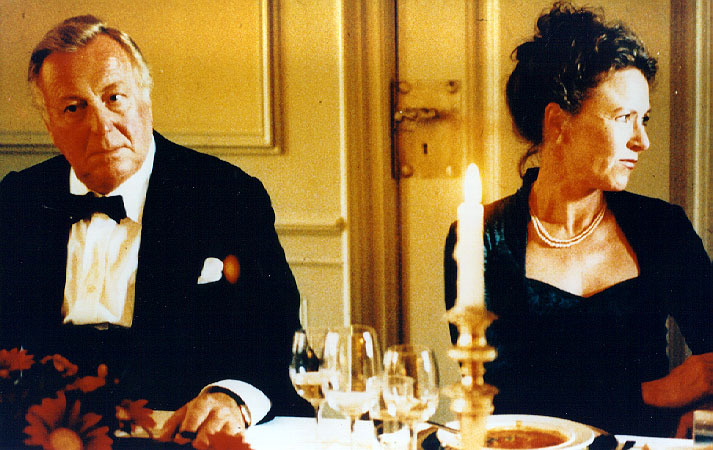 The movement of Dogme was an attempt, perhaps a partially failed attempt, at achieving a new level of purity in filmmaking by using the power of digital cinema. Perhaps it failed because it tried to give a set of rigid rules to a naturally ungovernable energy, such as digital cinema, but it produced at least a couple of great films.

The Sony DCR-PC3 Handycam does the job brilliantly in creating a twisted, insane, modified wedding video, with many infamous sequences, the most famous probably being the creepy rendition of the Danish children’s song “I have seen a real negro man”. The Dogme filmmakers were the equivalent of the 80’s industrial music movement – metallic, provocative and theatrical, the Throbbing Gristle of cinema. 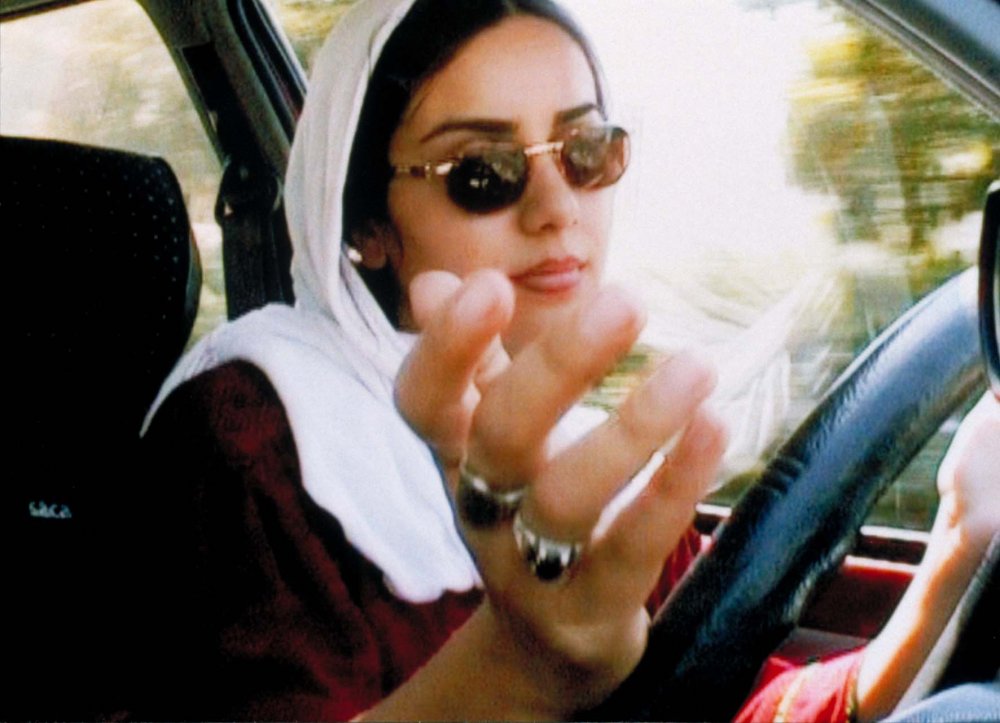 One of the most fascinating aspects of digital was the expansion of micro-cinema – films that are shot on extremely small budgets, in tight spaces, with minimal resources and minimalist aesthetics.

The current masters of this style would be Matias Pineiro and many avant-garde filmmakers, but in the late 80s, the 90s and early 00s, the Iranian cinematic new wave explored poetic minimalism with the best results. “Ten”, directed by Abbas Kiarostami, is entirely shot in a taxi. It’s a device that has been used many times in cinema; for example, in “Night on Earth”, in a hybrid form in “Collateral”, or using a car in “Locke”.

The unbelievable capacity of Kiarostami is that of transforming what would’ve looked like an amateurish home video under any other director. Instead, it’s a political, philosophical, and sociological statement about Iran. 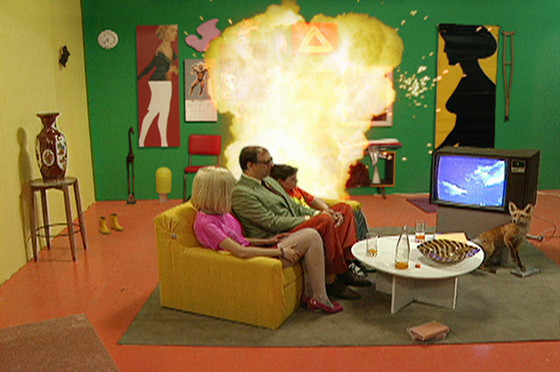 In the flood of images, visual pastiches, three-dimensional modeling and post-Internet aesthetics, the digital image lost a great part of its avant-garde possibilities by becoming a glorified version of some ordinarily recorded image.

Michael Snow utilizes digital images as an occasion for happy deconstructions and juvenile humor, and in doing so, implements some of the camerawork and stylistic choices that have characterized digital. One of them is the looping camerawork, the almost hypnotic repetition of the same movements and long takes, helped by light equipment and the possibilities of digital files.

Snow uses hyper-saturation and compression, shredding of images, and deformations of any kind, as an occasion for a Godardian exercise in deconstruction of the cinematic image.

At the same time, he engages in the use of multiple camera devices, surveillance cameras, computer screens, and televisions to penetrate the abstract nature of the digital as a nightmare from which no one can wake up. The result is incredibly kitsch, disorienting, and a reminder of what could be the unlimited possibilities of the digital medium, and at the same time, of its haunting devilish power.

Sokurov did it better, at least for what pertains to the quality of the film, and “Russian Ark” is definitely better than “Victoria”, but it’s a lot less “digital”. Sokurov’s camera floats in its celestial serenity, knows everything, and watches over as it detaches itself from what is on screen.

However, digital is a militant cinematic medium; it lives among the impurities and the noises, its movements are difficult and instinctive, and “Victoria” shows a plethora of digital techniques in order to tell an old story in a way that is visceral and stylistically daring.

If the analog sensibility recalls the ethereal and sacred nature of cinema, as it is perceivable in “Russian Ark”, the digital images of “Victoria” represent the fleshy and urban embodiment of cinema that comes down among mortals and mixes its blood with their blood.

The digital aesthetic of “Victoria” not only penetrates the intimacy of thought and modifies the temporal continuum of the film, but through its endless takes, and its exhaustingly claustrophobic and frantic camerawork, it makes us aware of the pounding heart of the film that emerges from the pure intensity of the visual ballet. 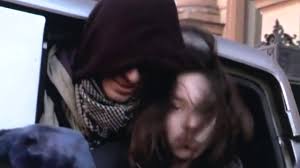 It has been said that the digital image has a punk sensibility, a militant nature, an unruly behavior, and no one exemplifies this sensibility better than American maverick James Benning. His film “The War” is particularly significant for its reflections on digital image itself within the context of digital cinema.

The series of videos by the female activist group “Voina”, which makes up the majority of the film, varies in degrees of visual quality and subversive power. There is no context to the actions and it is an invitation to the public to participate to the creation of the images, because that’s what digital cinema is about – a war of images in which realities collide, and in this case, the reality of cinema challenges the reality of Russia that is projected by the authorities.

In one of the videos, a girl shows up with a shirt that says “Art is resistance.” This, in a way, sums up the film. The new territory of digital cinema is a realm of many realities, equally defined and produced by a number of different sources, that fight a war of representation. A war that is omnipresent in the digital world.