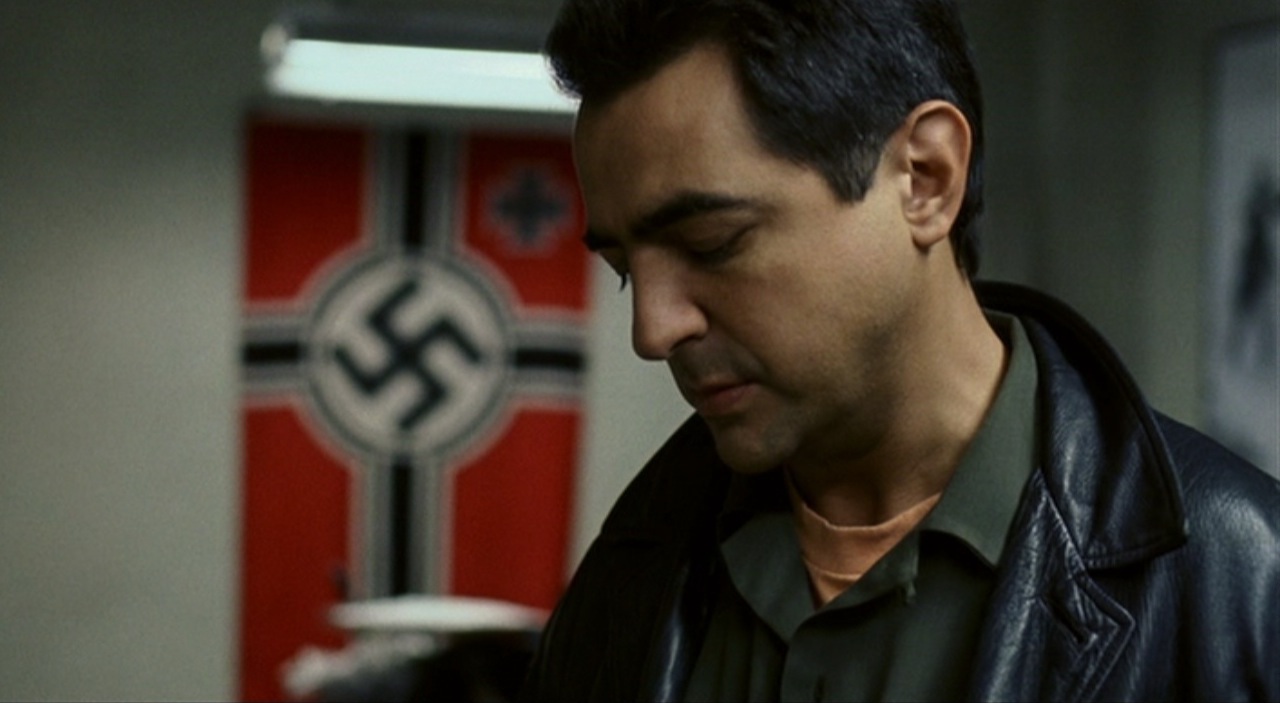 The 1990s is a period of great cinematic innovation. Filmmakers from around the world made some of the most critically acclaimed movies of all time. For example, Krzysztof Kieślowski’s Three Colors Trilogy (1993-1994), Quentin Tarantino’s Pulp Fiction (1994), or Wong Kar-Wai’s Happy Together (1997).

However, perhaps due to such numerous amount of great films, some 90s films are slipping out of the audience’s radar: they deserve more attention. This list aims to introduce these gems with diversity in mind. Some of the films are from France, some from the United States, others from Asia. Some made by great directors such as Jean-Luc Godard or Robert Altman or Hou Hsiao-hsien, others more obscure.

All of them exemplify the cinematic art’s fertile development, although in altogether diverse ways, in genres ranging from arthouse to crime thriller. In a sense, the 1990s is a golden age of world cinema, a time when great directors made their masterpieces.

Most of the films are entertaining, some are more challenging. They are all highly worthwhile aesthetic experiences, allowing the audience to travel, for a brief duration, into another time and place, to live the lives of another. 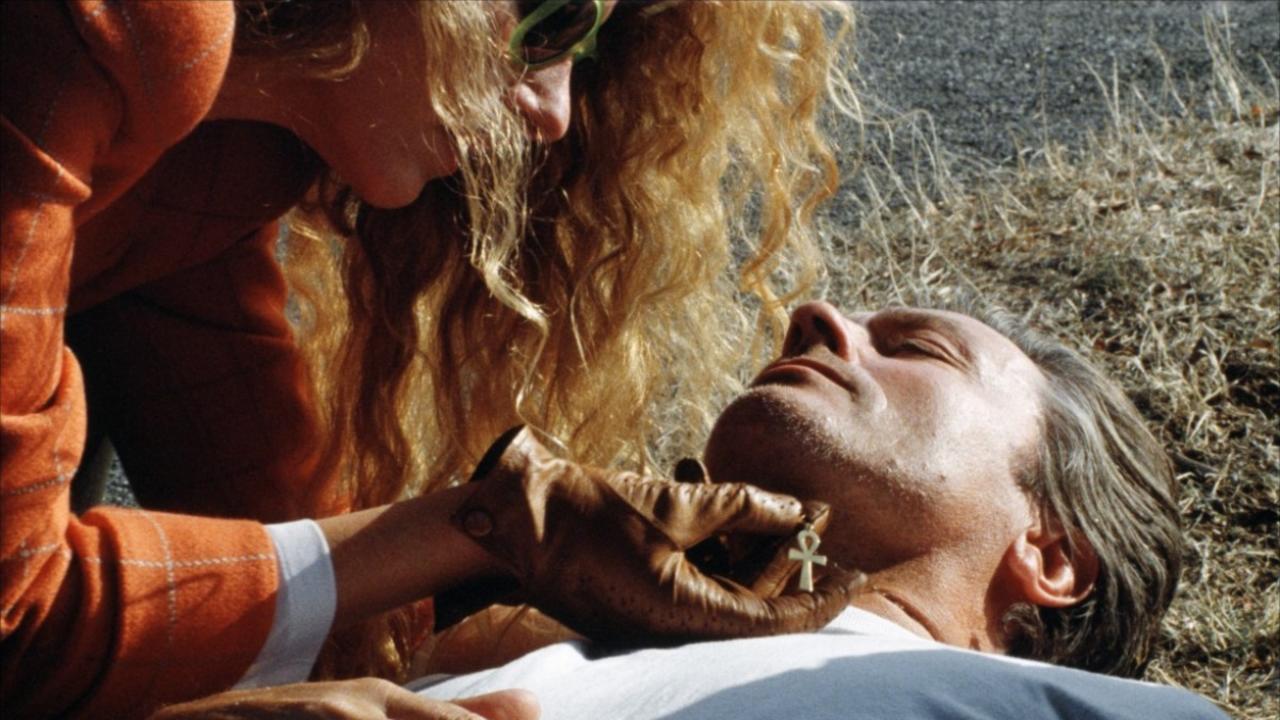 However, following Godard’s return to the mainstream narrative with Every Man For Himself (1980), the critical attention paid to his work still did not regain to the level of the 1960s period. Not until recently, with Goodbye to Language (2014), which won the special jury prize, had Godard returned successfully to the public gaze.

Thus, Godard’s films from the 1980s to the 2000s, are, arguably, the most neglected works of art in recent memory. The 1990 narrative feature Nouvelle Vague (New Wave) is a forgotten masterpiece—the self-referential title hints at Godard’s prominent involvement in the French New Wave. The casting of the 1960s French superstar, Alan Delon, further suggests the film’s sense of nostalgia for the 60s.

But it is a mistake to think the film is the director’s attempt to recapture past glory. Rather, it is a continuation of the Godardian radical spirit, less political than his earlier works, but more concerned with the human condition. The visual narrative explores the complex nature of romantic relationships, while the voiceover consists entirely of literary quotations.

This cinematic experiment is a voyage into the poetics of existence, into the textuality of life. 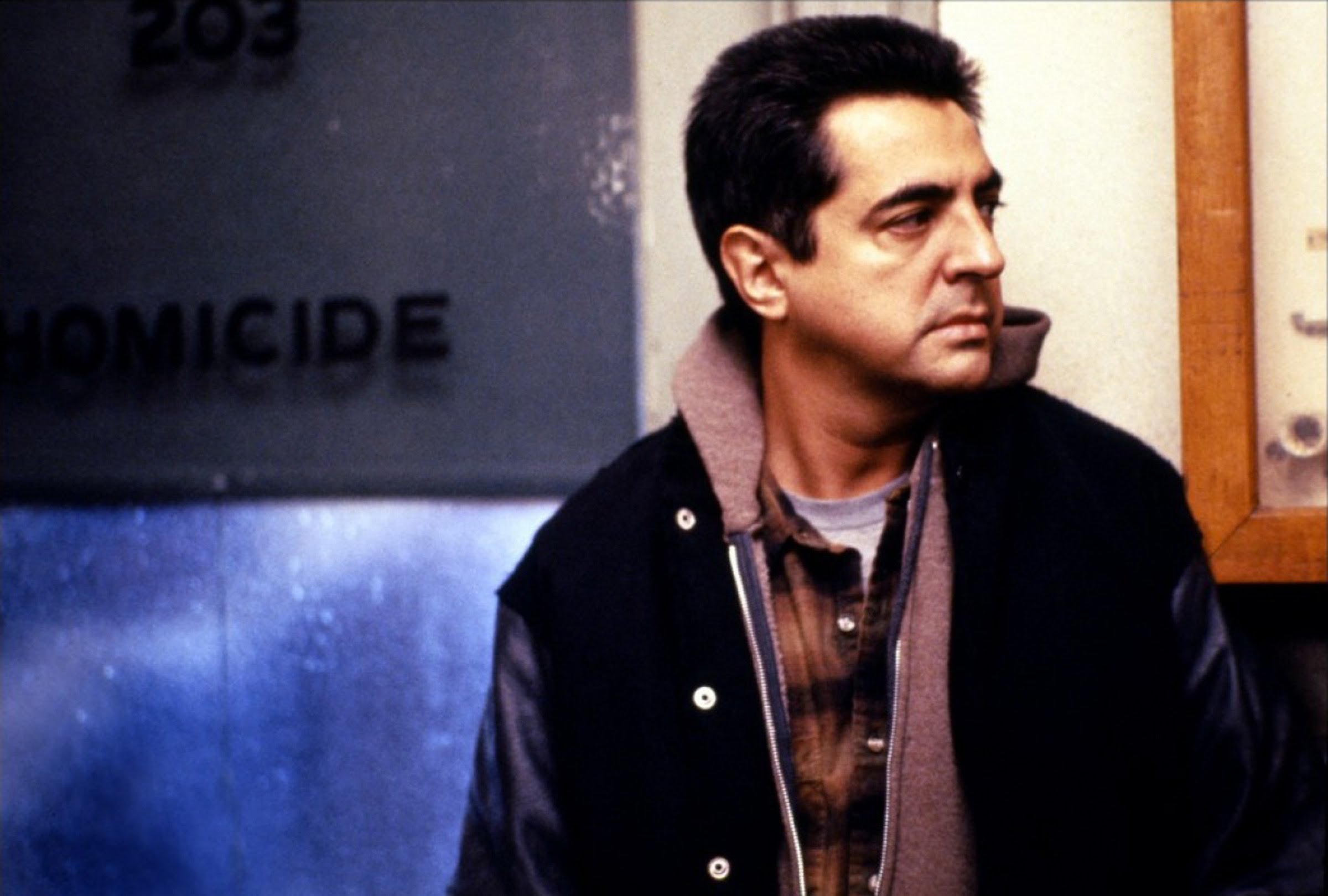 Homicide is one of the greatest neo-noir films. Following a Jewish detective’s (Joe Mantegna) investigation of neo-Nazi crimes, it is a movie that transcends examinations of racism and evil. The writer-director David Mamet exclusively focus on the protagonist’s psychological states, painting an acute portrait of human suffering and of impossible redemption.

The cinematographer Roger Deakins’ foreboding lighting is reminiscent of great 1950s film noir such as Orson Welles’ Touch of Evil (1958). Every frame is soaked with doom. Complimented by Joe Mantegna’s carefully-crafted performance as an intelligent but hot-tempered police detective, the film conveys a darkness beyond visuals.

Released by the Criterion Collection, it has gained more recognition as a great movie in recent years. However, the material’s sheer despair may be off-putting to some people. This film is similar to a Greek tragedy by Sophocles: the audience witness characters descend from their former greatness by their own mistakes and sympathize with them.

In this dark film, there are certainly great aesthetic pleasures to be gained. Mamet’s third directorial effort will be remembered for the ages. 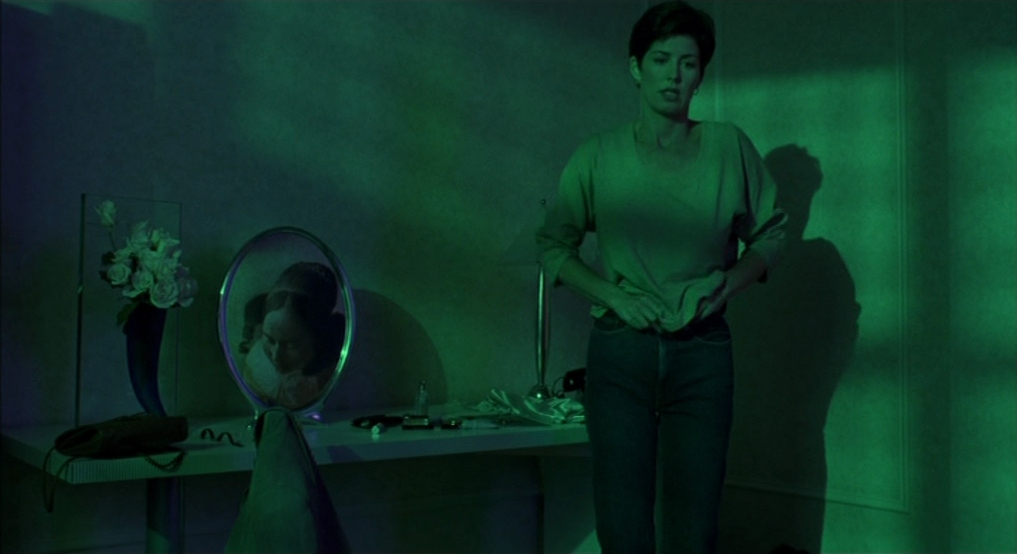 Many recognize Paul Schrader only as Martin Scorsese’s screenwriter (Taxi Driver, Raging Bull, Bringing Out the Dead). Schrader is, however, a great director in his own right, who made features such as Hardcore (1979) and Mishima: A Life in Four Chapters (1985).
This film is about drugs, insomnia, and the many disturbances of modern life. Schrader is obsessed with the existential despair experienced by outsiders, as most clearly seen in Taxi Driver. Light Sleeper calls to mind Camus’s The Stranger as much as it recalls the director’s other works.

It focuses on a drug dealer’s (Willem Dafoe) existential crisis: his struggle to get away from the illegal business and become a musician. The film employs many religious imageries, echoing the character’s search for redemption.

Like the previous entry (Homicide), this movie can be categorized as a neo-noir, delving into the darkness of American life. This minute character study exemplifies supreme artistry in both screenwriting and directing skills: it is a masterpiece. 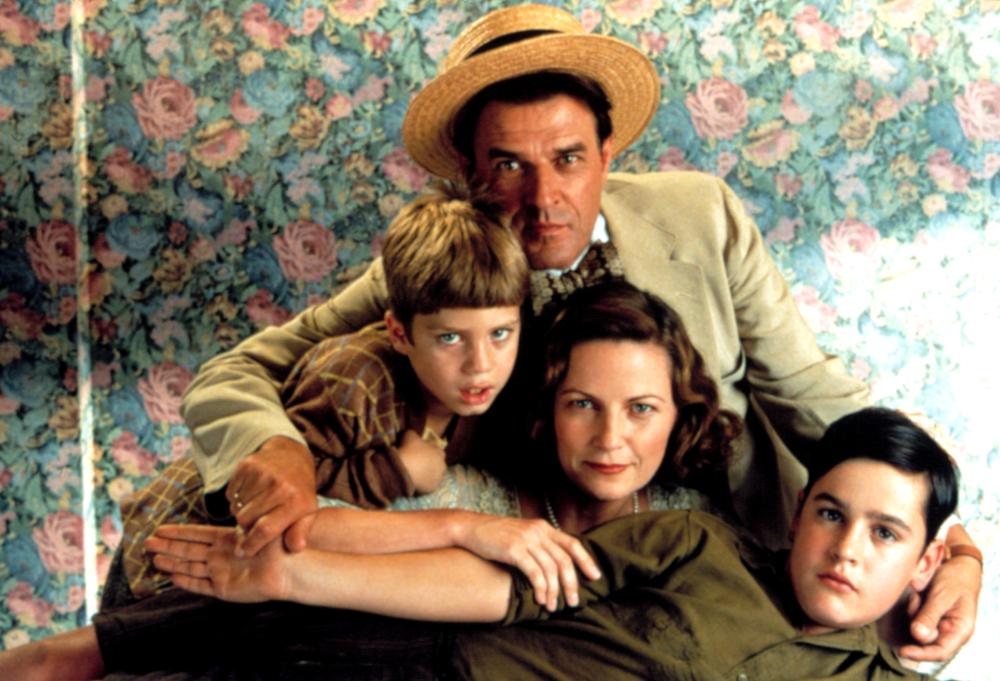 Steven Soderbergh is one of the best contemporary directors. He made big-budget Hollywood features such as Ocean’s Eleven (2001), and independent films such as Kafka (1991). King of the Hill is one of his more neglected films.

Dealing with Depression-Era American Midwest, the film is a journey through sadness and joy. In a scene, the young protagonist (Jesse Bradford) cuts a page of newspaper with the image of a steak on it, with a knife, to combat against hunger. Moments such as these are sad, yet humanly comic.

The colorful landscape of St. Louis Missouri is captured with a touch of yearning. The mood of the film feels both distant and intimate at the same time: distant in time period but close in its theme of struggle with poverty.

Do not confuse the movie with the King of the Hill TV show. Soderbergh’s film is a deeply felt portrait of time passed. Without the director’s usual technical showmanship (such as in Out of Sight (1998)), this motion picture goes straight through to the audience’s emotions. 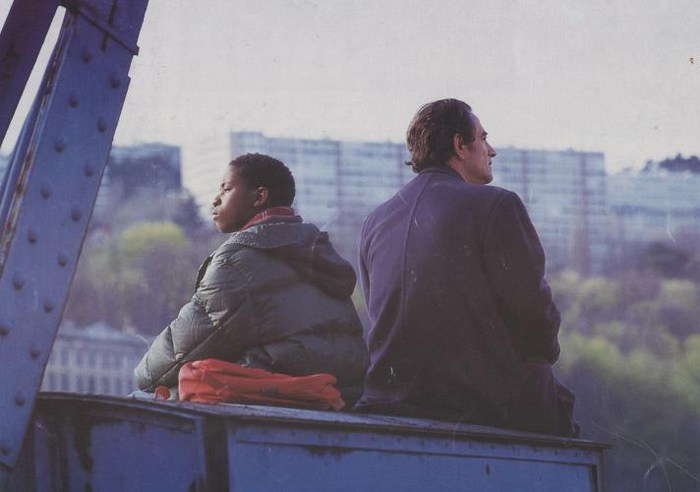 This coming-of-age drama is very little known. As of the time of writing, there are only 49 votes for the film on IMDb. It follows a boy’s (Saïd Diarra) struggle to fit into Parisian life, while longing for his childhood in Mali, Africa.

The title can be translated as The Heart’s Cry, showing the emotionally sensitive nature of the movie. Racism and the ideas of inclusion and exclusion are the central themes. At times, this work recalls classic coming-of-age stories such as Herman Hesse’s Demian and Thomas Mann’s Tonio Kröger.

Nominated for the Golden Lion at the Venice Film Festival, now the film seems all but forgotten. Under its straightforward plot, Le Cri du Coeur is truly about universal human experience—the confrontation of strangeness, the anxiety of being in a foreign place, the fear when entering a new phase in one’s life.

The viewing experience is almost transcendent because the audience can easily relate to those early sorrows and sweet yearnings to belong, eloquently expressed in this great movie.