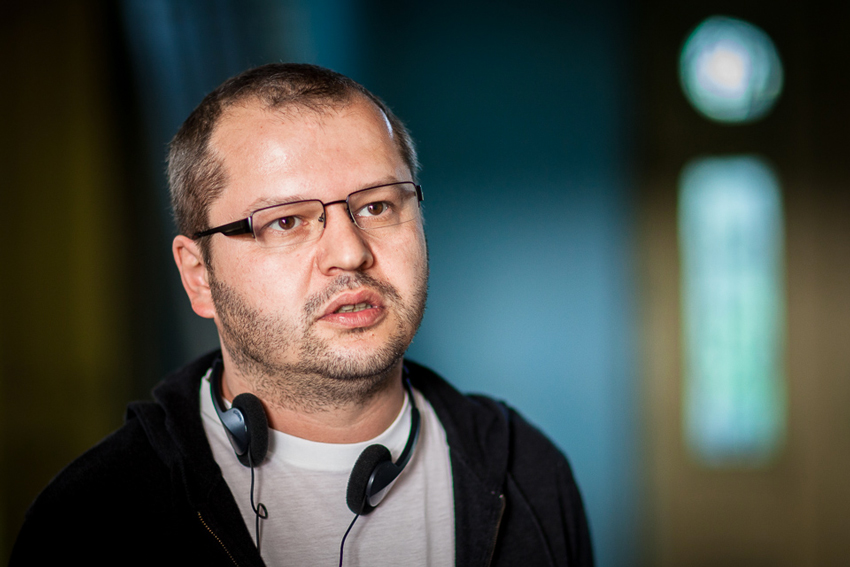 There are directors pretty much everyone knows. You would be hard pressed to find someone who never watched a single Star Wars movie, or who never heard someone quote a line straight out of Pulp Fiction.

It’s fairly simple to understand why huge tentpole filmmakers, who usually indulge in extraordinarily massive blockbusters, are more famous and widely known than directors whose careers are defined by festival circuits, for instance. It’s impossible to be up-to-date as to everyone who has made, is making or will soon make a film. There’s just not enough time, and information is not always that easy to obtain.

It also sounds preposterously arrogant to claim that people don’t know the directors they should. It is as if admitting that you understand more about cinema than the guy next door and that’s not necessarily true. Maybe the guy next door likes different kinds of films. Or maybe the guy on the door next to the guy next door is a maniac movie buff who would put you to shame by citing 250 amazing animations you had never even heard of.

And although everyone nowadays has its fair share of fans and admirers, there are some filmmakers that not a lot of people talk about and don’t know what they’re missing. Here are some examples: 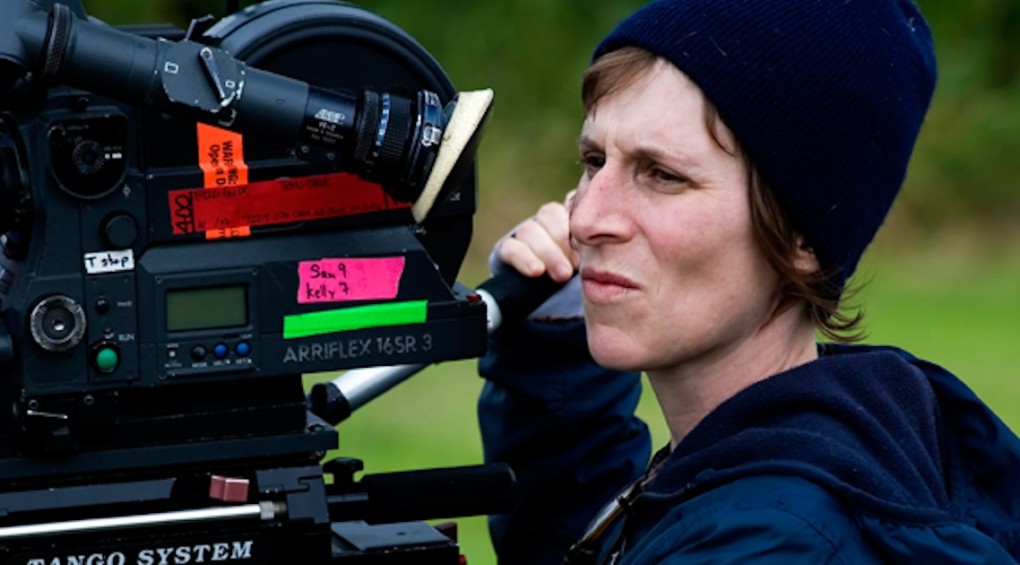 One of independent cinema’s most interesting and unique voices, Reichardt isn’t exactly what one would call a prolific director. Since 1994 she has only put out six feature films and as a handful of short ones.

Kelly Reichardt is a minimalistic filmmaker. Her movies flow at a deliberate, slow pace. Her characters are contemplative and introspective, and her plots are either moved by a solitary purpose (the blowing of the dam in Night Moves) or have a documental touch to them (Certain Women). She will often follow the characters as their lives unfold before the eyes of the audience, and will subversively unbalance the paradigms of power between men and women.

Reichardt has an extraordinary talent for writing female characters, be it on their day-to-day lives in small suburban towns in modern USA or in an oppressive western-set road movie (a genre she is clearly a fan of).

A filmmaker that requires and rewards patience, Reichardt usually explores extremely contemporary subjects like social loneliness and urban melancholia. Don’t be put off by the apparent slow and stale nature of her work; Kelly Reichardt’s flicks are full of substance and depth and are well worth checking out. 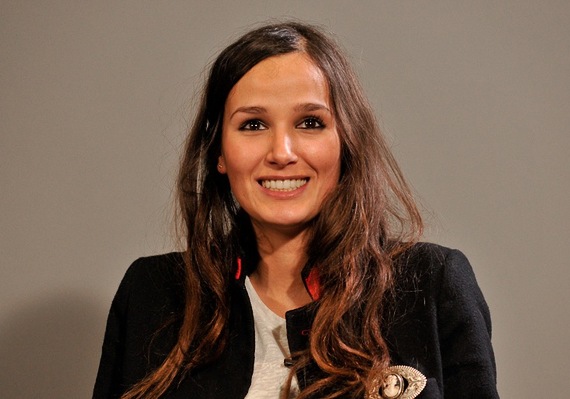 Good horror films are tough to find these days. For every The Witch there’s at least four Ouijas. For every The Conjuring, a couple of The Blair Witch and on it goes. There is little room for atmosphere and character development in contemporary horror films. The filmmakers seem more interested in scaring the audience with cheap jump-scares rather than in getting under their skin and making it crawl.

French filmmaker Julia Ducornau managed to do just that, and garner a lot of attention and favorable buzz with her debut film, Raw. A freshly unique take on cannibalism horror, Raw takes its central premise (a vegetarian student who acquires a taste for flesh after being forced to eat raw meat as a prank) and hits a home-run with it. A deliberately slow and ambiguous film – right until its unforgettable finale – Raw showcased the talents of a sensitive filmmaker who expertly got to implement originality into a much-maligned subgenre. Ducournau took home the much-coveted FIPRESCI Award at Cannes for her work.

So even though this is technically a cheat entry into the list, considering Ducornau has only put out a single film to date, don’t sleep on Raw when it opens on a theater near you or is available for streaming. Ducornau is a director to keep an eye out for, especially if you’re a fan of extreme horror films. 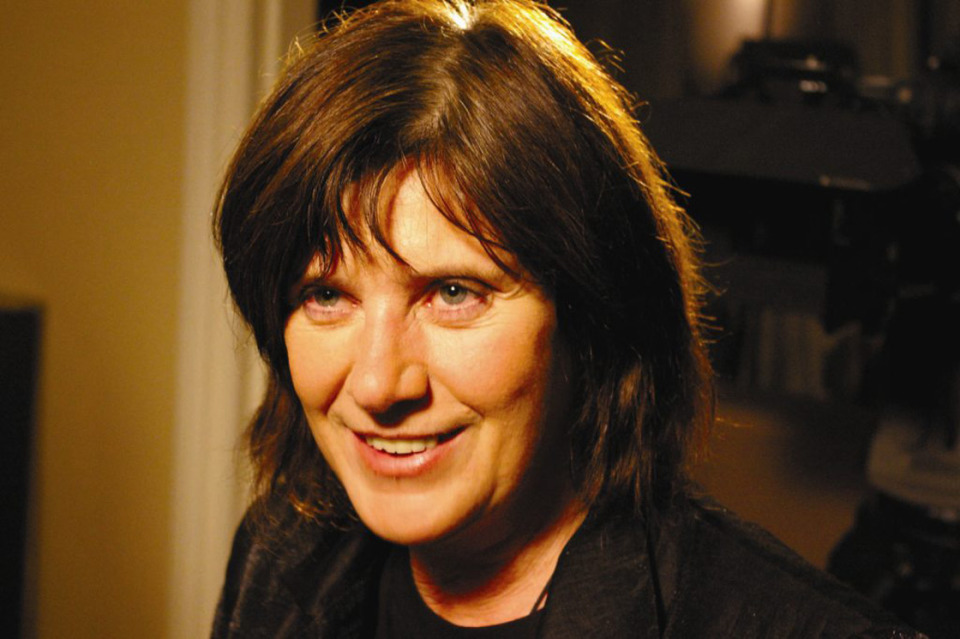 Who said only male directors had the distinction of being provocateurs? At the age of 68, Catherine Breillat has been earning herself an impressive reputation for being bold and subversive not only with her films but also with her best-selling novels.

Springing out into the French cultural scene at the mere age of 17 after having written the novel L’homme Facille, Breillat got to make a bigger splash when she released her first feature film, A Real Girl. Based on one of her novels (as most of her films), A Real Girl was instantly banned from theaters by the French government due to its frank and graphic depiction of a teenager’s sexual awakening. Breillat would continue to explore themes of sexuality and intimacy through her very particular – and very disturbing – perspective.

Most of Breillat’s appeal lies in her take-no-prisoners approach to filmmaking. She isn’t one to shy away from showing horrific violence and disturbing sexual encounters in their smallest and most intimate details. If you’re fond of brutally honest and unnervingly sexual films, be sure to check out Catherine Breillat’s work. 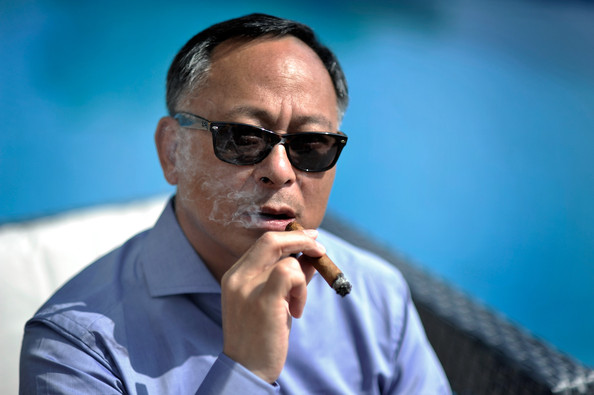 Father of Hong Kong-set gangster films, and greatly admired for his chameleonic nature as a filmmaker and for his stylized visuals, Johnnie To is a guaranteed hit in his home country, but how many westerners are aware of his amazing body of work?

To has built himself a career as a highly prolific and incredibly flexible director. He is known for being able to effortlessly blend different genres and tones into a single film, as well as switching these from movie to movie. His penchant for extraordinarily complex single takes and beautifully shot action sequences have landed him expressive cult following and critical appreciation overseas.

Starting out as a martial arts film director during the 80’s, Johnnie To has continually explored and expanded his own prowess as a storyteller. With over 60 films to his credit, To has jumped from gangster films to comedies to full blown action movies in the span of a single year. He is also recognized for his ability of including elements of social observation and critique even into his most mainstream films, which have garnered him great admiration among the people of Hong Kong and from international critics and film juries, but timid receptions elsewhere.

Sweden-born filmmaker Ruben Östlund has been on a slow but steady rise to critical recognition ever since his family-caught-in-a-blizzard film Force Majeure took Cannes by surprise. Even so, not many are aware of his interesting and impressive body of work.

Östlund took his first steps into the cinematic world by shooting skiing videos and short documentaries with friends and family. In 1997 he was admitted into the Gothenburg film school, from which he graduated four years later. Less than three years afterwards, Östlund released his debut feature film, Guitar Mongoloid, which won him the FIPRESCI Award at the Moscow International Film Festival.

A mix of documentary and fiction with non-actors playing versions of themselves, Guitar Mongoloid explored themes which became recurrent in Ruben’s later filmography, such as human behavior, social determinism, and emotional bonds. His follow-up to Guitar Mongoloid was Play, which follows a group of five black kids in modern Sweden as they taunt and rob white and Asian teenage boys, and it stirred unexpected controversy when a handful of critics and left-wing thinkers deemed it racist and derogatory.

Östlund would shake all those criticisms and go on to quickly shoot what is arguably his finest film to date, Force Majeure. Centering on a family during their vacations on a ski resort, and as the relationship between husband and wife moves ever closer to the brink of breakdown following the events of an avalanche, Force Majeure is a cleverly written and tightly directed film which garnered Östlund much deserved appraisal and admiration. Next up in his list will be his first foray into English-language films, The Square, starring Elisabeth Moss and Andrew Dominic and set to release this year.