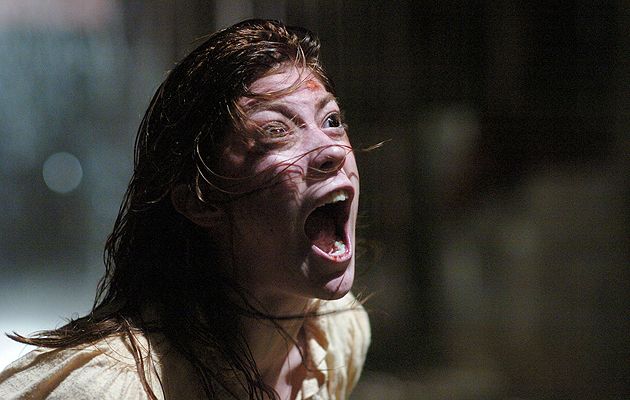 Psychics would tell you that ghosts do exist and that they are all around us. Men of cloth would say that if you dabble with the subject of evil, you are inviting Satan. You put these two notions into the making of a movie and what do you get? A haunted set. It’s like holding a casting call for spirits to join in the production. And guess what, they are more than willing.

In Hollywood, there are numerous tales of hauntings that occurred during filming, accidents and even deaths that delayed production, told by the crew, the directors and even the actors. No one is exempt. Some stories are already legendary like The Exorcist and the original Poltergeist, two of the most “cursed” movies of all time, then there are haunted sets that have only recently wrapped up, like The Conjuring franchise of supernatural horror movies.

Skeptics would probably sneer at these stories as mere publicity gimmick, but true or not, they all make for great behind-the-scenes reading.

The Exorcist lives up to its reputation as the scariest movie of all time not just because it made people literally faint in terror during its theatrical release (a moviegoer lost consciousness and broke his jaw when he fell off his seat). Or that it made people vomit that in some theatres, tickets came with barf bags. Or that it scared people so much that some ran out of theatres leaving their things behind.

The movie was so thick in controversy that the televangelist Billy Graham called the movie itself “evil.” But, what’s more notorious, is that along with its $233 million domestic gross, the movie came with a curse.

Then, there were the accidental injuries to Ellen Burstyn and Linda Blair, who played the MacNiels–mother and possessed daughter. Of course, if you consider Blair’s dismal movie career after The Exorcist, that too, would seem to be a curse.

But, was the set haunted? That also, seems to be the case. During the shoot, film crews reportedly saw objects move on their own, particularly a telephone whose receiver would rise from its hook and fall on the floor.

The writer William Peter Blatty apparently witnessed it himself. That strange things were happening during filming, director William Friedkin asked the movie’s religious technical advisor, Reverend Bermingham to perform an actual exorcism on the set. The priest was adamant at first, but changed his mind when the set, which was the MacNiel residence, mysteriously burned down with Regan’s (Blair) room, unscathed.

44 years since its initial run, the Exorcist still makes people sleep with their lights on at night. William Peter Blatty, who based the story on a real incident of exorcism in the 1940s, died last January 27, 2017.

112 Ocean Avenue, Amityville, Long Island, New York is perhaps the most recognizable haunted house in history. A Dutch colonial suburban house of pure evil. It was home to George and Kathy Lutz and their three children and also the scene of a gruesome crime where in 1974, Ronald DeFeo, Jr., claiming he heard voices, shot and killed his father, mother, two brothers and two sisters. He was convicted of second-degree murder in November 1975, a month before the Lutzes settled in and left in just 28 days, after paranormal activities the likes no one had ever imagined sent them packing.

Doors and windows would open and close on their own, slime would seep from the walls, foul smell permeated, crucifixes inverted, demon apparitions, a ghostly pig, and George Lutz even saw his wife turn into a 90-year old woman right before his eyes. As far as haunted houses go, it was the complete package. It even creeped out paranormal investigators Ed and Lorraine Warren who confirmed its authenticity.

Author Jay Anson wrote a bestselling book in 1977 and a movie version in 1979 directed by Stuart Rosenberg starred James Brolin and Margot Kidder. Then a remake with Ryan Reynolds, Melissa George and Chloe Grace Mortez and directed by Andrew Douglas was made in 2005.

Brolin and Reynolds who both portrayed George Lutz in the movie had some weird experiences. While still considering in taking the part or not, Brolin was reading Anson’s novel when suddenly, the pair of pants he had hung earlier suddenly fell on the floor just when he was in a very tense part. Brolin considered that a signal for him to sign up for the film.

As for Reynolds, he told in an interview how during filming, he kept waking up at 3:15 AM like his character did in the movie (the same time Ronald DeFeo committed the murders). Now, that’s totally creepy, even for someone like Reynolds who was engaged to Alanis Morissette at that time (totally unrelated), and added, “There’s something about the house that’s upsetting. There’s something about the colors around it, everything was just a little upsetting.”

One of the most cursed movie franchises was Tobe Hooper’s Poltergeist, about a house that evil spirits built. The production left several deaths in its wake and was just too telling to be called coincidence. Child actor Heather O’Rourke who played Carol in three movies, died of cardiac arrest from septic shock and passed away in a children’s hospital while Dominique Dunne was strangled to death by her ex.

Other deaths include actors Julian Beck, Will Sampson, and Zelda Rubenstein. Even the director Brian Gibson, died years later. In the sequel, Will Sampson, who played a Shaman in the movie, attempted to exorcise the curse and paid for it. He died within months from complications from a kidney transplant.

It was said that producer Steven Spielberg had real skeletons used as props in a scene because they were cheaper than plastic ones may have a hand in the curse. Also, actress JoBeth Williams related that every time she went home from a shoot, the pictures on the walls would be crooked, and that she would straighten them, only to find them crooked the very next day. 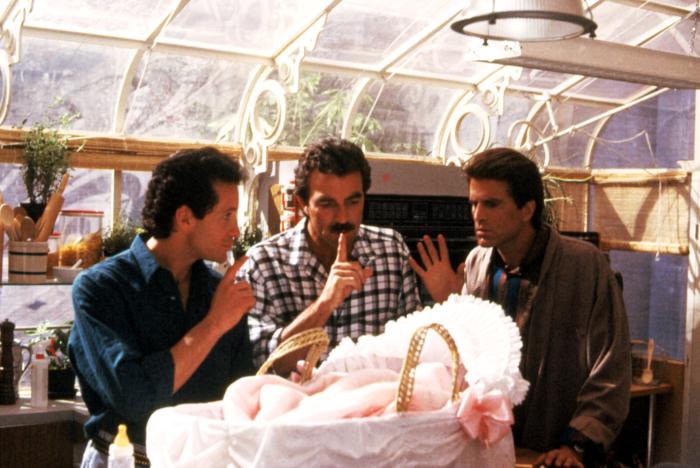 The blockbuster movie that starred Tom Selleck, Steve Guttenberg and Ted Danson, and directed by Mr. Spock (or more aptly, Dr. Spock) Leonard Nimoy is also famous for that eerie cameo of the ghost of a boy behind the curtains in the window, who allegedly died (or committed suicide) in the house they filmed in. It was a much talked about news at the time and was even discussed in the premiere episode of TV Land: Myths and Legends.

However, this was categorized as urban legend and had been debunked by the stars themselves. Tom Selleck said in the Today Show with Jimmy Fallon that the scene where the “apparition” took place was actually shot in a sound stage, not a house. Furthermore, the image of the boy, it was revealed, was nothing but a cardboard cutout image of Ted Danson’s character, who played an actor in the story.

Does this close the issue on the subject? Most probably. One thing’s certain though, all that buzz did help boost video sales. 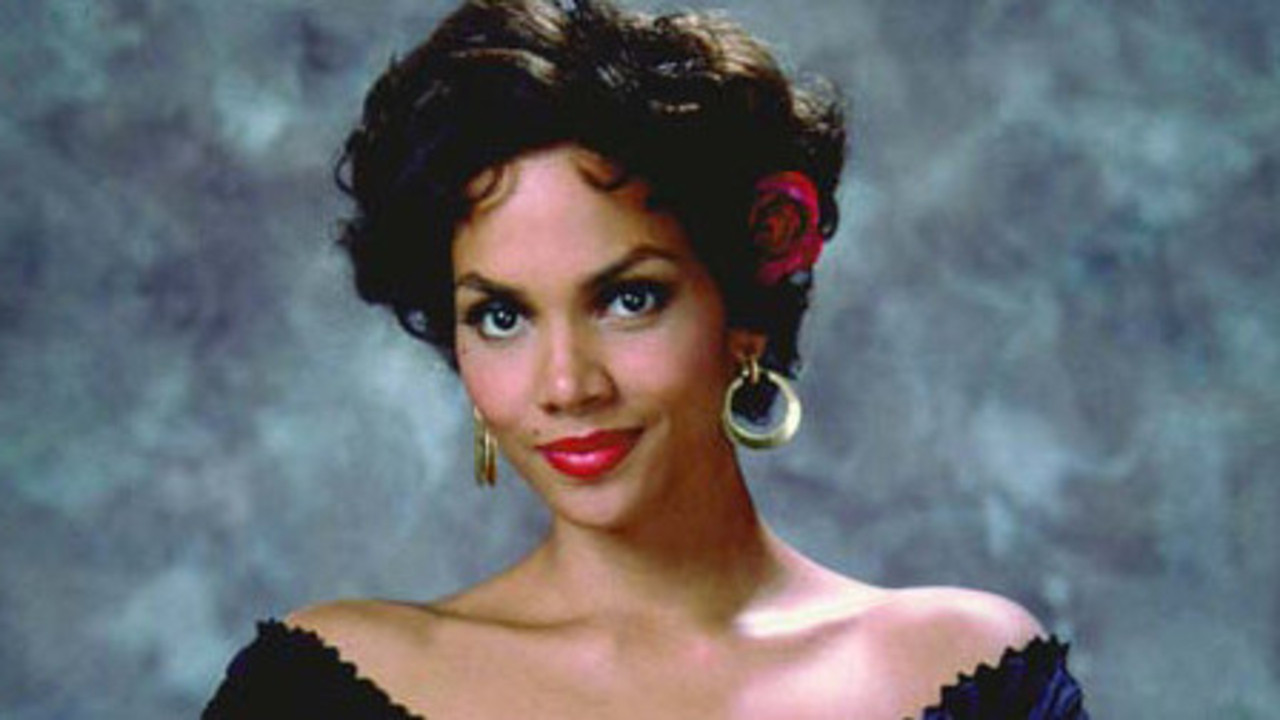 Unlike the curses, accidents and deaths that plagued other haunted movies, the experience the actress Halle Berry had during the making of the movie about the life of Dorothy Dandridge, the first African-American to be nominated for Best actress, left her with an almost life-changing, positive vibe.

As part of the preparation for the role, Berry had acquired and took home, an original gown used by Dandridge herself in the Ed Sullivan Show. That it fitted her like a glove wasn’t the most surprising thing, it was the events that took place later on.

This she swore happened: Lights would flicker on and off while she watched TV, after coming home, she’d find doors open when she was so sure she had closed them, her housekeeper would hear dragging noises inside her bedroom when she was away, and with tears in her eyes remembered how she saw something that would only be of the supernatural.

“I was very protective of the gown and so I kept it in the den, covered in plastic,” she said. “One day I heard this crackling noise, and I thought it was water boiling on the stove.” Apparently, the sound was coming from the den and as she walked over: “I saw this tiny little baby doll dress floating in front of Dorothy’s gown.” Berry was so freaked out she hid in her bedroom all curled up.

After she returned the gown, Berry was left with a feeling of responsibility and humility to what the late Dandridge stood for, and pride that she took her reins. It also made her a much stronger person, and of course, a better actress. If only all stories of haunted sets were like these.

365
SHARES
FacebookTwitterSubscribe
Subscribe via Email or RSS Feed
Pages: 1 2
Comments (3)
Famous Movies That Were Haunted On The Set