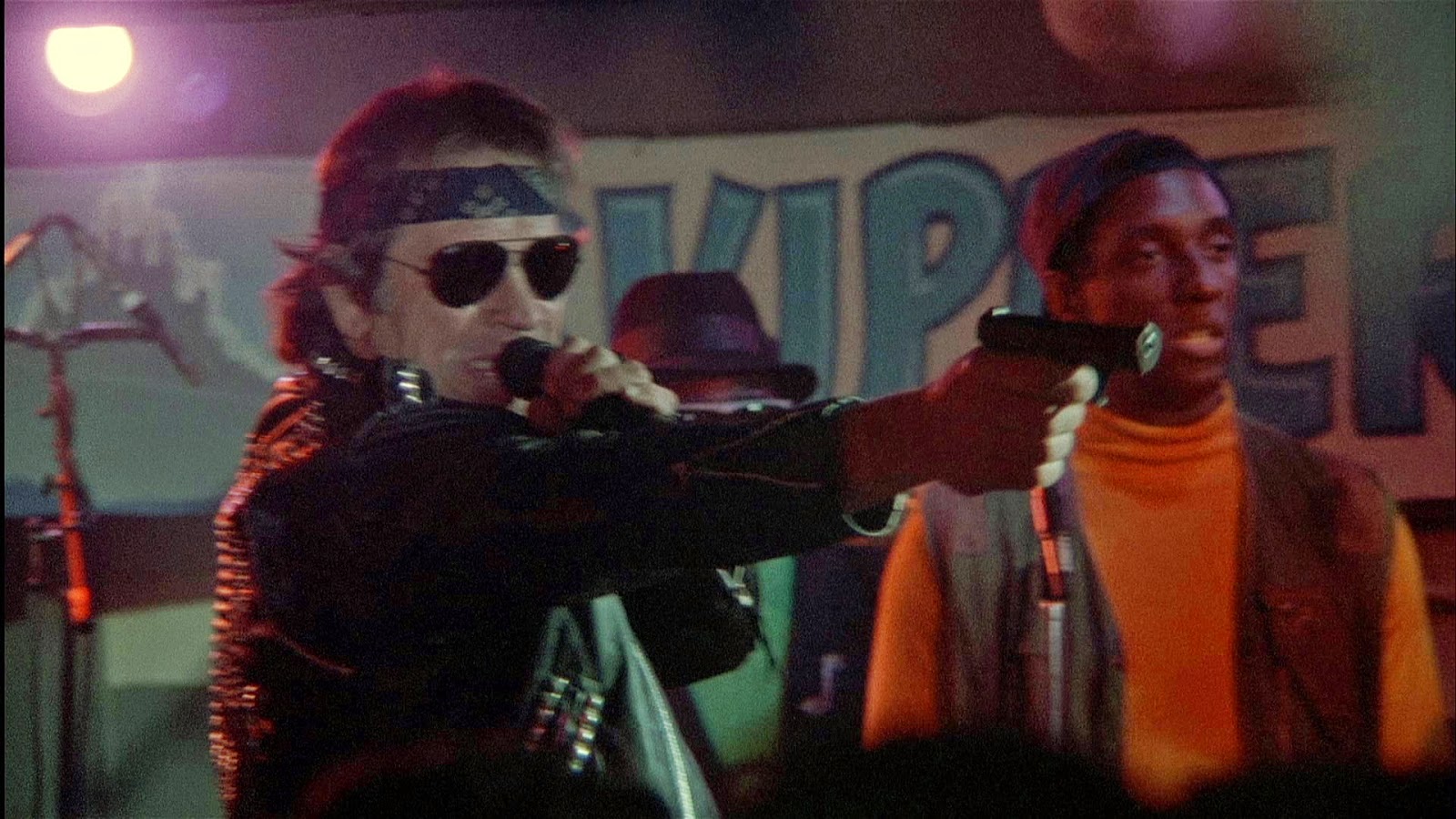 Steven Seagal was truly an anomaly of a action star. Highly successful between the late ‘80s and early ‘90s, Seagal managed to carve his own niche out of the popular genre during this period playing the same character: a Zen like mystic working either in law enforcement or freelance with a mysterious background either in the military or intelligence. Usually all of this while wearing black and sporting a ponytail.

Under Siege was Seagal’s biggest hit, mostly because it deviated away from his usual story and character arcs. Sure, Seagal’s Casey Ryback is a former Navy Seal demoted to working as a cook on a decommissioned battleship just as it is seized by a team of rogue CIA officers with the aid of the ship’s hated executive officer, But Seagal no longer plays a righteous hero, rather he is cynical and jaded, made clear in his final confrontation with William Stranix (Tommy Lee Jones), illustrating how it could have easily been Ryback betraying his country

The 7th Dan Black Belt Aikido master gradually became a victim of changing audience expectations as well as his own ego in the years to come. Most of his films are now delegated to DVD releases and his Russian citizenship has helped alienate many of his fans. However, Under Siege remains a prime example of what Seagal could do with a talented director, brilliant supporting cast (including Jones and Gary Busey) and a effective story, even one that is different to his usual film body.

AKA: ‘Die Hard in the Future’ 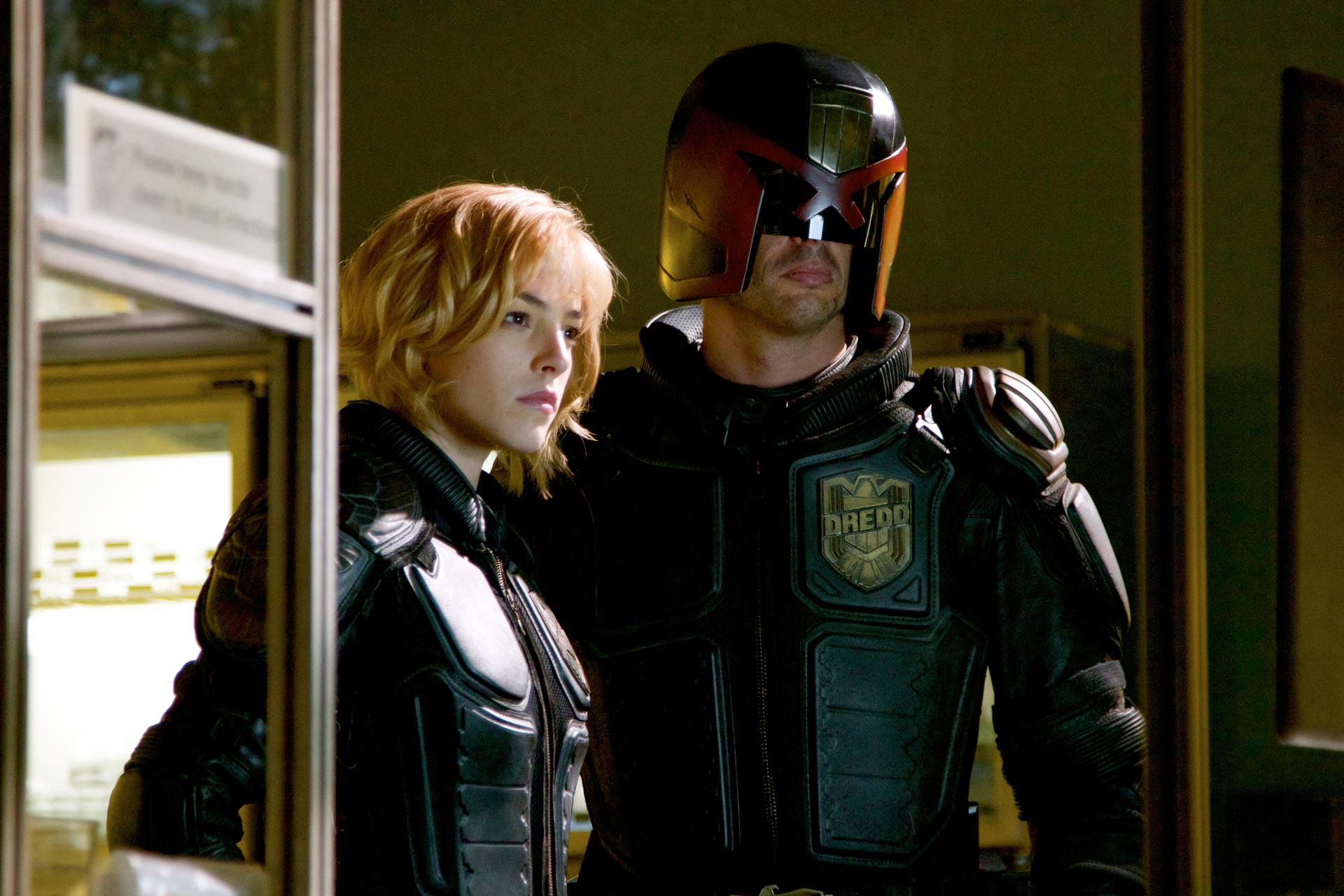 Even after almost 20 years, the disaster that was Sylvester Stallone’s adaptation of the British comic left such a bad taste in the mouths of audiences that many approached the new adaptation with caution. Fortunately, fears were put to rest as not only was Karl Urban a solid replacement for the titular Judge Dredd, but director Pete Travis and writer Alex Garland had crafted a solid adaptation, despite a low budget, by utilising the Die Hard formula.

In the film, Dredd (remaining masked throughout the film like in the original comics) is teamed with Judge Anderson (Olivia Thirlby), a rookie with psychic abilities, to investigate a series of murders in Peach Trees, a 200-story slum tower block controlled by gang leader Ma-Ma (Lena Headey). The pair find themselves trapped in the building as Ma Ma’s minions hunt them down.

A lot of aspects worked for Dredd, including Travis’ unique aesthetic, especially with the Slo-Mo scenes. The drug, which induces a hallucinogenic response that makes the user perceive the world in slow motion, allowed Travis to experiment with high rate photography and colour saturation. However, what drives this film home is the simple story that, unlike the Stallone original, does a lot of justice to the themes explored in the original film, including fascism, authoritarianism, police states and law.

AKA: ‘Die Hard on Alcatraz’

By the mid-1990’s, studios were simply taking the formula and applying it to the most outlandish and iconic locations. Sure, the filmmakers could have been set the film in any prison. Instead the decision to set the film on an old, iconic prison isolated in the Bay of San Francisco brings about new stakes for the film.

When a group of rogue US Marines seize control of Alcatraz, taking hostages and threatening to launch chemical weapons at San Francisco, the authorities attempt to assemble a team to retake Alcatraz. But the mission is not clear-cut. Since no physical plans of the tunnels of Alcatraz remain, the FBI and military must recruit former SAS operative John Mason, the only person known to have escaped from Alcatraz.

Michael Bay has constantly found himself on the wrong end of critics and fans, with many of them criticising his films. What made The Rock his best-received film is its focus on stakes.

The Rock never lets up. When the team of SEALs is wiped out, the fate of the city is left in the hands of a disillusioned old man eager to escape and a bookish federal agent with no field experience. While The Rock does take some liberties with the formula, including changing the singular hero into a pair of opposites, like a buddy film, it still adheres to the formula.

Released around the same time as Dredd, fans quickly made the comparison between the two. However, director Gareth Evans still managed to create something visceral and cerebral with the story of 20 elite Indonesian cops trapped in a Jakarta high-rise slum against an army of gangsters.

What separates The Raid from all the other films that adhere to the Die Hard formula is character motivation. Normally, the villain’s primary motivation has nothing to do with the hero. Hans Gruber simply wanted to rob the Nakatomi Corporation; it was not until John McClane’s presence became known that he became a target for Gruber. The Raid subverts this formula trope by having the police officers the primary target.

This quickly transforms The Raid from a typical action film into a survival horror flick. The police (authority figures) are now being hunted through the building by machete wielding lunatics. The use of the Die Hard formula (even slightly subverted) has allowed Evans to tie together the film’s incredible fight scenes together with a simple yet appropriate storyline.

Probably the best film to adhere to the Die Hard formula is also the one that subverts it so much that it is almost unrecognisable. This film breaks all the rules of the formula, creating something different and just as good. There is no army of henchman. Not needed when the passengers are trapped on a speeding bus rigged to explode if it drops below 50 miles per hour.

Speed opened on a high note with the elevator rescue and subsequent gunfight in a elevator shaft. This alone, could have made up a whole film, but director Jan de Bont manages to set the film up with this high concept, establishing character and most importantly, a motive for the villain. Speed was marketed as ‘Die Hard on a Bus’ as a means of luring in audiences but the films concept and execution was so well received that itself became a popular formula within the action genre.

While the films sequel, set on cruise liner, was poorly executed, Speed remains a classic within the action genre.