It’s so rare for a mainstream horror movie to be as much of a success as Get Out. It’s usually the indie horror movies that are talked about by critics after the year ends. Last year, The Witch, Neon Demon, and Train to Busan were the center of numerous conversations. In terms of critical discussion, Don’t Breathe and The Conjuring 2 also got some attention, but not to the same extent.

Then 2017 comes around and the dude behind Key and Peele delivers a movie that everybody has been talking about. Get Out is an ambitious horror masterpiece that’s made to appeal to every kind of moviegoer. It has elements for everyone, and as a result, it’s the perfect example of how to create a terrific mainstream horror movie.

This list is going to look at six reasons why it’s such a success. Honestly, six reasons isn’t close to enough. There’s so much in the movie that deserves appreciation. However, these are the six reasons that stick out the most. They’re what make Get Out more than your average horror flick.

Multiple viewings of Get Out are necessary in order to catch everything. Certain moments that initially seemed rudimentary reveal themselves to be more vital pieces of the overall puzzle upon closer inspection. This article is going to remain (mostly) spoiler free, so the more intricate moments will be left out. However, a simple Google will send you on a journey featuring countless lists that talk about moments viewers may have missed.

It’s not just that seemingly pointless moments turn out to be surprisingly complex. You’ll also find that several scenes completely change once everything is said and done. As more information is revealed, viewers are encouraged to think back on moments that seemed set in stone. During the big reveal, the movie doesn’t hold your hand by showing a lengthy montage of all the evidence. It expects you to reevaluate the experience and look at things differently.

Get Out is such a success because basically every moment serves a purpose. Peele piles on so many layers that it’s a surprise the movie doesn’t collapse under its own weight. The movie doesn’t waste time with horror conventions because it’s too focused on building a story that’s as complex as it is entertaining.

It’s no surprise that Jordan Peele decided to sneak some humor into the movie. After all, he’s one half of Key & Peele. The big question was how well it would work with the theme of the movie. Can a movie about racism be funny? It turns out that the answer is yes. There’s plenty of room for movies like 12 Years a Slave, The Butler, and Fruitvale Station. Those movies teach important lessons about race in their own way. Get Out’s method is a little different, but it still manages to say a lot of the same things.

It’s not like this features the same brand of humor as Key & Peele. Get Out takes a decidedly darker approach to humor. The jokes in this movie are so dark they’re practically pitch black. Yes, there are a couple quirky supporting characters to throw in some easy laughs. For the most part though, the humor in the movie is subtle, macabre, and creative. Some of the jokes may be too dark for people to pick up on, but there’s plenty of comedy to go around.

It also meshes well with the tone of the movie. The movie is consistently darker than a lot of publications have probably made it out to be. The term horror-comedy has been thrown around to describe the movie, but maybe that’s not the most flattering description. When people hear the term horror-comedy, they tend to think of movies like Shaun of the Dead or Army of Darkness. Both of those movies are fantastic, but they’re radically different from Get Out.

This isn’t a comedy as much as it is a movie that uses humor to strengthen the underlying themes. The humor is an excellent addition, but it’s not what makes the movie. The humor sits in the background quietly working with the other elements to create a bold movie with intelligence to spare. It’s not the main attraction, but it’s still easy to appreciate.

There has been a lot of talk about what Get Out is trying to say. Obviously the purpose of the movie is to talk about race, but what is it specifically trying to say? The general consensus among viewers is that Get Out attempts to tackle liberal racism in America. It’s a ballsy move, but it pays off big time. This social critique shows viewers that racism can come from anywhere. It’s not always the crazy backwoods redneck or the slaveowner played by Paul Dano.

It’s true that the villains of movies that talk about racism are typically straightforward archetypes. However, the villains this time around are middle-class left-leaning white folks. They read Rolling Stone, hate Fox News, and of course love Barack Obama. They’re harmless, right? Not exactly.

These are the type of people that will lecture their white friends on the concept of white privilege but completely change the minute a person of color walks into the room. Peele takes aim at liberal hypocrisy, but it’s anything but a witch hunt.

Is Get Out a conservative movie? Absolutely not. It’s not vehemently going after any political party. It’s just trying to acknowledge the fact that racism isn’t defined by a political affiliation. Peele wants viewers to leave the movie knowing that even though society claims to have some sort of racial-awareness, we still do not live in a post-racial world.

It’s not a 100 minute liberal roasting session. The film is simply trying to show that we have a long way to go before we can claim that we live in a post-racial society. The fact that it manages to scare the hell out of us along the way is an added bonus.

4. It keeps you guessing 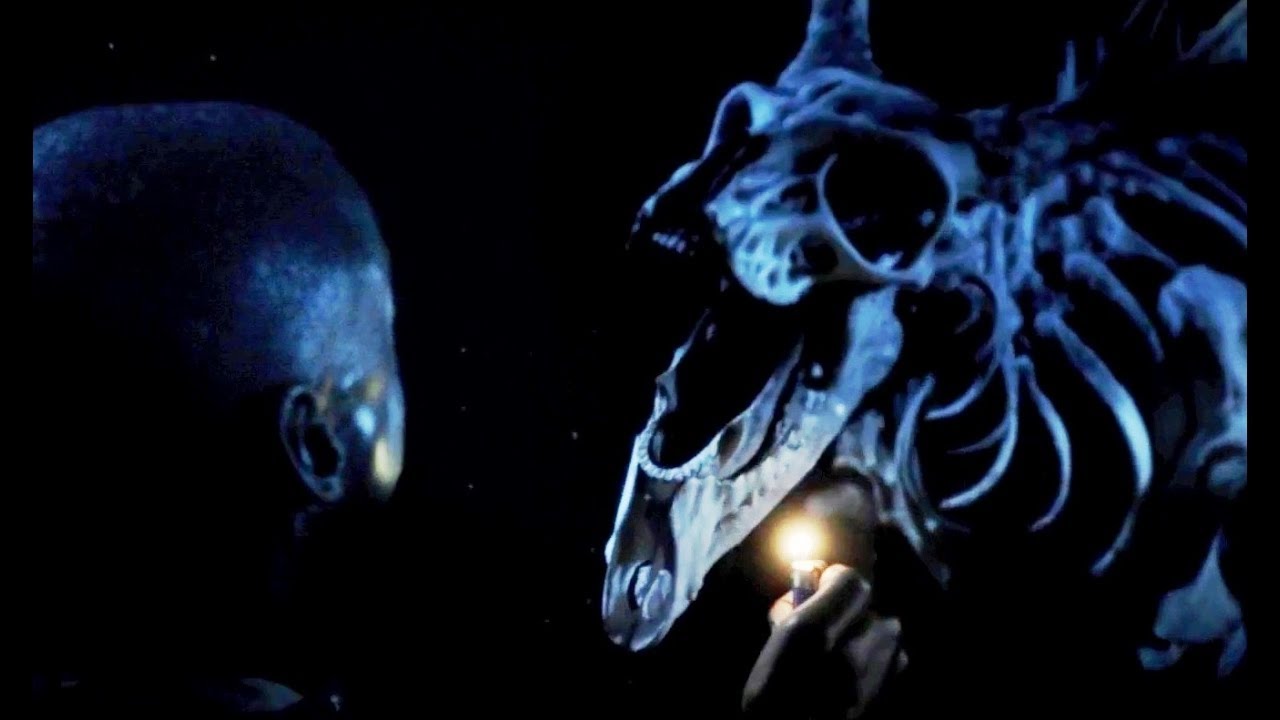 Get Out doesn’t feature a mind-blowing twist that will be talked about for decades to come. People aren’t going to leave the movie talking about how the third act left them stunned. Instead of one big reveal, there are countless tiny reveals spread throughout the movie that all come together to create a complex movie that can’t be figured out within the first ten minutes. Yes, it’s obvious something fishy is going on, but piecing together everything early on is next to impossible.

Big twists don’t come around often anymore if only because it’s hard to think of an original twist nowadays. Most twists are some variation of the ones found in Star Wars, The Usual Suspects, and Planet of the Apes. It seems like every major twist has been done to death. Get Out is no exception in this regard. The big reveal toward the end of the movie is pretty easy to figure out. That’s why it was wise of Peele to throw in so many extra pieces. It’s hard to feel let down by the twist when there’s so much more to keep you guessing.

Once again, this is a spoiler review list, so it’s hard to talk about all of the smaller parts that make up the twist. However, be prepared for the movie to catch you off guard on several occasions. Just when you think you have the rest of the movie down, something comes along and stumps you.

5. It never forgets to be fun

Sometimes it’s hard to find a balance between intelligent and entertaining. Even the most critically acclaimed movies tend to stay a little one-sided in terms of whether to go for thrills or intelligence. Horror movies in particular struggle in this regard. For example, The Belko experiment is a blast, but it doesn’t have anything intelligent to say.

On the other hand, Jacob’s Ladder is filled with depth, but it’s never going to slap a grin on your face. A movie isn’t necessarily bad if it’s unable to strike that balance. However, if a movie is able to pull it off, it instantly opens itself up to a wider audience.

Get Out is one hell of an intelligent movie, but it always remembers to take its viewers on a thrilling ride along the way. As a result, it comes across as a movie that can appeal to both the art crowd and the more general filmgoing audiences. Movie buffs will appreciate that there’s enough material to write a book about, but everyone can appreciate the clever scares and engaging dialog.

The final third of the movie in particular is a blast. It switches from psychological thriller to all-out horror. There’s more blood, there’s more jump scares, and there’s more creepy music. Even during this grand finale, Get Out remains intelligent. It speeds things up in terms of pacing, but it still has time to throw in intelligent, thought-provoking lines of dialog. The finale feels more streamlined than the rest of the movie, but it never feels like a cop-out.

There are no cop-outs in this film. Peele and company never choose to take the easy way out. They’ve found a way to perfectly balance entertainment and social critique in a way that few movies can replicate. Here’s hoping Peele strikes gold with his next movie.

6. The dynamic duo of Whitford and Keener 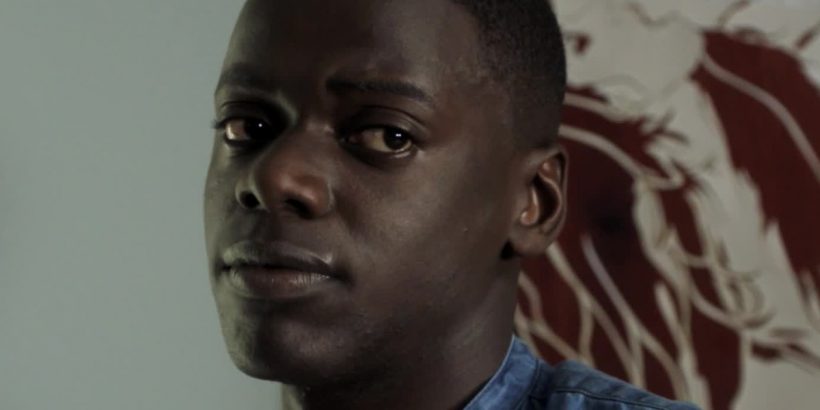 The cast members in the movie are excellent. The two leads, who are relative newcomers, prove to be an excellent pair. Even so, it shouldn’t be much of a surprise that Bradley Whitford and Catherine Keener are the stars of the show. Whitford is a three-time Golden Globe nominee and Keener has bagged two Oscar nominations. They’re no strangers to acting, and that’s not hard to figure out after watching Get Out.

They are, as the subheading states, a dynamic duo. They’re the perfect combination of creepy, funny, and mysterious. Their acting alone makes it hard to predict where the plot is going. What’s the main goal for these seemingly normal middle-class parents? They’ll never tell.

It’s always risky casting big-name actors in horror movies. Oftentimes, it seems like they’re used to compensate for a poor plot. This isn’t the case in Get Out. Whitford and Keener are, like most elements in the movie, one small piece of a greater whole. They never prove to be some kind of A-list distraction. Instead, they’re another successful part of an outstanding movie.