If there was ever a movie that defines the term ‘movie failure’, it would have to be Cutthroat Island. The pirate adventure made only a tenth of its budget at the box office and remains one of the worst financial disasters in film history. Renny Harlin – star Geena Davis’s husband at the time – was brought on to direct the film and had a significant hand in the casting of Davis who was more known for comedic roles, in the hopes of transitioning her into an action star.

Multiple delays, rewrites and recasts all attributed to production costs spiralling out of control. Due to the delays, Michael Douglass (originally cast to play the lead protagonist) pulled out and was replaced by the less marketable, Matthew Modine.

In the years following, pirate movies were considered box office poison and it would take eight years before another major movie studio attempted to revisit the genre. In 2003 Disney experienced incredible success with the release of Pirates of the Caribbean: The Curse of the Black Pearl, which went on to spawn multiple sequels – the latest of which is set for release this year. With the stigma on the genre lifted, there couldn’t be a more opportune time to consider remaking Cutthroat Island. 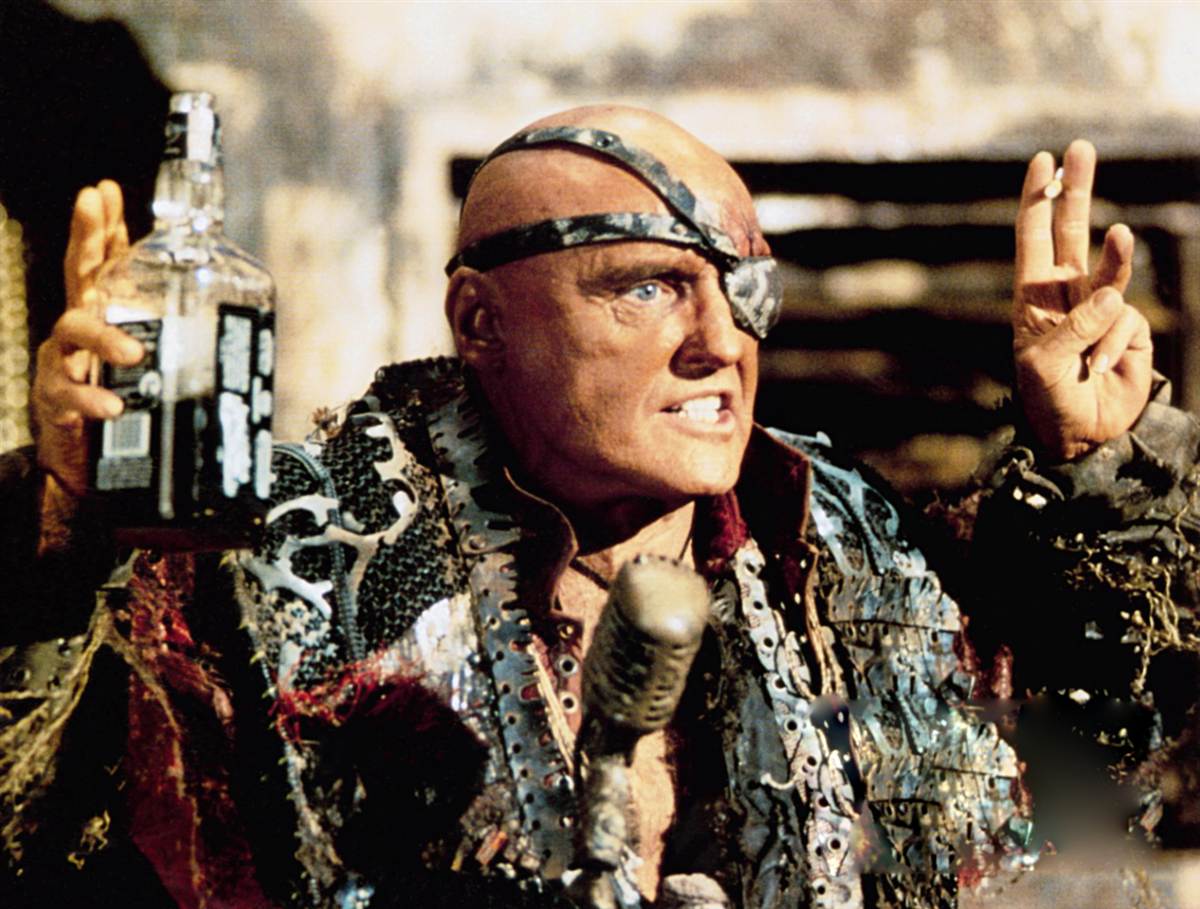 Another movie on the list of biggest financial flops in film history is the 1995 Kevin Costner starring post-apocalyptic film: Waterworld. The film – at the time – was the most expensive movie ever made, a record held until the release of Titanic two years later. The film was unable to recoup the production costs at the box office; however, the film did later become profitable due to the video and TV broadcast rights being flogged to many a retailer and network, respectively.

Set in the distant future, the melting of the polar ice caps has caused the sea level to rise, meaning that nearly all the earth’s surface is submerged in water. The plot follows a nameless mariner (Costner), who scavenges the seabed in the hope of finding rare items which he intends to trade. The mariner finds his fate entwined with that of a little girl and her guardian who have possession of a map – tattooed on the girl’s back! – to the location of the fabled ‘Dryland’.

Waterworld was released to mixed reviews. Many praised the futuristic setting and premise but criticised the characters and sub-par acting performances. Following the success of the latest Mad Max film, audiences may welcome another take on the post-apocalyptic film genre, with a remake of Waterworld. 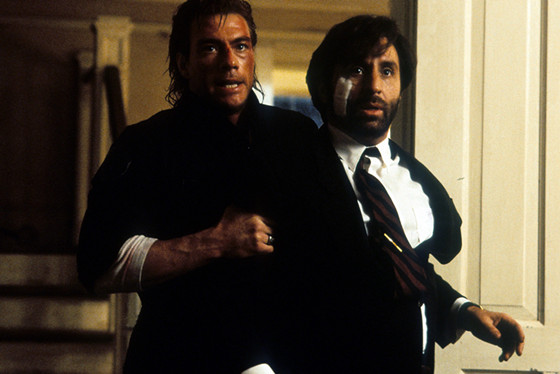 Based on the three-part Dark Horse Comics anthology: Time Cop: A Man Out of Time. The films centres around a police officer (played by Jean-Claude Van Damme) who utilises the ability to travel back to the past – whilst sporting a most impressive mullet – and prevent crimes before they occur.

Financially the movie was a success, grossing $101 million at the box office. Making the film Van Damme’s highest-grossing film in which he played the leading role. However, the reviews on Timecop were mixed at best, mainly criticising various plot holes and inconsistencies. Renowned film critic Roger Ebert described Timecop as a ‘low-rent Terminator and the kind of movie that is best not thought about at all’ – no different from any other Van Damme movie, then. 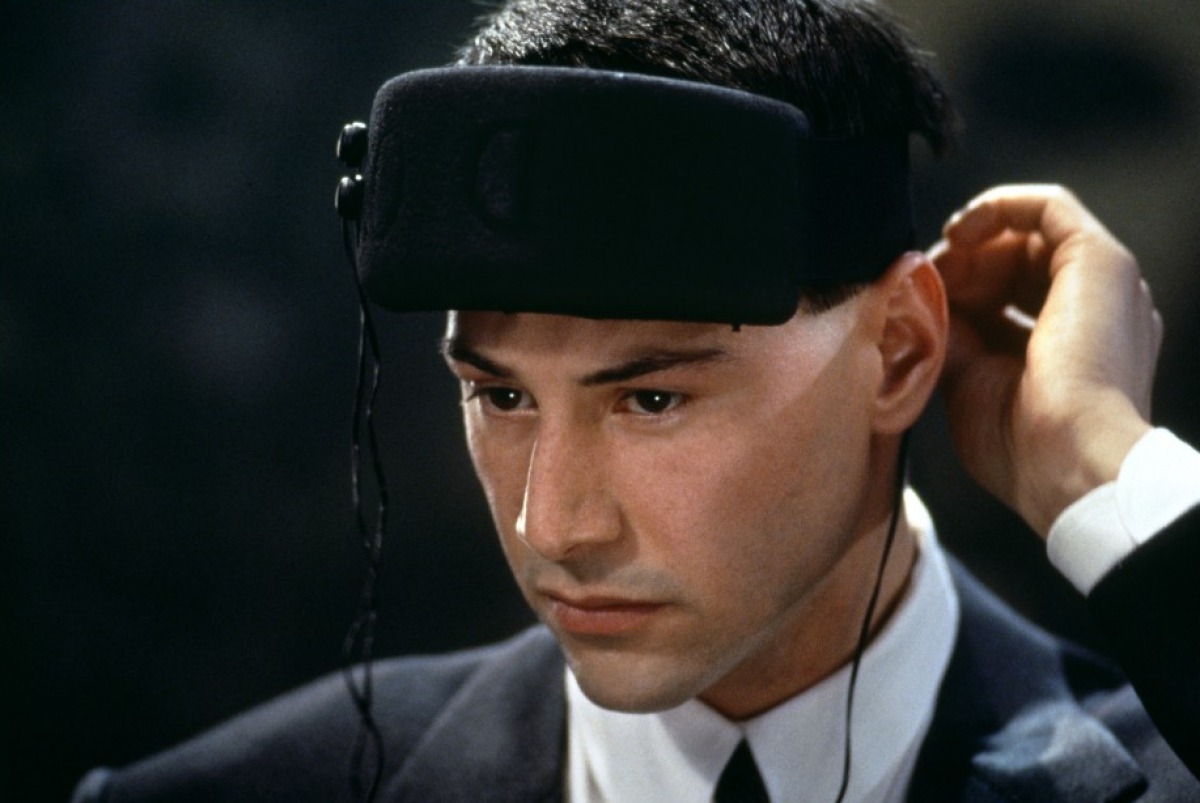 Johnny Mnemonic is a cyberpunk action thriller film which was directed by Robert Longo in what was his directorial debut. Starring Keanu Reeves and Dolph Lundgren, the film is based on a short story by William Gibson.

In the film, Keanu Reeves plays Johnny, a “mnemonic courier” whose job is to carry and deliver sensitive information via a data storage device implanted in his brain – basically a walking/talking hard drive. Having the device implanted has cost Johnny his childhood memories, and he seeks to have it removed in order to regain his memories back.

While the film was a critical failure, the themes of the movie are much more reflective of the current world today. Virtual reality, data storage and the internet are all very much part of today’s culture and are therefore more likely to connect with today’s audience.

Dune is a 1984 epic science fiction film written and directed by David Lynch and based on the 1965 novel by Frank Herbert. Set in the distant future, the film chronicles the conflict between two rival noble families as they battle for control of the planet Arrakis (known as Dune). The planet is the only source of the drug melange – also called ‘the spice’ – the most essential and valuable commodity in the universe.

The film launched the career of Kyle MacLachlan and also starred Sting who gave one of his most notorious acting performances, which is perhaps more memorable for the scene in which he is wearing nothing but some rather futuristic looking blue underpants.

Dune was a disappointment both critically and financially, recouping only three-quarters of its $40 million production cost. Critically, the reviews were scathing – some reviews even accused the film of containing homophobic undertones. The studio originally had plans to make multiple Dune sequels; however, as a result of the films poor performance, all sequel plans were cancelled.

Lynch later admitted that he should never have directed Dune – saying, ‘I probably shouldn’t have done that picture, but I saw tons and tons of possibilities for things I loved, and this was the structure to do them in’.

In 2016 Legendary Entertainment announced that a remake is being planned and in January 2017, Herbert’s son Brian announced via Twitter that Arrival director Denis Villeneuve would be helming the project.