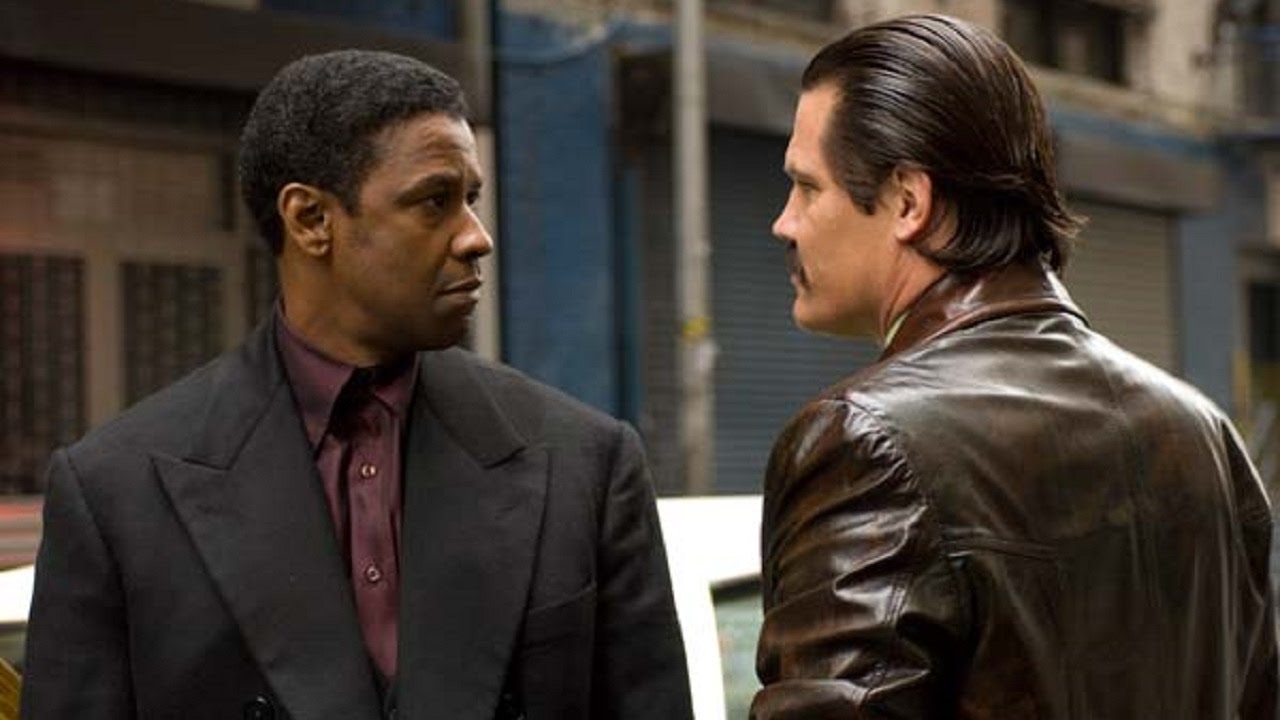 It is not unusual for viewers to assume that films that stay memorable are those that earn critical acclaim and win numerous awards, if not the Oscar for Best Picture. However, there are films in recent memory, that despite receiving raving reviews and numerous accolades, have in one way or another, failed to stay relevant to viewers throughout the years.

Films like The King’s Speech, Zero Dark Thirty, and Babel are all brilliantly crafted films that have gathered many accolades as well as veneration from the film community, but are gradually fading into Western cinema’s obscure corner. Whether it would be a social commentary now outdated or irrelevant to today’s culture, or the mild and tame exposition of its source material, or even their advertisement and distribution, there are a myriad of reasons that contribute to a film’s decline in its memorability.

Due to the vast landscape of possibilities, the following list is meant to reflect, rather than exactly pinpoint, on 10 critically acclaimed films of the 21st century that, for some reason(s), are slowly fading out of memory, if they have not already.

During the 2009 awards season, The Blind Side was one of the films (alongside Precious) with a social issue at its center, as well as a vehicle for actress Sandra Bullock, for which she would later win the Academy Award for Best Actress.

The Blind Side drew widespread attention due to both its leading actress’ magnetism and biographical origin, a novel of the same name, featuring the impoverished upbringing of football player Michael Oher. It was a commercial success. In the box office, it increased its profit tenfold ($309 millions) from its original budget ($30 million), a noteworthy feat for a sports drama film.

However, The Blind Side’s tame and oversimplified treatment of the socioeconomic matters at its core, reduces its chances of remaining a relevant film today whilst competing with the rather more honest, confrontational and innovatively portrayed social commentary films released in the last years.

Despite having an attractive premise for audiences at the time and a strong gross at the box office, it is its lack of substance on cultural context that hold The Blind Side of living beyond its year of release. 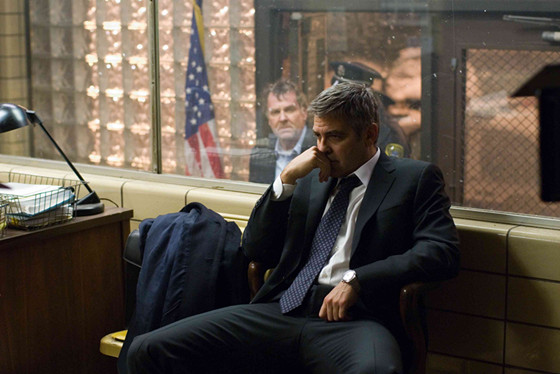 Perhaps the most prominent in the legal thriller genre since Soderbergh’s Erin Brockovich (2000) and Mann’s The Insider (1999), Gilroy’s Michael Clayton is successful in exposing the dark secrets and ambitions that lurk the law in a manner that is both as morally attentive as it is alarmingly realist.

If Michael Clayton’s achievements in script and performances still hold up remarkably after 10 years, why is it not as memorable today? Although it is difficult to pinpoint the exact reasons why, it can be contended that the factors include the legal thriller genre’s decline in popularity after its boom in the 90s.

Also, Michael Clayton competed and was perhaps overshadowed by other brilliant films of 2007 such as There Will Be Blood and No Country for Old Men, both of which have a prominent presence today. Regardless, Michael Clayton remains an underrated and excellently crafted film that offers lessons about the importance of a good-written script. 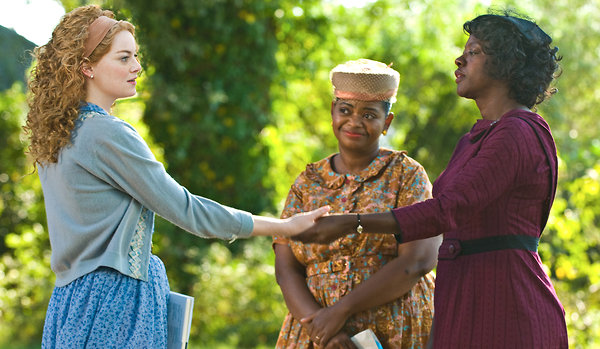 The Help is known for its stellar all-female cast that includes Emma Stone, Viola Davis, Octavia Spencer, Jessica Chastain and Bryce Dallas Howard. Similar to The Blind Side, films like The Help are also on a downward slope due to its safe and meek treatment of a controversial subject.

Set in 1962 Jackson, Mississippi, The Help follows a journalist (Emma Stone), a mouthpiece that exposes the racism the maids face while working for wealthy white families. Despite the social problems it tackles, The Help never surpasses expectations beyond that of being a feel-good fable that lacks the necessary immersion to provide a thorough exposition of the social conundrums in which it is based.

However, there are a few scenes that stand out due to their charm and cleverly written dialogue delivered by brilliant performances by Davis, Spenser and Chastain (all of which received Academy Award nominations). Nonetheless, if the script would have been more bold in its source material and elaborated on the pains and consequences of racism, then perhaps The Help’s leading actresses as well as the Picture itself would have been significantly more prominent today.

Although it is true that Spotlight was only released two years ago and is therefore in recent memory, it has already shown signs of decline in memorability.

Based on true events, Spotlight follows the Boston Globe’s eponymous team, a group of journalists that attempt to expose the Roman Catholics’ history of child sex abuse in Boston. Tom McCarthy’s biographical drama approaches its source material with incredible verisimilitude and authenticity to the journalists’ investigation, and perhaps that may be part of its dilemma.

Spotlight’s commitment to focus solely on the investigation’s dynamics – the sources, the interviews, the legal boundaries, and the journalist pursuit – might have proven contentious for conventional Western audiences that tend to prioritize a more traditional confrontational drama. Whether it would be the direct unmasking of a priest, or the depicting the pain of a sexually abused victim, Spotlight resists both inflating its veridical events and lionizing its characters.

Additionally, Spotlight competed with other critically acclaimed films based on real events such as The Big Shot, Bridge of Spies and The Revenant, all of which sensationalize their source material in their own way and therefore, might have overshadowed the verisimilitude and the notion of ordinariness prominent in Spotlight.

Regardless of what becomes of its memorability, its brilliant and meticulously structured screenplay along with its cast’s solid performances make Spotlight an ideal example of the importance of unity in a film. 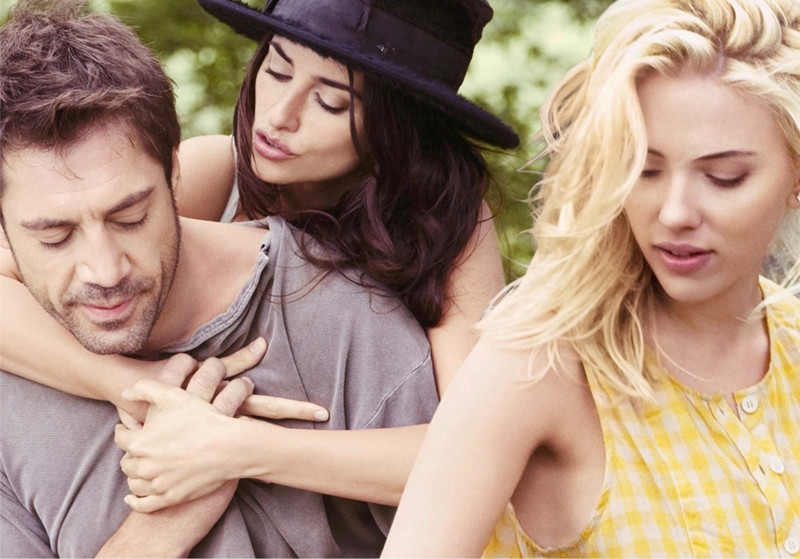 The film’s anticipation for release as well as its performance, was fueled by its production in Spain as well as its cast: Javier Bardem, fresh after No Country for Old Men, and popular A-list actresses Scarlett Johansson, and Penelope Cruz, whose brilliant performance earned her an Academy Award for Best Supporting Actress. The film grossed $100 million at the box office, the highest grossing film directed by Allen in roughly 30 years, since Manhattan (1979).

However, although Vicky Cristina Barcelona stands out due to its accolades and commercial success, like many of Allen’s films, it risks becoming featureless by amounting to the director’s long string of films with similar themes and motifs. The individuality, sexual triangles, the neurotic and witty character that question ordinary living and its purpose, are all tropes consistent throughout Allen’s filmography that he rarely develops, innovates or portray differently.

For what its worth, there is plenty of charm, cynicism, and balance as well as great performances in Vicky Cristina Barcelona to make it perhaps the best Allen film in the lapse between Everyone Says I Love You (1996) and Midnight in Paris (2011).