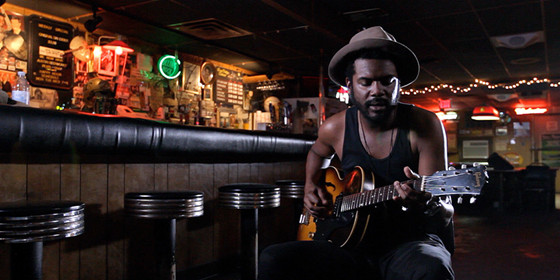 The ever evolving dynamics of race relations and the emotive pioneering generation of the Delta blues is at the crux of this alternately engaging, enraging and inspiring documentary by Samuel D. Pollard (Mr. SOUL!). Narrated by hip hop artist Common, Pollard takes pains to plant the viewer in the heady days of 1964 in Mississippi, specifically what would come to be known as Freedom Summer, when the civil rights movement was in full swing.

Particularly relevant in light of the Black Lives Matter movement and the fact that Two Trains Runnin’ is doing the festival rounds during an election year, it couldn’t arrive at a more necessary and needed time. And while some of Pollard’s storytelling techniques verge on didacticism, there’s a wealth of startling stock footage, powerful interviews, and soulful, stunning music from the likes of Gary Clark Jr., Buddy Buy, the North Mississippi Allstars, and Lucinda Williams to counter any narrative miscues.

Two Trains Runnin’ wisely and compassionately weds the rampant humanism of the Civil Rights movement with the exuberant grace of genuine American artistry. It’s easy to get swept up in it all; the heartbreak and hubris of bigotry and then to cathartically fist-pump at the ecstatic news of “we found Skip!” The ensuing blues revival and the appellation bestowed upon Mississippi as the “Birthplace of American Music” underscores the potential for reconciliation and the curative powers of melody. Two Trains Runnin’ is an exciting and ultimately joyful rush.