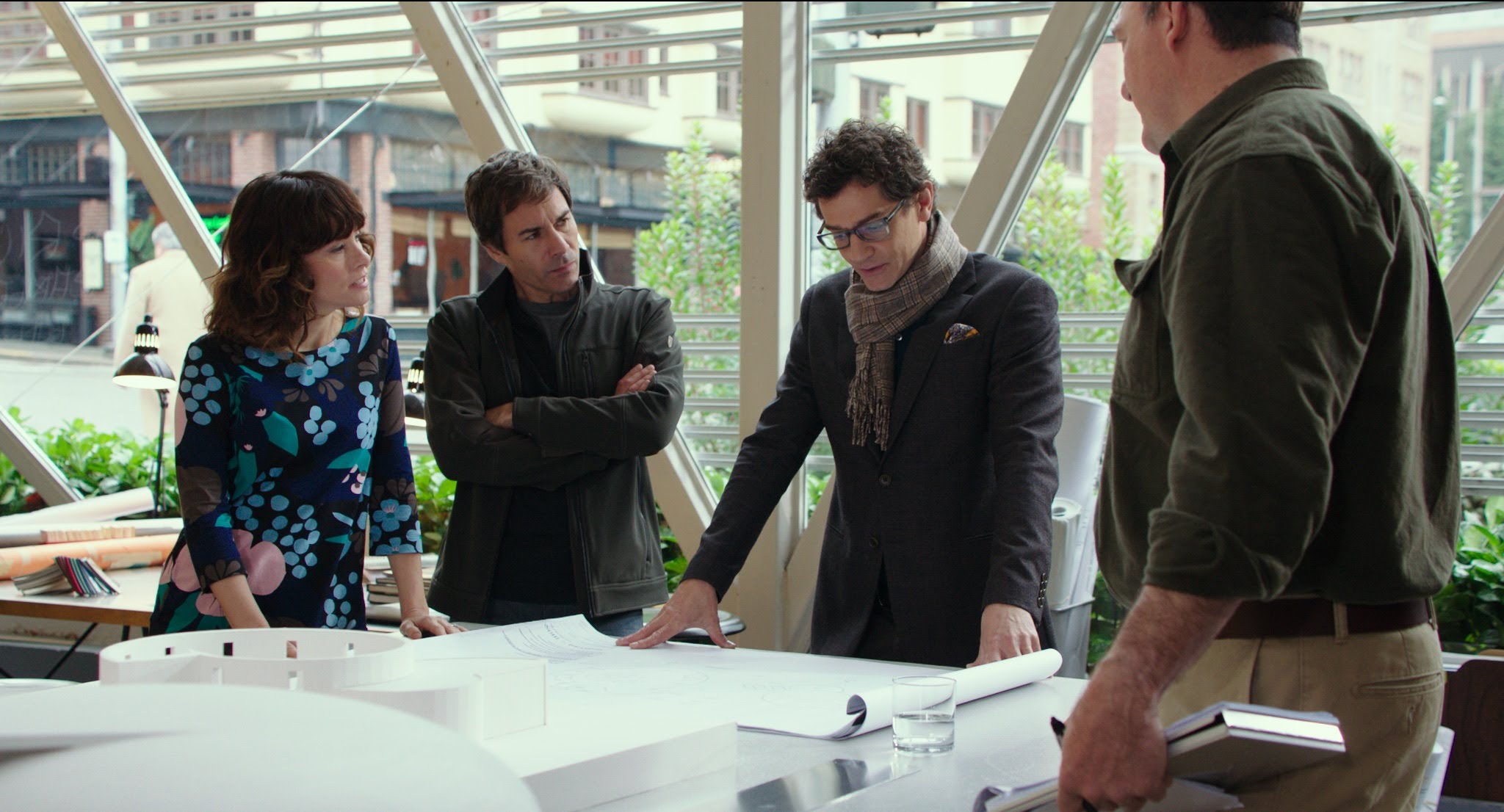 “He’s odd,” remarks Colin (Eric McCormack), who’s not yet won over by modernist architect Miles Moss (James Frain) before we cut to Colin head-to-toe in gaudy blue spandex, with a matching helmet and matching road bike, oblivious to his Smurf-like visage. It’s one of only a few genuine chortles in Jonathan Parker’s (Bartleby) latest and lacklustre contemporary comedy, The Architect.

The premise is promising as married couple Colin and Drew––played by the always watchable Parker Posey, and here the only reason to really keep watching––want to build their dream home and find the right creative mind to do it for them.

The real estate urbanity is ripe for ridicule, and it’s a shame that more wasn’t made of this as The Architect instead treads a predictable path with a textbook love triangle, a requisite quirky charlatan, and other stale placeholder characters (such as Colin’s dull and doting parents played by John Aylward and Pamela Reed, so perfunctory they don’t even have names), none of which are very likeable. And therein lays much of the problem of The Architect’s flawed design; that no one is at all relishable.

Drew gets most of the screen time, mainly because Posey has pizzazz, and Colin, who’s too materialistic and pretentious to root for, gets too much time to tantrum, mansplain, and seethe as his considerable comic skills are mostly wasted.

The third act of The Architect is an absolute mess, with inconsistent tonal shifts, a disheveled and confused conclusion, and an inconsequential final curtain that suggests an overwritten script that, while watchable, it too busy trying to please everyone. For a modern rom-com, which it strives to be, it could use a lot more laughs and more than a little romance. The Architect is in need of a strong design and lacks the materials to persevere or maintain much interest.