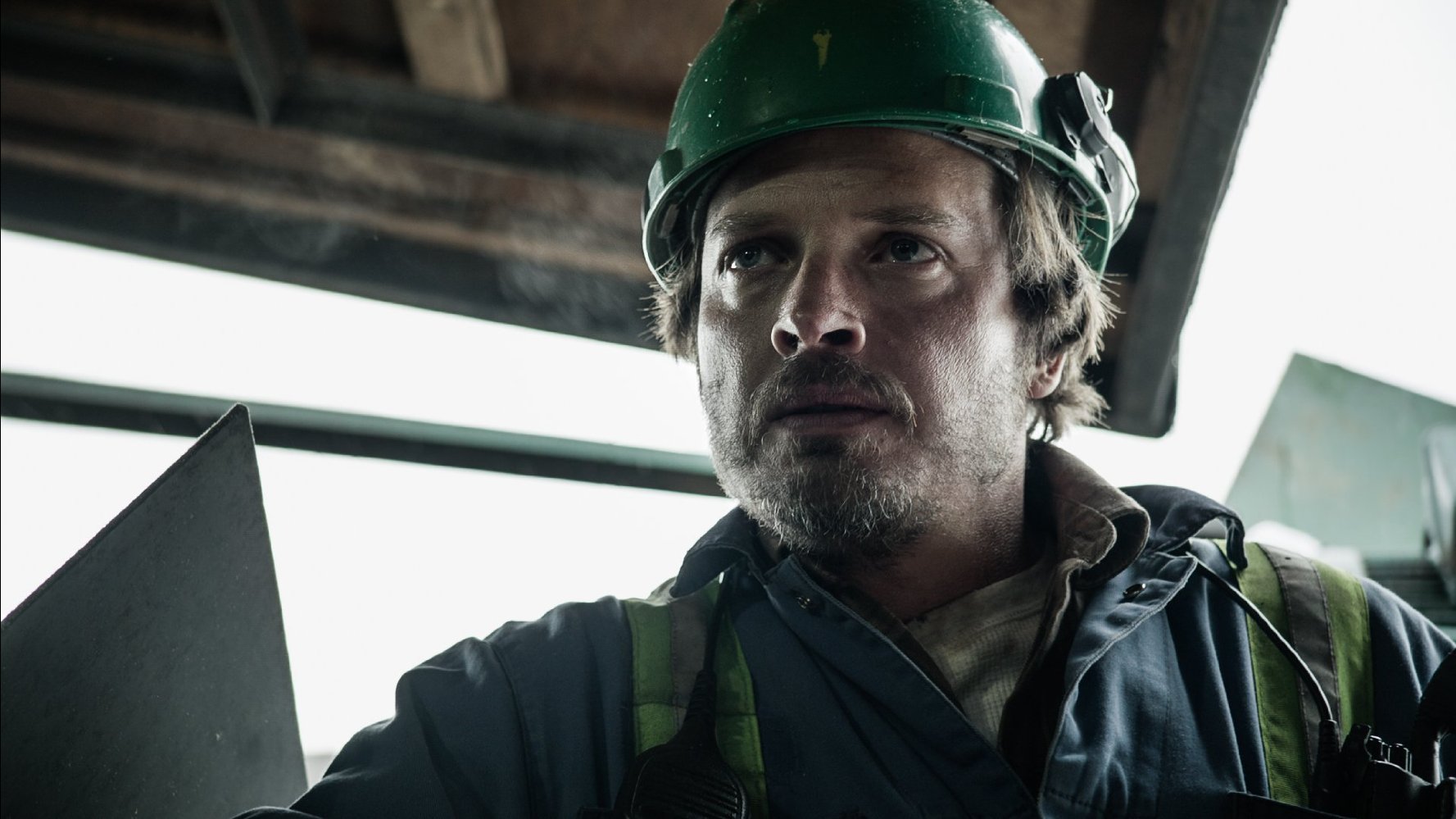 The directorial debut from Geoff Redknap, best known as an old hand effects makeup artist (he cut his teeth on moody sci-fi TV shows like The X-Files and Supernatural before doing features like Cabin in the Woods), is ripe with promise and possibility as he takes a crack at the old chestnut The Invisible Man.

But H.G. Wells this ain’t, and apart from some effective atmospheric details like a morose, dragged down rural British Columbia backdrop and an initially efficacious and palpable performance from Aden Young detailing his isolation, The Unseen soon proves to be pretty awful. Young eventually overstays his aloofness and constant sneer, at least until the film’s messy third act where he morphs into hard-to-swallow hero dad mode, but that’s getting ahead of ourselves.

Ostensibly an entry in the body horror subgenre, Bob (Young) has ditched his family for a Northern trailer park and a lumber mill as he wrestles with the metamorphosis his body is enduring. It’s only in increments that we gather why we can see his insides, an affliction he apparently inherited from his old man and may or may not have passed on to his teenage daughter Eva (Julia Sarah Stone).

The Unseen is in trouble pretty early on when we meet the rest of Bob’s estranged family; Eva, who is of course showing signs of a similar transfiguration, ex-wife Darlene (Camille Sutherland), now a lesbian, and her new partner, Moll (Alison Araya). You’d think by 2016 we’d have moved beyond offensive stereotypes like the angry man-hating butch, but you’d be wrong.

Araya gets the thankless task of being angry and yelling in every scene she’s in, but the Rogue’s Gallery of placeholder characters that begin to populate the picture don’t fare any better (some, like Eva’s obnoxious teen pals, are almost too painful to watch).

Redknap, who has done impressive makeup effects in the past, is here very restrained and subdued. If The Unseen were a wiser and more resolute genre offering this could be a strength, but here it’s more of a snafu.

You know a film is bad when you’re repeatedly distracted by the goopy makeup on most of the cast––though this is somewhat addressed in Eva’s instance as she’s trying to cover up her invisibility. It makes one wonder if that bit of information was deliberately inserted into the film to account for the sloppiness. But that’s just garnish to frequent lapses like Darlene and Moll’s inexplicably allowing Eva to skedaddle with an unwell daddy, and other logical leaps.

The inconsistent acting, cliché-addled dialogue, and unlikable characters don’t offer much to maintain interest. Oh, and the climax is a clinker with a resolution that doesn’t float.

Oh how I wish I could unsee The Unseen, a tired, predictable, poorly implemented, and thoroughly mediocre genre picture.