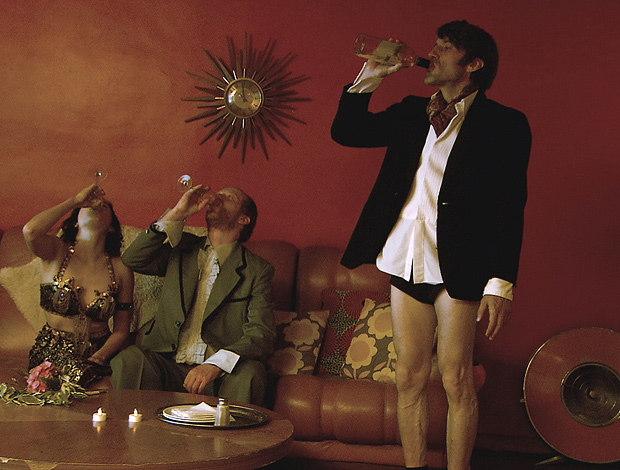 Fans of the early John Waters and early Gregg Araki oeuvre may feel right at home with all the vulgarity and body fluids on display in Steve Oram’s Aaaaaaaah! This is adventurous and crude postmodern cinema, and the easily offended need not apply.

Oram displays a ruthless instinct with sadistic lapses into camp and caricature with Aaaaaaaah!, a film hell bent on upsetting the audience in this tale of society’s collapse. In the film the human stock has downgraded, and devolved into grunting, drooling, depraved, inarticulate primitives.

Robbed of the capacity to speak beyond gorilla-like elucidation, chest-beating, and genital-waving, I found the film to enact a Beckett-like scenario but at least half the audience I saw it with thought it was just shit. Their loss.

A winning cast of Brits including Oram, Julian Barrett, Noel Fielding, and Toyah Willcox add street cred to this one-of-a-kind mindfuck. Aaaaaaaah! is a strangely sublime picture, in turns delicate and disorienting, with a Buñuelian bite and a whiff of nasty nihilism, too. You’ll either love it or you’ll hate it but you won’t ever forget it.

Inspired and audacious, The Editor, from Adam Brooks and Matthew Kennedy of the Winnipeg-based film collective Astron-6, is a brilliant send-up of 1970s giallo cinema. What other film from 2015 combined kinky sex, tarantulas, aerobics, elaborate, violent death scenes, and groovy, synth-driven lounge music?

Capitalizing on a jocular tone that points to the jugular, this film is campy, gory, ill-tempered, and ideal for late night aggregated viewing. Genre linchpin Udo Kier (Blood for Dracula, Suspiria) adds authenticity to the homage-addled production, as do significant roles from Paz de la Huerta (Enter the Void) and Tristan Risk (American Mary).

It’s obvious from what’s on screen that a lot of consideration and care went into this film. The period details are premium, and the formal flourishes are outstanding; from crazy zooms, split-screen frills, and slo-mo froufrou, The Editor overdoes everything with brio. The diehards will canonize it, everyone else might not get it, but that’s how cult films are constructed. Genius! 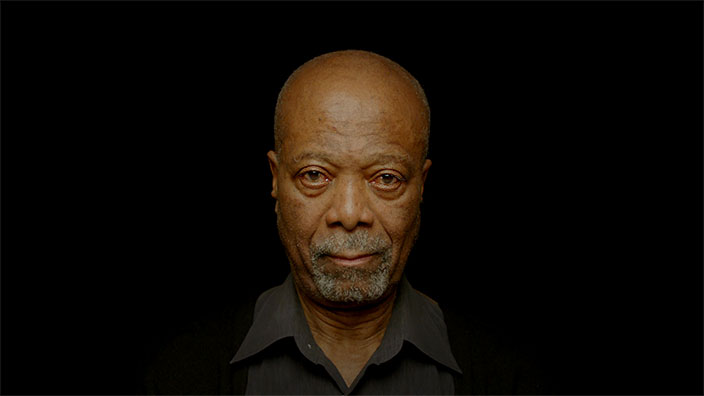 Institutionalized racism tops the agenda in Mina Shum’s fearless nonfiction, the deep-toned and tender Ninth Floor. Spotlighting the Sir George Williams Affair, a regrettable milestone for race relations in Canada from 1969 that saw a 14-day student occupation at a Montreal campus that degenerated into a police-instigated riot.

“Canadians are racist, but they like to apologize for being racist,” says Bukka Rennie, one of the student protestors, and though he sounds self-aggrandizing, he’s also self-defensive. His is the first of many honest and inexplicable moments in a film that deftly swings from moving to maddening in a slight stutter.

Stories of civil disobedience, even if they’re from 40 years ago, still hold striking relevance today, as Ninth Floor proves repeatedly, and perhaps more than ever before. Shum’s subversive storm of a film stirs the audience in unexpected ways, conjuring cathartic tears, angry inquiry, and empowering emotional responses. Not to be missed.

Berlin, 1945, in the aftermath of WWII is where actress Nina Hoss and director Christian Petzold converge in Phoenix, their sixth and perhaps most storied collaboration. Nelly Lenz (Hoss, brilliant), a former cabaret siren and survivor of Auschwitz has undergone facial reconstruction and is searching for her husband, Johnny (Ronald Zehrfeld), a man she has every reason to believe sold her out to the Nazis during the war.

Adapted from Hubert Monteilhet’s celebrated novel “The Return from the Ashes,” Petzold’s artfully assures his status as one of contemporary German cinema’s great filmmakers as Phoenix deftly weds tense atmosphere, stunning melodrama, and richly nuanced characters into a noir psychodrama of consequence and accomplishment. From K.D. Gruber’s detailed production design to DP Hans Fromm’s dazzling lensing, Phoenix is a revenge film romance with resonance, and Hoss’ performance is one for the ages. 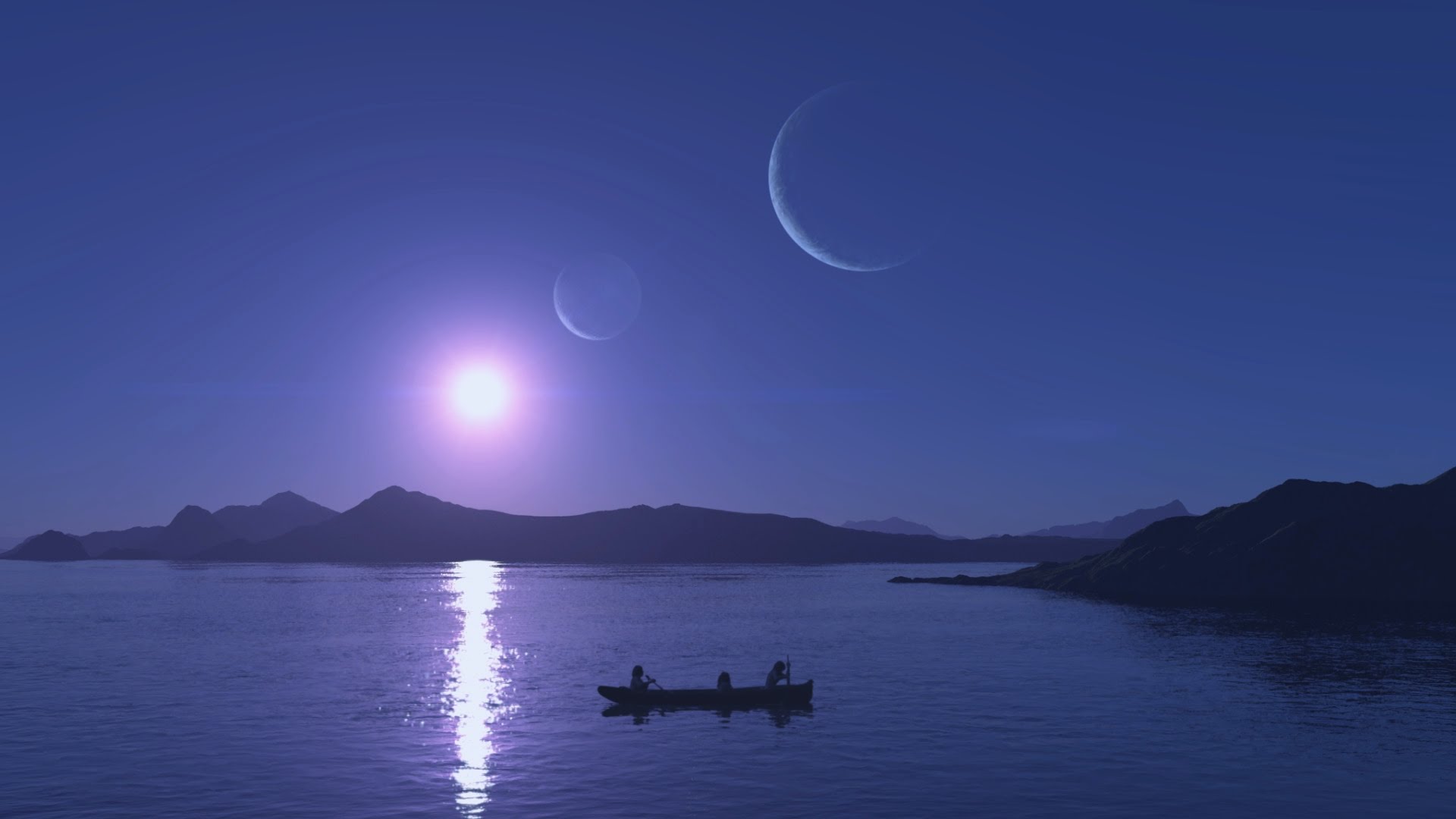 Chilean documentary filmmaker Patricio Guzmán, the visionary behind 2010’s Nostalgia for the Light, continues to deal a winning hand with The Pearl Button, a political nonfiction film that’s lyrical, profound, impressionistic, and as beautiful as it is brave.

Guzmán’s film, which won the Silver Bear for Best Script at Berlin, an unusual and astonishing feat for a documentary, like Nostalgia for the Light before it, continues an artful agitprop on the Andes, the settlement of Tierra del Fuego and the Patagonian Archipelago in such entrancing visages that are rivaled only by Guzmán’s ambition.

The Pearl Button is every bit as breathtaking and serene as the films of Ron Fricke (Baraka, Koyaanisqatsi), the filmmaker most casual audiences of this sort of film will recognize, so fans of similarly epic visual poems, this one is for you, and you’ll love it.

Canadian cult hero Guy Maddin (Careful, Tales from the Gimli Hospital, The Saddest Music in the World) offers us The Forbidden Room, his eleventh feature, which this time around is co-directed by Evan Johnson.

Playing on elements of the Hollywood melodrama and a cocktail of camp and pastiche, The Forbidden Room casts the likes of Charlotte Rampling and Udo Kier in an audacious adventure akin to a fever dream, with episodic detours down, amongst other curious chronicles and cliffhangers, a flapjack-loving submarine crew, nothing like Das Boot, a sentient moustache, marauding bandits, kidnapped sweethearts, and more.

Sound strange? It’s par for the course as far as Maddin is concerned, combining absurd invention with deep ideas and confounding comedy is his usual recipe. The Forbidden Room is an outlandish dish that’s pretty much all dessert. Dig in!

Stylistically experimental and unjustly ignored, Michael Mann’s Blackhat is a mystery thriller about an anti-cybercrime investigation team in what should be considered a late career masterpiece of knee-jerk quirk, brilliant flashes, and cinematic athleticism. Mood, formalism, and style take the front seat as hackers Nick Halloway (Chris Hemsworth) and Chen Lien (Tang Wei) dive through conspiracy and some dog-eared procedural.

More pressing for Mann is the raw urgency of it all, and for adventurous audiences willing to take the plunge, Blackhat rewards with a grandiose and wholly affected approach that’s kinetic and full of flash, like James Bond should be, with an urgency and a take-it-or-leave-it approach that, let’s face it, alienate a more pedestrian public, which may explain why North American audiences largely ignored the film.

Every bit as engaging as Heat, Blackhat is Mann at full mast, with action scenes erupting like fireworks and his trademark savoir-faire overcompensating a familiar narrative. A thrill.

10. The Diary of a Teenage Girl 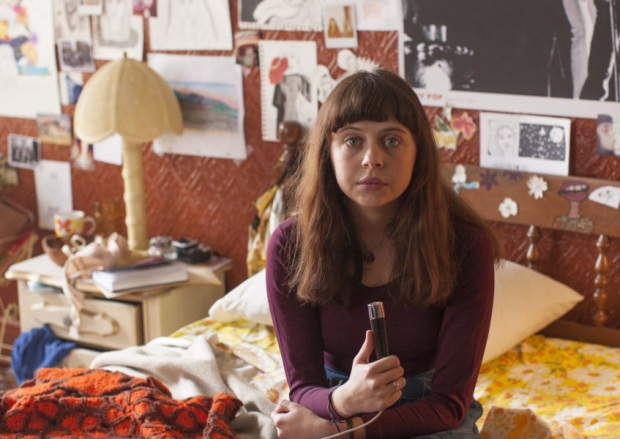 1970s San Francisco is lovingly brought to life in Marielle Heller’s coming-of-ager, inspired by the Phoebe Gloeckner graphic novel of the same name, The Diary of a Teenage Girl. 15-year-old Minnie (a remarkable Bel Powley) is the titular teen, a misfit cartoonist determined to be deflowered by an older man, and, while taboos are shattered, they are never done so as exploitation.

Heller’s directorial debut is an assured one, destined to be remembered in the same way that John Hughes’ teen-centric 80s films are, only here the male gaze is eschewed, and the honesty and insight here is even more pronounced and prized.

Don’t let the conventional title or expected teen dramedy genre clichés deceive you, The Diary of a Teenage Girl is a shrewd, sharp, and unfeigned picture with several star making performances, quotable quips (“I’m better than you, you son of a bitch!”), and remarkable resonance, not just for girls, but for anyone who struggled coming into their own.

9. What We Do in the Shadows

“We’re vampires, we don’t put down towels,” argues Vladislav (Jemaine Clement) with his flatmates, also vampires, and each rather stubborn when it comes to things like doing their share of tidying up, getting on each other’s nerves, and tidying up after their often gruesome dinners. Clement, co-writing and co-directing along with fellow Kiwi Taika Waititi, net lots of laughs and attain assured cult hit status with the comedy-horror mockumentary mashup, What We Do in the Shadows.

Having already cut their teeth together previously on numerous projects including Flight of the Conchords, and Eagle vs Shark, Waititi and Clement have again assembled a great cast of comedians to join them in cracking wise and deadpanning for the camera as they recount the trials and travails of Wellington, New Zealand’s vampire population, along with some rival werewolves, witches, and a few zombies, too.

It’s a quotable procession of slapstick, splatter, satire, and farce, and it’s easily one of the funniest comedies of 2015. Few parodies work as well as What We Do in the Shadows has, and the lampoonery here has bite, sopping up serious howls, ensuring death by laughter all ye who see it.