David Fincher’s career is a classic film maker’s tale of working his way up from the bottom. Starting as a production assistant for Korty films, he steadily moved up the ranks there before being picked up by Industrial Light & Magic as a cameraman and matte photographer where he worked on productions for Return of the Jedi and Indiana Jones and the Temple of Doom.

He left them to direct commercials and eventually gained a name for himself directing music videos ‘til he co-founded his own production company, Propaganda, and went onto direct ground breaking music videos for the likes of Madonna, Rick Springfield, and Aerosmith.

With his talent for directing becoming abundantly clear, he was hired to direct the critically panned Alien 3, an experience so bad he kept away from films and the Hollywood system for years, before being tempted back to make the mega hit thriller Se7en – and, as they say, the rest is gravy.

Fincher’s roots in Music videos have always come across clearly in his work, especially his sweeping, very unhuman camera work. So it’s no shock in a career as stylish and acclaimed as his, that his macabre imagination would have birthed a number of incredible, intense, disturbing, and sometimes beautiful scenes and sequences worthy of discussion, or in this case – a list.

10. Title sequence from The Girl with the Dragon Tattoo 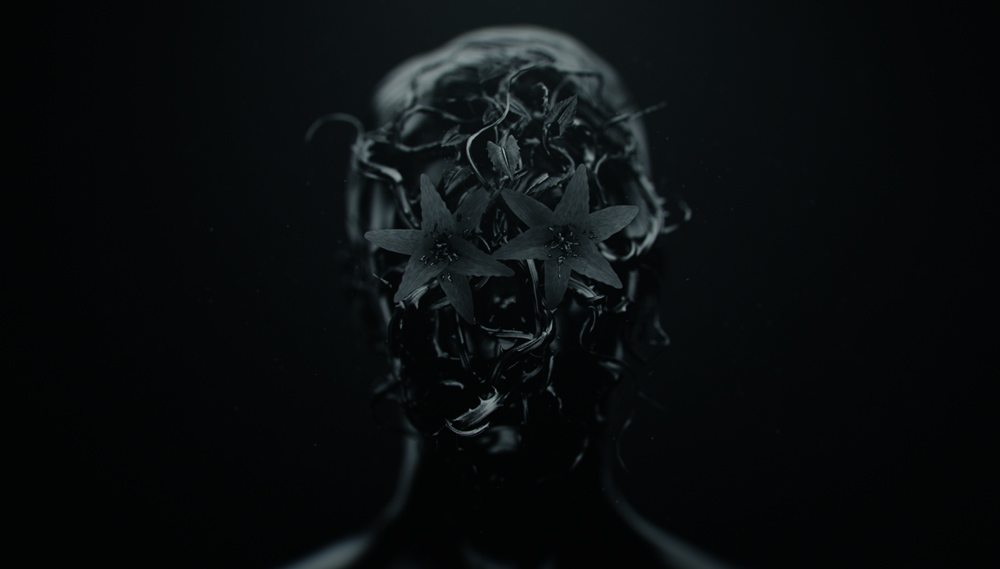 Perhaps an obvious choice from this frost-bitting adaption of the bestselling novel. But even with the rest of the film as well made, compelling, and disturbingly complex as the best of Fincher’s work, it’s this hell spawn of Bond credits and an S&M art film that haunts you. A collaboration between Fincher and Tim Miller (yes, the director of Deadpool) who worked together along with Miller’s effects company Blur Studio to bring Fincher’s wet dream into fruition.

Stitched to Trent Reznor’s savage cover of The Immigrant Song for dear life: it’s raw, angry, and disturbing, it’s everything Fincher’s good at in three minutes and it lets the viewer know what kind of film they’re in for, even if all the bondage, anger, and death isn’t paid off for nearly two hours.

Though much more than just a credit scene for the titular film, Fincher had elements of the following books, The Girl Who Played with Fire, and The Girl Who Kicked the Hornets’ Nest worked into the sequence with just as much importance as the elements pertaining to the story he was telling; and the whole thing can be seen as a Geiger-esque nightmare summation of the series as a whole.

This would have ranked higher on the list if it was purely based on incredibleness, but as this is a look at Fincher’s best work, and this was just as much Tim Miller’s creation, it won its place in starting the list.

9. The first murder/opening sequence from Zodiac 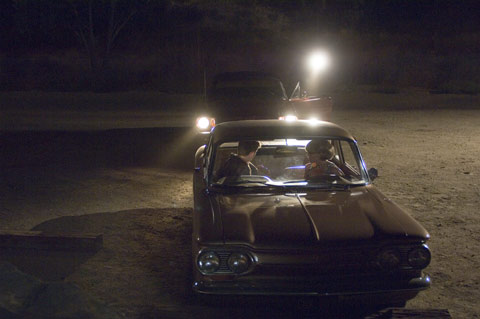 Within seconds of the opening tracking shot, Fincher transports us into 1960s America; white picket fences, fireworks, teen couple and all; his meticulous eye for detail lending perfectly to period settings. But it’s the camera work that brings the scene to life; sinisterly voyeuristic (and Hitchcockian) we follow this inherently normal couple as they drive around, and through casual patches of dialogue learn what they’re doing.

But though their actions are normal, Fincher creates an uncomfortable prickle to it all, like a needle slowly pushing into you, gradually going deeper and deeper as we follow them from crowded suburbia, to isolated grove. It’s a feeling that only the girl seems to be aware of and subtly Fincher makes it clear she’s running from something.

The sequence then crescendos spectacularly as a car drives up and a shadowed man brutally shoots the teens down, then walks away only to come back and shoot them again, as Donovan’s now ear-crawlingly creepy Hurdy Gurdy Man, roars over it. It’s the stuff of nightmares.

The opening ends with the reveal that the boy survived the attack, and we hear the shooter tell the police where to find them, what gun he used, and confesses to having done this before, then hanging up with a chillingly disconnected “goooood-bye”. And with that cut to black, you are just as invested and curious to find out who and what, this guy is as the lead characters we’re then introduced to. In just over five minutes, Fincher makes sure we’re deeply staked in this epic, decade sprawling mystery.

8. And the taxi would have driven by from The Curious case of Benjamin Button 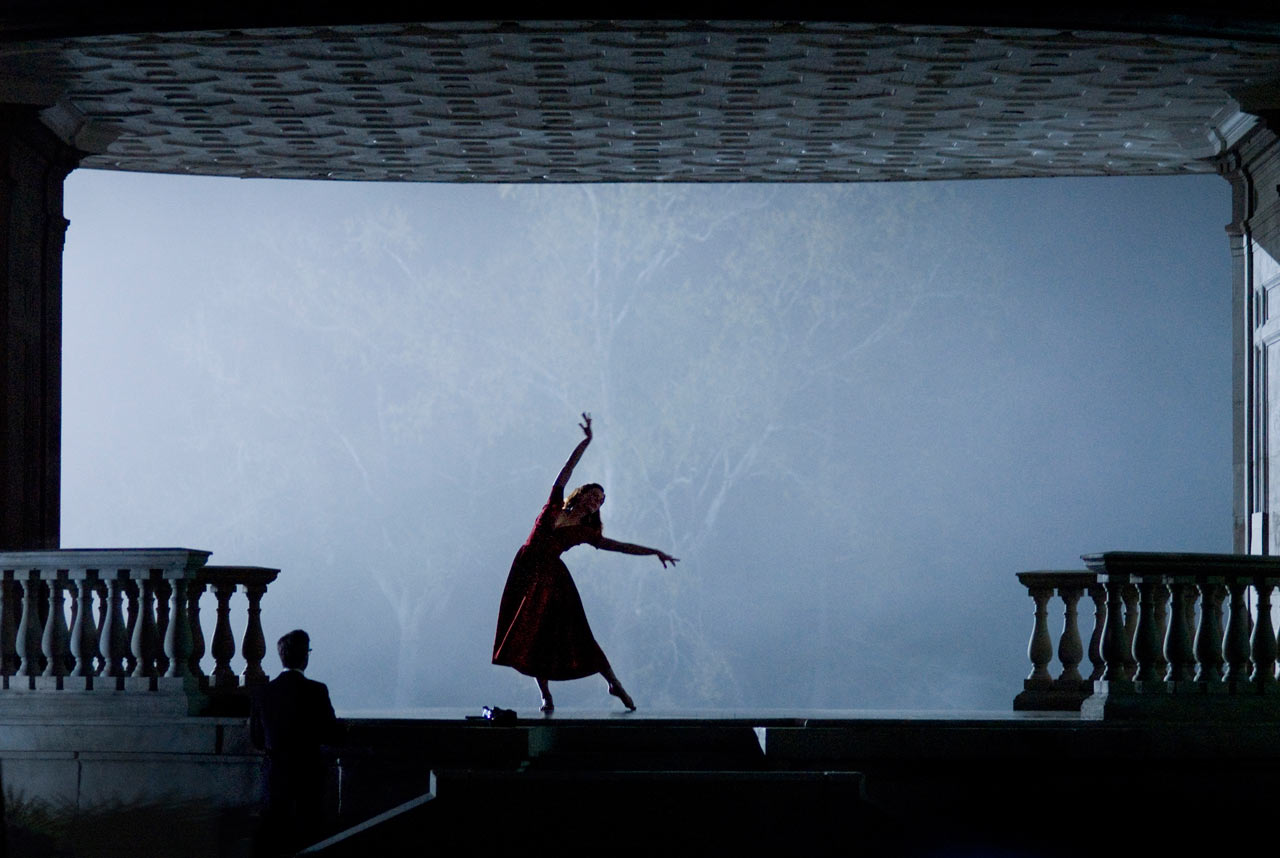 The odd blot on Fincher’s résumé of twisted thrillers and cold dramas: CCBB is his twist on and love letter to classic Hollywood storytelling and grand period pieces. Though not amongst his tightest work, this should still be respected and appreciated all the same, for the whimsical yet charmingly human tale he brought to life. Heavy on themes of the frailty of human existence, and the uncaring hand of fate, which ideas are no better seen than in this breath taking and riveting sequence.

A breezy Pitt with his southern twang muses over all the little twists of fate, from forgotten coats, unset clocks, and broken hearts, which lead to his lifelong love Daisy being hit by a taxi.

It’s an idea we’ve heard of before, but Fincher’s control over every quick glimpse into these peoples’ lives, his focus on feet and legs whenever we cut to Daisy, and steadily rising score, all build to that heart stopping moment when Daisy spirals into the street and the taxi just misses her, and that heart-breaking moment right after in knowing that this isn’t what happened.

Though I think some of the impact is lost when, seconds later, Pitt assures us that she was hit by the taxi and we see that happen; but the sequence is still so resonating, and Pitt’s mournful yet disconnected tone renders it beautifully. It’s filmmaking of the highest calibre.

What else is there to say about this scene? The end of Se7en made David Fincher: a cold burning climax that solidified him as not just a tourist of the dark and twisted, but its new mayor. With John Doe finally in custody…by his own doing, Detectives Morgan Freeman and Brad Pitt accompany him to his last two victims; only for it to be revealed that Doe’s planned for Pitt and himself to be the last victims of his deadly sins murder spree: Envy and Wrath.

Se7en is a pulpy thriller directed like a horror film, filled with dark hallways, claustrophobic rooms, and stomach churning imagery, but this ending turns that all on its head, taking place in the vast, bright desert. Fincher uses this to elevate the horror, making the utter evil as clear as day, while never actually showing us anything.

We never see what’s in the box, just get told, and when Doe is killed it’s done in a wide-shot; Fincher knew that all he needed was the ideas to shock us. But he also used simple techniques to ramp up the terror; swapping his not yet iconic steady cam for handheld as the detectives start to lose control of the situation; getting frantic and blurred as Pitt wrestles with his rage.

All the while keeping the camera low, steady, and menacing on Doe who’s clearly in control, even in death- and who in the end, clearly wins.

Half-way through Fincher’s grand murder mystery/dark satire, it’s masterfully revealed that the apparent murder-victim Amy has in fact orchestrated her whole disappearance to frame her husband for murder to get revenge on him cheating – and is also in fact a complete psychopath. This is given to us lightly through-out her B-plot through the rest of the film, but is fully uncaged in this sequence.

Tired of her old boyfriend/new captor, Amy hastily strips and seduces him, and brings him to the point of orgasm as they screw, only to swifty slit his throat wide open with a hidden box cutter- all cut to Trent Reznor’s hushed blare of a score.

Though the flashes to black are a bit much, Fincher shows us this murder with skin bleeding realism, never cutting away as Amy holds her victim down and continues to ride him as his throat ejaculates gore all over her. Then when the deed is done, Amy takes but a few shuddering breaths before shaking it off and coldly walking away.

We then cut to the reunion of the Husband and a blood riddled Amy as she dramatically returns to him, but, now wise to her game, he comically whispers, “you f*cking bitch” just as she collapses. It’s a sequence that shows off what Fincher’s unflinching style does best, and is a perfect snap-shot of what Gone Girl is- disturbing, warped, and funny.