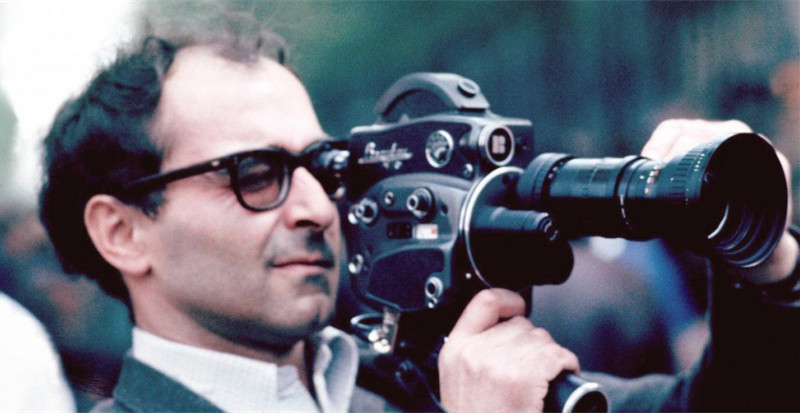 Since the beginning of cinema, the French people have been at the forefront of the cinematic landscape. During the silent and early experimental periods, great French auteurs helped revolutionize the medium, shaping the way for films to come.

As movies evolved, so did France and throughout the different styles and periods maintained a strong role in the international film scene, continuing to transcend the norms and innovate. Perhaps the most well known of all the periods in French cinema is the “French New Wave” during the 1950s and 60s which took the world by storm with its threadbare, emotionally exposed films.

There were many other highly notable and influential periods in French film. In the earlier decades of the twentieth century, many of the big movies and directors in France were admired and imitated by the best of Hollywood. The country’s cinematic output was not limited to a certain style or genre either, excelling in every different form, including animation and documentary.

Over the years, while the movies of some countries have gone in and out of the spotlight, France has always managed to stay in the game with its captivating and challenging films that are enjoyed worldwide. 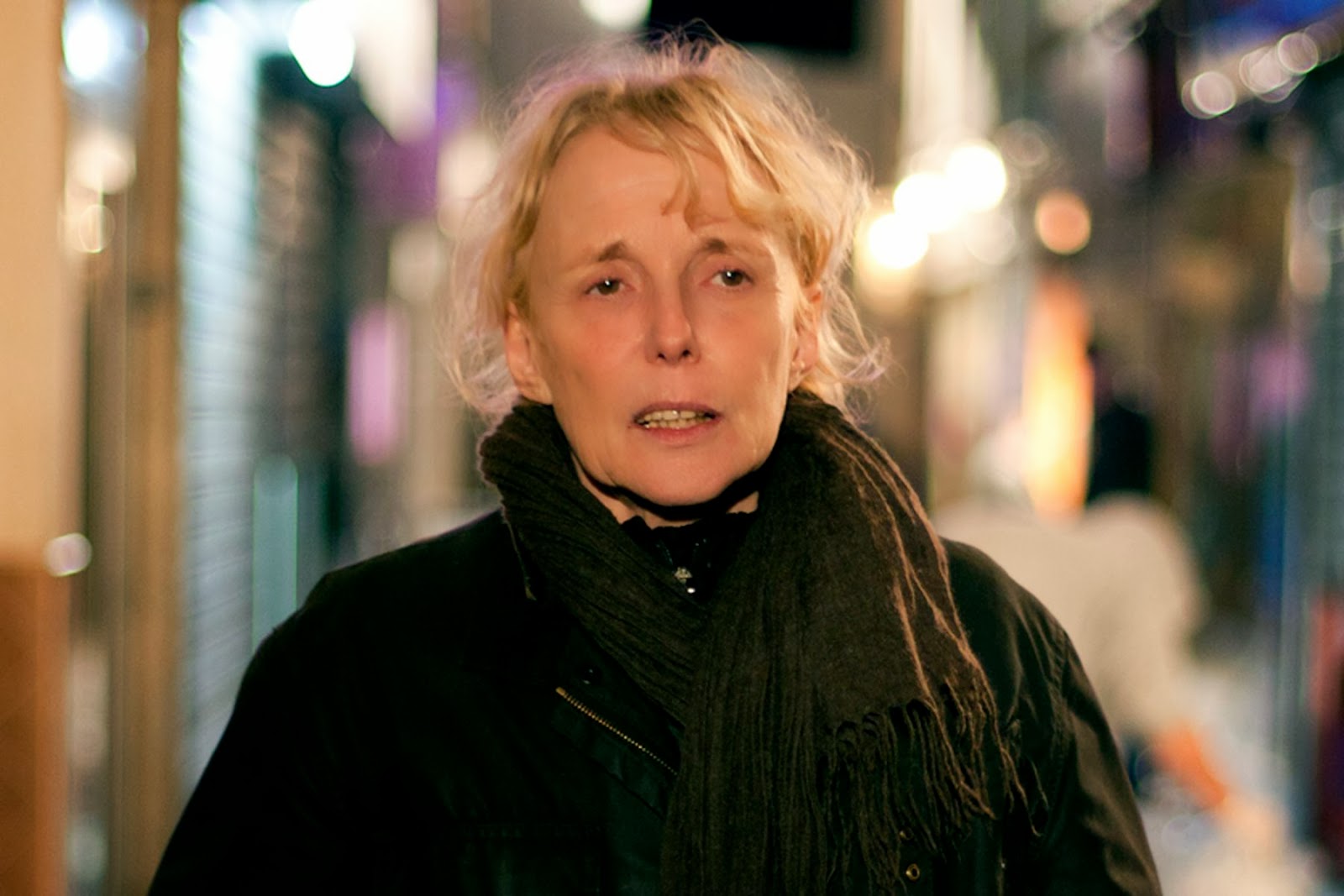 This powerful voice of modern French film was born in France but spent most of her childhood living in Africa. This unique experience has played a large role in Denis’s typically politically charged films, many of which talk about the themes and effects of colonialism.

Her debut film, Chocolat (not the one with Johnny Depp), is a semi-autobiographical movie about a French family that lives Cameroon, following their lives and interactions with the Africans. Denis’s breakthrough success, the film was nominated at Cannes and put Denis on the map. 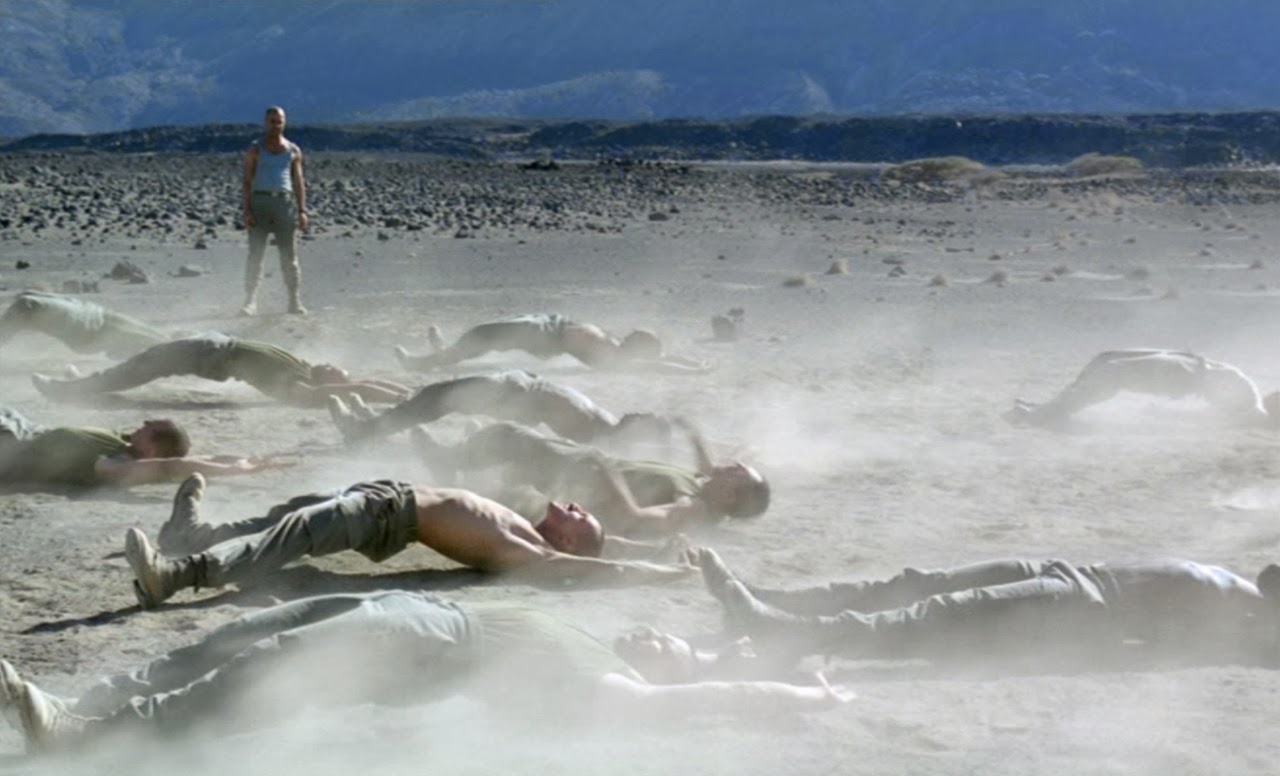 Over the next few decades, Denis continued to make, as well as teach, film. While not many of them reached as big of a success as her first, there are several other bright points of her career. One of her greatest achievements is the powerful film, Beau Travail, based on Herman Melville’s novel Billy Budd.

The film follows a group of French Foreign Legion soldiers stationed in Djibouti, focusing on a conflict between a sergeant and a lowly soldier. Not as well known as some of her other contemporary filmmakers, Denis is a strong and unique voice in French cinema and is still active today. 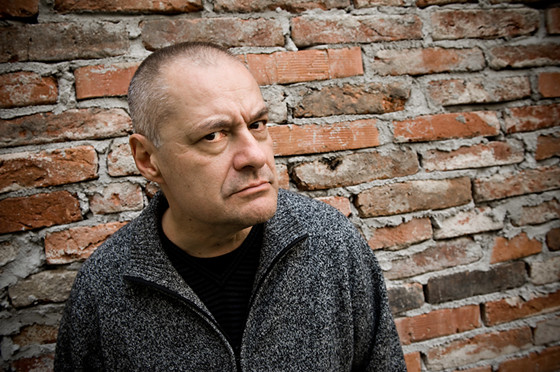 Jean-Pierre Jeunet is a visionary director, known for his distinct and eccentric visual style. The beginning of his career was especially known for having a unique aesthetic and atmosphere, partially because he had an artistic partnership with artist Marc Caro.

Although they only made two film together, Delicatessen and The City of Lost Children, these films became some of the most famous works for both of them. Set in bleak but fantastical settings these two films helped push the boundaries for French cinema which was not known for its adventurous visual styles, at the time. The movies also helped gain Jeunet popularity worldwide.

The success of The City of Lost Children, which starred Ron Perlman, gave way for Jeunet’s big break in Hollywood: the directing of the fourth film in the Alien franchise, Alien: Resurrection.

While this film was quite forgettable, it helped promote Jeunet’s name in America and he followed it up with his greatest success to date, Amelie. Nominated for many awards, including several Oscars, Amelie is a visually vibrant romantic comedy about a quirky shy girl, played by Audrey Tautou, who lives in Paris and goes around helping her neighbors and friends.

With a unique French charm, Amelie captured the hearts of audiences worldwide. Another notable film of Jeunet’s is the World War I drama A Very Long Engagement, also starring Tautou. 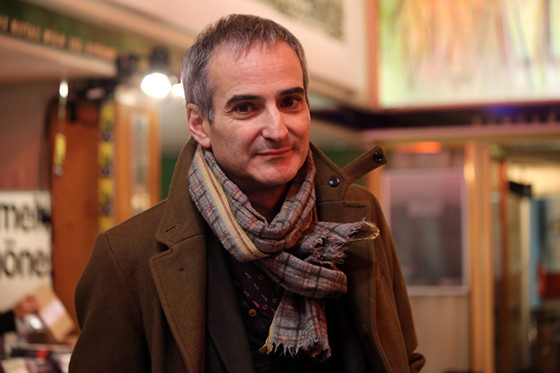 Starting out writing for the iconic magazine “Cahiers du Cinema,” Olivier followed in the footsteps of the great New Wave directors a generation earlier. Unlike many of the other directors of his time, Assayas did not take long to make his films, always working and his career is considerably more prolific than many of his peers.

Starting out directing feature films in the 1980s, Assayas first reached acclaim with Cold Water, a story about rebellious teenagers in love during the rock and roll revolution of the 1970s. He had another hit a couple years later with Irma Vep, starring Hong Kong actress Maggie Cheung, about a director trying to remake the classic silent serial Les Vampires.

Throughout the 2000s, Assayas continued to create intriguing and somewhat experimental films such as Demonlover, a futuristic thriller, and Summer Hours, about a family who must cope with a loss. The director’s most ambitious film to date is the five and a half long epic Carlos, about “Carlos the Jackal,” a Venezuelan revolutionary warrior in the 1970s.

Originally premiering as a mini-series, this violent political film was a smash hit, receiving universal acclaim and giving Assayas his first huge step into the international film scene. More recently, he has made two films with Twilight actress Kristen Stewart: Clouds of Sils Maria and Personal Shopper. 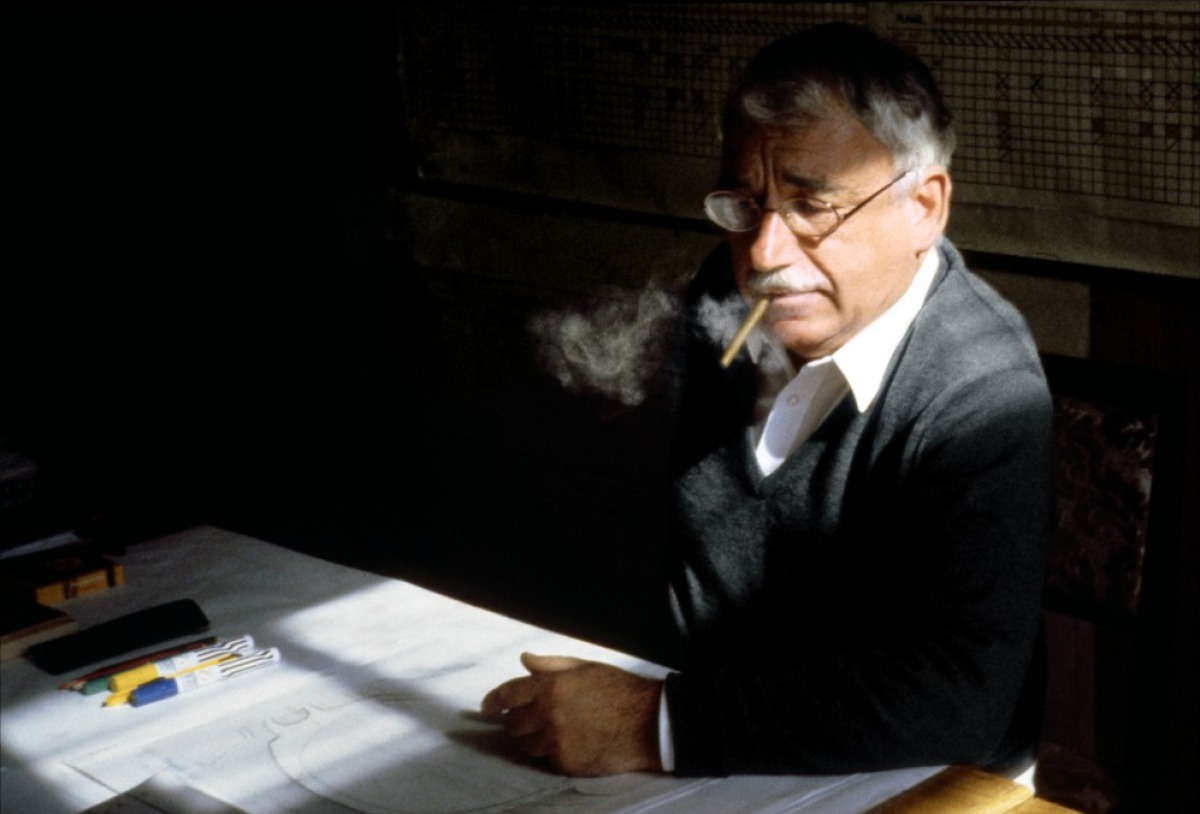 France is generally not the main country that audiences think of when they think about animated movies. Typically, peoples minds jump to the anime style films of Japan or the Disney style cartoons from America. France, however, does have a long tradition of its own unique animated arts and Rene Laloux is one of the most famous French cartoonists to ever make it big.

After working for years as an artist on short films and other people’s projects, Laloux, with the help of fellow artist Roland Topor, came out with his first and largest ever success: Fantastic Planet. This international art house sensation takes place on an alien planet where humans are dwarfed, living alongside humongous aliens.

Although none of Laloux’s other projects ever reached the same level of international success and acclaim as Fantastic Planet, his other two feature length films are also great and worth tracking down.

Time Masters, about a small boy who becomes stranded on a deadly planet, and Gandahar, about an alien civilization that is attacked by a robot army, are similarly wondrous as Fantastic Planet but are more plot heavy instead of philosophical. Even if science fiction is not your favorite genre, Laloux’s films are a must see, if only for the beautiful design and animation they contain. 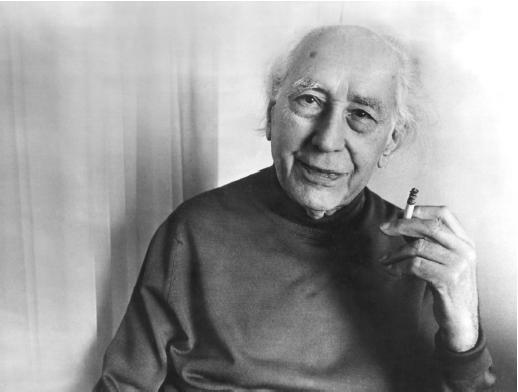 One of the most influential French directors of the Silent Era, Abel Gance contributed much to the medium including many innovative techniques and practices. Starting out as a screenwriter, Gance slowly moved to directing, although his career got interrupted early due to the war.

After spending a brief time working on the front as a filmer, Gance got the inspiration to make his first great film, J’accuse, a romantic drama focusing on the grief and damage caused by the Great War. The film gained international acclaim not only for its powerful depiction of the conditions of the war but also for its technical and stylistic achievements.

Shortly after this success, Gance embarked on one of the largest cinematic projects ever proposed: a six part film about the life of Napoleon.

After much work, the first installment of the project was completed, running at over six hours in length and featuring extremely complex accomplishments in cinematic techniques, Napoleon received universal praise and its reputation has grown considerably over the years and is now considered to be one of the most important films of all time.

Gance continued to make films into the sound era, although none reached the success of his monumental success, and Napoleon remains the sole film upon which his legacy rests. 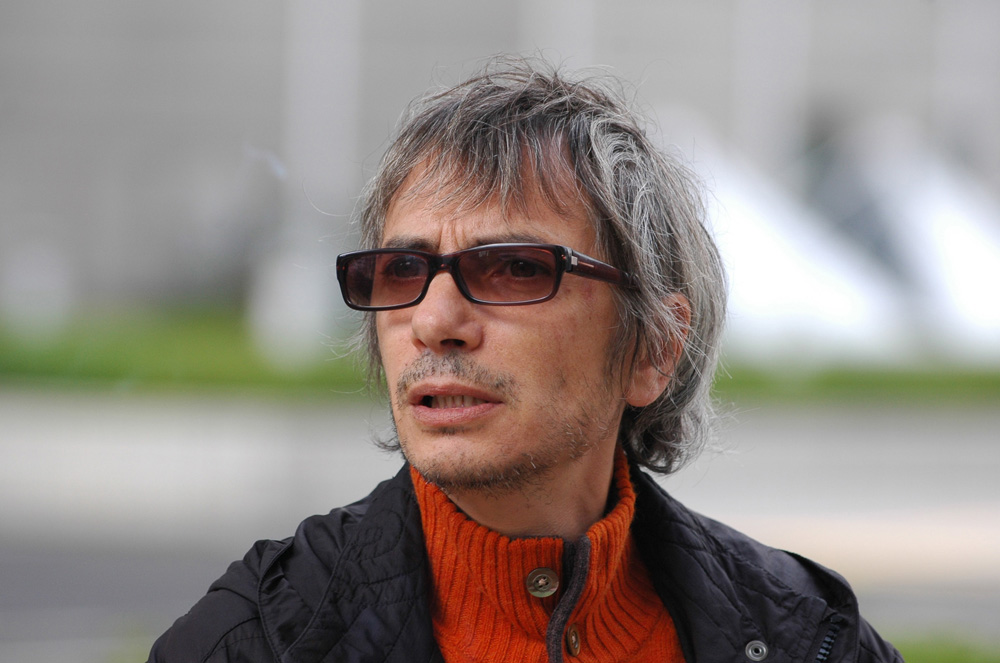 One of the most intriguing filmmakers working today, Leos Carax makes extremely original pictures that both reference older French cinema as well as convey something new. His first film, Boy Meets Girl, stars Denis Lavant as an aspiring film director who falls in love with a suicidal girl ,played by Mireille Perrier.

This debut garnered Carax a great deal of international acclaim and he followed this with two more interesting films, Mauvais Sang and The Lovers on the Bridge, both of which also starred Denis Lavant and Juliette Binoche.

As Lavant’s career continued, his vision grew stronger and his films got more and more unique. His next big picture was Pola X, a controversial film about an incestuous relationship based on a novel by Herman Melville.

In 2012, Lavant made his first true masterpiece, Holy Motors. The film is a perplexing visual treat with a bizarre storyline that follows Denis Lavant as he transforms into different characters and travels around the city, interacting with all of the strange people. A revolutionary step in avant-garde storytelling, Holy Motors is Lavant’s most masterful production yet, leading a path for a brilliant career to follow.