Director Alfred Hitchcock once said that “I always believe in following the advice of the playwright Sardou. He said ‘Torture the women!’ The trouble today is that we don’t torture women enough.” And while that might have been true back in the heavily censored Hollywood of old, times have changed and so has mainstream horror – there’s certainly no shortage of ladies in peril, and the dangers that they face have become increasingly extreme.

But as the genre continues to evolve, some aspects of it have remained untouched – one of which being the archetype of the passive, damsel-in-distress victim.

When there’s maniacs and monsters on the loose, many female characters can still be found scantily-clad and shrieking as they run from the clutches of danger, or blood-soaked and sobbing as the killer closes in. It’s so pervasive that it has its own terminology – the ‘Scream Queen’, a phrase dating back to the early 1920’s defining the actresses commonly associated with such roles.

These parts are often noticeably lacking in any kind of agency or power, which is frustrating for viewers to watch and quickly becomes pretty boring. That’s why it’s so bracingly entertaining to watch horror films in which female characters eschew these tired tropes and take proactive roles, saving themselves and discarding the ‘victim’ narrative. These 10 films offer prime examples of just that, and they’re all the better for it.

On paper, the premise of The Cabin in the Woods sounds almost embarrassingly hackneyed – “Five friends go for a break at a remote cabin in the woods, where they get more than they bargained for” – an endlessly played out premise as seen in The Evil Dead, Cabin Fever and countless other grisly horror outings.

But The Cabin in the Woods is no ordinary horror, and Dana’s characterisation is anything but clichéd. When the eponymous cabin falls under siege from sadistic zombies the group soon discover that much larger, darker designs that have been drawn around them, and their fight for survival becomes even more hazardous.

Dana rises to the occasion magnificently, and to top it off, retains her strong moral compass and undying loyalty to her friends. A scene in which she executes a brilliant plan to quite literally unleash hell on their attackers is just one of many highlights in this sharp subversion and gleeful celebration of the genre. 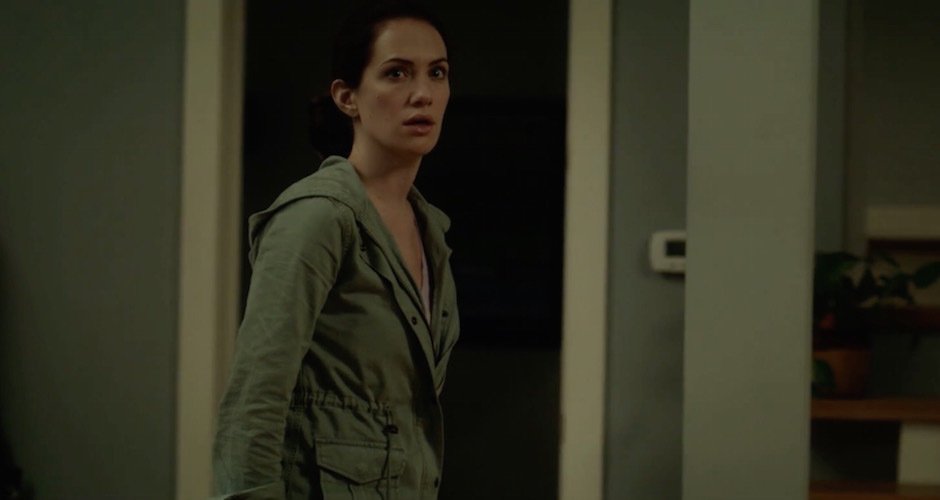 In 2016’s home invasion-horror Hush, Maddie (Kate Siegel) is a deaf author that lives alone in a secluded forest property. Or to put it otherwise, she is literally in the worst position possible when a fully armed and homicidal maniac appears outside of the window. With no foreseeable means of escaping or reaching anyone for help, she’s forced to rely her wits to survive.

Hush is short and sharp, just 81 minutes long and spilling over with tension and shocks. Its simple premise is incredibly effective, and Maddie’s deafness provides a wholly original vantage point for the audience, harnessed effectively by director Mike Flanagan (most notably in the films excellent opening scene). Her actions are resourceful and her reactions credible, and it’s this believability that makes the film so gripping.

John Gallagher Jr. is chillingly psychotic as the anonymous killer, and there’s a strange but resolute chemistry between the two, a scorching animosity perceptible even through panes of glass. It would be impressive for Maddie to triumph over him in spite of her disadvantages, but to use them against him? It’s what makes her a truly great character. 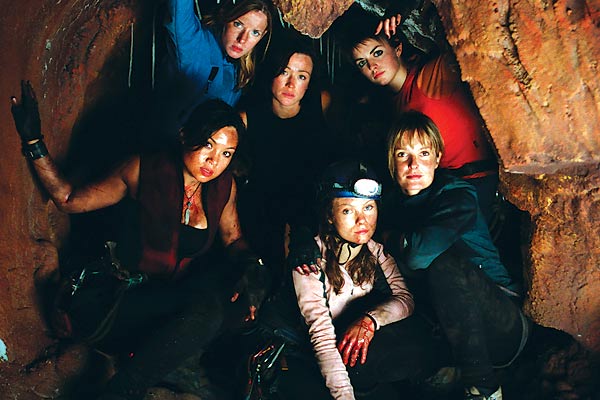 Still in mourning for her husband and child that were tragically killed in a car accident the previous year, it’s with a perceptible reluctance that Sarah Carter (Shauna MacDonald) joins her group of girlfriends for a caving expedition in the Appalachian Mountains.

But after a structural collapse in uncharted territory leaves them without an escape route, they begin to realise that they might not be alone down there, and the situation goes from bad to deadly.

Creepily claustrophobic and slick with blood, The Descent is a harrowing movie experience that draws on innate fears of entrapment and confinement. What sets it apart from similar horrors however, is that it features a main cast completely composed of women, a conscious decision made the filmmakers to defy horror convention that provides the film with not one but six resilient, interesting female characters.

But it’s Sarah that is undoubtedly the standout heroine, having proved herself to be a true survivor even before the carnivorous cave creatures start to emerge.

Themes of unity and female bonding are the core of the film, and despite her increasingly fragile mental state, Sarah’s greatest asset is her unwavering loyalty to the friends that she loves and trusts.

Set in 1971 and based on true events, The Conjuring tells the story of the Perron Family as they move into their new home, a ramshackle Rhode Island farmhouse with a mysterious history.

After strange happenings in the night escalate into terrifying manifestations, paranormal investigators/husband and wife Ed (Patrick Wilson) and Lorraine Warren (Vera Farmiga) are enlisted to help. After a terrifying possession the situation becomes deadly, and the couple find themselves pushed to breaking point in order to save the Perron’s and themselves.

Director James Wan is masterful at creating suspenseful, old-school scares with an emphasis on practical effects, which along with a cast of talented performers, creates a tangible sense of realism. Wilson is brilliant and brings real gravity to the role of Ed, but it’s Farmiga that shines as paranormal clairvoyant Lorraine – smart, brave and utterly compelling.

Haunted by her own demons, Lorraine battles physical and psychological torment from inhuman forces in order to save others, in spite of the traumatic personal risks. In her retro ruffled blouses and demure skirts, she may not look like a stereotypical horror heroine, but remains a captivating one nonetheless.

Meeting the parents of your significant other is always a harrowing experience – potentially more so when the secluded family home becomes targeted by masked murderer’s intent on massacring all of the inhabitants.

It’s the situation that Erin (Sharni Vinson) finds herself in in 2011’s ‘You’re Next’, but as a martial-arts expert raised on a survivalist compound, she has a better handle on the situation than most when the arrows start flying.

Director Adam Wingard is quickly establishing himself as one of the most exciting names in contemporary horror and ‘You’re Next’ was undoubtedly his breakout hit. Innovative and energetic, it’s gleefully entertaining to watch the anonymous killers get more than they bargained for from the deceptively diminutive Erin.

But as the number of survivors start to quickly diminish, a startling twist soon forces her to rely on her strategic prowess and cunning as well as her strength and agility.

It’s impossible not to root for her against gruesome odds, and her sheer strength of will along with the film’s pitch-black humour and sickeningly creative gore make it a must-watch for horror fans.