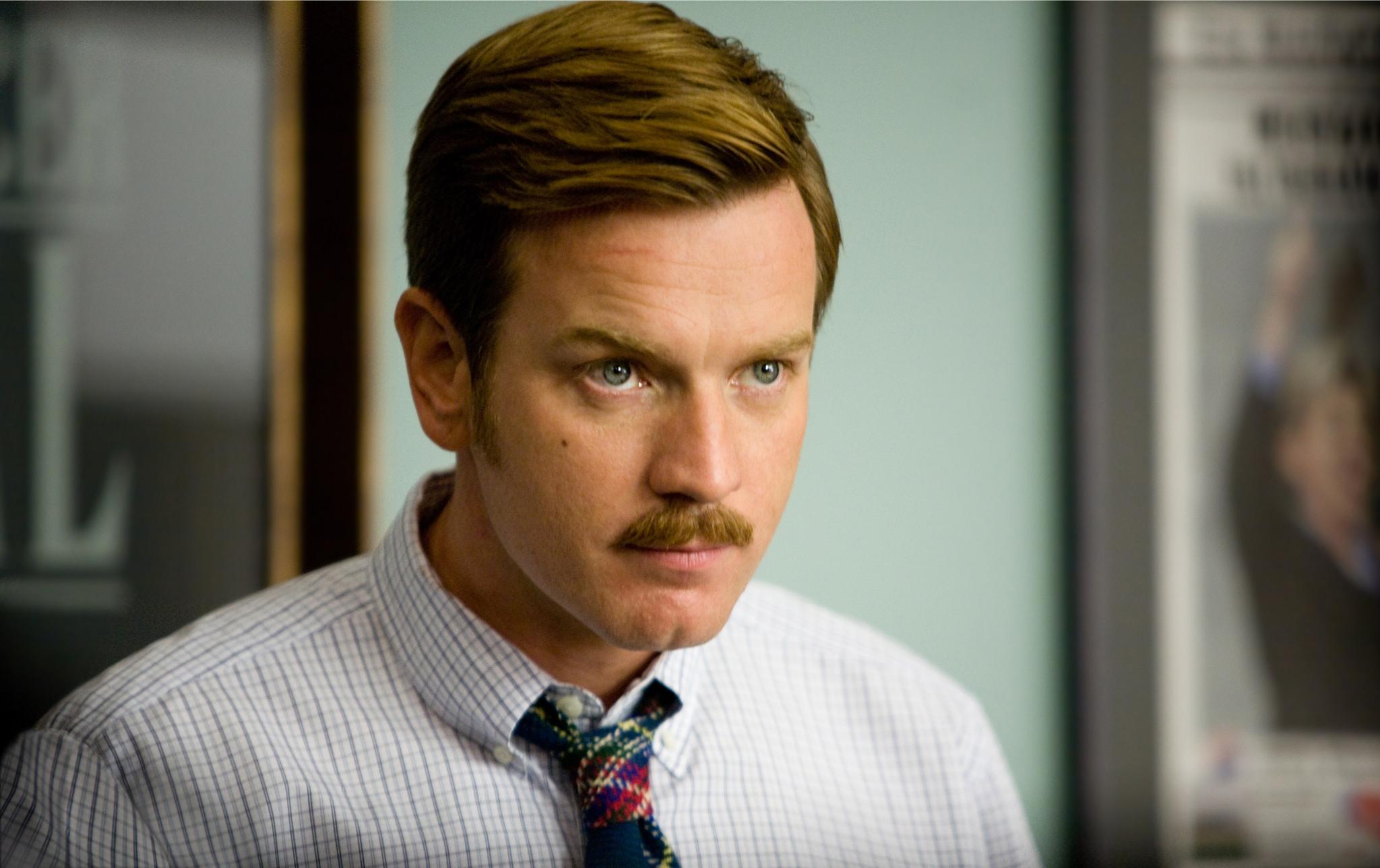 Weird movie titles go against the usual rules for naming a movie. Generally a good movie title is simple, hints at the genre and is easy to remember. It will also give the audience a good idea of what to expect so that they don’t feel disappointed that the movie didn’t deliver what they were hoping for.

A good title won’t give away the whole story but will get an audience thinking about what is going to happen. When Harry Met Sally (1989), Rebel without a Cause (1955) and The Usual Suspects (1995) are examples of great movie titles that spark an interest in the film, regardless of what is already known about it.

A weird movie title can give away too much information, be hard to pronounce, overly long, gimmicky or use an unsuccessful pun. If you feel awkward asking for tickets for it at the movie theatre, you’ve got yourself a weird movie title. “Can I get two tickets for The Assassination of Jesse James by the Coward Robert Ford” is hardly the most fun sentence to say.

Having to do prior research on how to pronounce a title before taking your date to see it so you don’t look like an idiot is another sure sign its weird. The same goes for if you have to practice saying it.

It’s far more enjoyable to say a movie title that rhymes or has assonance and these really stick in your mind. Quentin Tarantino got this so very right with The Hateful Eight (2015) and Kill Bill (2003). Some movie titles which sound almost musical when they are spoken, like Suspiria (1977), Pan’s Labyrinth (2006) and Holy Motors (2012), are easy-to-say and examples of very successfully titled films.

By giving a bad movie a weird title, the film gets the curiosity vote. When a movie has a weird or ridiculous title, it can spark the same type of fascination that comes with a good movie title, where a viewer has to see what the film is about.

This type of film naming was particularly popular in the 1980s, due to a huge increase in straight-to-VHS movies that didn’t have any marketing budget behind them. This meant that the title had to stand out at the local Blockbusters and that was its advertising. How could you walk past Hollywood Chainsaw Hookers (1988) Rabid Grannies (1988), Microwave Massacre (1983) or Creepozoids (1987)?

This naming method has remained an integral part of the current B-movie trend, Troma’s Poultrygeist: Night of the Chicken Dead (2006), Sharknado (2013), Killer Mermaid (2014) and Zombeavers (2014) all use weird titles rather than marketing money to get noticed.

This list looks at 20 weird movie titles that cause maximum embarrassment trying to say them, that give away too much information, include bad humour and are just plain silly. 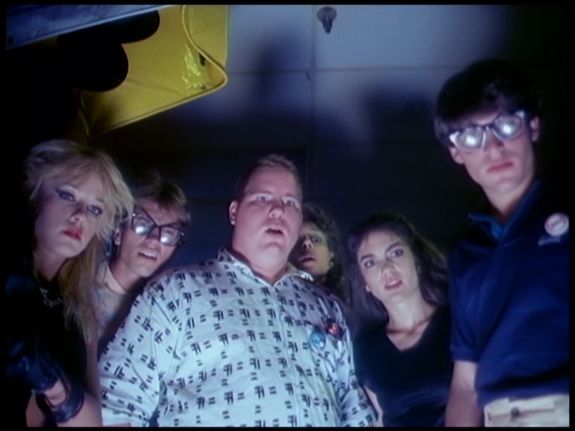 This title is not only a bit of a tongue-twister but it poses so many questions. What is a slimeball bowl-o-rama? Why are there sorority babes in there? What could possibly happen? Probably not what you’d expect!

Sorority Babes in the Slimeball Bowl-O-Rama quickly descends into B-movie weirdness when a wish-granting imp is released from being trapped inside a bowling trophy then many decapitations ensue.

The title doesn’t hint that it’s a horror but leans more towards the humour element. The movie is as weird, if not weirder than the title and is classic low-budget 80s comedy horror. It had limited a release in 1988 but has since built up a ‘so bad it’s good’ cult following and stars ‘scream queen’ Linnea Quigley of The Return of the Living Dead (1985) fame.

2. The Adventures of Buckaroo Banzai Across the 8th Dimension (1984)

Not only is this title overly long but it also has a weird name, ‘Buckaroo Banzai’ and a weird place, the ‘8th dimension’, included in it. This means that there are many elements that make it hard to remember. What is the guy’s name again? Bucky someone? Which dimension is he in? It does hint that the genre is sci-fi and comedy but it certainly doesn’t roll off the tongue very easily.

The movie is about a surgeon/rock musician/adventurer called Buckaroo Banzai and his men, the Hong Kong Cavaliers, who fight evil alien invaders from the eighth dimension.

While the title reflects the trend in the 1980s of ‘wacky’ movies it’s length and silliness make it a weird movie title. The inspiration behind the weird name and strange concept of the movie was taken from Doc Savage pulp magazines that appeared in the 1930s and 1940s. 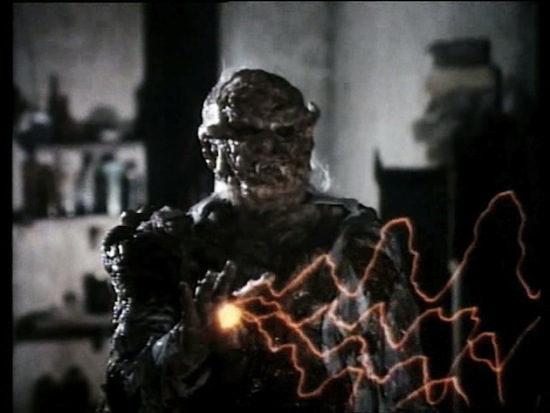 While this movie title is quite obviously a horror, it is easy to say and not hard to remember, it does sound a bit too comical for a serious horror thanks to the word wind.

One of the first things that springs to mind when someone says wind, is gas and this title sounds like the movie would be part Exorcist, part farting scene in Blazing Saddles.

It’s hard to take it seriously right from the start, especially as the tag line is “it’ll blow you away” and as terrifying as being surrounded by demons who have consumed too many sprouts would be, this wasn’t the type of fear the movie was aiming for.

The film follows a group of friends, who travel to a farm, where a mysterious fog has set in. The friends quickly start being attacked by demons and the undead.

The title of this movie really lets it down and does nothing to convey the idea of a horror movie that should be respected rather than laughed at. 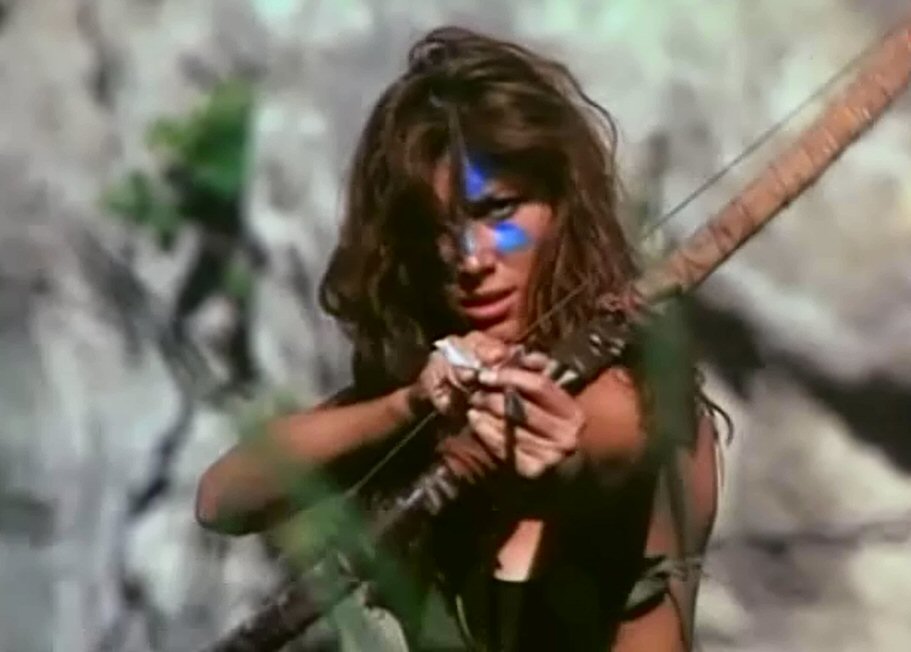 This title has a lot of elements to remember, the women are cannibals, the jungle is an avocado jungle and it’s deadly. The title does hint that the movie is comedy horror and despite its ridiculousness, is quite fitting considering it’s a pastiche of exploitation movies, in particular, Cannibal Holocaust.

It tells the story of Margo Hunt, a professor in feminist studies, who has been hired by the US government to track down a tribe of cannibal women, called the Piranha Women, who sacrifice and eat men. Her job is to convince the tribe to move to a reservation condo in Malibu, where there is a plan to domesticate the women with aerobics classes and Cosmopolitan magazine.

The weird movie title is fitting for the film, which pokes fun at various stereotypes of men and women, political figures and celebrities.

While this title is certainly easy to remember, it gives no clues as to the genre or premise of the movie. It sounds like it could be a happy movie about a friendly house. Instead it’s a Giallo movie about death, murder and more death.

The Italian horror sees a man who has been hired to restore a large, gruesome painting on a church wall. It soon becomes apparent that the painting was inspired by the torture and killings that the artist who painted the mural, committed himself.

The movie has a few variations of its title, including The House of the Laughing Windows. It is revealed in the movie that there is a house that has mouths painted around the windows but that is the only explanation within the film as to why it is called The House with Laughing Windows.

6. The Positively True Adventures of the Alleged Texas Cheerleader-Murdering Mom (1993) 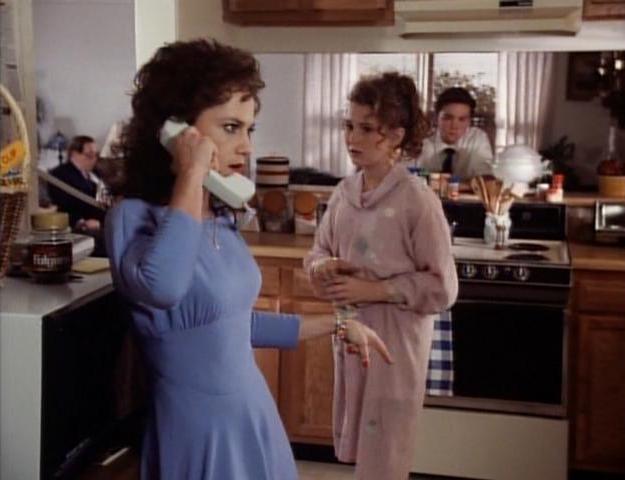 This lengthy title is hard to remember and not the easiest to say unless you’re really concentrating. It also gives away the whole movie in the title. The odd wording, mixing ‘adventures’ with ‘murdering’ does hint at a dark comedy, which is fitting for the film.

It’s based on the true story of Wanda Holloway, the woman who was known for attempting to hire a contract killer to murder her daughter’s cheerleading rival. Wanda tries to get her ex-husband’s brother to help her and he wants nothing to do with it.

After several unsuccessful attempts, he manages to convince the police that she is serious about killing the cheerleader. She is eventually arrested and charged with conspiracy to commit murder. The media get hold of the story and it makes front-page news all around the world.