What is really surprising is how it managed to get an R-rating from the MPAA as opposed to an NC-17 rating, which should be viewed as a strong indictment on the whole ratings system and the politics that surround it.

Despite giving it a 4 out of 4 rating, Roger Ebert said that “The movie is 126 minutes long, and I would guess that at least 100 of those minutes, maybe more, are concerned specifically and graphically with the details of the torture and death of Jesus. This is the most violent film I have ever seen”. 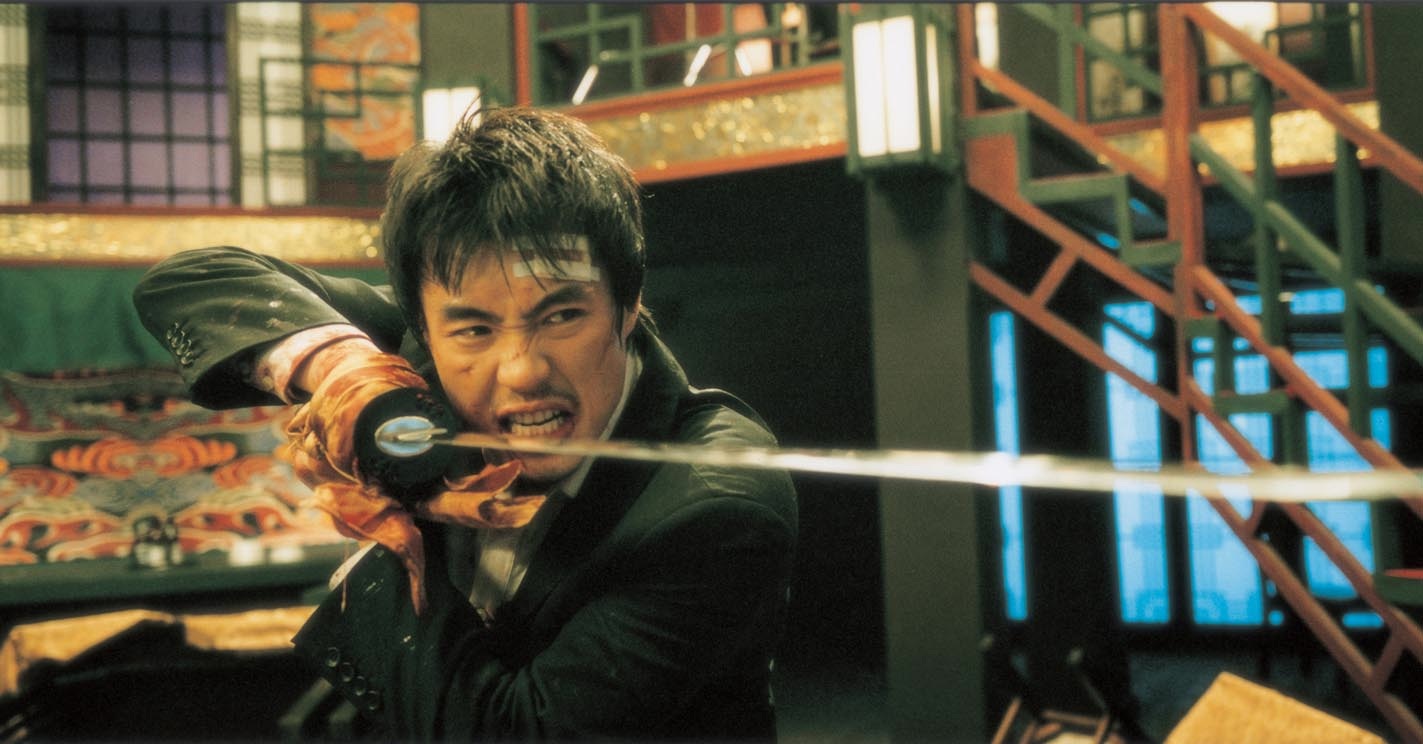 This South Korean actioner was co-written, and directed by Ryoo Seung-wan, who also co-stars in it with the martial arts director Jung Doo-hong. The story is about four childhood friends reuniting for the funeral of one of their old friends. Two of them decide to investigate his death and end up seeking out vengeance against his killer. While there are several small fight scenes in this, it’s the near twenty minute final fight sequence that makes this one so memorable.

It is a beautiful combination of action and interesting visuals as the two men fight their way through a restaurant to reach the main baddie, taking on hundreds of thugs with weapons and loads of kicks. It is violent, brutal, artfully filmed, contains some humor, and is accompanied by music that you would hear in genres such as spaghetti westerns and 1970’s exploitation cinema.

“Some lines should not be crossed…”. A gang of thieves escape from Paris after a robbery and stop at a family’s local inn, only to discover that the Texas Chainsaw Massacre style family has some sadistic plans for them.

This is part of the series of films that ended up being referred to as New French Extremity or New French Extremism by Artforum critic James Quandt, which was initially meant to be a negative term used against these new French horror productions that featured an extreme amount of violence.

This one may start out slow for some viewers, but the last half of the movie is a roller coaster ride of violence that doesn’t let up until the credits roll. An NC-17 rating by the MPAA prevented it from being shown at Horrorfest 2007 and received a very limited theatrical release, with a DVD release shortly after that.

Leave it the Japanese to dream up some of the most off the wall and bizarre cinema that you have ever seen before. After working on the special effects for another wild cinematic feast titled Machine Girl, Noboru Iguchi was asked to make another film. He decided to do a remake of an older independent picture that he had previously made called Anatomia Extinction.

The story involves a female police force hunting down a group of mutant rebels referred to as the engineers. It almost defies an appropriate explanation of its unique bizarreness, with Chicago Tribune film critic Michael Esposito describing it as “sick, twisted and gory, but surprisingly funny in an adolescent boy fantasy way — Beavis and Butt-Head would love it”. 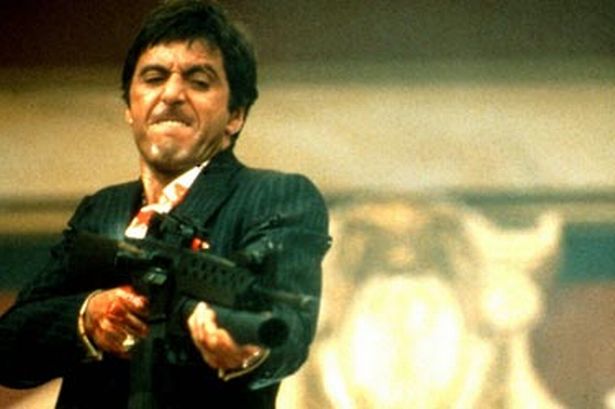 “He was Tony Montana. The world will remember him by another name…SCARFACE”. Most people know of this masterpiece from director Brian De Palma, which is a remake of a 1932 film with the same title.

It is about a Cuban refugee who comes to Miami and becomes a drug kingpin, bringing a new level of violence to the city. It is beautifully filmed by De Palma, with a series of stunning crane shots. The synthesized score from Giorgio Moroder is excellent and fits perfectly for the era.

It is one of the most quoted movies, uses the “F” word almost 200 times, and is also one of the most violent, from the memorable chainsaw sequence in the beginning all the way to the wild blood soaked finale. The body count ranges somewhere around fifty, with a majority of those occurring at the end.

In some bit of irony or fortune telling, the script was written by Natural Born Killers director Oliver Stone. His motion picture also makes this list. It received very mixed reviews from the critics upon its release, but since then has been consistently included in most lists ranking it as one of the greatest movies of all time.

“Nine men who came too late and stayed too long…”. It is Sam Peckinpah’s Magnum Opus and arguably one of the greatest westerns ever made, while also having the distinction of being one of the most violent films ever made.

It is about a group of aging outlaws looking for that one final score so that they can retire, all set in an era where the west was almost dead and technology was beginning to take over. It features William Holden, Ernest Borgnine, Warren Oates, Ben Johnson, and Robert Ryan.

One critical aspect that made this so violent then and even today was the prominent display of blood, which was something that didn’t previously appear in a typical western. Peckinpah wanted to show that gunfights and murder were “ugly, brutalizing, and bloody awful; it’s not fun and games and cowboys and Indians.

It’s a terrible, ugly thing, and yet there’s a certain response that you get from it, an excitement, because we’re all violent people”. There is violence and murder throughout this picture, but it’s the epic finale that makes this one so violent and memorable. It lasts less than five minutes but it’s a masterful gun battle that is both beautiful and extremely violent.

The term “Wild Bunch ending” would be used by other filmmakers to describe the type of wild gun battle that they wanted to have at the end of their movie. This has to be credited for influencing every major gun fight sequence that would come after its release; paving the way for future generations of filmmakers.

“Could you kill your best friend?”. Set in a dystopian future, a class of ninth grade Japanese students is forced to play a state legislated game called battle royale. They are taken to an island where they must kill each other off until there is a lone winner. It is an adaptation of a novel by Koushun Takami and is the final motion picture from the great director Kinji Fukasaku, who was mostly known for his violent Yakuza films like Battles Without Honor and Humanity.

It is a darkly satirical take on the media and what drastic measures a government might take in order to control its unruly youth population. It is also beautifully violent, with outrageous kills and spraying blood. It was highly controversial at the time due to the subject matter of teens killing each other, initially having issues in Japan before becoming one of its most successful films.

Due to the Columbine High School shooting, in didn’t receive an official U.S. release until almost eleven years after its original Japanese release. Most viewers interested in seeing it before then were relegated to obtaining bootleg copies of it. There are two versions of the film in circulation, the original release that runs 113 minutes and an extended cut that is 121 minutes.