Sometimes, sequels with long gaps actually turn out to be good films. Last year, Jurassic World, The Force Awakens, and Mad Max: Fury Road all left most viewers pleasantly surprised. Unfortunately, this isn’t always the case. In this list, we’ll be checking out the worst long-awaited sequels.

Sequels that came out at least ten years after their predecessor (with some wiggle room) face making the cut. In addition, the sequels must have been released theatrically, so that voids all of the straight-to-video Disney cash-ins (sorry Cinderella 2). Another criteria is that the original movie has to be reasonably well received, hence the term “long awaited.” The predecessor doesn’t have to be a classic, but it should have an active enough fan base.

Finally, let’s clear one small thing up. Reviving decade old franchises isn’t an entirely new thing, but it’s something that has become increasingly common in recent years. As a result, don’t be surprised by the amount of recently released films on the list.

It’s not that older long-in-production sequels are better, but rather that there are fewer of them to compete for this dubious honor. If you’re bothered by the fact that there are so many movies released within the past decade, be aware that Psycho 2, Blues Brothers 2000, and Escape from L.A. narrowly avoided being placed on the list.

It took George Lucas sixteen years to dish out a prequel to his groundbreaking sci-fi saga, and what to we get? We get Jar Jar Binks and midi-chlorians. Gee, thanks.

Admittedly, The Phantom Menace may be less of a train wreck than people remember. It brought a number of interesting characters to the Star Wars canon, the supporting cast was rock solid, and the final lightsaber duel remains memorable to this day. It also helps that it doesn’t have the painful melodrama found in Attack of the Clones. Even if it avoids completely nuking the fridge, it’s still an undeniable disappointment compared to the legendary trilogy that came before.

First off, let’s talk about the elephant in the room. Jar Jar Binks seems designed solely to sell merchandise to gullible children. His presence as the comic relief character wouldn’t be so irritating if it weren’t for the fact that he’s painfully unfunny. The silly dialect and generic attempts at slapstick couldn’t possibly resonate with even the most naive of children.

Jar Jar Binks is enough to sour the whole experience, but he’s not the only issue. Frankly, the plot is uninteresting. The pod races feel like a way to show off the visuals instead of a way to push the story forward. On top of that, Darth Maul, as interesting of a character as he’s proven to be in the extended universe, is mostly wasted until the finale.

Then you have to deal with the plot holes, the wooden acting from Jake Lloyd, and plenty of examples of awkward dialog. All in all, Episode I wasn’t as bad as it could’ve been, but it was anything but a great start to the mediocre prequel trilogy. 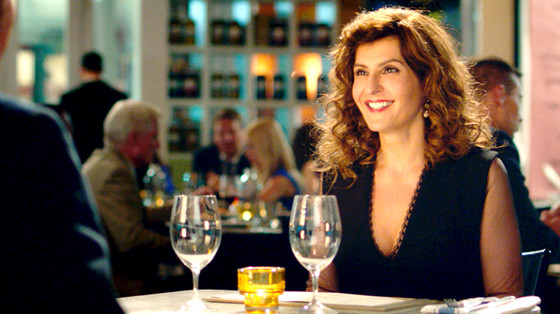 “Look how loud and silly these Greek people are.” That’s the joke this sequel to My Big Fat Greek Wedding shoves down your throat for an hour and a half. There are only so many ways to overexaggerate Greek stereotypes for people’s amusement. The original film covered all the jokes, so this sequel seems like an unnecessary and significantly less funny retread.

It’s not just that the jokes were done in the previous film – it’s that the jokes were done much better. The comedy found in My Big Fat Greek Wedding 2 resembles a generic sitcom that’s desperately struggling to get the ratings it needs. Basically, you’re forced to watch a family bicker for the length of a film. The added bonus is that this bickering family is made up of exaggerated stereotypes. It was fine fourteen years ago, but now it seems lazy.

On a more positive note, he cast is still mostly likable but they’re buried under a generic script that piggybacks off of the far superior predecessor. Backtracking away from that positivity, chemistry between cast members can only carry a movie so far. In the case of My Big Fat Greek Wedding 2, the aforementioned chemistry helps, but it’s not enough to push this movie anywhere beyond mediocrity.

Zoolander may not have been an instant hit, but its status as a cult classic is hard to ignore. After numerous requests, Zoolander finally got a sequel sixteen years later, once again directed by Stiller. Stiller, who has continuously proven he is a competent director with films like Tropic Thunder, The Cable Guy, and The Secret Life of Walter Mitty, completely misses the mark with this oft-delayed montage of celebrity cameos and flat jokes.

The irreverent sense of humor that carried the original film is still present in the sequel, but it’s a tad too “in your face” this time around. This isn’t to say that the original film was remotely subtle, but there was something charming about the absurdist humor. This time around, it comes across as uncomfortably weird. All in all, the jokes are frequently loud but infrequently funny. There are moments where you may crack a smile, but they’re few and far between.

The rest of the humor is made up of unnecessary celebrity cameos that consistently feel like missed opportunities. They both fail to satirize the celebrity and add anything to the already messy plot. These cameos exist only so the viewers can glance at the screen and think “neat, Justin Bieber decided to show up for a few minutes.”

Zoolander 2 is a misfire primarily because it’s not funny. There are other issues like an overstuffed plot and an overreliance on callbacks, but the primary issue is hands down the lack of laughs. Regardless of how you feel about the original movie, you can’t help but feel disappointed when the credits begin to roll.

The fourth Indiana Jones movie is currently certified fresh on Rotten Tomatoes with a score of 77%. Lately, if you talk to anybody out Kingdom of the Crystal Skull you’ll wonder how in the world the film scored so highly. It didn’t take long for the opinions on this movie to shift, and eight years later it’s still going downhill in terms of public opinion. In all honesty, the escalating amount of disdain for the film isn’t completely unwarranted.

Kingdom of the Crystal Skull simply doesn’t follow the winning formula that made the other Indy movies so successful. The mystery solving elements are oversimplified, the lighter tone is unwelcome, the villains are weak, and the plot is over-the-top convoluted.

Indiana Jones movies are so enjoyable because they offer escapism, but with everything that was just listed, it’s honestly a challenge to “escape.” More than anything, you probably wanted to escape the movie theater when you viewed this disappointment mishmash of poorly put together elements.

The most complained about issues with the film are the aliens and the “nuking the fridge” scene. Both of these elements are often justifiably cited as major reasons the movie is considered a disappointment if not an outright failure.

The thing is, if you’ve ever seen an Indiana Jones movie, you probably know why including aliens is a poor choice. The inclusion of extraterrestrials doesn’t exactly connect with the setting and genre of the film. It’s not that Indiana Jones films should avoid fantastical elements, but the inclusion of aliens seems silly and out of place.

When watching fiction, fantastical elements are to be expected. However, when matters of basic science are brought into question, things can get a bit trickier. Basically, the fact that Indiana Jones was capable of surviving the nuke sticks out, possibly even more than the inclusion of aliens.

There are still scattered positive moments in the film, but they’re buried underneath a large pile of inexcusable flaws. Even if you can separate the film from the rest of the franchise, there are ultimately too many problems that prevent Kingdom of the Crystal Skull from being a good movie.

Independence Day was a slam dunk when it was released twenty years ago. The writing was borderline atrocious, the characters were little more than stock characters, and the movie had a tendency to go on for far too long. It theory, it should have been a trainwreck, but it had an ace up its sleeve – it was just too fun to hate. Thanks to thrilling visual effects and jaw dropping action scenes, Independence Day became a modern sci-fi classic in some circles.

Independence Day: Resurgence also had atrocious writing, stock characters, and an overly long runtime, but it’s sadly missing the secret ingredient that made the original such a success. Resurgence is the exact opposite of fun. It’s a soulless, tedious, and worst of all boring experience. It ups the ridiculousness, but removes any sense of excitement.

Equally infuriating is the fact that all of the problems found in the original film are notably worse this time around. The writing in the 1996 original was a big issue, but it looks like 2001: A Space Odyssey next to its belated sequel. The characters are somehow more cardboard this time around than they were twenty years ago.

Finally, Resurgence may be shorter than the original, but it sure doesn’t seem like it. By the sixty minute mark, you’ll probably be checking your watch wondering how it has only been one measly hour.