Part of the magic inherent to a classic film is that there is no set formula for producing one. Virtually every genre, convention, tone, and method of execution available to the filmmaker has produced at least one masterpiece. Thus, there are no rules totally set in stone for an artistic masterpiece in cinema. Instead, inspired people simply have great ideas, and classic films simply come to pass.

Yet, one characteristic is ubiquitous in classic films- conviction. Classic films are those that have their own voice, that push our perceptions and challenge societal conventions. Those with a distinct philosophical stance, or simply those that push existing genre formulas further and more efficiently than it has been achieved prior.

Of course, in the pursuit of this, audiences must be challenged in ways that verge on discomfort. A classic film must never be afraid to shock, and they rarely are. In fact, many classic films provide us with scenes so outrageous that even the most distinguished film delves briefly into the territory of exploitation.

Here are 20 examples of moments in classic films so outrageous that their notoriety often equals the distinction of the film, and precedes the film in the annals of pop culture.

Prepare to be shocked.

20. Rape scene from “Once Upon a Time in America” 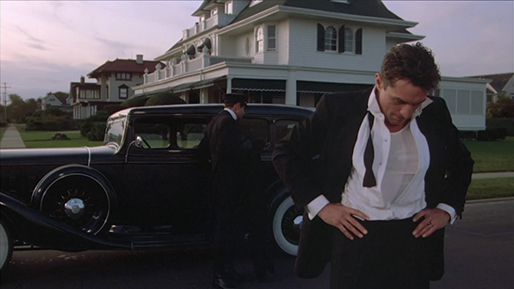 Gender politics is an issue that Leone’s final film can hardly be described as progressive as it is. Yet, this horrifying encounter between none-other than our protagonist Noodles and his lifelong paramore Deborah is particularly devastating, mostly for its realism.

Having been romantically rebuked as a child in his advances, Noodles vows to woo Deborah in adulthood. The gangster books out an entire restaurant for a beachside soiree. Later in the night, in the back seat of a chauffeur driven car, his physical advances are denied once more. In one extended medium shot, we see Noodles brutally rape Deborah. The scene is played out by actors Robert De Niro and Elizabeth McGovern in startling detail.

After roughly two minutes of clothes tearing, screams, and limb flailing struggle, Noodles leaves Deborah devastated in the car. Our affinity for the protagonist can no longer be anything close to absolute, yet the film marches brazenly on.

The worst part is the chauffeur sitting in the front seat, not intervening or reacting in the least.

19. The climactic confrontation from “Straw Dogs”

In a scenario that seems gleaned from the realms of horror cliche, a rustic holiday home rented by a meek maths professor is stormed by frenzied, violent rural thugs. The catch? The maths professor has had enough, and is intent on killing all who attempt to enter.

In one of cinema’s foremost depictions of vigilante justice, David Schumer, who has seen his wife Amy abused and his honor violated, defends his house in a most callous fashion. He wraps hands in barb wire, scalds people with water, and holds a knife to a man’s neck. And this is all before the gun and the beartrap provide a blitzing climax.

Part of the brilliance of the film’s ending is that it does not reconcile David’s brutal rampage, and leaves us cryptically guessing as to the outcome for David and Amy. David is left literally venturing into the dark, implying that there can be no easy answers for those that sell their soul to brutality. Of course, one has no idea if this more liberal interpretation is anything close to director Sam Peckinpah’s intention.

18. The gang assault from “The Accused”

Jodie Foster’s portrayal of her character Sarah Tobias as a tempestuous flirt at the onset of this agonising rape scene was a brazen gamble, as rape victims to that point had typically been presented as innocent and unoffending on film. But, the fact that this exchange begins as consensual flirting makes the scene all the more politically provocative and calls for a discourse on women’s rights of consent that is as relevant today as it was in 1988.

Beginning small and building to an agonising frenzy, this scene sees a dancing Sarah attempting to back off a man that she had up to that point been physically interested in. Far from relenting, he hoists her up onto a pinball machine and begins an assault that will soon involve many of the men at the bar, whilst others conduct their business as though nothing is happening.

The apathy is staggering, but so is the editing. Prince’s “Kiss” is used to devastating ironic effect during the initial gawking and physical interactions. The gang rape itself is edited so as to make use of quick jarring cuts. You never see everything, but you feel the effect. The fact that it takes much of the film to see the scene ensures you have invested in Sarah as a character first. It is obscene to be sure, but meaningful also.

17. The turtle from “Cannibal Holocaust”

Animal lovers may wish to reserve the right to skip this entry.

The hacking to pieces of a turtle for consumption is hardly an unrealistic scene for a film involving brutal cannibals in uncharted territory, untouched by the west. However, the troubling thing about this sequence is that the butchery is being committed by the westerners, complete with a movie camera to film the event; and they take unnerving glee in the act.

First slicing the animal’s limbs off, we see one of our western protagonists grinning at the camera lens sporting the severed limb. The turtle is hacked to bits by its highly amused attackers, and there is nothing the audience can do but cringe.

The scene’s hyper-realism is what is so disturbing. A real turtle was slaughtered on set and it really shows. Ever wondered what a turtle’s belly looks like the shell hacked off? You may rue your own curiosity. Through the gruesome display of innards and blood, and in the throes of such violence, the turtle is an alarmingly silent presence, almost docile. It is as though the animal is begging for a mercy not known to this frenzies faux documentary team. Disturbing indeed. 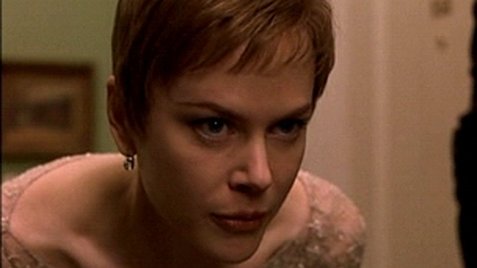 Perhaps this entry to the list may distinguish itself in that this is a scene so provocative that it hamstruck a largely misunderstood film’s chances at being perceived as a classic. It is documented that Jonathan Glazer’s “Birth” was met with boos and catcalls.

The film has received a tentative critical reappraisal in recent years, with more people beginning to sing its praises. The cinematography is exquisite, as is the production design. The performances are strong and rounded, and the film has a lot to say about the upper class and loss.

So, why the initial critical chiding? Why the explosive Cannes response? Well, maybe it has something to do with the bathtub scene.

You see, the film centers around Anna, a young widow about to marry for the second time. Her life is turned upside down by the arrival of Sean, a ten year old boy who claims to be the reincarnation of Anna’s dead husband. They kiss, they hold each other, and Anna seems conflicted about her upcoming marriage to her eligible beau. All of this is the stuff about controversy, to be sure. But the scene in which young Sean confidently undresses and joins Anna in the bathtub is particularly incendiary.

Though understated in its execution, and conducive to the film’s themes of loss and reconnection, this is indeed the scene that broke a movie. Further reevaluations may assist matters somewhat, but this is hard to watch, and even harder to ignore.

15. First sex scene from “Blue is the Warmest Color”

As tender as this film is in its dealings with its characters, as sweet as Adele’s glances of unfettered adoration are towards Emma, and as starry eyed as their beginnings may be, their eventual consummation of their relationship is portrayed with sheer indulgence, audacity, and shamelessly European outlook. The result is a ten minute sex scene that would make Caligula blush. What do you see? What do they do? The most comprehensive answer? Everything.

This is a dizzyingly indulgent sex scene that will force you to question the validity of any time you have performed the act yourself. A brief opening flurry on the feet leads to a prolonged period on Emma’s bed, during which, lying head to toe, Adele and Emma truly lost themselves in each other.

The remainder of the film features only fleeting sex scenes, this scene being sufficient to capture the entire scope of desire from two erotically charged people who have slowly built anticipation within themselves towards this first vivid encounter. If you can get through this sex scene without succumbing to cringeworthy intensity, you can get through anything. It is an endurance test for the audience, borne out of the heightened passions of the characters.