And, never is this dynamic better balanced than towards the climax of the film. In a scene that echoes the climactic scene of Raging Bull, which itself once echoed the sentiment of On The Waterfront (post modernism at its finest), Dirk Diggler practices his lines for a comeback performance. He seems to have recovered his life and esteem, and the scene finds him, though technically reciting a script, feels oddly like a man reflecting upon his own life’s journey.

6. Sex scene from inside the body from “Enter the Void” 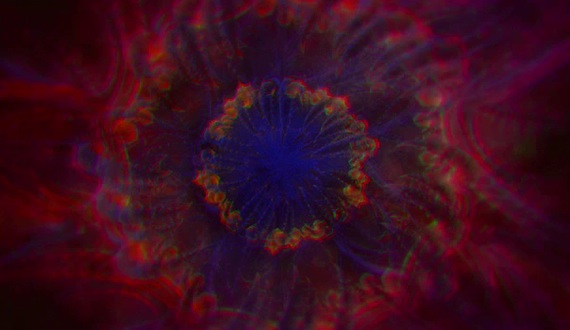 It is fair to say that Gaspar Noe wants you to reassess how you feel about sex. This is the man who forced you to sit through an excruciating one take rape scene in “Irreversible”, and his film “Love” pushes sex to its most grotesque recesses. Yet, this one may take the cake, though a food analogy is the last thing one may want right now.

Simply put, this sex scene takes place inside the body, depicting penetration as it more than likely (one may never have taken the time to think about it practically) looks from inside the body. As such, we witness a thrusting appendage as it rhythmically strikes a vaginal wall. The sequence lasts for what seems like an enough time to classify as a minor endurance for the audience.

The sequence has all of the Noe flair. Visual sensation, bright color, visual invention, and challenging material. Thus, I suppose the audience should be grateful. Just, try not to watch it with your parents or family elders, lest you become somewhat less grateful.

5. Shooting the kid from “Once Upon a Time in the West”

When Henry Fonda showed up on the first day of filming “Once Upon a Time in the West”, he was sporting a goatee and brown contact lenses. Sergio Leone immediately asked both stylistic additions removed, he wanted Henry Fonda to look like Henry Fonda. Why?

Well, as Leone put it. What if the audience were to witness the cold-blooded murder of a child, the camera pans around and the mesmerized audience, in one inaudible voice would think, “Jesus, that’s Henry Fonda.”

Yes, Henry Fonda had been the perennial good guy in cinema. He had had even play “Honest Abe” himself, yet this sequence is an operatic rendering of pure terror.

As Frank (Fonda) and his men terrorise and brutally murder an innocent family, they do so with little regard. Yet, a debate rises over the fate of the last remaining child. That is, until one of Frank’s cronies mentions him by name. This is when the diabolical Frank knows just what he must do. And he does it all whilst sporting Fonda’s trademark baby blue eyes.

This is the stuff that makes a villain.

4. The butter scene from “Last Tango in Paris” 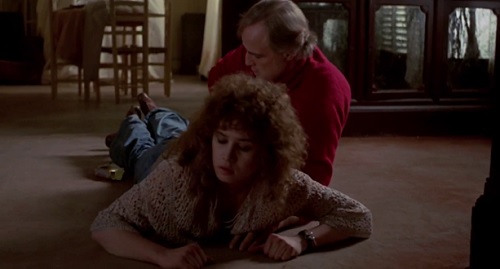 Marlon Brando always had a tremendous handle on improvisation. After all, the “errand boy, sent by grocery clerks” was a Brando improvisation. Yet, the acting legend often took his penchant for the ad lib to negligent lengths with his co-star Maria Schneider with Last Tango in Paris. Amidst shakily strung together sequences like chasing her around a dance floor and a hideous monologue involving molesting her with a decaying pig, Schneider was left damaged and resentful of Brando after the shoot.

Few relationships in film history have been as destructive as that of Paul and Jeanne, or of course of Brando and Schneider themselves. This sequence is agonising, as the film itself can be. But, like the film itself, you may find it speaks volumes to those ever trapped in a relationship that takes far more than it gives.

As famous a sequence as appears on this list, and the stuff of perpetual homage, with many a young filmmaker trying in vain to find the kind of hip in brutality cynicism that Tarantino can produce at the drop of a hat. Many have tried it, few have equaled it.

So the scene is simple, his cohorts leave the warehouse to go about solving the mystery of who is the undercover cop. This leaves the sociopathic Mr. Blonde in charge of the kidnapped cop. This, as one might expect, cannot end well. What results is Mr.Blonde brutally torturing Officer Marvin Nash, and mutilating the cop’s ear with a shaving razor. In his words, “not to get information, because it’s amusing to me to torture a cop.

The material would be pure exploitation in other hands. Dull, lifeless, gore for its own sake. Yet, Tarantino stakes his claim on the directing game by proving that he can make the scene utterly unforgettable. The soundtrack is Stealers Wheel “Stuck in the Middle with You”.

2. Crucifix masterbation from “The Exorcist”

The staging of this horrific scene is, nonetheless, cinematically brilliant. You never see an area of young Reagan’s body which could be considered pornographic. The crucifix is caught in a close-up, being thrust up and down, we cut to Reagan’s face for confirmation of what is being done, then back to a medium wide shot of the adults horrified expression. Even when Mother Chris attempts to disarm her possessed daughter, this pays out via a brief close-up of their hand as they struggle.

Perhaps the ambiguity makes it all the more disturbing, as the audience is invited to use their imagination to picture the physical devastation.

At last, the quintessential notorious film scene. A journey into exploitation so obscene that it boggles the mind to think that this film almost won Best Picture. A leering toothless rapist glaring down at his adult prey. His simpleton accomplice. Waiting for the inevitable to happen. The hideous attack, so graphic and playing out in real time. The quotes “boy you look just like a hog”, and “squeal like a pig, boy.” Not to mention others.

To get through this sequence is to truly know just how far film is willing to go, how boldly filmmakers are willing to present their vision.

Are there concessions? Well, the characters do make good an escape. Physically, that is. The message of the film is that the three childhood friends innocence has forever been lost by this horrific sexual assault, and that part of them will forever be left in that canyon, whether they make it out of the town or not.

As with most controversial scenes, you must ask why. Why the extreme nature of the message? Is it pure hyperbola? Like all great disturbing scenes, the answer here is no. Deliverance is the tale of three city slickers who consider themselves to be good, old fashioned American men. Their attitude to the small towners is condescending from the start.

There are crying out to be taken down a peg, and they are. It is a cautionary tale against disrespecting the unknown, and presuming a command over that which can never be commanded. In other words, there is a message in the madness.