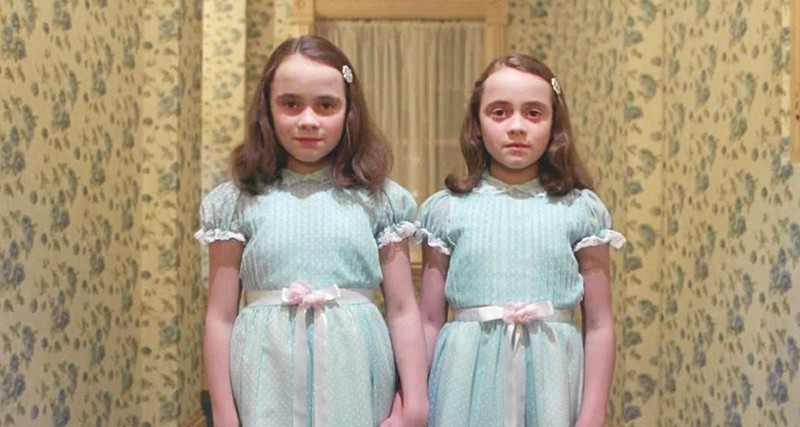 The word “horror” is defined by Merriam-Webster as “painful and intense fear, dread…” Not a surprising summation of what the Horror Film genre tries to instill. In the past decade, theatrical horror films have been dominated by the company Blumhouse Productions. Their spotty releases have included “Paranormal Activity”, “Sinister”, as well as the “Insidious” and “The Purge” soon-to-be franchises.

It seemed, for a bit, that the genre was relegated to “jump-scares” and loud musical stings that make audiences leap. Those releases, as well as others, have a very hit-or-miss final result. 2016’s “The Witch” shows a light at the end of the tunnel. And here is the reason why.

One sub-genre of horror doesn’t particularly scream box-office gold, and that, more than anything else, has led to its scarcity. That genre is the EERIE FILM; Movies that take a while to develop characters audiences care about, and instill a general sense of “dread.” These films may not make you jump, but instead rely on mood and atmosphere, as well as successful character likeability, to get under your skin.

The 20 films on this list use the slow-burn technique. The attention given to the smaller details, and the surrounding locations all add up to movies that stay with you long after the final credits. Even thinking about a terrifically eerie movie is enough to give you goosebumps for years, even decades later.

Here, in chronological order of release, are 20 films that are sure to induce shivers and happily warrant repeat viewings. It’s certainly no wonder that each and every title on this list has its loyal cult following. Some titles are already required viewing for any respectable horror fan.

It’s to be hoped that even more of these films you have never heard of. If you’re not familiar with some of these, you might want to take the time to seek them out. They are all definitive examples of EERIE movies.

The director of “Dracula” followed up that classic of horror with this one-of-a-kind freak show, literally. “Freaks” has a cast that mixes actors with honest-to-goodness carnival-sideshow workers.

The result is a movie that truly needs to be seen to be believed. Once seen, it’s impossible to forget the scene of the “freaks” initiating a “normal” into their ranks. “One of us…One of us.” A true original that has endured for over 80 years.

This gothic chiller based on Henry James’s “Turn of the Screw”, with a screenplay by William Archibald and Truman Capote, is a beautifully shot, disturbing masterpiece. Deborah Kerr plays Miss Giddens, a British governess to two precocious children. She believes the incredibly wealthy boy Miles and his sister Flora are possessed by the spirits of their former nanny, and the absent valet, Peter Quint.

Memorably shot in black and white CinemaScope, the enormous mansion location takes on a creepy quality all its own. There is a scene where Kerr kisses Miles (Martin Stephens) lovingly on the lips, only to discover that she has smooched a completely different person. Is it all in Miss Gidden’s imagination? Or is an exorcism the only solution to end her madness? “The Innocents” is a movie that demands a second viewing, if only to answer the inevitable question: Did I really see that?

Considered by many to be the best “haunted house” movie ever made. It’s difficult to argue that it is not. The screenplay is by Nelson Gidding, based on the novel “The Haunting of Hill House” by Shirley Jackson. Wise makes the…wise choice to never actually show a ghost. Not one.

The movie has subtle enough touches that even a closeup of the bedroom’s wallpaper turns into a jumble of pained faces. Or does it? “The Haunting” isn’t concerned with CGI effects, and gotcha scares. The sound alone of the spirits is unforgettable; pounding down the hall, growing louder and closer every second, yet never to open the locked bedroom door.

A terrific thriller that is never, ever to be confused with the God-awful bomb; the 1999 remake. Perhaps horror directors should be required to watch both films back to back; a great lesson in what not to do.

A classic film from one of cinema’s best directors. Thank goodness it wasn’t made by its producer, William Castle. Certainly, Castle’s self-directed movies have their own classic status and charm.

Titles such as “The House on Haunted Hill”, “Macabre”, and perhaps most famously “The Tingler” are genre classics in their own right. But Castle’s heavy-handed style simply would not have worked. It’s a testimony to Paramount’s Robert Evans’s genius, that he brought in Polish director Polanski. The script closely follows its source, Ira Levin’s novel of the same name.

But that turns out to be a good thing. This is another movie in which the setting is a character as well. The infamous Dakota (where just outside, tenant John Lennon was shot) is re-titled The Bramford, and to this day retains its power to unnerve. Another beautiful, Gothic location used to maximum effect. Ruth Gordon’s Oscar-winning role as Mia Farrow’s neighbor is at turns funny and menacing.

Perhaps the casting of John Cassavetes as Farrow’s husband, the scheming actor Guy, was a bit on-the-nose. Though, it’s hard to argue that any other actor would have done a better job. It was also the first movie to place devil worship in contemporary times. The film’s final moments are the stuff that genre classics are made of. “What have you done to its eyes??” A seminal movie to all fans of cinema alike.

A love-it-or-hate-it title that has its devoted fans, and equally devoted non-believers. Audiences at the time stayed away in droves. Over 40 years later it stands as a litmus test for whether or not a slow build-up is for you.

An underrated movie with two fanatstic actresses: Zohra Lampert as the titular protagonist, and Mariclare Costello as the is-she/isn’t-she vampire villainess. Her outstanding performance anchors this subtle title. She has a perfectly haunting presence that at times seems malevolent, and at times comes across as just a wandering hippie.

The awesome early dinner scene wherein Mariclare, and Zohra Lampert’s husband (Barton Heyman) sing and play the cello, respectively, results in a haunting folk song with lyrics “Stay forever, my love, my love.” Overlaid with the voices in Jessica’s head, the moment becomes forever etched in the mind.

Perhaps the next scene, a seance in an empty country estate, is even creepier. Even though the seance produces no spirits, it’s one of the best scenes of its kind ever. If you’ve seen it before, and weren’t impressed, a second viewing may be useful to appreciate its quiet, brilliant story. 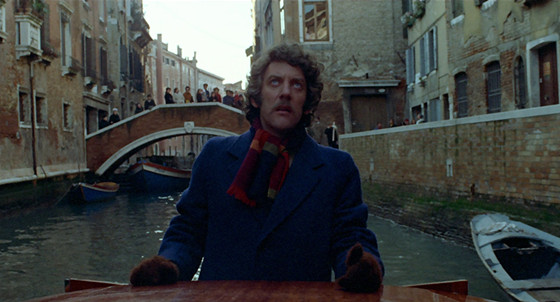 The obligatory addition to this list, Roeg’s translation of Daphne du Maurier’s novel instantly became a genre favorite among critics. A British-Italian film that should be required viewing in current film classes worldwide.

Donald Sutherland and Julie Christie give career-high performances alike. A perfectly-cast couple who looses their daughter to a pond on their property, then decide to relocate to Venice, where John (Sutherland) is hired to renovate a cathedral. Their other child, a son, is sent off to a boarding school.

The natural, stunning Italian locations are absolutely perfect, and add a sense of claustrophobia and mystery to the story. The plot is mostly concerned with a serial killer in Venice at the same time, and continual vague sightings of what appears to be a little girl running around the city. She (it?) is always glimpsed quickly, causing John to question what’s going on.

Is it the ghost of his daughter? Is it his daughter? A seemingly easy puzzle becomes quite complex when mediums and psychics are added to the mix. A beautiful art film that makes the viewer feel many different emotions, all in one film. Is it creepy? Well, it wouldn’t be on this list if it weren’t. Is it an art film? Definitely. Required viewing.